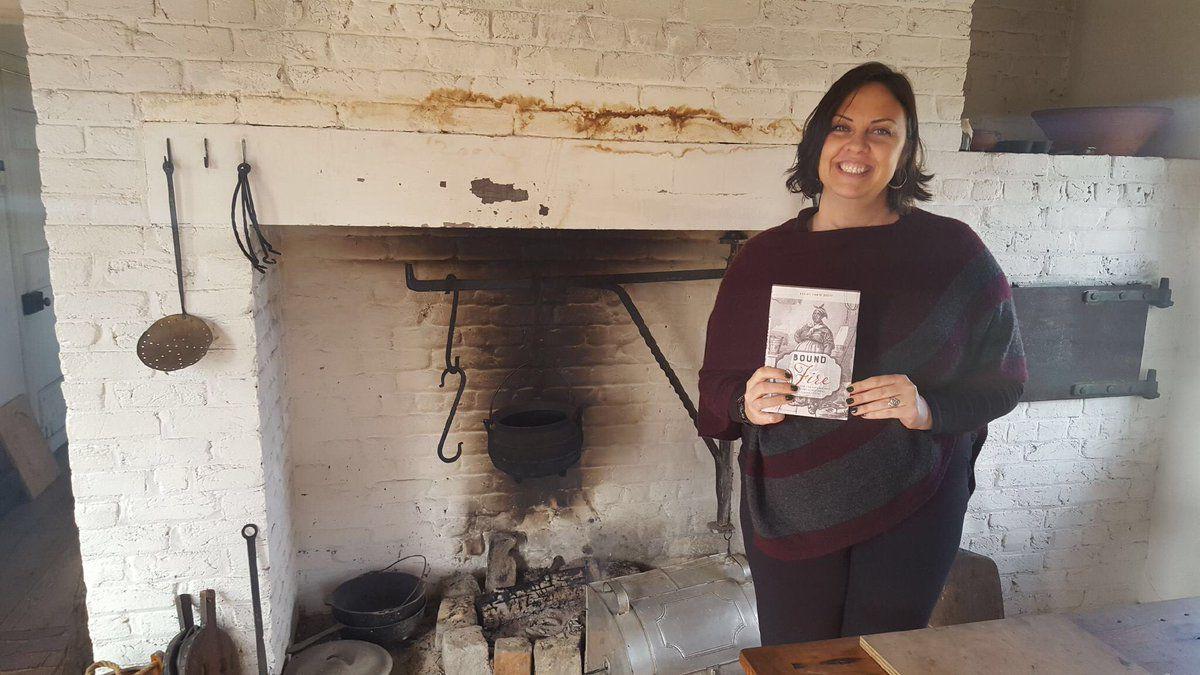 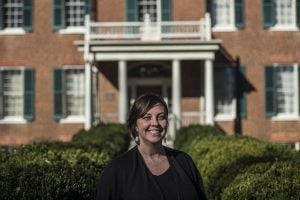 Ten years as a chef gave Kelley Deetz, Stratford Hall's new director of programming and visitor experience, a unique perspective as she researched and eventually wrote a book on enslaved cooks at Colonial Virginia plantations.

Ten years as a chef gave Kelley Deetz, Stratford Hall's new director of programming and visitor experience, a unique perspective as she researched and eventually wrote a book on enslaved cooks at Colonial Virginia plantations.

There’s much in the experiences of Kelley Fanto Deetz to explain her being chosen as Stratford Hall’s new director of programming, education and visitor engagement.

To start with, she’s the daughter of a University of California at Berkeley professor whose focus on history took her to an archaeological dig at a James River plantation. She calls it “the beginning of the bug that bit me.”

As she grew up in Berkeley, Calif., an ever-present focus on politics and social justice made her “realize how important it is to find stories that have never been told, and bring them into the light.”

It was enough to send Deetz to the College of William & Mary, where she found plenty of those untold stories in classes like African–American history.

A very different experience—10 years spent as a professional chef in California before her college years—also played a pivotal role in her journey to Stratford Hall, the Westmoreland County home of the Lees of Virginia.

Mix that with graduate and doctoral degrees in African–American studies and anthropology at U.C. Berkeley—with a focus on 18th- and 19th- century plantation communities in Virginia—and Deetz soon enough was telling the stories of women and enslaved African–Americans on Virginia plantations.

“My dissertation was on enslaved cooks in Virginia,” said Deetz, noting that it eventually became the book “Bound to the Fire: How Virginia’s Enslaved Cooks Helped Invent American Cuisine.” “I focused on their cooking, but in doing so came to understand the role these cooks played in developing the plantation world that we think of, and plantation culture.”

Poring over handwritten cookbooks and recipes was a way to start.

“I looked at the contents of the food, but also for clues on the labor involved in each recipe,” she said. “The enslaved were the ones cooking the food, so examining the recipes helped me figure out what their day was like, and how much work was put into a typical day in a kitchen on a plantation.”

Take, for example, oyster stew, which was served often at Stratford Hall.

“It starts with the shucking of 100 or so oysters,” said Deetz. “Then the cook would make a roux, on a hearth over a roaring fire, having to strain to not burn the butter or flour or herself making it beautiful and perfect. A lot of steps went into this one dish—just one of many on that day.”

Deetz said her research brought her to Stratford Hall in November 2015.

“I fell in love then with this place,” she said. “There’s something about the history here, a gravity I never felt anywhere else. It pulls you into wanting to ask questions, to be more curious than you already are about the past.”

Her work since being hired last summer has included redeveloping the tour visitors take to make it more inclusive.

“We want to talk about the daily lives of everyone who lived here,” Deetz said. “The historical figures many already know about, but also those in the enslaved communities and especially the lesser-known Lees.”

She said it helps to flesh out everyday things—from food to entertainment to clothing—so people can relate to what life was like there.

To tell new stories, she said there’s been extensive training for staffers, with good use made of the Stratford Hall archives, which Deetz calls phenomenal. The level of detail in the archives delivers information that’s often fascinating.

“Our probate inventories and other sources make it clear that the Lees loved their Madeira [wine],” said Deetz. “They would insist that their Madeira come on a particular route across the Atlantic from Portugal down past the equator, to heat up the wine barrels, then back up to Virginia. They loved to entertain and spent a lot of time with the precision of their menus.”

Deetz doesn’t shy away from the special circumstances present in telling Stratford’s story, which include both a large enslaved community and the well-known Confederate commander, Robert E. Lee.

“There’s no reason to shrink away from it; this is the home of the Lees,” she said. “It’s where Robert E. Lee was born, as well as where so many other Lees were. Our job here isn’t taking away any of that history, but adding to it, showing it in its full complexity by including all the people who lived and worked here.”

While some historic homes and plantations create separate programs to talk about enslaved communities, Deetz said she does not favor that approach.

“I think it’s important to tell the history together,” she said. “These people lived out here together, and I think you lose something when you separate them to talk about them. They were, in fact, all living here in one space.”

Deetz also takes issue with a widely shared historical perspective: that kitchen and house slaves had an easier life than those who worked in the fields.

“That’s a big misconception,” she said. “Think about having to work as a cook and be on-call 24 hours a day, with no private moments. If somebody showed up at 2:30 in the morning and they’re hungry for something, guess who’s waking up to cook it.”

Not to mention the challenges of lugging heavy iron pots on and off open fires, with burns a regular part of the job of cooking over an open hearth.

“The way they tested the temperature of an oven, when they were baking bread, was to stick their arm in,” said Deetz. “If it was hot enough, it would burn them a little bit. Imagine doing that every day of your life.”

What: "Forum on Racial Understanding: Finding Stratford’s Enslaved Stories" Exploring archival and archaeological data, Kelley Fanto Deetz, director of programming, education and visitor engagement at Stratford Hall, will share stories of some of the enslaved laborers who helped build and maintain Stratford.

How much: Free and open to the public.