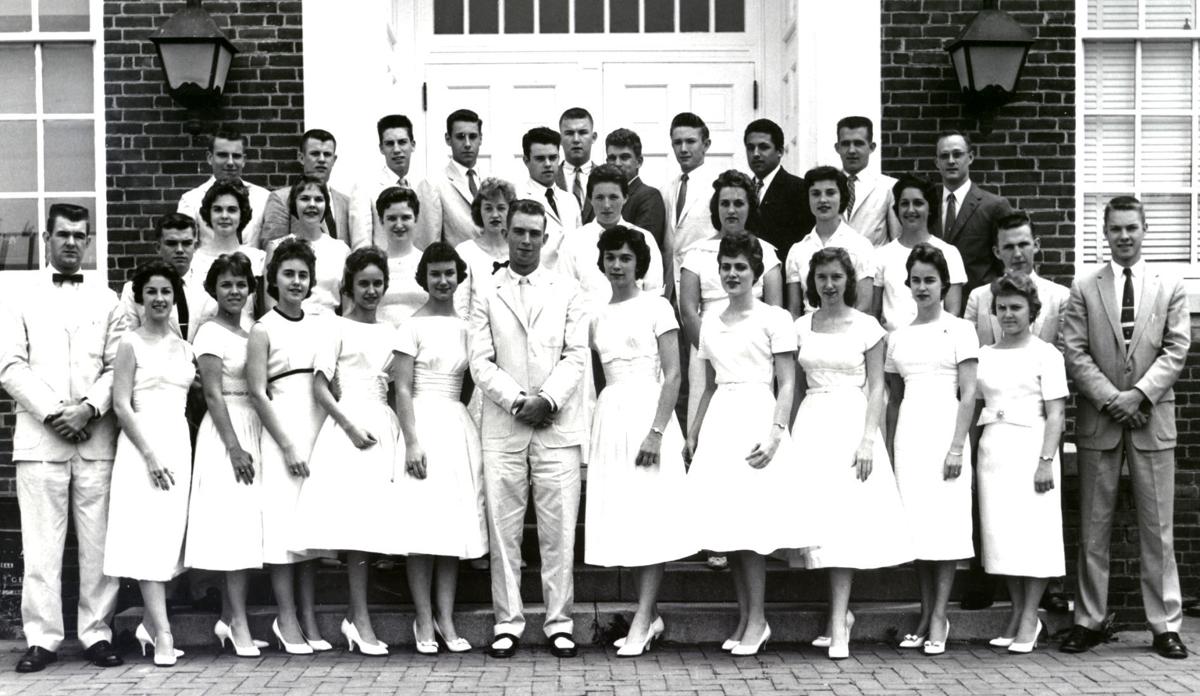 Caroline High School’s Class of 1959 gathers for a group photo in front of the school. Caroline alumni who graduated between the years of 1940 and 1959 are invited to an all-class reunion to be held in August at Bowling Green Town Hall. 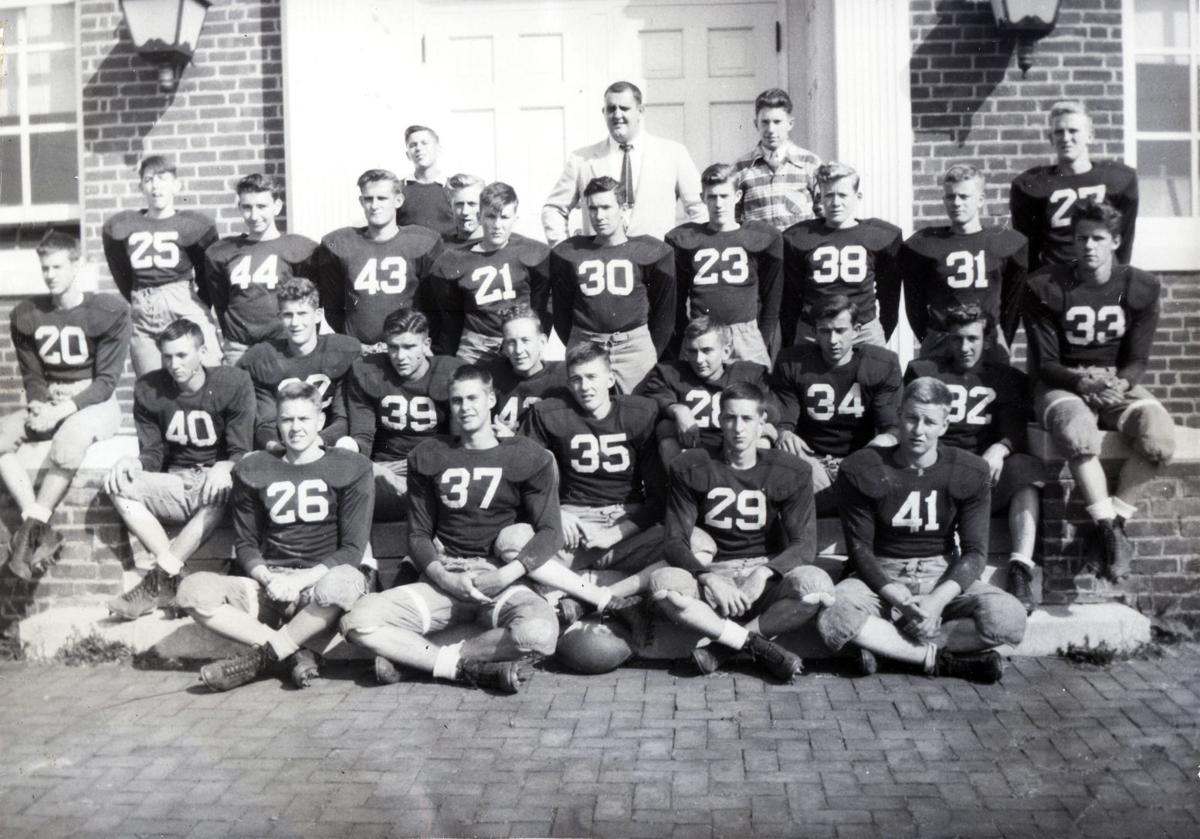 The first football team at Caroline High School poses with coach James ‘Smoky’ Stover in front of the school in 1948. There will be a reunion of all classes that graduated from the school between the years of 1940 and 1959 later this summer. 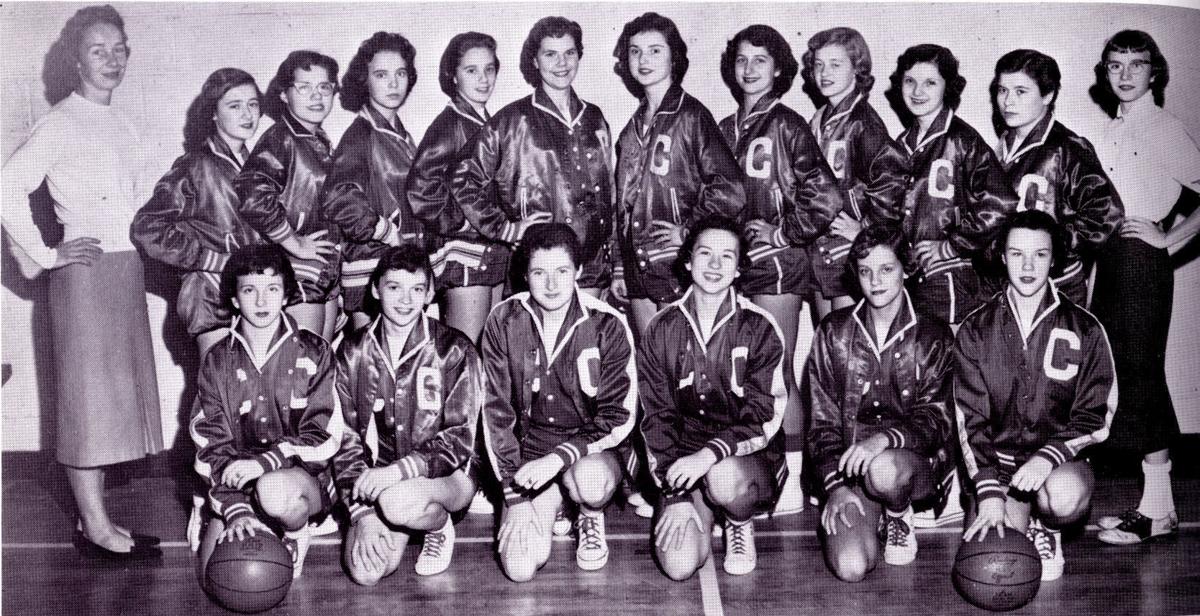 The Caroline High girls basketball team poses in 1948. A multiclass reunion is set for August.

Caroline High School’s Class of 1959 gathers for a group photo in front of the school. Caroline alumni who graduated between the years of 1940 and 1959 are invited to an all-class reunion to be held in August at Bowling Green Town Hall.

The first football team at Caroline High School poses with coach James ‘Smoky’ Stover in front of the school in 1948. There will be a reunion of all classes that graduated from the school between the years of 1940 and 1959 later this summer.

The Caroline High girls basketball team poses in 1948. A multiclass reunion is set for August.

With its imposing brick façade and flight of marble steps leading to the front entrance, the old Caroline High School seemed like the most magnificent school in the world to its students of the 1940s and ’50s.

Graduates of the school between the years of 1940 and 1959 are invited to reminisce about their alma mater at an all-class reunion to be held Aug. 25 at Bowling Green Town Hall.

The school, which sits just outside Bowling Green on U.S. 301 and now belongs to the School Board, was built by the Works Progress Administration in 1938 and welcomed its first group of students the following year.

It brought together high school students from different parts of the county for the first time. Because segregation was still in place, African–American students attended Union High School farther down U.S. 301—the building which is now the Caroline County Community Services Center.

Gordon Barlow, who graduated from Caroline High School in 1956, is one of the members of a steering committee of 13 who are organizing the reunion. This is the first all-class reunion ever organized for the school, Barlow said.

“A few of us were talking one day said and we said, ‘Hey, we need to get everybody together,’” he said. “Lots of us were friends, but in different classes. We just decided, what the heck, let’s give it a shot. So we got together a steering committee and worked on it real hard.”

“It was a small community,” Barlow said of Caroline in the 1950s and ’60s. “There were only about 250 in the school, which is not a lot. There were not many in a class at any one time, so we think we can reach out to everyone.”

Teachers who were employed at the high school during that time are also invited.

Barlow said that so far, the committee has identified and sent invitations to 282 CHS graduates, some living as close by as Bowling Green and some as far away as the Philippines, Spain and England.

“Pretty much all the states are represented,” Barlow said. “And it seems like every couple of days we get a new name.”

Some of the graduates are well into their 90s. The oldest woman Barlow said he spoke to is 96. She lives in a nursing home in Richmond and told Barlow she would definitely come to the reunion if someone could take her.

“So I’ll go down and pick her up,” said Barlow, who is 80 and lives in Staunton.

Barlow said the only class that will not be represented so far is 1943. He and the committee members would love to hear from anyone who graduated in that year—and from anyone they may have missed in compiling their old class lists.

After he graduated from CHS, Barlow went to college and became a pharmacist. He eventually owned a chain of drug stores and now works as a health care management consultant. But he recently completed a book on the history of Virginia’s western frontier, representing a love of Virginia history that was inspired by one of his high school teachers.

“Ms. Anne Conway,” he said. “She lived in Bowling Green and her life was raising all of us. She was everybody’s history teacher and she was the one who just changed my life. Without her, I would never have gone to college or anything.”

“She taught me to love Virginia, to love history and to love America,” he continued. “At the time, I didn’t think she was right, but she was.”

If you graduated from Caroline High School between the years of 1940 and 1959 and did not receive an invitation to the reunion, you can contact Gordon Barlow at 540/448-0344.