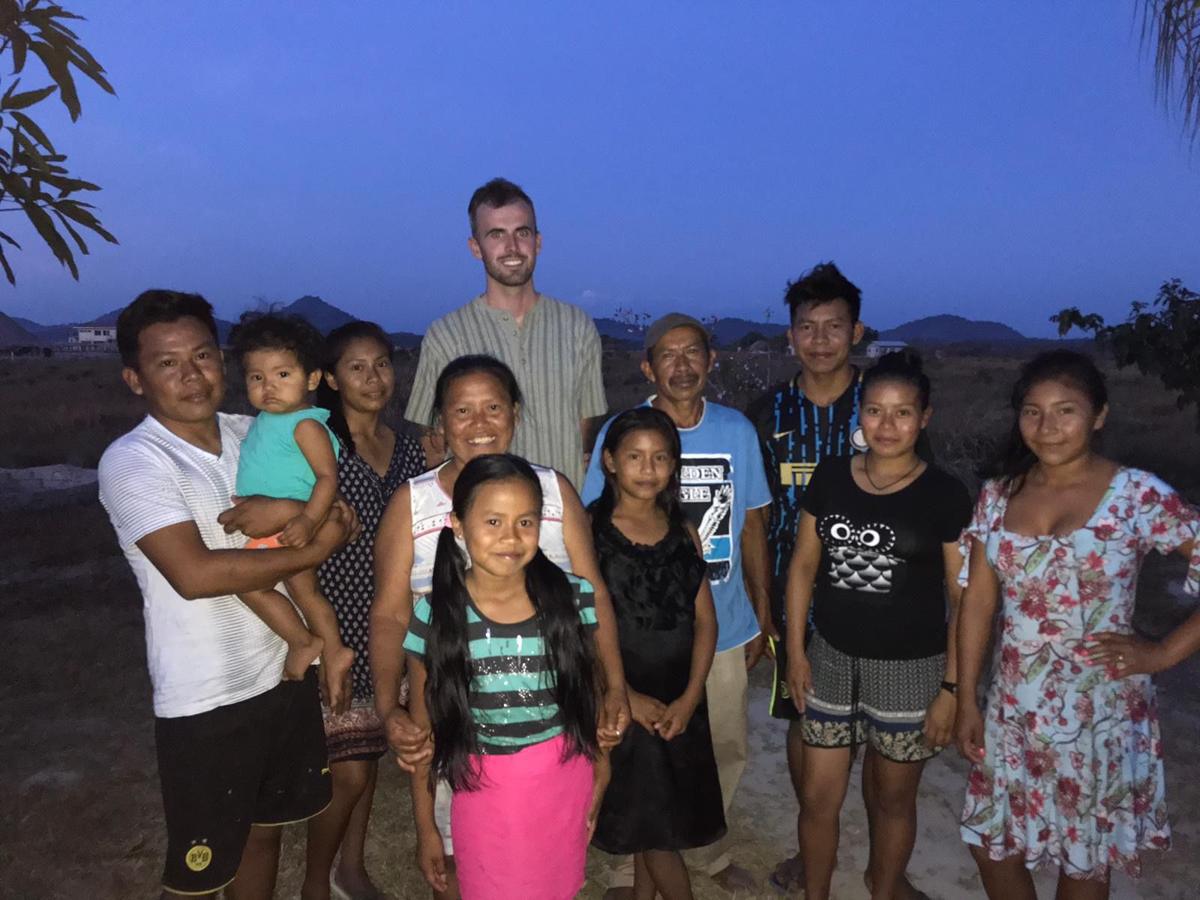 Tristan Jilson with his host family in North Rupununi, a rural district in Guyana. 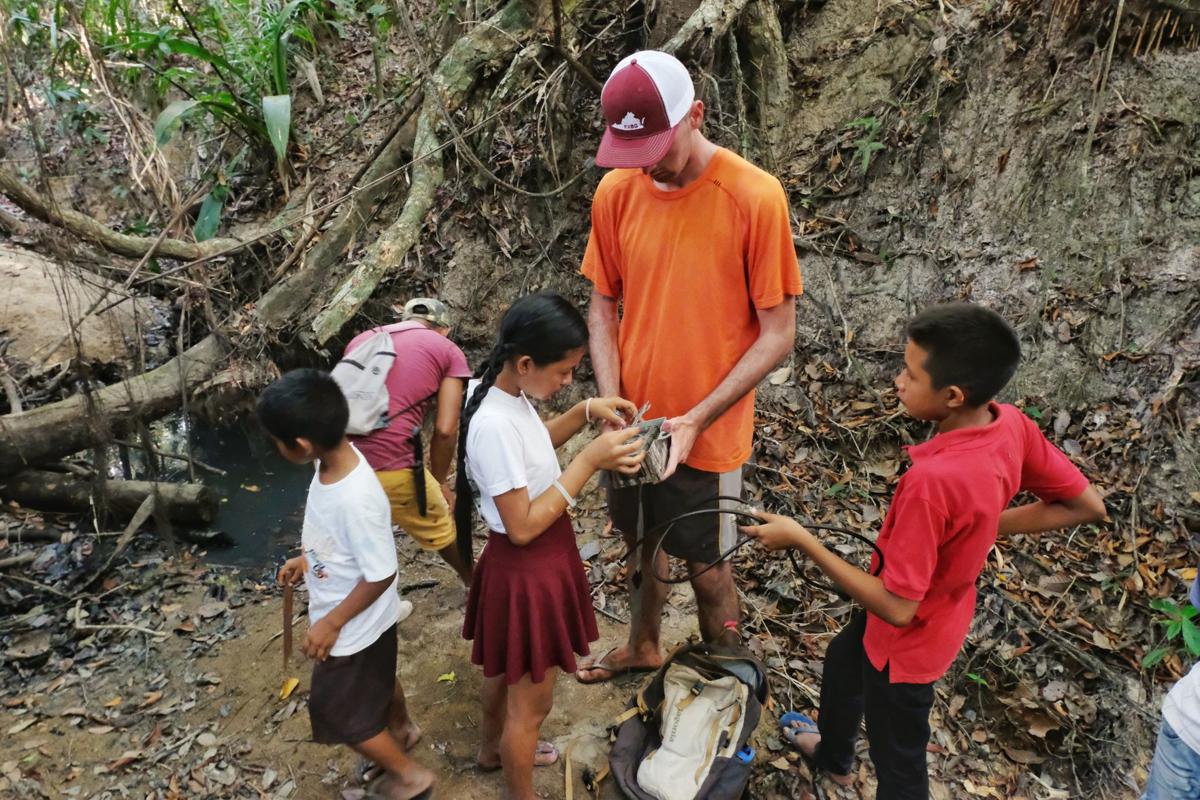 Tristan Jilson shows members of his wildilfe club how to set up a camera trap, which captured photos of a giant anteater and an ocelot. 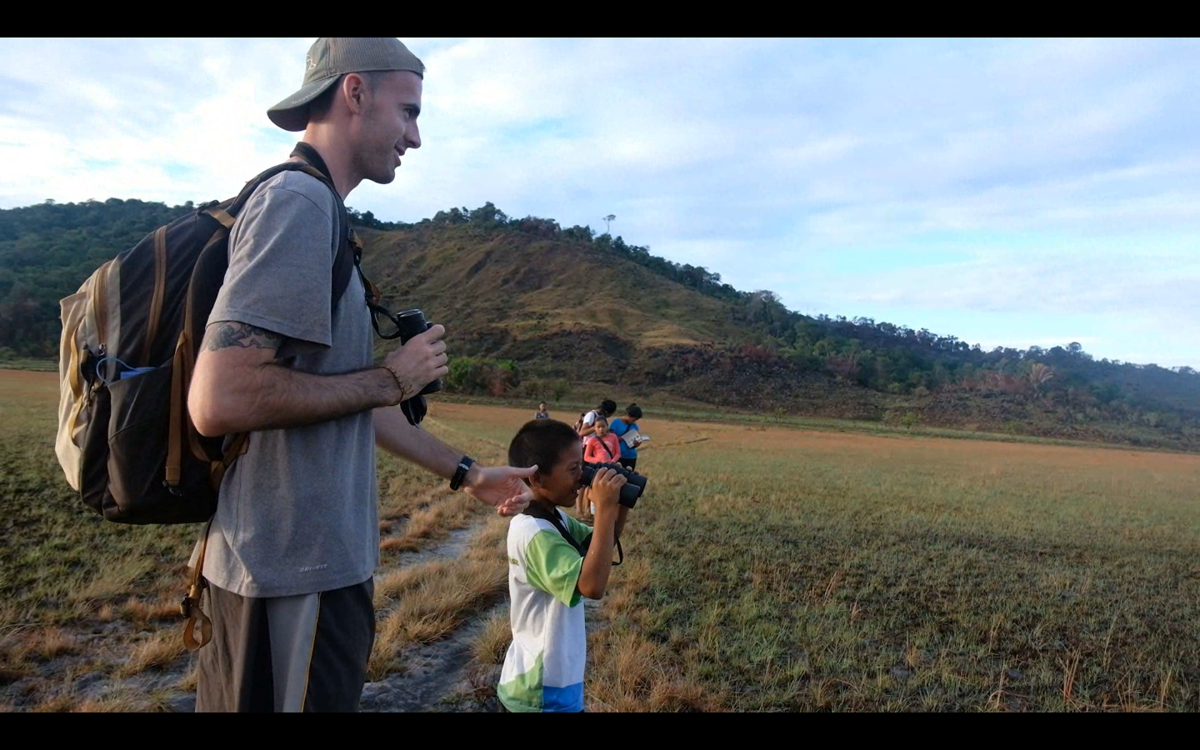 Tristan Jilson, a Peace Corps volunteer in Guyana who graduated from Colonial Forge, took members of his wildlife club birdwatching every Saturday.

Tristan Jilson with his host family in North Rupununi, a rural district in Guyana.

Tristan Jilson shows members of his wildilfe club how to set up a camera trap, which captured photos of a giant anteater and an ocelot.

Tristan Jilson, a Peace Corps volunteer in Guyana who graduated from Colonial Forge, took members of his wildlife club birdwatching every Saturday.

March 15 was a regular, lazy Sunday for Tristan Jilson.

The 24 year old, who graduated from Stafford County’s Colonial Forge High School in 2014, was in his second year serving as a Peace Corps volunteer in an indigenous village in rural Guyana.

That Sunday afternoon, he was on his way to a meeting of the wildlife club he facilitated. He stopped into the village Wi-Fi center to check his social media.

As he was scrolling through his feed, an email popped up titled “Evacuation of Peace Corps Volunteers.”

“I saw the title, but I didn’t think much of it,” Jilson said. “I thought it was just going to be a ‘what if,’ because I had heard about the virus going around. I opened it and it basically said we were being evacuated right now. And to pack a bag.”

Within 24 hours of reading that email, Jilson was back at his parents’ house in Stafford and under the two-week quarantine imposed on all travelers returning to the United States.

And, along with the other 7,300 Peace Corps volunteers who had been serving in 61 countries around the world, he’s also suddenly without a job.

“We went from being employed to unemployed pretty fast,” Jilson said.

On March 15, the Peace Corps announced in an open letter to its volunteers that they were being brought home immediately to prevent a situation in which they would be unable to leave their host countries.

But they won’t be going back to those countries once the coronavirus outbreak subsides.

Whether, like Jilson, they have five months of their two-year assignments left or were just beginning those assignments, all evacuated volunteers will be classified as having completed their service.

“I guess technically we’re fired,” Jilson said. “For me, since I only had five months left, it just kind of feels like the service has ended early. But for some people who might have only been in service for six or seven months, it could feel like they were fired.”

Jilson said the hardest part of the evacuation experience was leaving everyone in his village, many of whom were distressed at the idea of him departing so suddenly.

“I showed the email from Peace Corps to the headmistress [of the school where he had been teaching science] and she burst into tears,” Jilson said.

He said the kids in his wildlife club came with him to his house to help him pack up. Many of them were also crying, as were members of the village council.

Jilson had about 30 minutes to collect his belongings before a bus came to take him to catch a plane that would fly him out of the remote region where he was living. It wasn’t until he arrived at the international airport in Georgetown, the capital of Guyana, that he learned he wouldn’t be returning to the country at all.

“When we realized this was the end of our Peace Corps service, that was pretty shocking,” Jilson said.

He said his first few days back in Stafford were “emotional and confusing.”

In addition to navigating the culture shock of returning to the U.S. after almost two years in another country, Jilson is navigating the new landscape of social distancing and shutdowns as the country attempts to slow the spread of COVID-19.

Jilson said his job prospects are “another big question mark.”

The scale of the social distancing measures that are necessary to slow the spread of the virus are likely to damage the economy, which could make it hard for the 7,000 returned volunteers to find work.

“I know I am lucky enough to be able to go back home to my parents,” Jilson said. “But there are some Peace Corps volunteers who may be older, who sold their house and their car and committed to these two years. For them, having to come back home to all this and have to quarantine on top of that puts them in a really hard spot.”

He said some volunteers that he knows from a Facebook group he joined did not have homes to come back to.

The Peace Corps is allowing returned volunteers to apply for reimbursement if they must pay for lodging, but Jilson said the agency doesn’t have a lot of money to give them.

The agency gives returned volunteers a monthly “readjustment allowance,” which Jilson said will continue for 12 months. For him, that’s about $375 a month.

He had planned to apply to graduate schools in August, but isn’t sure that will happen.

Jilson said the evacuation, and termination, of all active Peace Corps volunteers and trainees was “an unprecedented thing.”

“During [the Ebola outbreak], they evacuated some African countries, but they haven’t done a worldwide evacuation,” he said. “With all this going on right now, though, it’s hard to criticize what they did.

“It’s such a weird time and everyone has to do some strange things. Everyone is having to make hard decisions.”

Gov. Ralph Northam on Monday ordered all schools closed for the rest of the academic year, along with additional closings and restrictions for businesses and gatherings of more than 10 people, in an effort to combat the spread of the coronavirus.

Guidance from the Virginia Department of Education released after Gov. Ralph Northam ordered state schools to be closed for the rest of the school year provides leniency so members of the senior class can still graduate.