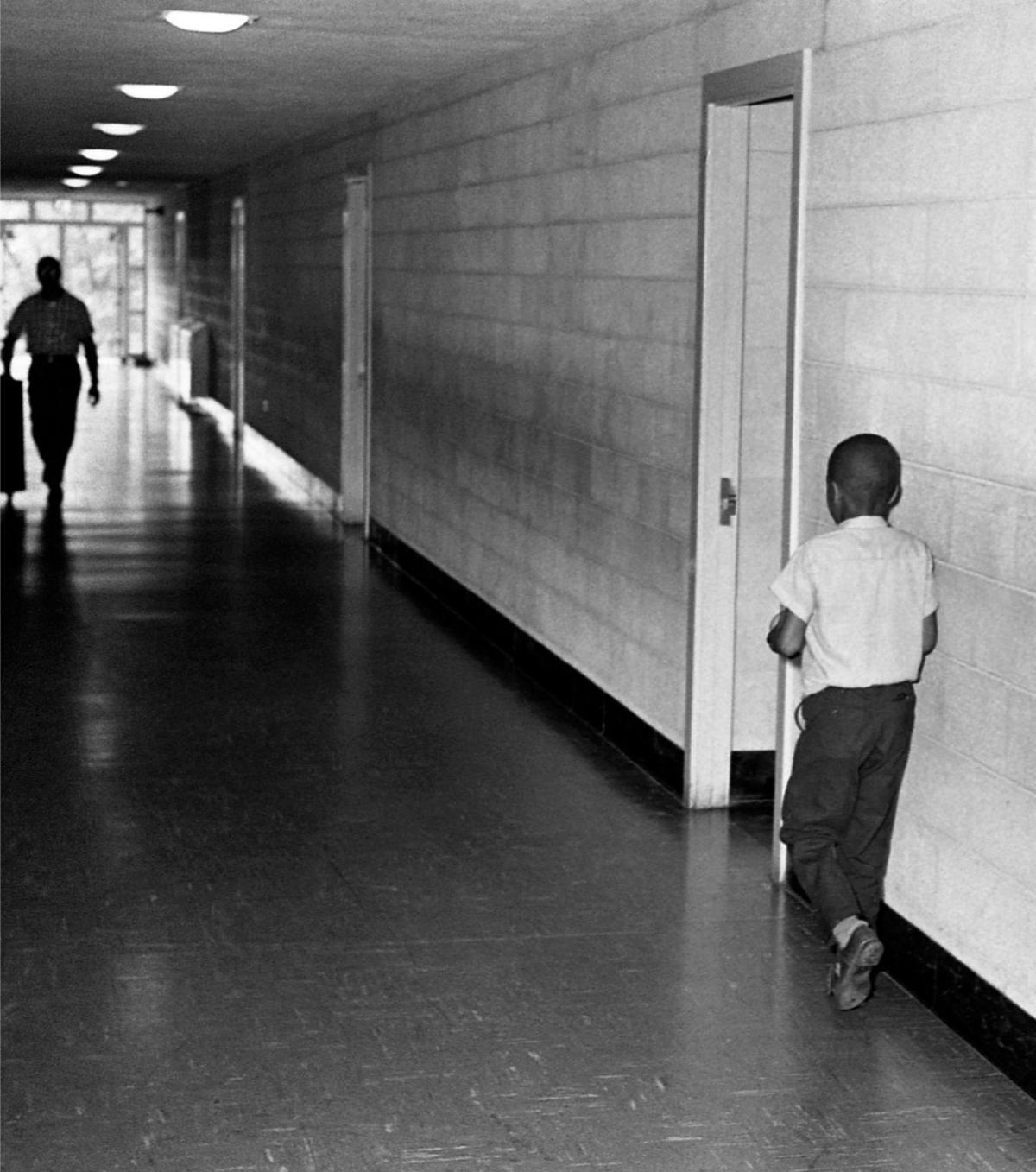 Phil Audibert and Ross Hunter have made a documentary film about integration in Orange. 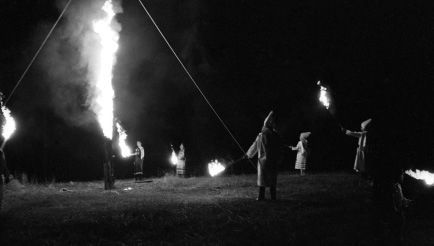 Earlier in his career as a young journalist, documentary-maker Phil Audibert captured this photo of a KKK rally outside of the town of Orange in June of 1967. Though it’s in AHHA Productions new documentary on the county’s school integration in the ‘60s, the filmmaker said it wasn’t indicative of the process’s fairly smooth transition.

Phil Audibert and Ross Hunter have made a documentary film about integration in Orange.

Earlier in his career as a young journalist, documentary-maker Phil Audibert captured this photo of a KKK rally outside of the town of Orange in June of 1967. Though it’s in AHHA Productions new documentary on the county’s school integration in the ‘60s, the filmmaker said it wasn’t indicative of the process’s fairly smooth transition.

In the 1970s, Phil Audibert and Ross Hunter worked together at WJMA radio in Orange, one in news and the other in programming.

The pair moved on when the award-winning local radio station changed hands in the ’80s. Audibert did everything from farming to inn keeping; Hunter ran a mailing company.

But over the past eight years, the two longtime friends who say they have complimentary skills have been producing documentaries about people and history in their community, under the moniker of AHHA Productions. Their documentary subjects have ranged from a look back at Orange County’s nationally recognized authority on Southern cooking, Edna Lewis, to the 200-year history of Gordonsville.

The producers recently released a new hour-long documentary called “Someday: The Unexpected Story of School Integration in Orange County, Virginia.” The two men said that following the 1954 Supreme Court decision in the Brown v. Board of Education case and the passage of the 1964 Civil Rights Act, schools across the South gradually began the process of integration. In Virginia, some schools closed rather than integrate.

“But not so in Orange County,” according to a news release on the new film. “Despite resistance from some of its citizens and pressure from outside groups, the desegregation of the Orange County Virginia public school system, albeit 11 years in the making, happened smoothly. Why?”

That’s the central question the pair set out to answer, interviewing teachers, administrators and students who went through the combining of the black and white school systems in Orange. The short answer is that students and adults in Orange already knew each other before the desegregation was attempted, either through the regular commerce of rural life or because many in the county had similar economic circumstances.

Another reason, they found, was that county leaders decided that it would be better to bite the bullet and move relatively quickly through the process that legal and societal changes were demanding.

“That isn’t to say there weren’t many in the county who didn’t want this to happen, who made their feelings known,” said Audibert.

To put together the documentary, the pair interviewed those with firsthand knowledge and used previously completed interviews. They delved into back issues of the Orange County Review, and the weekly newspaper graciously provided its resources and photographs. They also found extensive archival photographs and clippings from other sources, as well as music by the Shady Grove Men’s Choir.

Hunter said that integration of public education in Orange happened over three years.

“It was five students the first year, five or six grades the second and then all students by the third year,” he said, pointing out that the county built a new elementary school and added on to the high school, the latter to take in black students who had been attending a regional high school.

The documentarians said that things went relatively smoothly, but there were bumps and scary moments along the way.

Audibert noted that on June 24, 1967, he was working as a part-time photographer for the Orange County Review, and heard about a Ku Klux Klan rally that was to happen just outside of the town of Orange. He went, and captured an image of a cross being burned by men in white robes.

“The photo never ran, which upset me at the time,” he said, noting that it took time for him to understand his editor’s worry that publishing it would have inflamed the situation. “I did notice when I walked by the cars parked at that rally that almost all of the license plates were from other states. The rally wasn’t really a message being sent by local people.”

The photo is in the documentary.

One voice they’re thrilled to include in the documentary is that of black educator Murcelle Coleman, who had a master’s degree from Yale and served on both the Orange County School Board and the Orange Town Council.

Audibert said that when Martin Luther King Jr. was assassinated in 1968, it was Coleman who called black students together and told them to rein in their anger and desire to lash out, something that could have put them at risk in a time when change was fueling emotion.

Copies of the documentary can be purchased at the Arts Center in Orange for $20.