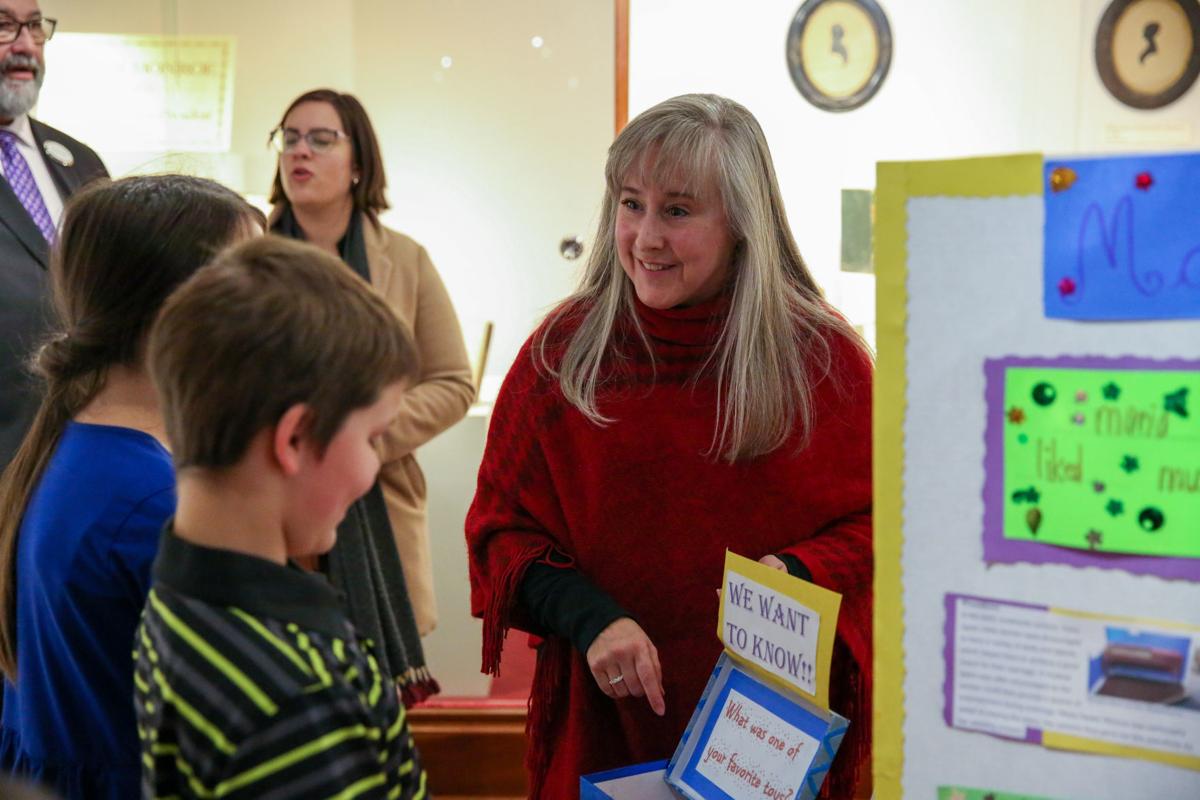 Brisja Riggins, the director of Old Town Academy, speaks to students at James Monroe Museum. The academy’s students developed exhibits about some of the items at the downtown museum. 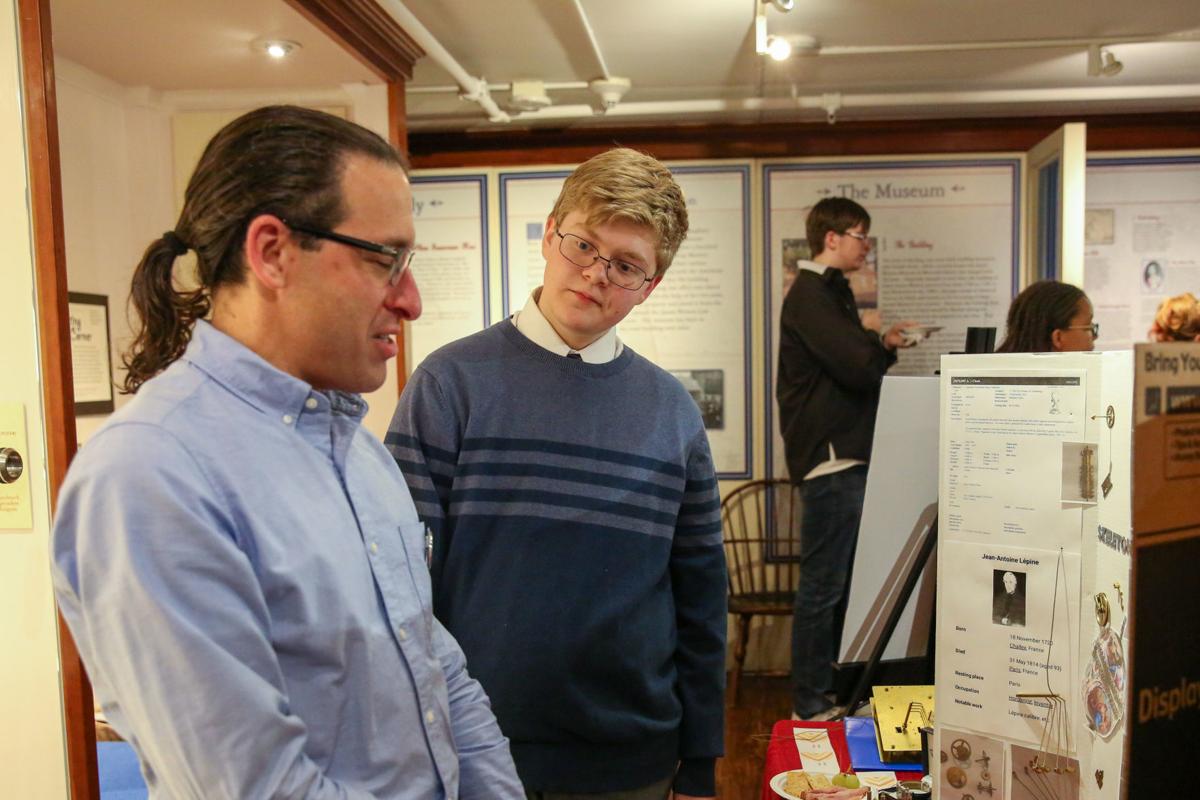 Joseph Best Jr., 17, presents his exhibit about clock-making, which was inspired by James Monroe’s skeleton clock and was part of the ‘Curating Ideas’ program.

Brisja Riggins, the director of Old Town Academy, speaks to students at James Monroe Museum. The academy’s students developed exhibits about some of the items at the downtown museum.

Joseph Best Jr., 17, presents his exhibit about clock-making, which was inspired by James Monroe’s skeleton clock and was part of the ‘Curating Ideas’ program.

Some of the exhibits on display through Dec. 7 at the James Monroe Museum in downtown Fredericksburg have been curated by kids.

There are replicas of a pair of ice skates owned by Maria Monroe Gouverneur—the youngest daughter of Monroe—made out of recycled materials by Henry Van Gundy, 6; his sister Hazel, 11; and their friend Jackson Hamernik, 8.

There’s a replica of the chess set given to Monroe by his good friend and fellow Founding Father Thomas Jefferson, made by Linus Van Gundy, 6. Jefferson was the third president of the United States; Monroe served as the nation’s fifth president, from 1817 to 1825.

Joseph Best, 17, used the skeleton clock Monroe obtained in France when he was ambassador to that country in 1794 to develop an exhibit about the craft of clock-making.

These and other exhibits were created by students affiliated with the local home-school group Old Town Academy as part of a new museum program called “Curating Ideas.”

Lindsey Crawford, public programs coordinator at the James Monroe Museum, created the program as a way to bring more young people through the museum’s doors.

Then, they got to pick one item from the museum’s collection to study further and develop an exhibit about.

The group, which was established in September, meets once a week. Membership is free and open to everyone, Riggins said. In addition to academic experiences, the group plans to organize fundraisers for local charities and give members volunteer opportunities.

“[This project] really hits on all levels,” she said. “The students really enjoyed the hands-on aspect of this. This made history more interesting for them.”

Crawford said she feels inspired by the creativity the students showed in the ways they interpreted their chosen artifacts.

“It really shows how a younger generation can take things in a whole new way,” she said.

Brown Riggins said he chose Monroe’s cockade because of his interest in historical costume.

The cockade was popularized by French soldiers and civilians during the French Revolution, which was raging when Monroe and his family arrived in Paris. Riggins’s exhibit uses the cockade to tell that story, and also the story of how the Industrial Revolution changed the way clothing was produced and became more affordable.

“Each individual item [in a museum’s collection] may not be much in itself, but it tells a story,” Riggins said.

Scott Harris, executive director of University of Mary Washington Museums, which operates the James Monroe Museum, said the students’ exhibits showed their understanding of “the importance of objects for telling stories.”