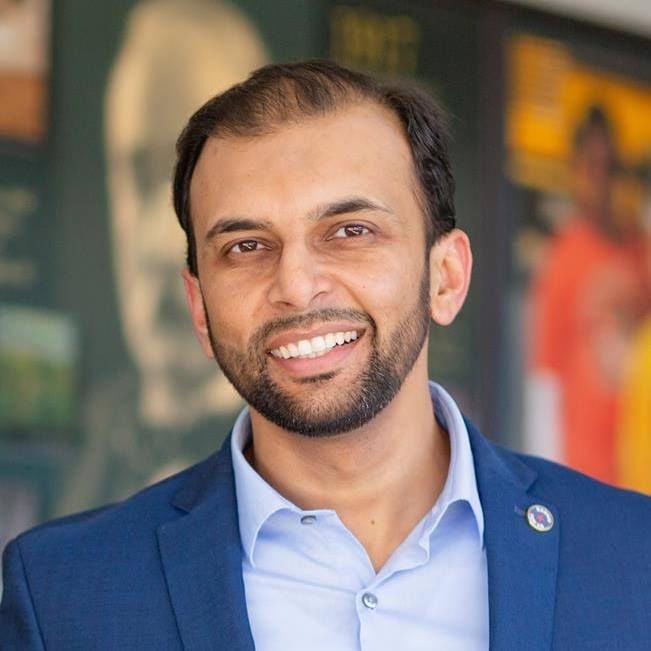 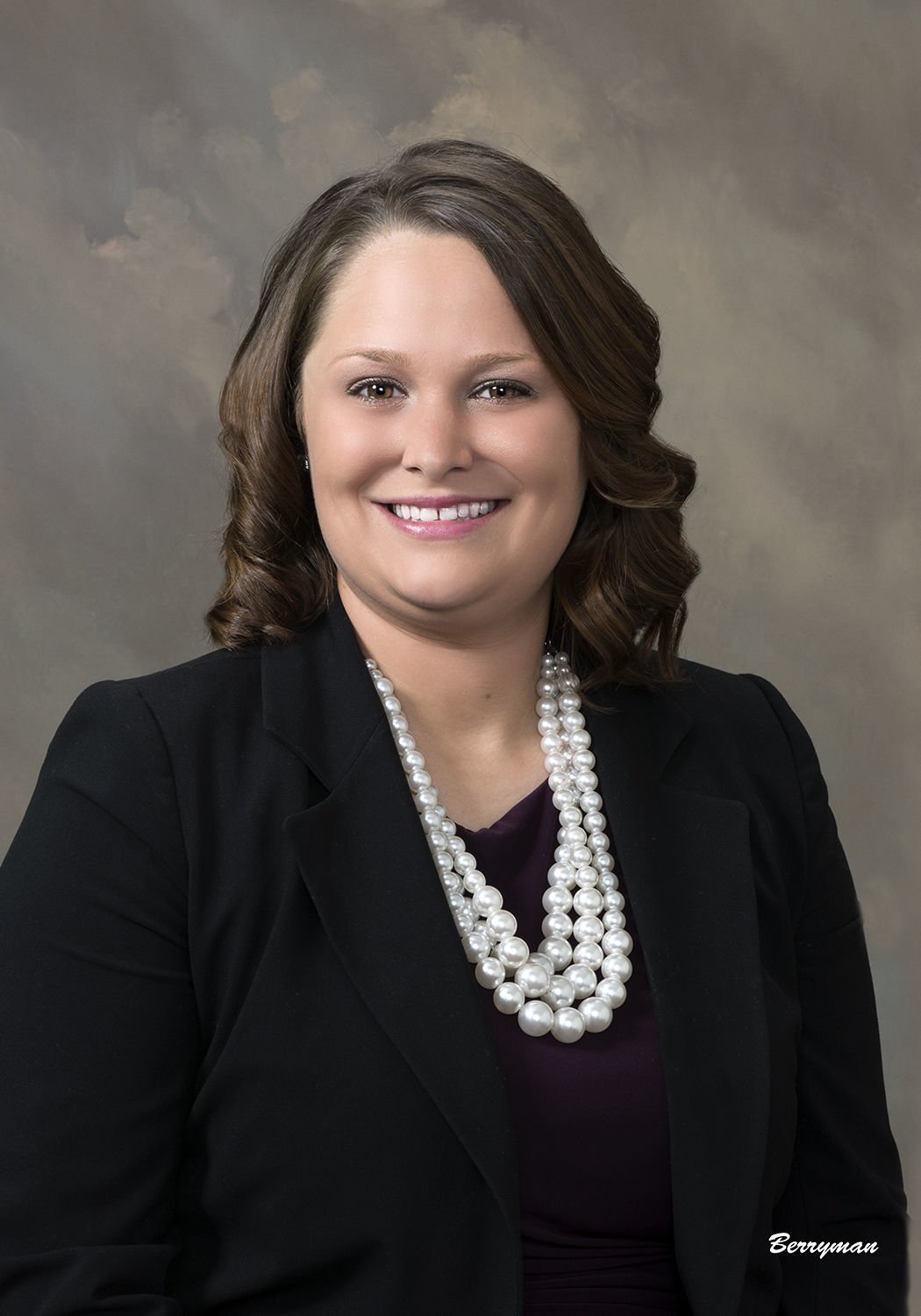 Two local Democratic candidates for Virginia’s 28th District Senate seat are each promoting ideas they believe will improve life in the commonwealth.

Laura Sellers served as a Stafford County supervisor, representing the Garrisonville District, from 2014 to 2018. At the June 11 primary, Sellers will face political newcomer Qasim Rashid, a Stafford County attorney who specializes in human rights law.

Although each candidate has been campaigning on the usual hot topics—transportation, health care, education and growth—both have also lobbed occasional jabs at each other as they vie to represent the district that covers parts of Spotsylvania, Stafford, Prince William, Westmoreland and King George counties.

“My opponent is already—from day one—his literature is negative about me, his website is negative about me, and in King George there was a forum, and when I actually challenged him on things he became very misogynistic,” said Sellers. “His defense has now been to perpetuate this narrative that I’m an Islamophobe. I work full time. I don’t have time for negative campaigns.”

Rashid said all he’s trying to do is stay focused on the issues, regardless of the banter.

“My primary opponent has levied some extraordinarily strong accusations against me based against my faith, based against my ethnicity and it’s quite remarkable, it’s been documented by the Stafford County leadership as well,” Rashid said. “But my philosophy on this is to stay focused on the issues that matter.”

The winner of the Democratic primary will face Republican incumbent Sen. Richard Stuart in November. Stuart has no primary opponent.

Sellers, 34, lives in Stafford and is a contractor for the Defense Intelligence Agency. Sellers said she would like to take her previous experience as a county supervisor and “go to Richmond and make a difference.”

“When Richmond doesn’t have a sound budget, it hurts education, it hurts transportation, it hurts public safety, it hurts everything,” said Sellers. “So I want to go to Richmond and really clean up the budget, and what I’m looking to do is bring money back into education.”

Sellers said that education is her No. 1 issue. She blames former Virginia Gov. Bob McDonnell for cutting dollars from public education that have never been returned.

“And the money’s there—it’s just in the state budget,” said Sellers. “Everything’s earmarked, so we need to go through that and remove those earmarks, remove special interests from the state budget and actually get money put back into our classrooms.”

She spent three years on the Fredericksburg Area Metropolitan Planning Organization and says the Smart Scale algorithm scoring method used to determine funding for state transportation projects puts the region at a disadvantage, as it competes against counties to the north that experience higher congestion rates per mile.

“We have the most congestion in the entire commonwealth, and we should be competing for money a lot better than we are, but the algorithms are broken and working against us,” said Sellers. “So we need to go and change that and make it a fair algorithm, so that Stafford County, Fredericksburg, Spotsylvania and even in rural parts of Prince William, can actually compete for this funding.”

“The closest hospital is Mary Washington for a lot of them,” said Sellers. “If you have a heart attack, you’re not getting to Mary Washington in time. I want to see more medical facilities get into the rural parts and it comes down to the Certificate of Public Need Program.”

Rashid, 36, said he has dedicated his life to supporting women who are survivors of domestic and sexual violence. As an attorney, Rashid has also represented nonprofit organizations and small businesses.

He views the election battle as a fight to restore equality and justice for the average American family.

“Right now, that opportunity is being stripped away,” he said. “The struggles today, I realize things have gotten worse over the last 25 years.”

Rashid’s campaign is focused on higher pay for educators and expanding internet access. He would also like to ratify the Equal Rights Amendment and expand health care, making it more accessible. Rashid considers health care a human right.

Rashid would like to shut down the private prison industry and reform Virginia’s criminal justice system. He promises action that’s “big on rehabilitation and reformation, as opposed to revenge and retribution.”

Part of his reform package calls for expanding access to food benefits for former felons through the federal Supplemental Nutrition Assistance Program, “because food is a human right,” he said.

“Denying food to those who are hungry does nothing to improve our state,” he said. “Indeed, such calloused punishments create the potential of more harm for all of us.”

Rashid said he and his family have had their share of struggles since immigrating to the United States 32 years ago, including learning a new language, struggling financially, and adapting to a new culture.

“I have my convictions of what I am trying to accomplish,” he said.

BACKGROUND: I am a clinically trained social worker and serve as a contractor with the Defense Intelligence Agency. I am a published author and spent several years as an emergency therapist with Prince William County's Committee Services Board. A former member of Stafford's Board of Supervisors, I represented the Garrisonville District for two years, serving two years as vice chair. An appointed member of the School Board's Capital Improvements Committee, I also served on several county and regional boards, including the Rappahannock Regional Jail Authority and the George Washington Regional Commission. I worked with the region to start the regional conversations on homelessness and the opioid epidemic, and worked to re-write our sign ordinance which provided the legal grounds for the lawsuit demanding the lowering of the Confederate Flag along Interstate 95. I am a lifetime member of the NAACP in Stafford County, a long-time member of the Democratic Party and former chair of the Stafford Democratic Committee.

Have you ever been charged with or convicted of any crimes? Other than speeding tickets, no.

Education: During Gov. McDonnell's administration, the General Assembly cut money from education that equates to about $1 billion in today's dollars, which they have never returned. Additionally, he cut a localities’ ability to use state funds to pay for school infrastructure and drastically reduced the amount of money available for localities to borrow. As a state senator, I will work to restore the $1 billion to public education by cutting set asides to special interest groups, reduce our reliance on standardize tests, and work to increase both the number and salaries for state funded positions.

Transportation: Spending three years on with the Fredericksburg Area Metropolitan Planning Organization and four years as an alternate to the Potomac and Rappahannock Transportation Commission taught me that transportation funding formulas need to be re-written. Major projects compete for funding using formulas favoring more populated areas. They do not take into consideration that residents of the 28th District are hindered by traffic all the time—not just during rush hour. Rural road programs only consider unpaved roads as needing attention, while completely neglecting the winding, narrow country roads throughout the rural parts of the 28th District.

Access to Medical Care: An individual's ability to access medical care in our commonwealth depends on one's zip code. We need to update antiquated laws that place unnecessary bureaucracy on our medical providers to attract more providers, technologies and services to our rural areas. I will work to update our certificate of public need regulations and introduce legislation to create a single-payer Medicaid system.

I have been a human rights lawyer for the last decade, working with several national and international nonprofits advocating for survivors of sexual and domestic violence, protecting religious freedom for people of all faiths and no faith, and providing for clean water, quality education and healthcare for children. Through my mosque and community service organizations, I have been a prison chaplain, orchestrated blood drives and highway cleanups.

Bringing Medicare for All to Virginia by passing private supplemental options.

Reforming criminal justice through increasing teacher’s pay, investing more of our resources per pupil than per inmate; reforming our juvenile justice system by treating our teenagers like the children they are instead of as adults; restoring the right to vote for our formerly incarcerated citizens; and providing Supplemental Nutrition Assistance Program benefits to former Virginia inmates convicted of drug crimes.