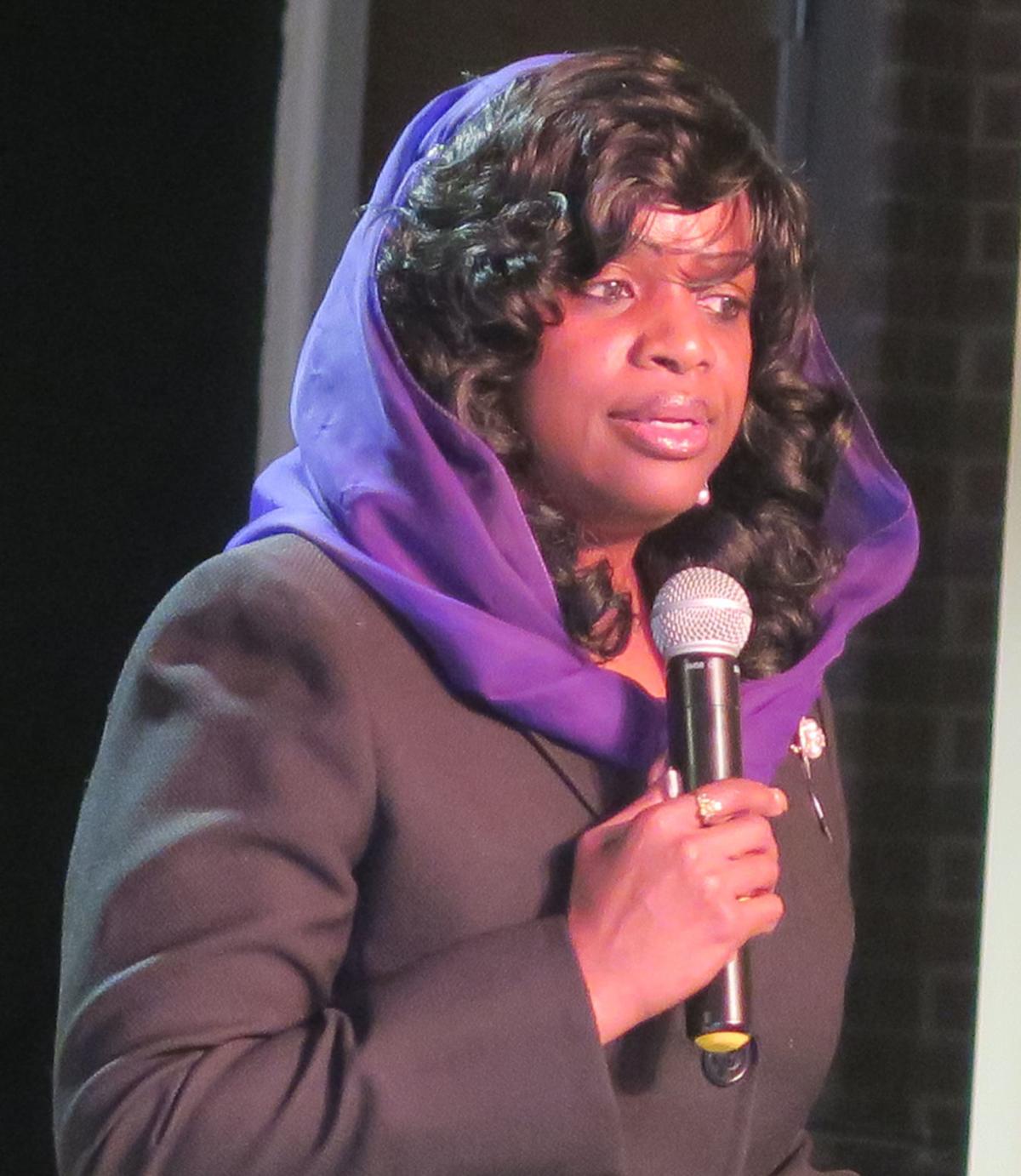 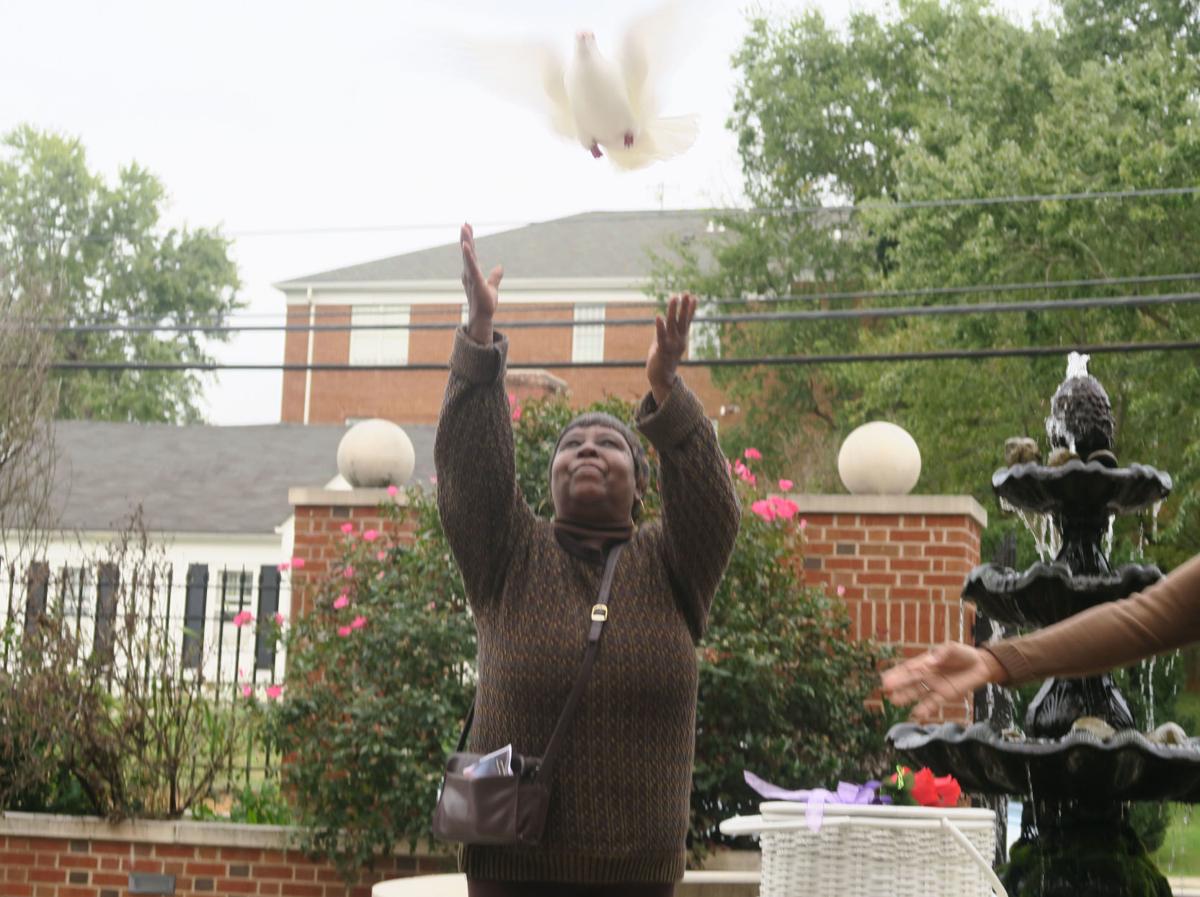 Janice Adams releases a dove in memory of her daughter, Patricia Adams, during the Domestic Violence Candlelight Vigil Tuesday at Culpeper Baptist Church. Patricia Adams, of Culpeper, was murdered by her husband and an ex-boyfriend in 2012. The mother of three was 31-years-old. 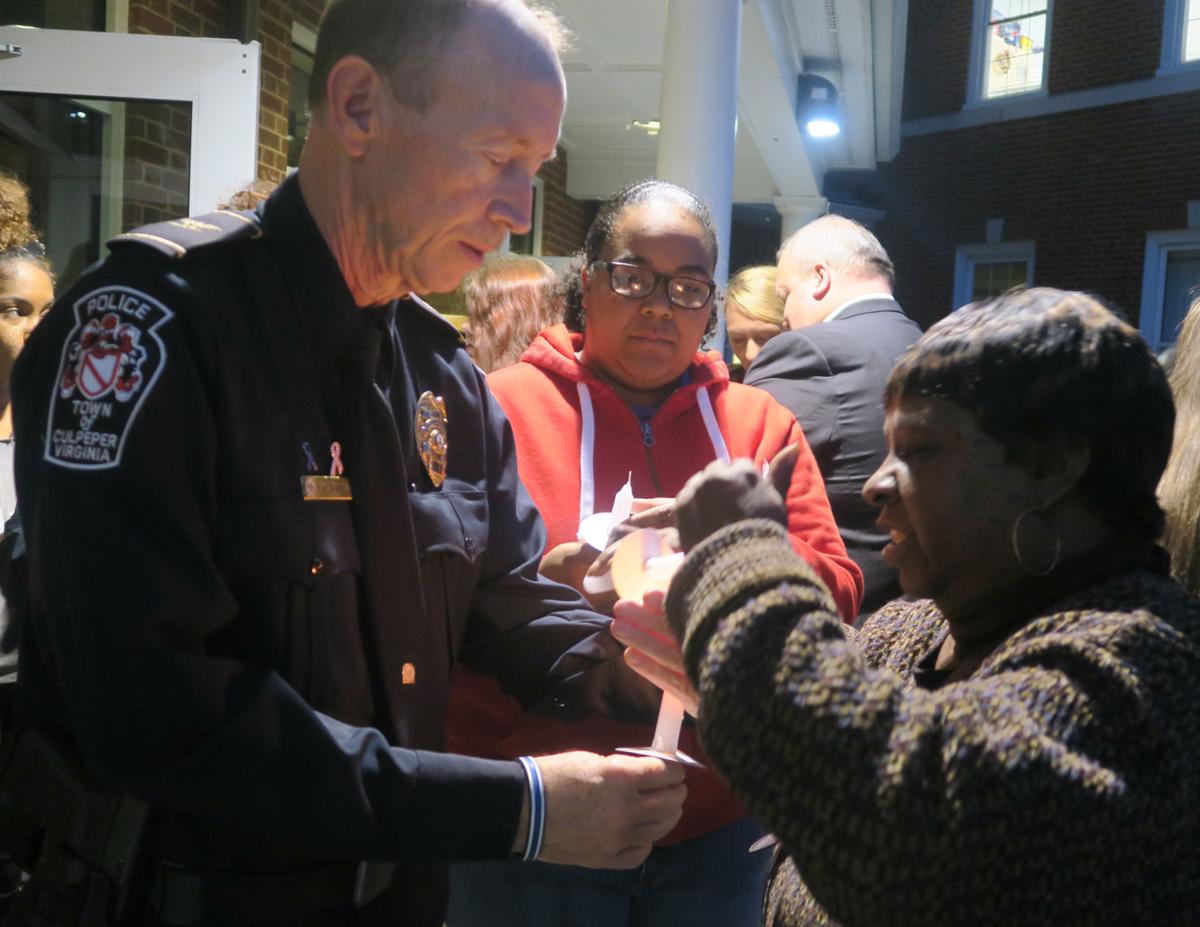 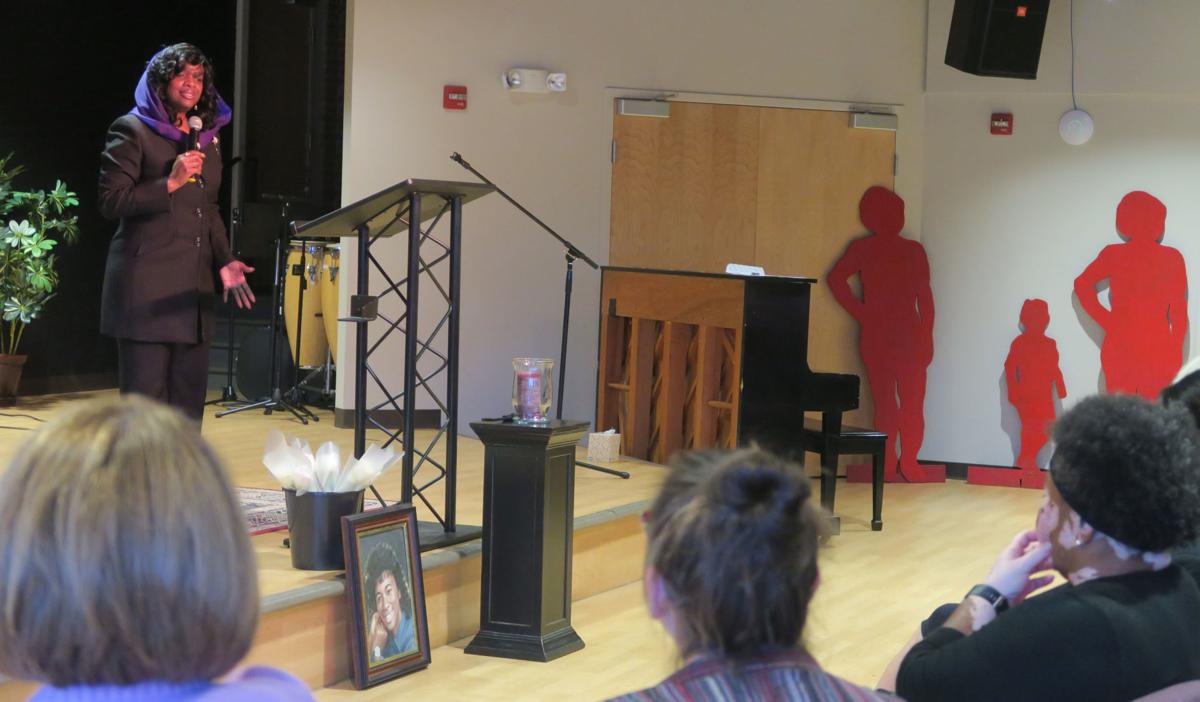 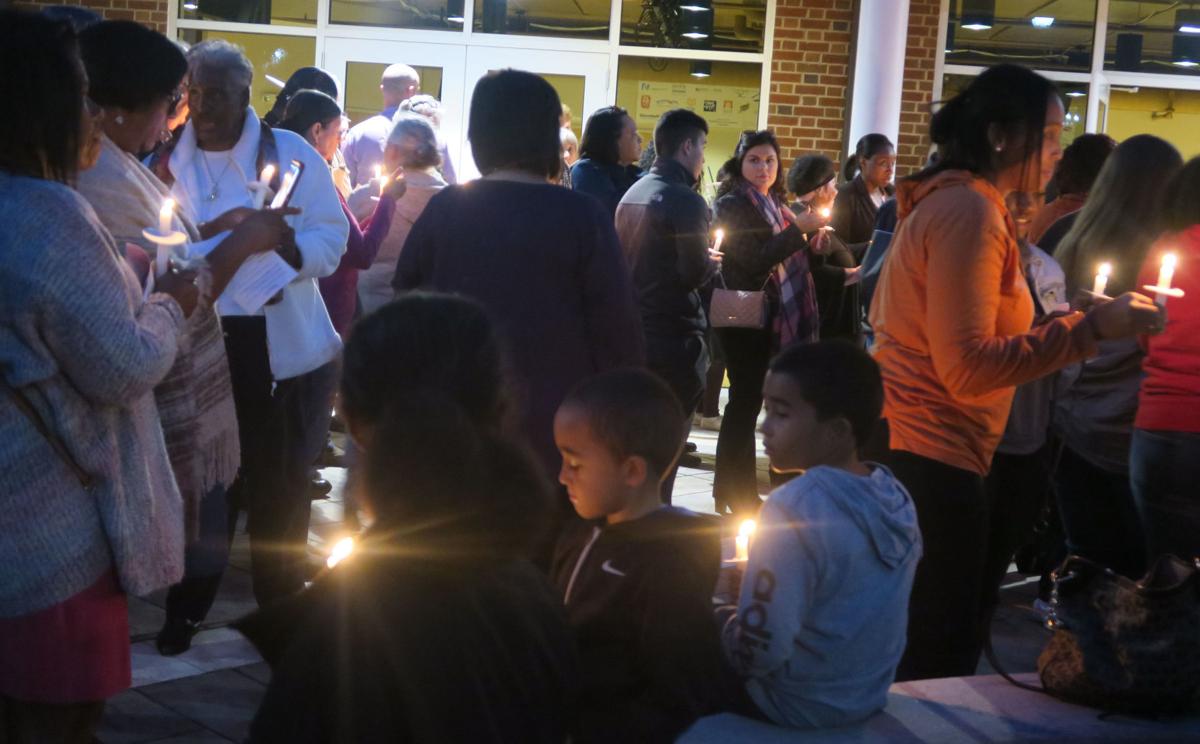 Candles are lit in the courtyard of Culpeper Baptist Church Tuesday night at the annual Domestic Violence Vigil. 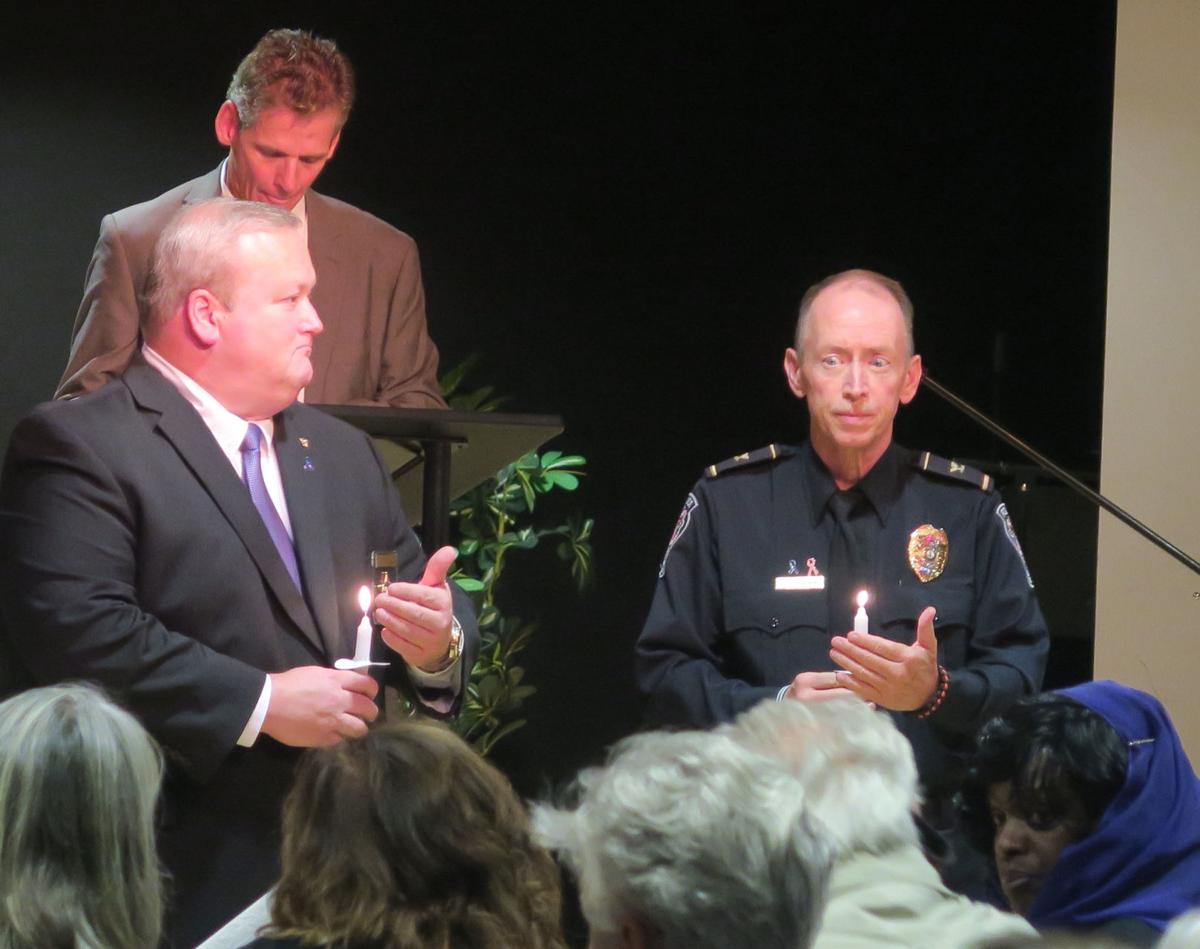 Janice Adams releases a dove in memory of her daughter, Patricia Adams, during the Domestic Violence Candlelight Vigil Tuesday at Culpeper Baptist Church. Patricia Adams, of Culpeper, was murdered by her husband and an ex-boyfriend in 2012. The mother of three was 31-years-old.

Candles are lit in the courtyard of Culpeper Baptist Church Tuesday night at the annual Domestic Violence Vigil.

Mildred Muhammad recalled the terror she felt after separating from her husband who years later would terrorize the region during a three-week shooting spree.

“He moved out, but he still had a key to the house,” she said. “I would hear that key turning in the middle of the night and my spirit told me to lie still.”

John Allen Muhammad, before he became the D.C. sniper, was married for 12 years to Mildred, with whom he had three children. It was an abusive and tumultuous relationship, she described during Tuesday night’s Domestic Violence Candlelight Vigil at Culpeper Baptist Church, an event organized annually by the Culpeper Domestic Violence and Sexual Assault Task Force. Hundreds attended, listening intently as Muhammad shared her personal story.

She said John Allen Muhammad was not the same person when he came back to their home in Washington State after serving in the U.S. Army during Desert Storm. Before, he was the life of the party, but afterward he became withdrawn and would rock back and forth in his chair.

“He didn’t want anybody to know what was going on inside his head,” Mildred Muhammad said.

She would ask him if was okay and his response would be, “I’m good,” she said. Diagnosed with PTSD, John Allen Muhammad attempted to launch his own business and started having multiple affairs, Mildred said. She filed for divorce in 1999, and things got worse—from showing up unannounced and angry, to locking the home phone so she could not make or receive calls.

“He comes to the house, pushes his way in and I fell and hit my head on the fireplace,” Mildred Muhammad said. She called the police and was told John Muhammad was allowed to be at the house because his name was on the lease. She filed a restraining order.

“I was crying so hard I couldn’t even see the paper,” she said. “The judge told me, ‘You really need to get away from this guy.’ ”

Even with the restraining order in place, John Muhammad still had visitation rights with his children. Shortly after the order was put in place, he fled with the children and went to Antigua, where authorities believe he met his future accomplice, Lee Boyd Malvo.

Mildred Muhammad remembered the hours and days and months going by without her children, and not knowing where they were. She was told by authorities that John Allen had as much right to them as she did.

Suffering from a medical issue, Mildred Muhammad ended up in the hospital where she got a phone call from John Allen. Shocked that he had been able to track her down, she asked him why he didn’t let the children call her. He answered, “We don’t always get what we want—do we?”

John Allen Muhammad told his ex-wife that she had become his enemy.

Words he had said previously echoed in her mind: “One shot to the head, never leave your enemy behind.” Mildred Muhammad added, “I knew he would bury me where nobody could find me.”

Staying in shelters and safe homes, she waited to get her children back. She succeeded after John Allen returned to Washington State. The court awarded her custody at a hearing.

“We waited in the hallway for John to leave,” Mildred recalled.

She turned around and there he was. Mildred took off running only to meet him again face-to-face. “He put his hand on the courtroom door and said, ‘Got ya!’” Mildred said.

In September of 2001, she fled the area and crossed the country to live with her sister in Maryland. A year later in October of 2002, John Allen Muhammad would randomly shoot and kill 10 people and critically injure three others in Maryland, Virginia and D.C. with accomplice Malvo. One of the slayings occurred in Spotsylvania County.

Mildred Muhammad was not completely surprised to learn from the FBI that her ex-husband was the “D.C. sniper.” She recalled federal agents telling her she was her ex-husband’s ultimate target, that he had tracked her to the D.C. region.

“The detectives asked him why did he do it and he told them, ‘It was Mildred’s fault.’ Everything was my fault,” she said. “I can’t be held accountable for someone else’s actions. That’s what people try to do to me all the time.”John Allen Muhammad was executed for his crimes in 2009. His three children requested to speak with their father before his death, but he never called. Mildred. Muhammad agreed to take them to see his body.

“They needed to see their dad,” she said.

Mildred Muhammad found it hard to find employment because of her ex-husband so she learned how to become a professional speaker, which she has been doing since 2006. She said it is her goal to bring support to domestic violence victims and education on the topic to the wider public.

Don’t judge the victim or tell them what to, Muhammad told the Culpeper crowd. Take them to lunch and ask, “How can I help you? Don’t leave them in the wilderness looking for help,” she said.

To those in the audience who have lost loved ones to domestic violence, it does get easier, Muhammad said. “In time you will notice it hurts a little bit less,” she said.

Mildred Muhammad began her talk by reciting by heart Psalm 20: “May the Lord answer you in the day of trouble; May the name of the God of Jacob defend you; May He send you help from the sanctuary, And strengthen you out of Zion.”

“Don’t ever think for one moment when you are going through the trauma that you are ever alone. Domestic violence is a worldwide epidemic happening everywhere.”

To close the program, family members of people murdered in domestic situations placed white roses next to red silhouettes symbolizing lives lost. Everyone in attendance then walked into the darkness of the church courtyard and lit candles, one by one, sparking illumination and hope.