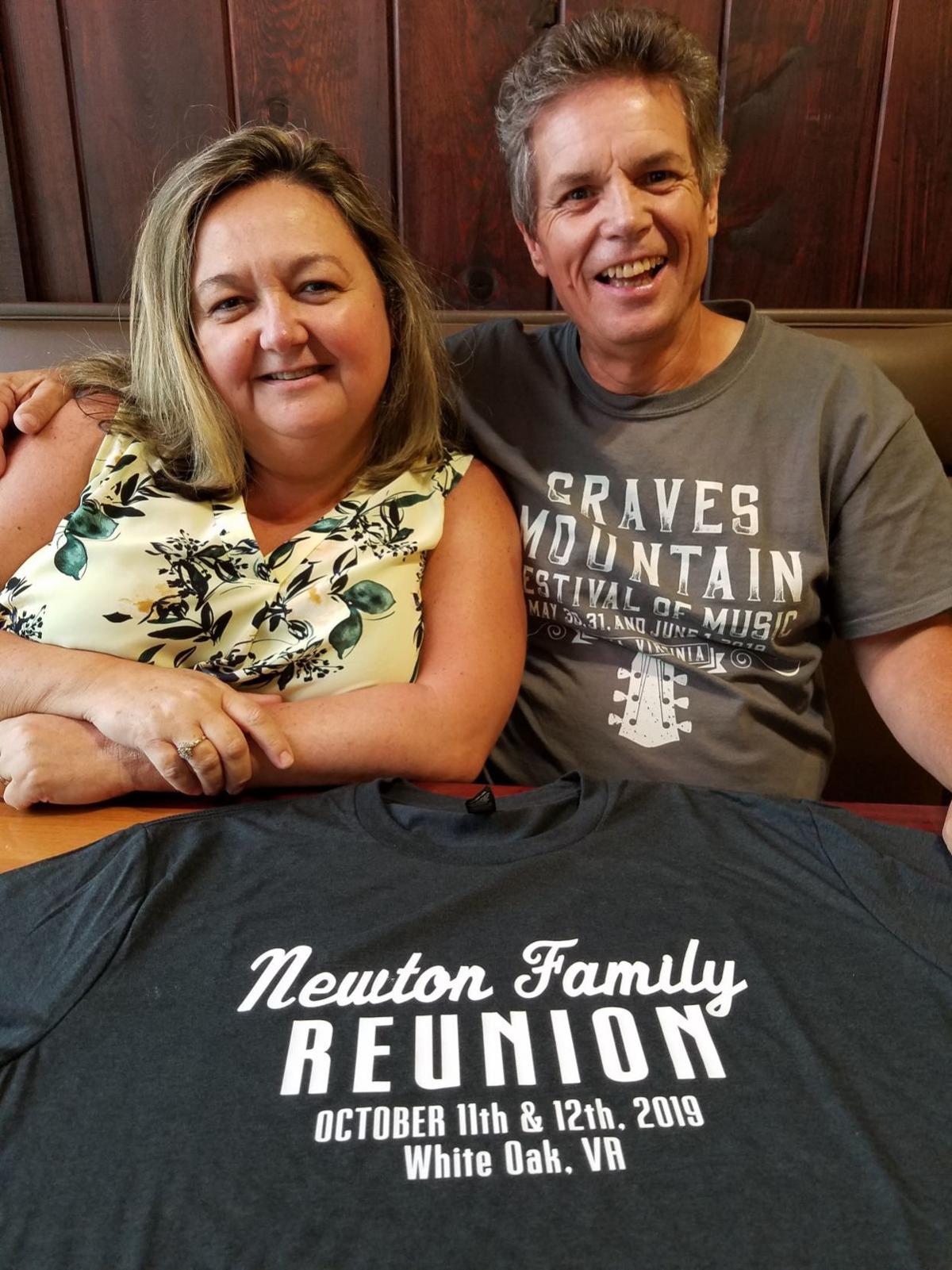 Missy Newton Sullivan and Mark Newton helped plan a reunion for their branch of White Oak’s Newton family. handful of relatives who got together and planned this weekend’s two-day reunion, complete with T-shirts, the back bearing a family tree of the dozen children of Morris and Iris Newton of White Oak, who married in 1909. 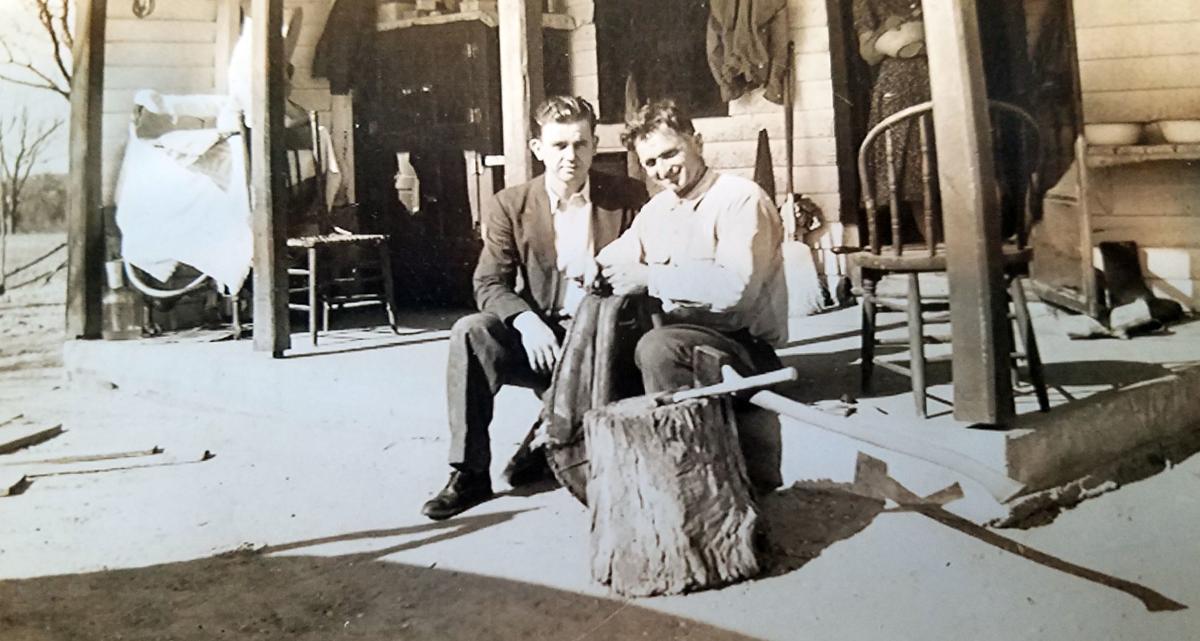 Willie Newton poses with his father, Morris, on the porch of the family’s home in White Oak. Mother Iris is partially visible through the door to the kitchen. 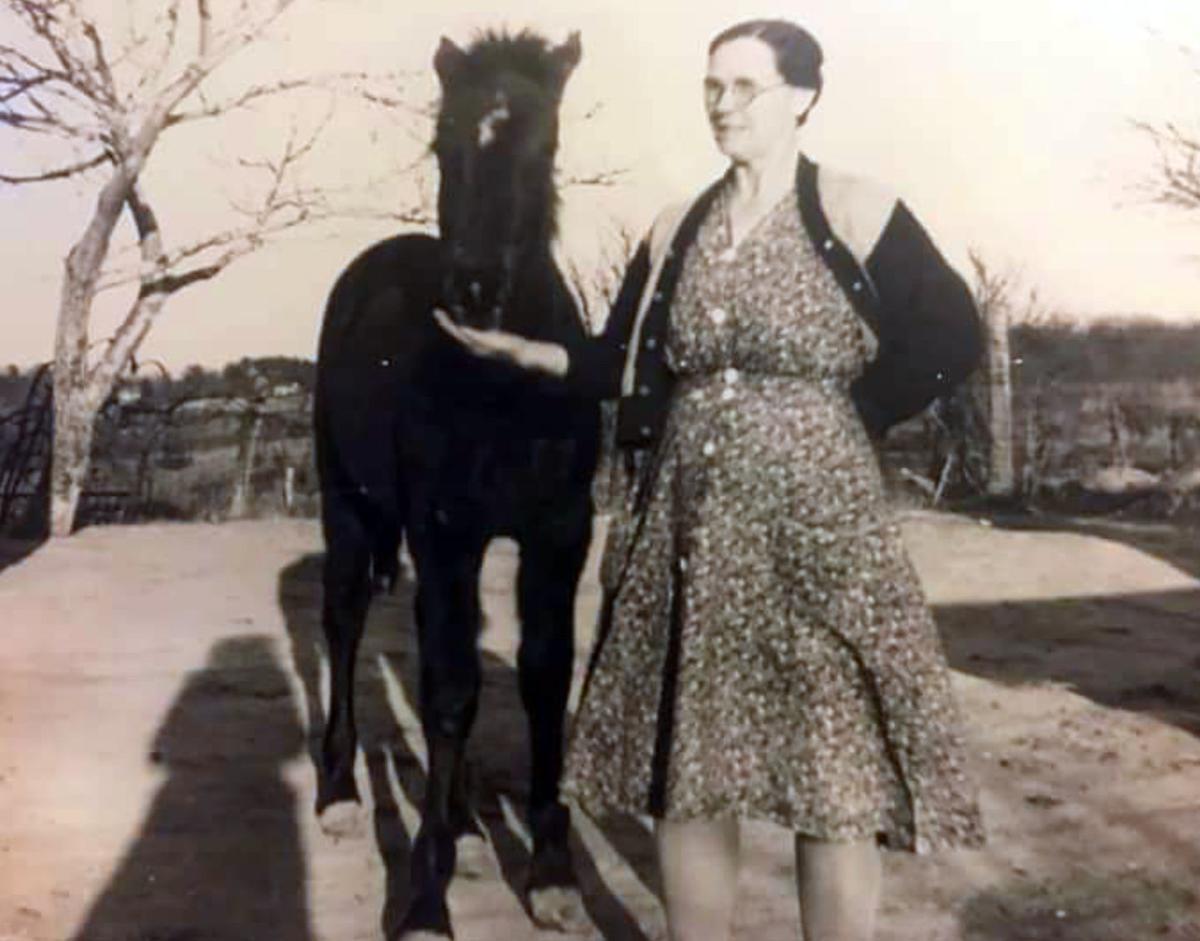 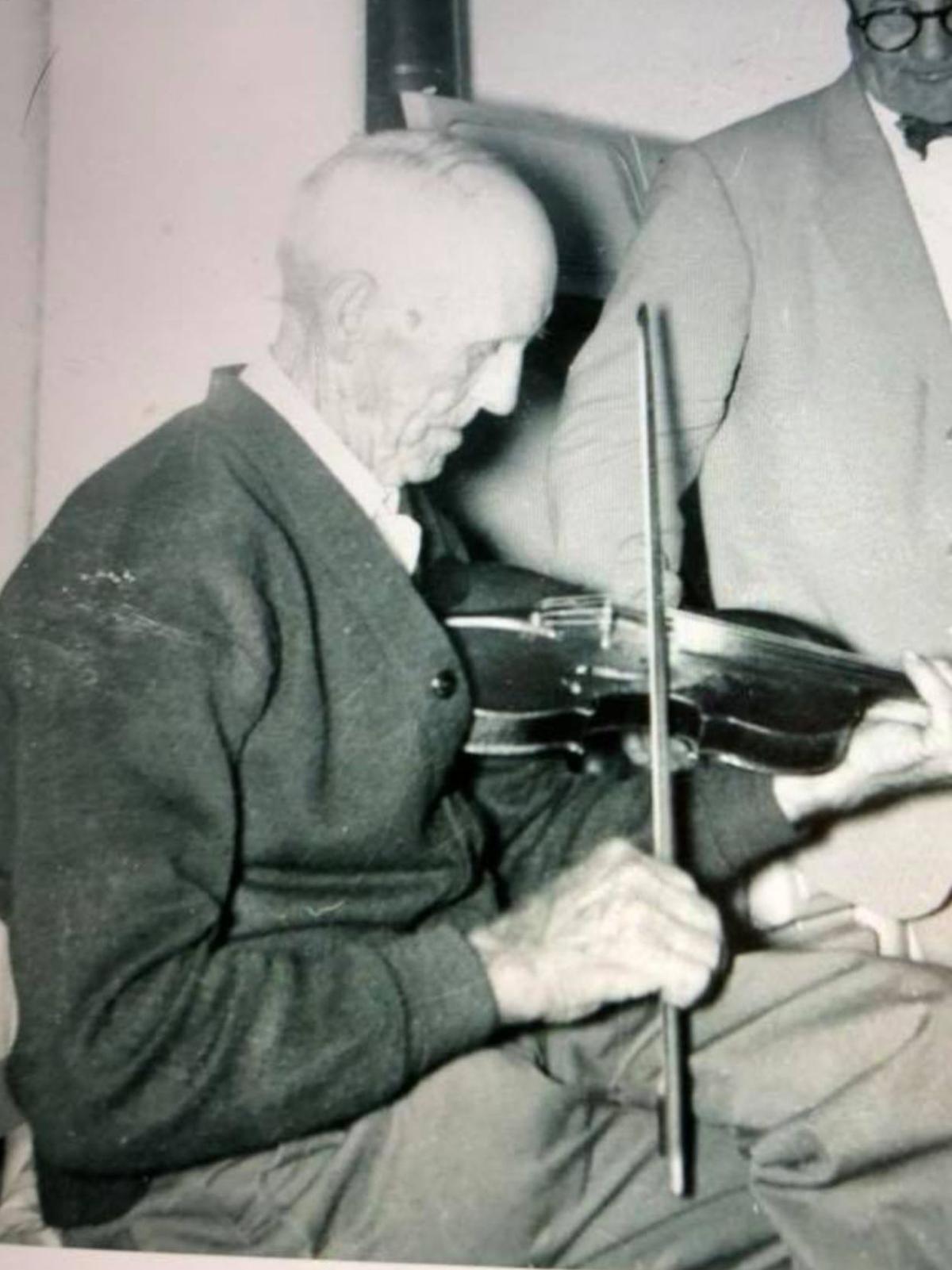 Minor Wilson Jett, father of Iris Jett Newton, joins in with his fiddle at a family musical gathering.

Missy Newton Sullivan and Mark Newton helped plan a reunion for their branch of White Oak’s Newton family. handful of relatives who got together and planned this weekend’s two-day reunion, complete with T-shirts, the back bearing a family tree of the dozen children of Morris and Iris Newton of White Oak, who married in 1909.

Willie Newton poses with his father, Morris, on the porch of the family’s home in White Oak. Mother Iris is partially visible through the door to the kitchen.

Minor Wilson Jett, father of Iris Jett Newton, joins in with his fiddle at a family musical gathering.

A REUNION is happening next weekend in Stafford County and few who know the White Oak area would be surprised to learn it is Newtons who are gathering.

Not all of White Oak’s Newtons, mind you, though that’s a project the organizers of this two-day event may well tackle in a year or two.

No, this homecoming that could potentially bring 200 Newtons together is very specific as to who is invited: the descendants of Morris Donald Newton and Iris Kenton (Jett) Newton.

Morris and Iris were both born in the early 1890s, married in 1909 and were known as Nanny and Papa to the dozen children they had while living at the family “home place” at the end of a dirt lane off Bethel Church Road in Stafford County.

Losing one infant at childbirth, they raised 11 hard-working children who lived off what was grown and slaughtered on the family’s 32 acres. Many became watermen or married the same, with their father’s talent and love of country and bluegrass music in their blood.

The parents whose descendants number in the hundreds passed away in 1949 (Iris) and 1966 (Morris).

It was at a memorial service for the last of the couple’s children, Pearl Aster (Newton) Thompson, in June 2018 that sparked the idea for a more complete gathering of family. One of a handful of descendants organizing this week’s gathering, Mark Newton of Nashville, said he and other relatives were struck at the 2018 service at how little they knew about some members of their extended family.

I got together recently with Mark, a nationally known bluegrass and country musician who grew up here, and Missy Newton Sullivan, two of the half-dozen or so reunion organizers. Mark is the son of Alvin (Frog) Newton, the last born child of Morris and Iris; Sullivan is the granddaughter of Gusty Newton.

Mark said the heritage of the Newton families in White Oak goes back to the pre-Civil War 1800s. As time went by, his family’s branch came in.

“Our family was mainly fishermen and country people who worked and lived off the land and, in some cases, trade people, most with a ton of kids,” he said. “A lot of us worked in town, where my father, Frog Newton, moved us when I was young. Many a Newton worked at the FMC plant, the G&H Factory and other local businesses.”

Those coming to the reunion, who can go home with custom T-shirts printed with the children of Morris and Iris in a family tree, will start things off with a dinner, family photo and music at Bethel Baptist Church on Friday night.

That will be followed by a picnic at Aquia Landing on Saturday afternoon, where family members who play an instrument will likely pull them out for post-lunch pickin’.

Sullivan said she and the other organizers were moved by the family connections they renewed at the memorial service, and said it fueled an interest in connecting with Newton relatives who’ve moved out of the area. Mark added that having this reunion has been on his bucket list for years, keyed by memories from attending the last official family reunion in Brooks Park in 1969.

“I was only 10 then, so I don’t remember it as well as I should, and only some branches of the family were there,” he said. “But now with Facebook and other ways to connect with people who have moved away, we’re hoping for a better turnout this time.”

Sullivan said one member of the family, Heather Smith, has been putting together a genealogy that those who attend could learn from or add to. The reunion group has also established a Facebook page, Newton Family Reunion, where pictures and memories have been added.

Mark said he and many of his cousins remember Sunday mornings growing up when their parents would take them to the home of Morris and Iris for breakfast. Many brought guitars and other instruments for sessions that could last for hours.

Sullivan, who is one generation behind Newton, said she well remembers going to her Uncle Willie Newton’s garage, where she and other youngsters were always excited to pull an ice-cold drink from the machine there.

Sullivan said she and others in the reunion organizing group had initially thought of trying to make this year’s gathering one for all Newton families in White Oak, but soon realized that would require too much work to make it happen this year.

“It was hard, because we’ve all grown up and are friends with Newtons in other families, and it felt bad not to invite them,” she said. “The hope is that after doing our own family this year, and learning along the way, we might be able to have a reunion for all of White Oak’s Newton families, most likely two years from now. But we’ll have to see.”

Newton noted that one of the photos being circulated before the reunion was taken on the front porch of his grandparents’ home.

“I remember it so well: You’d walk into the house; my grandmother would be in there in the kitchen, where there was a big wood stove,” he said. “How all the kids would fit in that house, I never knew. They had straw mattresses and feather pillows and I remember an uncle saying that when it snowed, some would come down through the ceiling.”

Family members who have questions about the reunion or need help connecting can email Missy Sullivan at mnsullivan@verizon.net.

Morris and Iris Newton had 12 children: