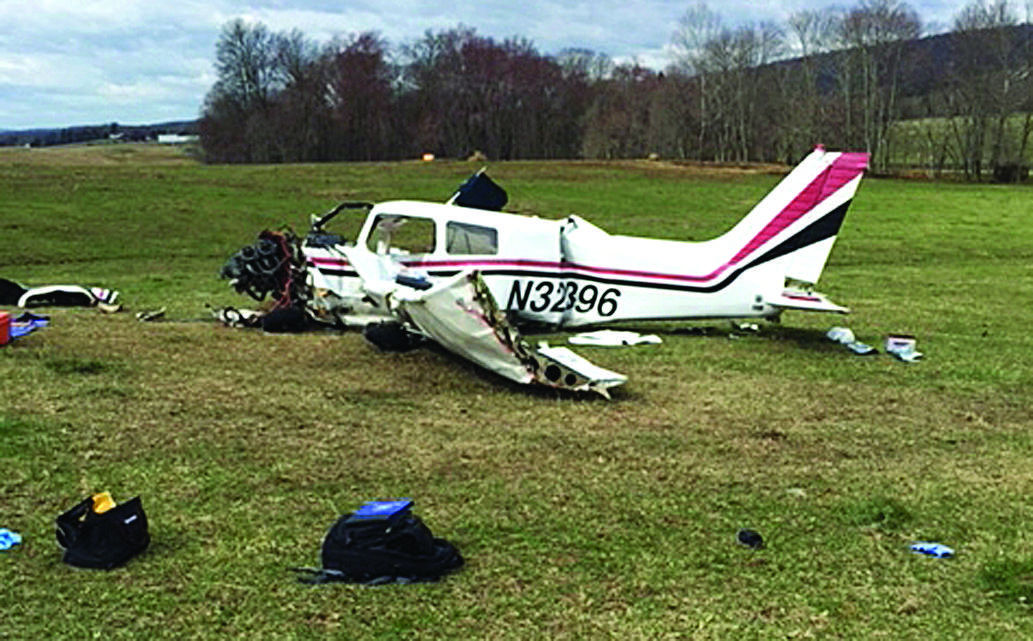 A photo taken by investigators at the scene shows the plane Ryan McCall was flying at the Orange County Airport. 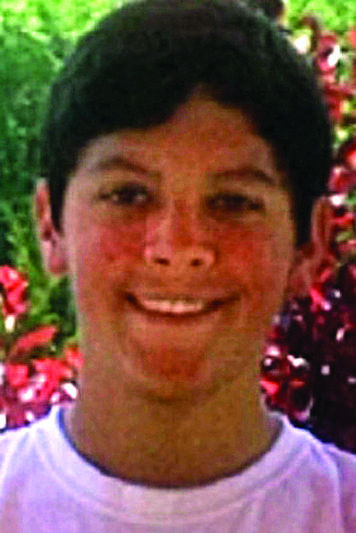 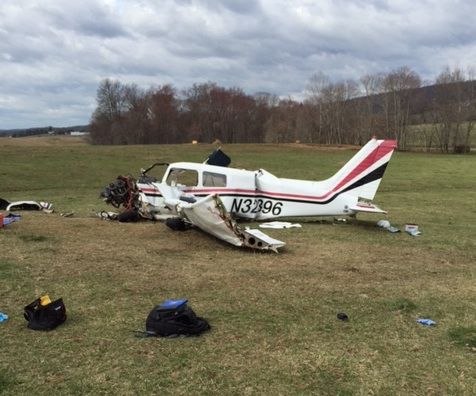 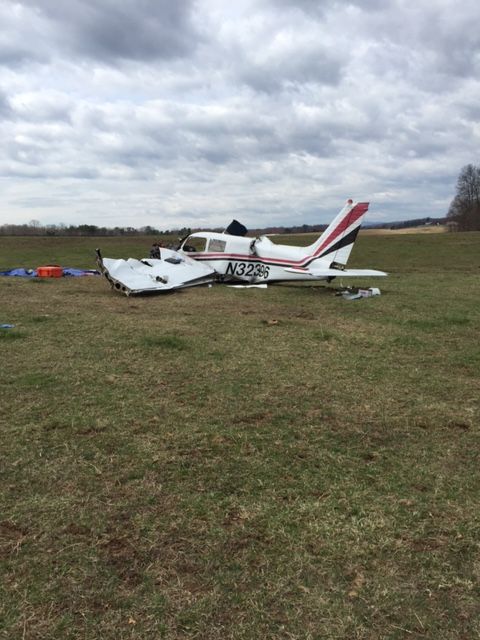 A photo taken by investigators at the scene shows the plane Ryan McCall was flying at the Orange County Airport.

For the first time in his young piloting career, Riverbend High School sophomore Ryan McCall planned to fly solo from one airport to another on Sunday.

McCall, 16, of Spotsylvania County had 30.6 hours of flight experience, including 2.7 hours flying a plane with nobody else aboard.

But something went wrong during his takeoff at Orange County Airport, where he was receiving flight training at Skyline Aviation.

His small, single-engine plane crashed in a field about 1,300 feet northeast of the runway, and McCall was killed. He was piloting a 1974 Piper Cherokee that he had previously flown for a total of 18 hours.

The National Transportation Safety Board on Thursday released its preliminary findings on the crash, but didn’t reach any conclusions about what caused it.

But two witnesses who are pilots told the NTSB that they saw a thin trail of smoke or brown exhaust coming from the airplane’s engine. The plane appeared “abnormally slow” during takeoff, the witnesses said, and it did not seem to be gaining altitude, the report states.

In addition, the NTSB’s report notes that the engine’s spark plugs had “black carbon fouling.” That indicates that the engine was receiving too much fuel, which could have reduced its power, said David Cramer, a local airplane mechanic.

Meanwhile, the owner of the flight school at the Orange airport told the NTSB that McCall’s takeoff appeared normal but that he turned left earlier than was customary, according to the report. As the airplane went left, its nose pitched upward before rolling sharply to the left and crashing, the flight school owner told the NTSB.

Efforts to reach officials with the flight school were unsuccessful.

One of the witnesses said the winds were “light and variable” from the north and east. The NTSB report did not reveal any evidence that the plane had been struck by birds.

The NTSB expects to release its full investigation  in about a year.

The incident was ruled accidental and the cause of death was blunt trauma, according to the medical examiner’s office.

Fatalities from small-plane crashes are a lot more common than deaths on commercial airlines.

To fly solo, pilots must be at least 16 years old and have  a student pilot certificate that has been endorsed by a flight instructor.

McCall, who received his certificate Jan. 20, was scheduled to fly to Farmville Regional Airport on Sunday.  It takes about 25 to 30 minutes to fly to that airport from Orange, said former Farmville Mayor Syd Newman, a veteran pilot who has a plane at the Farmville airport.

“It’s not that long of a flight,” he said. “You start off taking a few short trips first and you work up to the long ones.”

Riverbend students have taken to social media to share their memories of McCall, who has been described as a great friend who had a genuine smile and laugh.

His funeral is at 11 a.m. today at Spotswood Baptist Church.

Investigators back at fatal plane crash site in Orange County