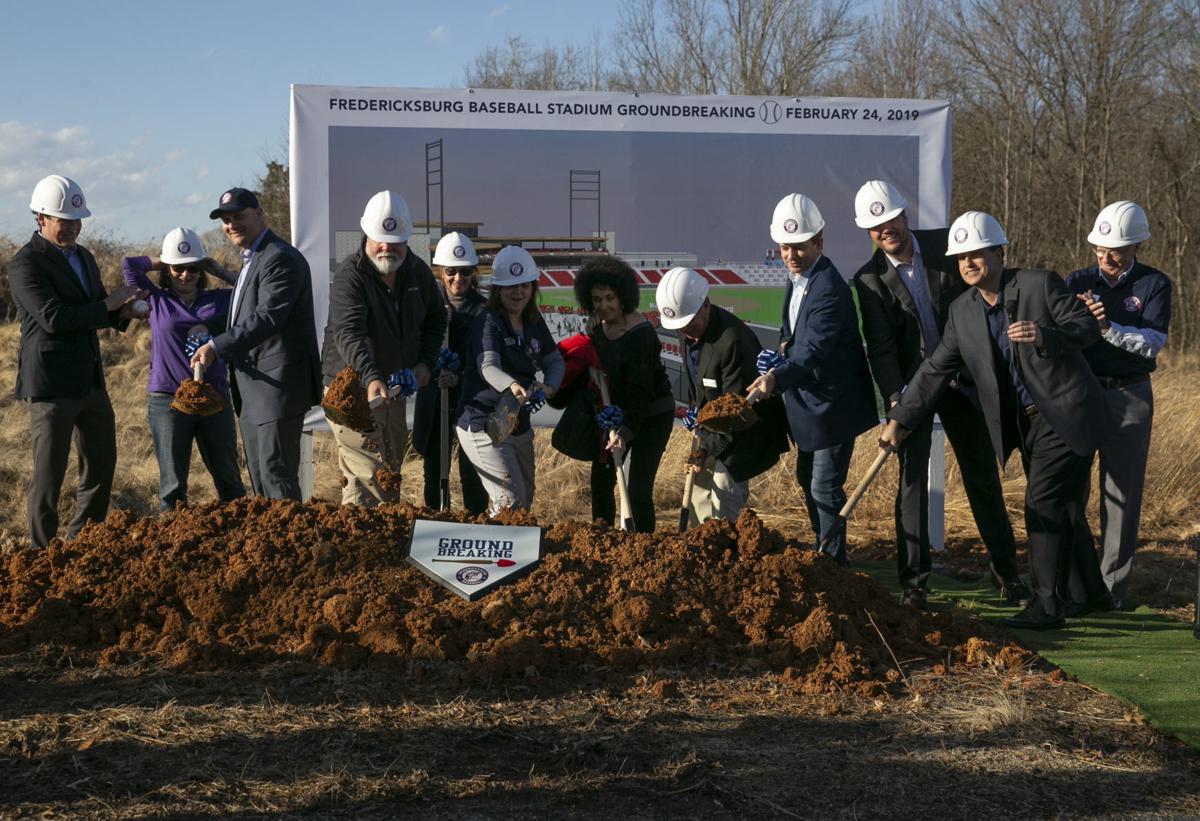 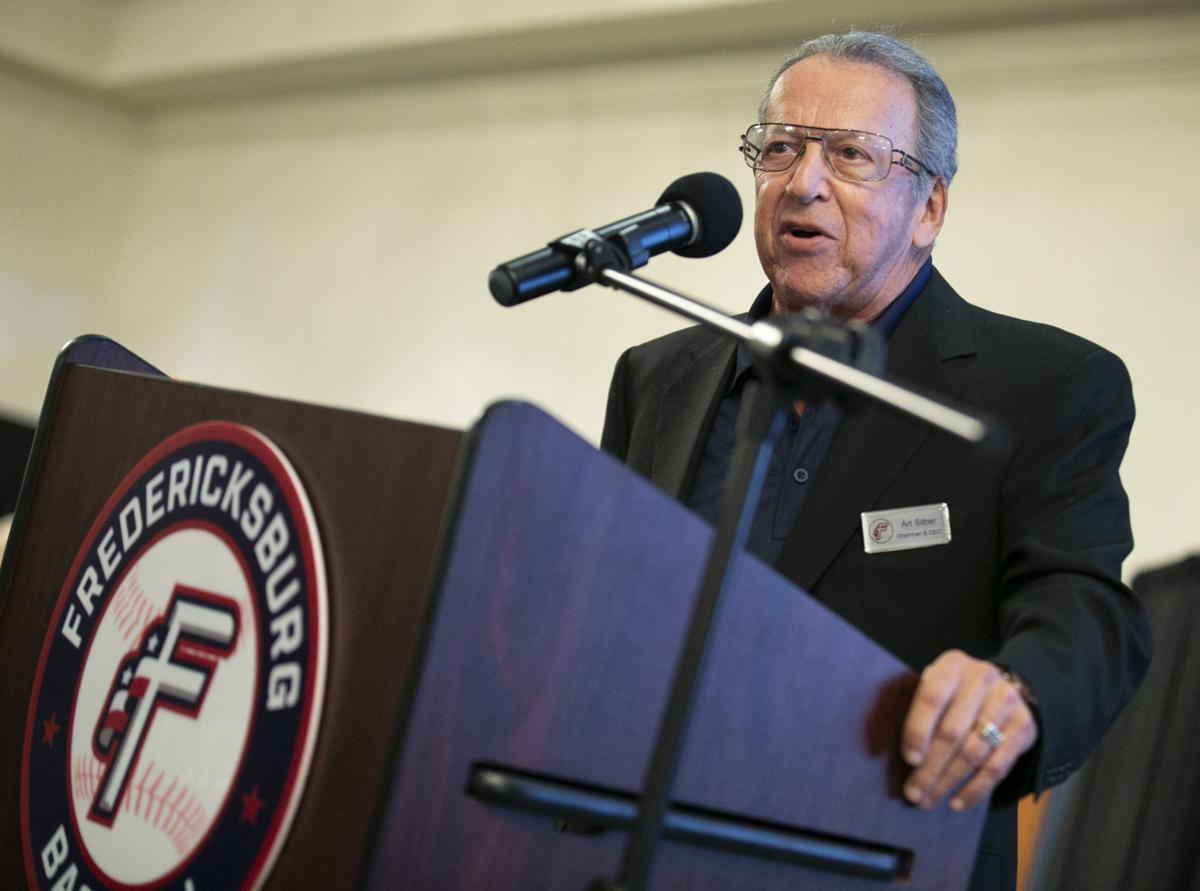 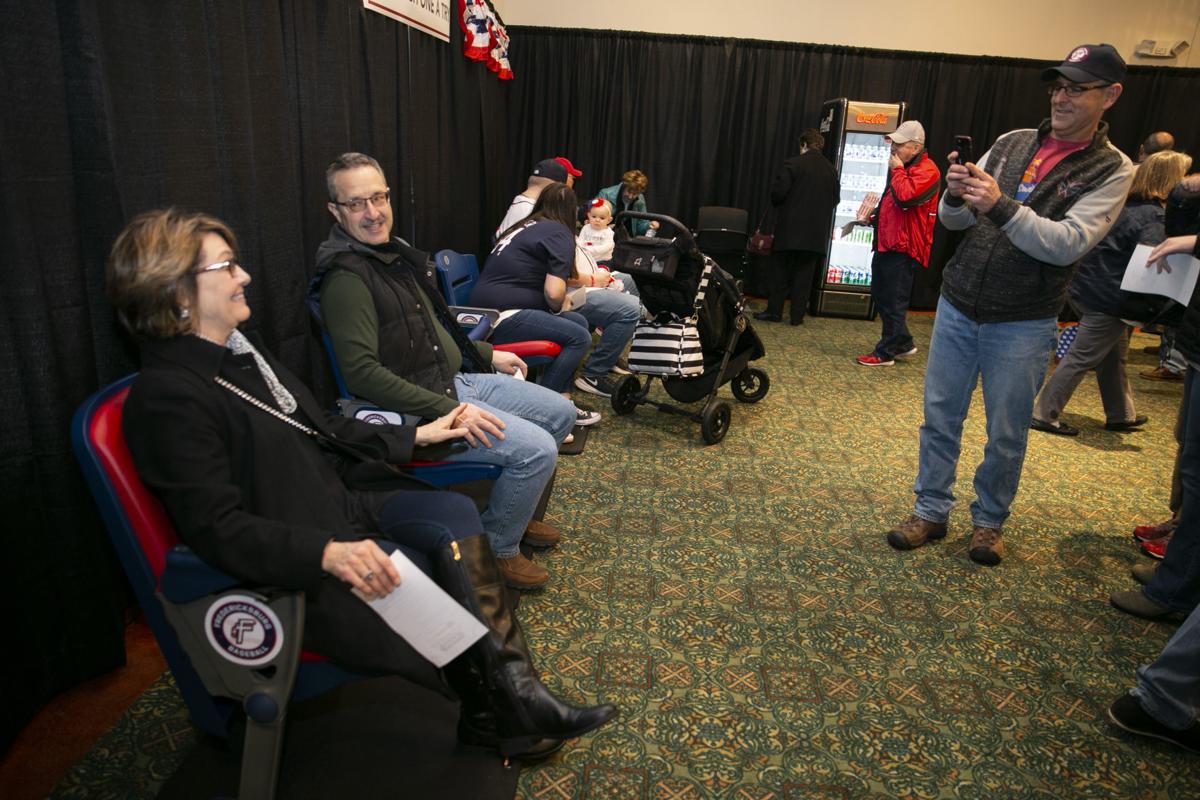 George Judd takes a photo of Beth Bulatsi and Dion Herbert as they try out different types of stadium seats at the groundbreaking event on Sunday. 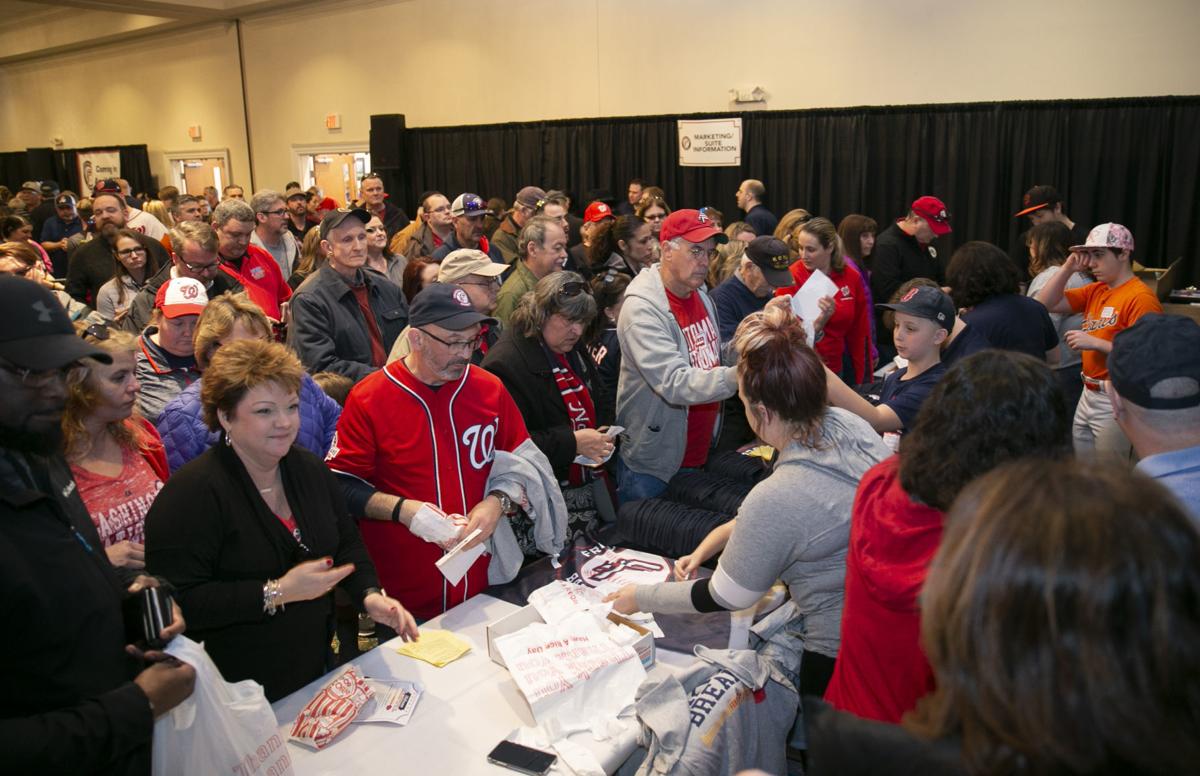 George Judd takes a photo of Beth Bulatsi and Dion Herbert as they try out different types of stadium seats at the groundbreaking event on Sunday.

Sunday morning’s clouds and rain gave way to sun and warmth just in time for a groundbreaking ceremony for Fredericksburg Baseball’s new stadium.

The $35 million privately funded stadium is scheduled to be completed in time for the 2020 season.

Roughly 1,000 guests attended Sunday’s event at the Fredericksburg Expo Center and enjoyed complimentary peanuts and popcorn. Team owners Art Silber, son Seth and daughter Lani Silber–Weiss were on hand to celebrate starting work on the future home of the team that is currently called the Potomac Nationals.

Art Silber, who is entering his 30th year with the Potomac Nationals, also spoke to the crowd.

“The Fredericksburg community has been extraordinary,” he said. “We need you, and I cannot tell you how we are absolutely blown away by the reception that you’ve given to me and my entire family, and I can only tell you that you’ll be repaid by the greatest ballpark, the greatest baseball and the best family experience that you can possibly have.”

Seth Silber also acknowledged family friend and Minor League Baseball executive Peter Kirk, who has built more than a dozen minor league stadiums. “Nobody has more experience doing this, and nobody has played a bigger role in delivering to you what is going to be the most incredible facility in minor league baseball,” he said.

Fredericksburg Mary Katherine Greenlaw was among the dignitaries on hand Sunday.

“It’s just a great quality of life amenity for a community to have, and something for the entire Fredericksburg region to enjoy,” Greenlaw said.

The City of Fredericksburg has agreed to pay the club $1.05 million a year for 30 years to lease the stadium for concerts and other events. The city plans to cover its commitment through proceeds generated by the stadium.

In addition to seating for 5,000 fans in the stadium, there will be 13 suites, an exclusive Club Level, and of course, places to eat. Some of the other activities anticipated at the stadium include concerts, other sporting events such as soccer and lacrosse, a water park, an ice rink and sleepover and jamboree opportunities for those in scouting.

Lamar and Bettie Boone of Catlett have both been involved with the Potomac Nationals for 24 years and were overwhelmed with the outpouring of support shown by the Fredericksburg community for the new ballpark.

Megan Dempsey of Fredericksburg frequently takes her children Allison, 14, and Andrew, 11, to Saturday evening games at the P-Nats’ current stadium in Woodbridge. Now, Dempsey’s plans are to purchase season tickets to “attend all of the games in Fredericksburg,” she said.

As for the team’s new name, a contest will be held to give fans an opportunity to have a role in naming the organization. Even though that process hasn’t officially started, the mayor’s office is already receiving suggestions.

“It’s going to be fun to see what name we come up with,” Greenlaw said. “There’s nothing more 100 percent American than having a baseball team in our city. It’s something that all ages—all generations—can enjoy.”