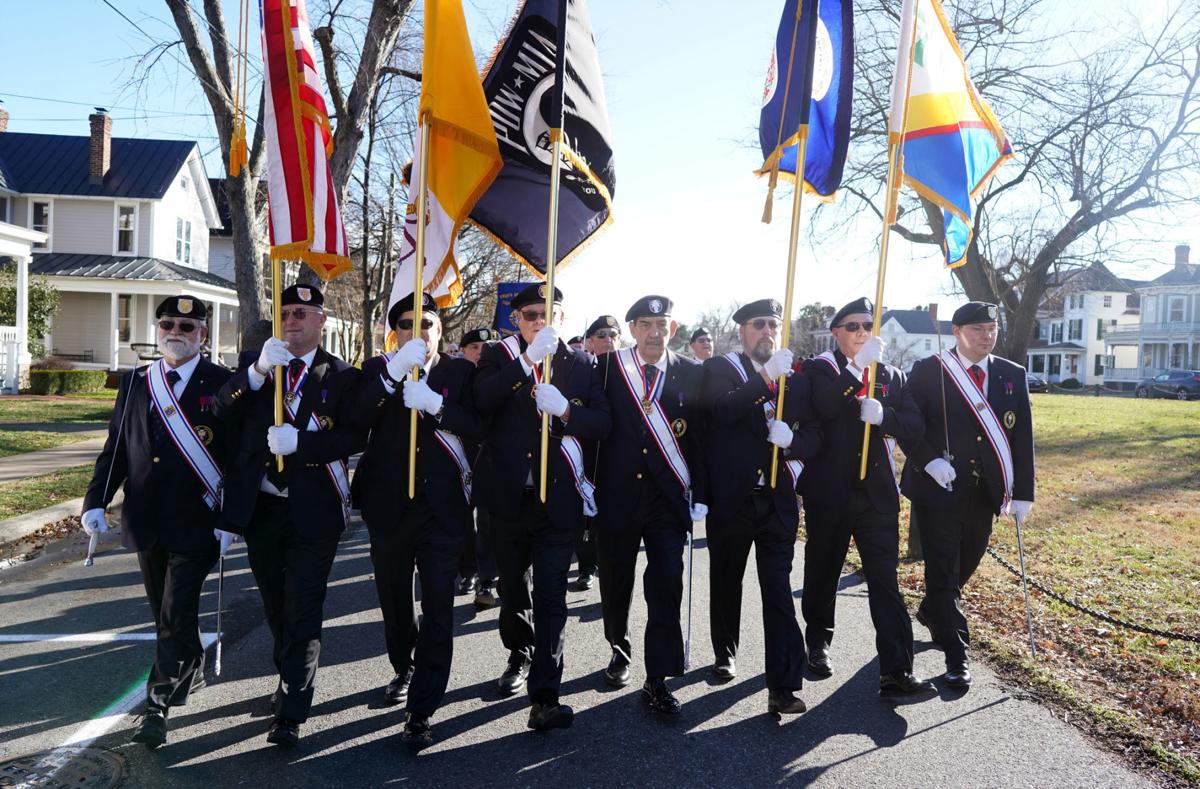 The Knights of Columbus Rappahannock Assembly march along Washington Ave. during a Religious Freedom Day event. 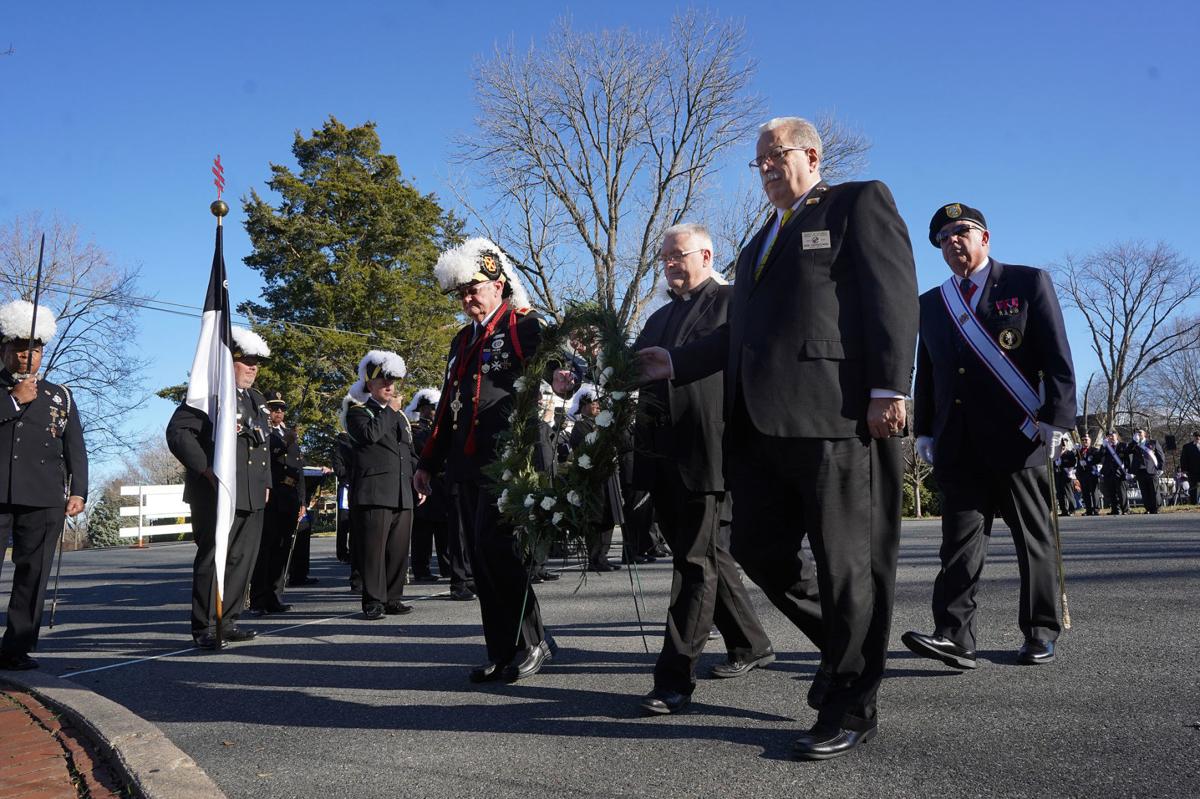 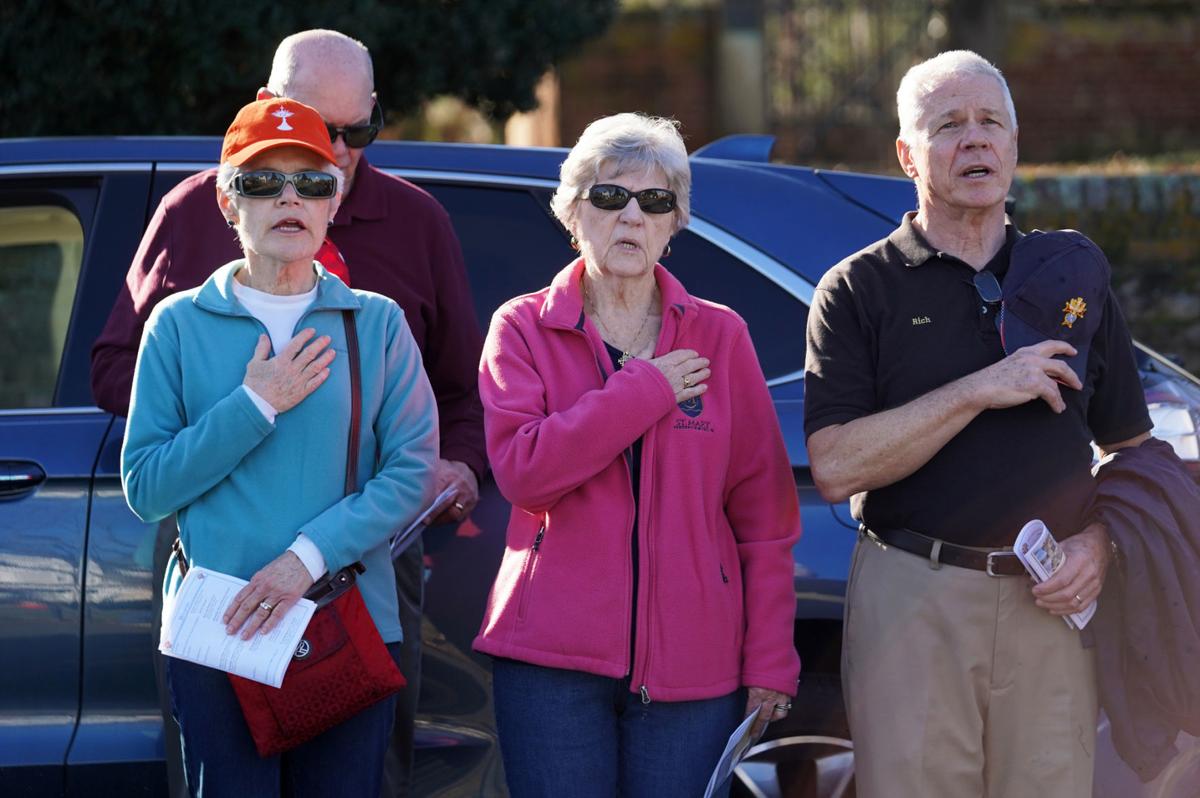 Ann Misener (left), Karen LaRoche and Rich LaRoche participate in the national anthem during the celebration. 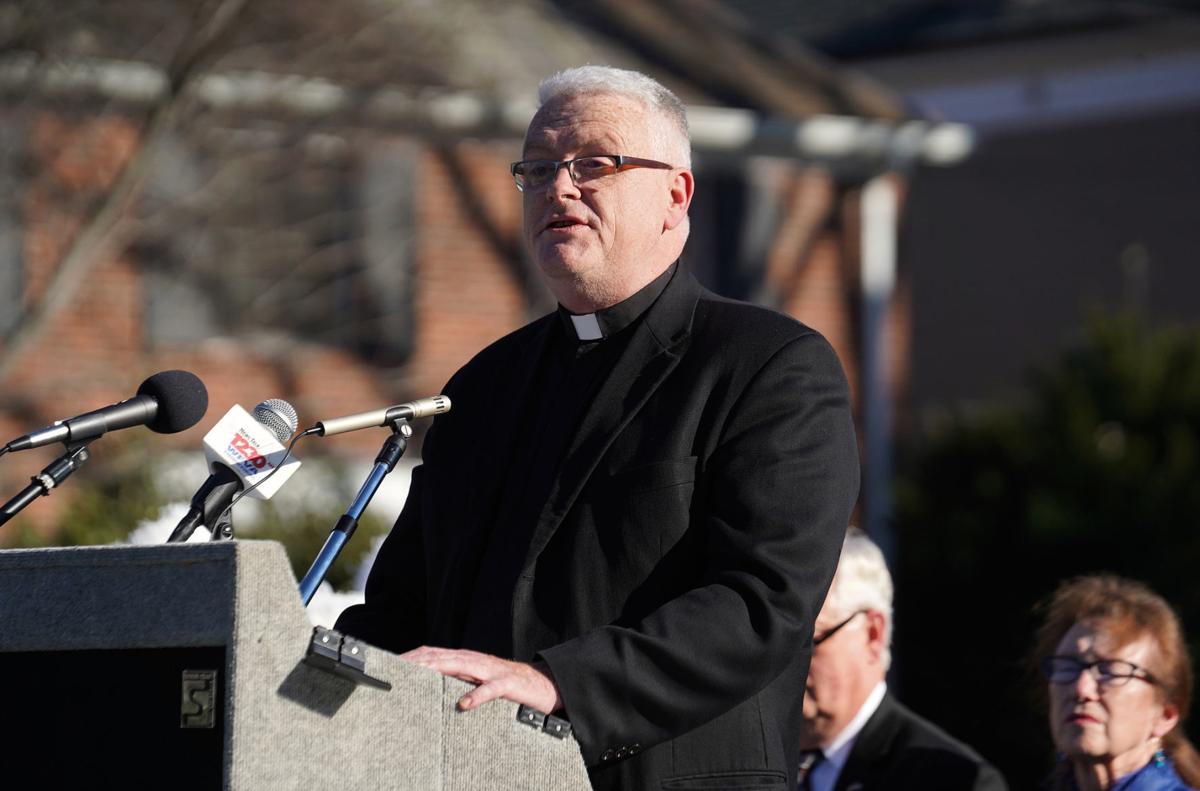 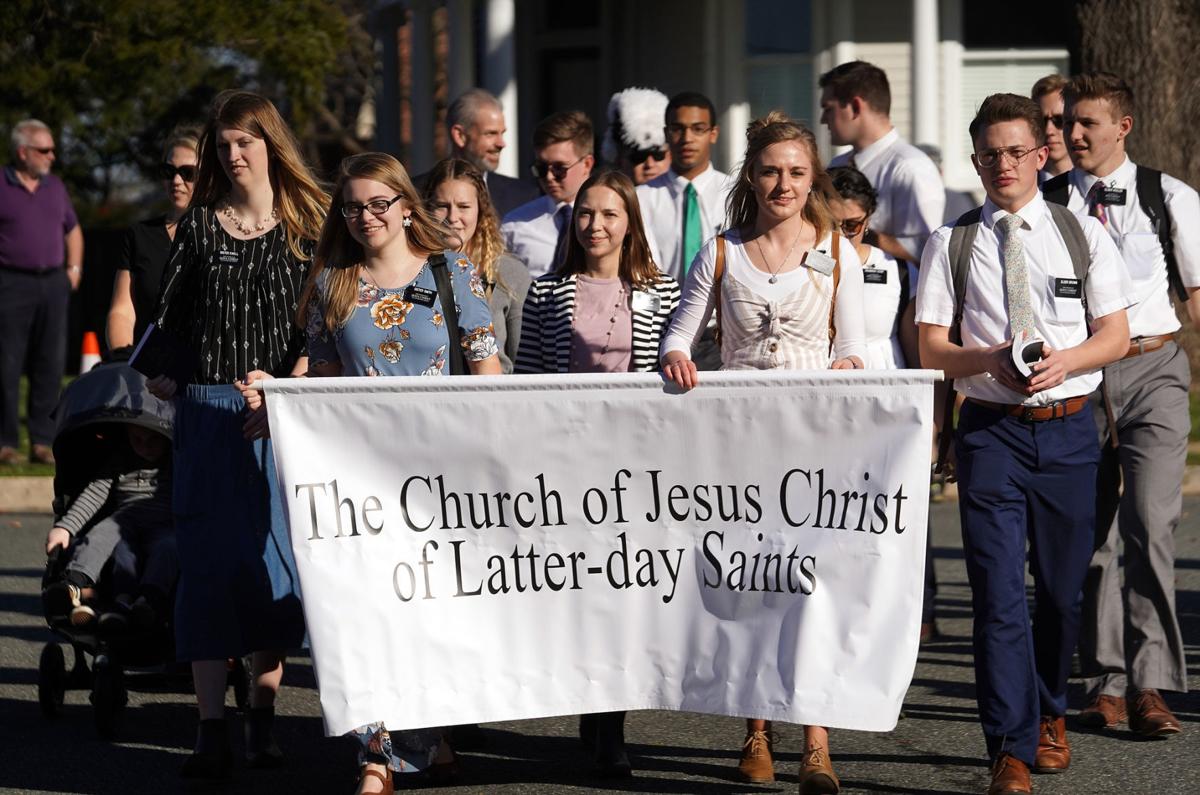 Members of The Church of Jesus Christ of Latter-day Saints in Spotsylvania marched in the Religious Freedom Day parade along Washington Avenue. 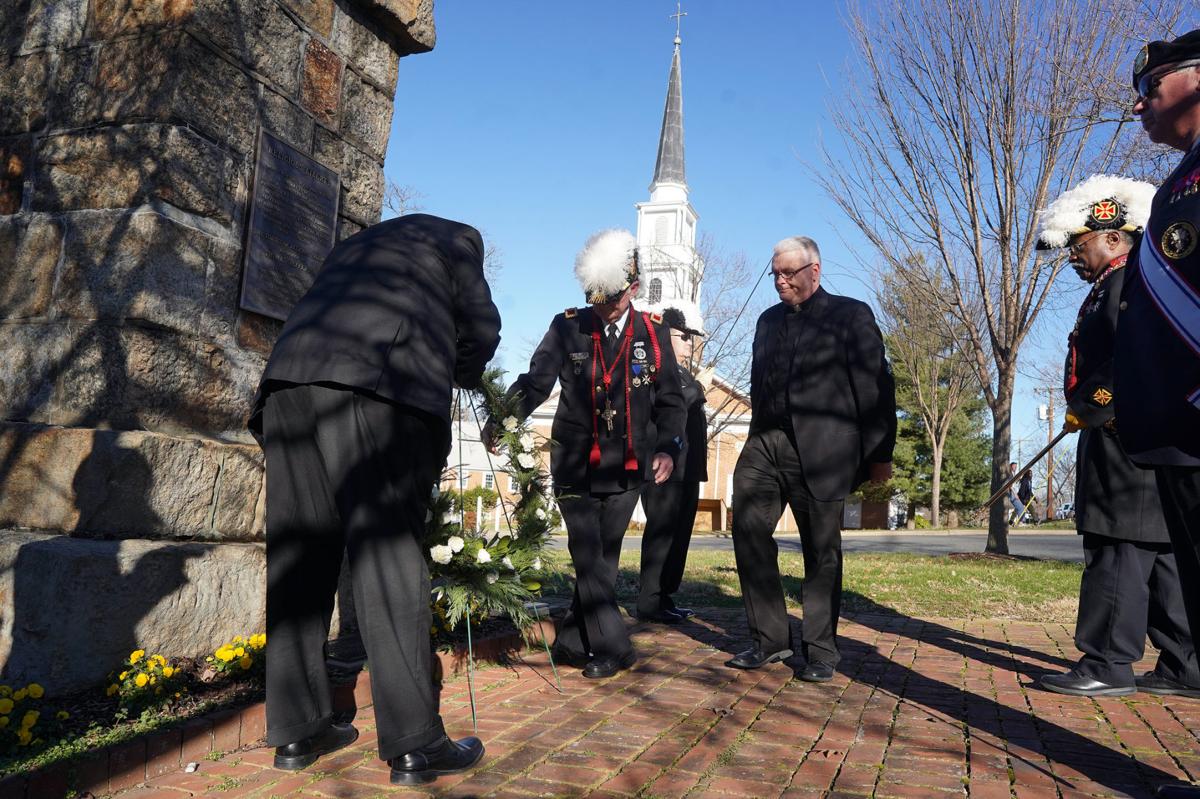 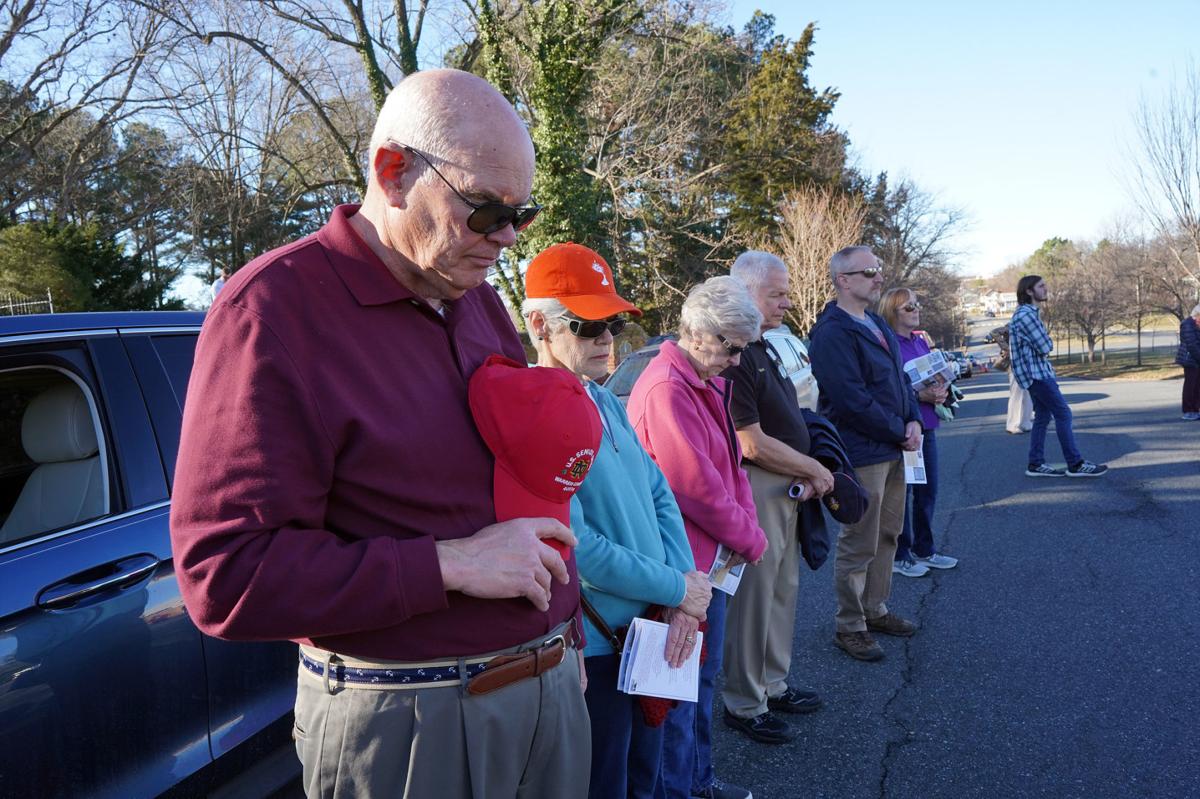 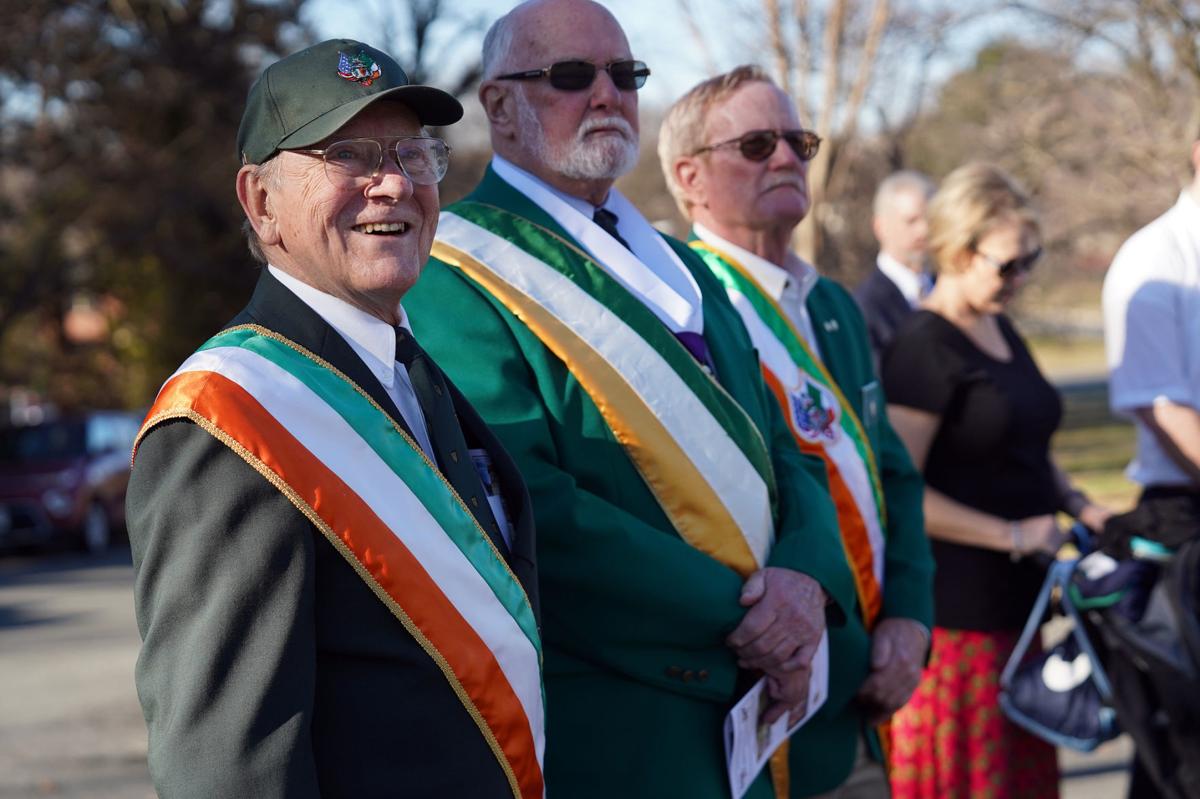 The Knights of Columbus Rappahannock Assembly march along Washington Ave. during a Religious Freedom Day event.

Ann Misener (left), Karen LaRoche and Rich LaRoche participate in the national anthem during the celebration.

Members of The Church of Jesus Christ of Latter-day Saints in Spotsylvania marched in the Religious Freedom Day parade along Washington Avenue.

“Today means we have the right to practice our faith without government interference or interference from anyone else,” said Grand Knight Gary Rolla of the Knights of Columbus Council 4034 in Fredericksburg.

Participants from various churches in the area marched from the Fredericksburg Virginia Railway Express parking lot to the green on Washington Avenue. There, while patriotic music played, the group celebrated the 243rd anniversary of Thomas Jefferson’s draft of the Virginia Statute for Religious Freedom.

Rolla was one of the many flag bearers that processed with the group onto Washington Avenue. Rolla said members of his fraternal council founded the city event 47 years ago to march in solidarity with people of all faiths.

“It’s not just about us as Catholics, but the larger picture of everyone that worships the eternal God,” said Rolla. “It’s important that we all recognize that there is a God, that something created everything.”

At that tavern, Jefferson took on the task of drafting the historic document.

Fredericksburg Mayor Mary Katherine Greenlaw called Jefferson’s document “a principle on which our town was founded.”

“Of all [Jefferson’s] many accomplishments, this was one of the things he wanted to be remembered for,” said Greenlaw. “It makes me very proud it was written in Fredericksburg and became part of our [U.S.] Constitution.”

The bill established the principle that “no man shall suffer on account of his religious opinions or beliefs.” The Virginia statute would go on to later be incorporated into the U.S. Constitution as the First Amendment of the Bill of Rights.

Dave McLaughlin of Fredericksburg said Jefferson’s work is timeless, and although McLaughlin says there are struggles associated with religious differences and beliefs, the historic document has survived the challenges to benefit all Americans.

“Jefferson’s document became the bedrock, the foundation of what became freedom of religion as espoused in the First Amendment,” said McLaughlin. “It’s a beautiful document, it’s survived centuries of challenge, and we’ve dealt with it. The document has worked over the centuries.”

Rooney served as pastor of St. Mary of the Immaculate Conception Catholic Church in the city for several years before transferring to his current assignment in Springfield.

Rooney recalled observing Fredericksburg as “one of the best models and best relationships between all of the churches” in a downtown area.

“I am able to see that real relationships are forming among churches, real fraternity,” said Rooney. “Union on the level of humanity. If only globally, we were beyond denying one another as human beings. We are mostly there, here in the United States, but there still lies in our hearts a distant memory of hate, which allows us to still fear.”

Rob Hybl of Spotsylvania represented Redeemer Lutheran Church in Spotsylvania at Sunday’s event. Hybl said he feels privileged to live in a country where religious choice is a basic right.

“That’s what makes this United States an amazing country,” said Hybl. “Today, here, we’re so close to the cemeteries where people have fought and died. All the people, whatever side they fought on, dwelling in those cemeteries now, they allowed us to celebrate our religious freedoms today.”

Sunday’s event, hosted by the Rappahannock Assembly of the Knights of Columbus, was held near the Religious Liberty monument on Washington Avenue that memorializes Jefferson’s document. The monument was first unveiled at its original location at the corner of George and Barton streets during the 200th anniversary of George Washington’s birthday on Oct. 16, 1932. The monument was moved to its present location in 1977.

“Here is the place where all are free to be who they are, spiritually, to live out their lives in relationship with God, in whom they have been formed,” said Rooney.

I love reading about this. Very special to have this in our community. Respect to the Knights of Columbus for organizing, and to everyone who came out to participate.