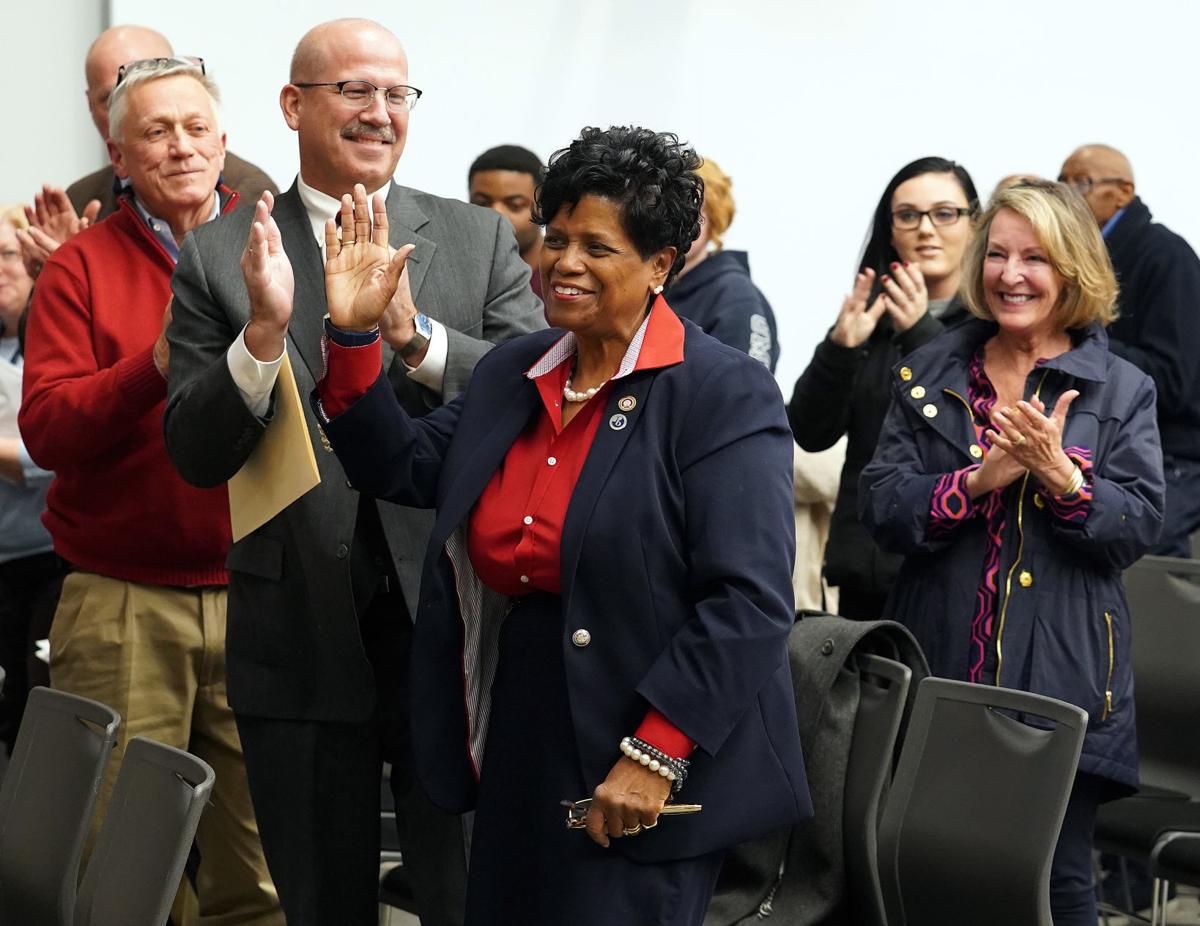 Marceline “Marcie” Catlett (center) was named the new Fredericksburg City Schools Superintendent. The crowd gathered for the announcement at the School Board office gave her a standing ovation. 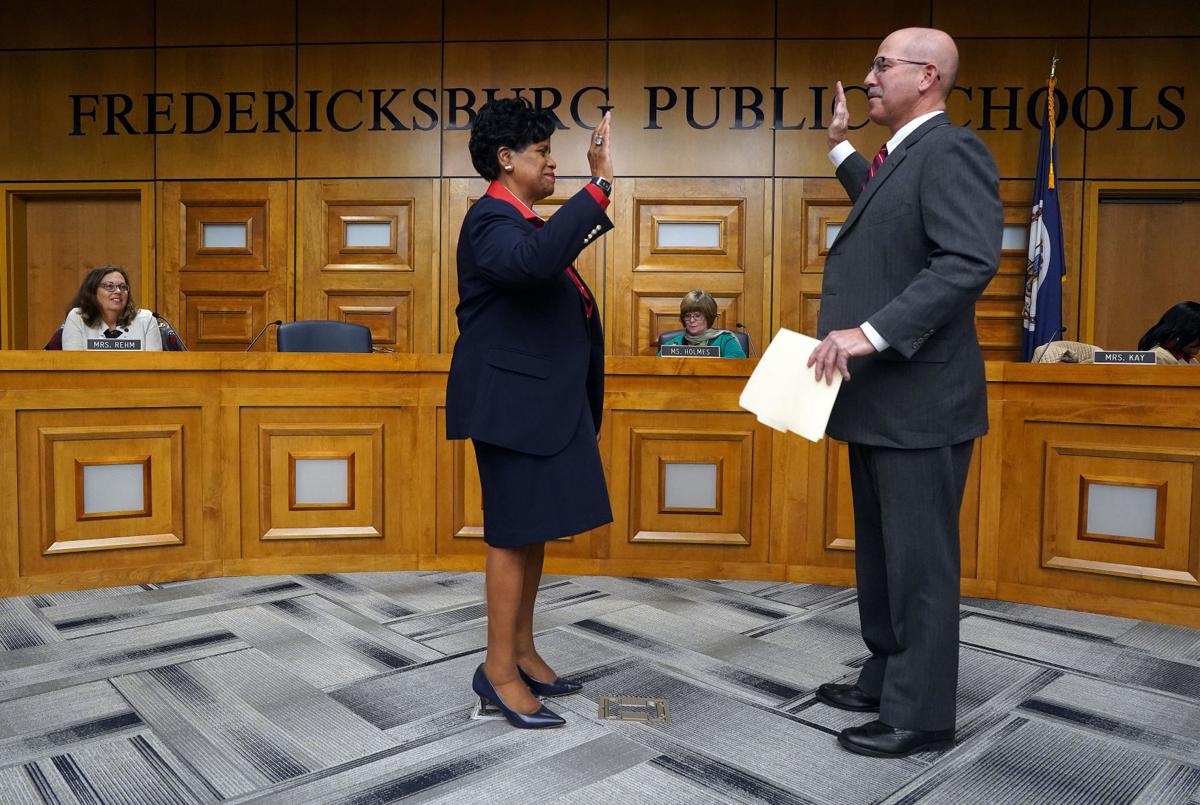 Marceline “Marcie” Catlett (center) was named the new Fredericksburg City Schools Superintendent. The crowd gathered for the announcement at the School Board office gave her a standing ovation.

Family, friends, coworkers and others who’d packed the Walker–Grant Center meeting room Wednesday evening burst into applause and rose for a standing ovation as School Board Chairman Jennifer Boyd announced that Marceline “Marci” Catlett had been selected as the next superintendent. She had been the school system’s deputy superintendent, and was picked to serve as interim superintendent after David Melton retired in June.

“The Fredericksburg City School Board is excited that Dr. Catlett will continue to lead our school division to even greater heights as our superintendent,” said Boyd. “Dr. Catlett rose to the top of the extremely competitive applicant pool with her plan for community engagement, her exciting vision for our school community, and her demonstrated ability to lead at the speed of change.”

Catlett has spent her entire career in the city school system, and residents who spoke during a special session on the superintendent search held in August said that they want someone who would live in the city and be engaged with the community. They had been cautioned not to mention any potential superintendent candidates by name, but it was clear that many in the audience were describing Catlett.

“I am elated and extremely honored to be appointed the 25th superintendent of Fredericksburg City Public Schools,” said a beaming Catlett as she gazed out at the crowd of nearly 100 people in the audience. “Thank you to the School Board for selecting me and the Fredericksburg community for your unwavering support, encouragement and faith in my ability to serve as your superintendent. As a team and with hard work, diligence, perseverance, effort and a sense of urgency, we will provide all students of FCPS the best educational opportunities possible.”

She was elected on a 5–0 vote. Longtime School Board member Malvina Kay said it was “with humility” that she had to abstain because Catlett is her sister. As Catlett held the hand of Marie Rollins, their 96-year-old mother, Kay recalled how their mom used to tell them that she wanted them to be teachers. Afterward the meeting, she added that when she told their father that her little sister really did want to become a teacher, he said that she shouldn’t stop there.

Boyd told the audience that the applicants were outstanding and diverse, and the School Board narrowed the field to six candidates that board members felt were “excellent possibilities with a lot of potential to lead.” She said that the search was thorough and fair, and it was the unsolicited community support for Catlett that helped to set her apart.

School Board member Jannan Holmes said that she’d been giddy all day about being able to share the news that Catlett had been selected. Judge Gordon F. Willis swore the new superintendent in at the meeting, and she signed a four-year contract. Her new position officially started that evening.

Catlett was born and raised in Fredericksburg, and her mother enrolled her and her sister in Maury Elementary School before integration became the law of the land. Catlett was class president when she graduated from James Monroe High School in 1977. Retired Fredericksburg Superintendent Richard Garnett, who was the JMHS principal at that time, was among those who congratulated Catlett after the meeting.

Catlett earned a bachelor’s degree in elementary education from Virginia State University in 1981, a master’s of education degree from the University of Virginia in 1986 and a doctorate in educational leadership and policy studies from Virginia Tech in 2017. She also has postgraduate certificates from Harvard University and the Virginia Association of School Business Officials.

Catlett became the city school system’s deputy superintendent in 2012, and has also been an adjunct professor at the University of Mary Washington and Shenandoah University.