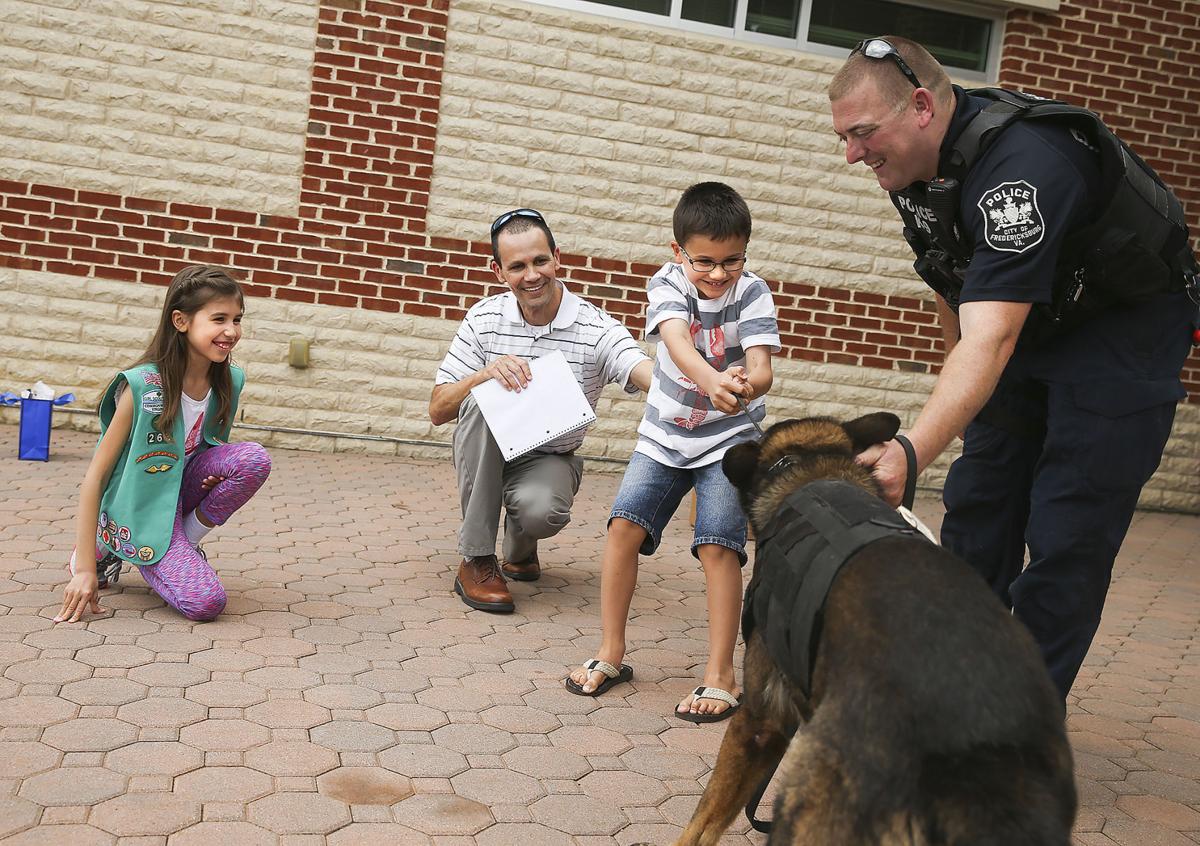 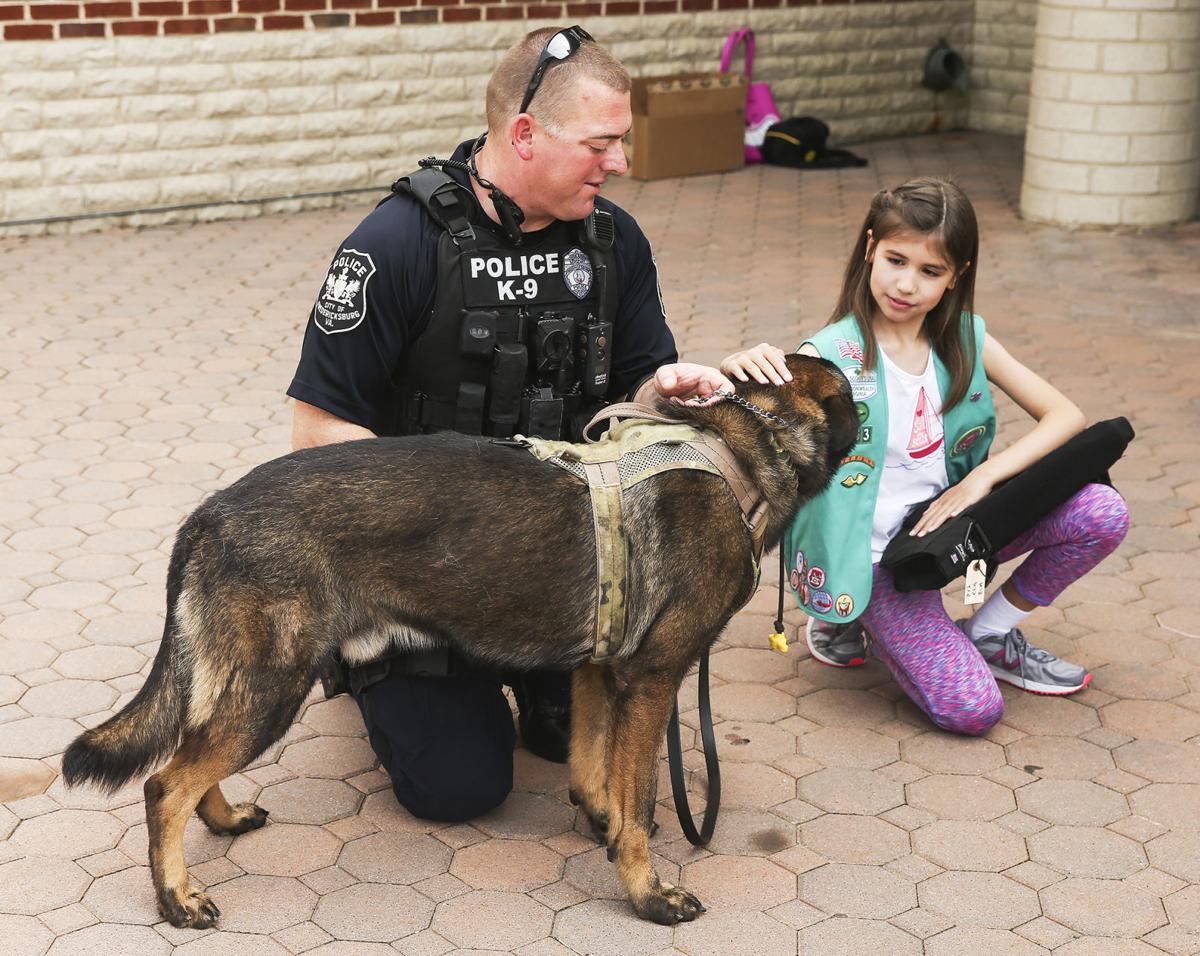 When Olivia Powell was thinking of a project for her Girl Scout Bronze Award, she called the Fredericksburg police with a question: Did the department need a bulletproof vest for a dog?

The call couldn’t have come at a better time, said Sgt. Josh Lynch, the handler for Lex, the department’s newest K-9. His predecessor, Max, had recently retired and his vest didn’t fit the younger dog, an 18-month-old German shepherd who weighs about 30 pounds less.

The 10-year-old Fredericksburg girl then went out and raised nearly $1,000 for the ballistic vest. At a ceremony last week, she wore an ear-to-ear grin as she presented the vest to Lex and Lynch.

Canine ballistic vests can mean life or death for these brave pups. Lynch said 12 canines lost their lives to gunfire across the nation last year, underscoring the need for protection. The vests protect the dogs’ vital areas and backs.

Just last year, Dux, a 2-year-old German shepherd with the Spotsylvania Sheriff’s Office, was shot while pursuing a fleeing suspect. After a nearly two months, Dux made a full recovery and returned to duty.

Lex graduated from his nine-week training program last month, which means the faithful police companion is now ready for duty. He has been trained in patrol utility and narcotics. Lynch said Lex will train with the vest before going into a real-world crime situation.

“Dogs can get hurt just as easily as people, and they are often the first ones sent into a dangerous situation,” Lynch said. “We are fortunate to be in Fredericksburg, where there is so much community support.”

The Bronze Award is one of the highest honors achieved by a Girl Scout. It involves putting together a project that will have a lasting impact on the community, such as planting a tree or organizing a clothing drive for a local homeless shelter.

Olivia, a self-described dog lover, got the idea for her project after hearing about a police dog that was shot in the line of duty and hospitalized.

“I saw how cute these dogs were and heard about the one in the hospital after he got shot,” she said.

Olivia spent the next several months investing a significant amount of time and energy into raising funds for the protective vest.

She organized a yard sale where she sold some of her own things, including toys she no longer used. She also participated in penny wars—a fundraising competition—and arranged a bake sale. Ray Allen, a retailer for police and military canine equipment, gave Olivia a $200 discount for the vest after hearing about her project.

“It feels really nice to have done this,” Olivia said. “We didn’t just buy a vest—we saved a life.”