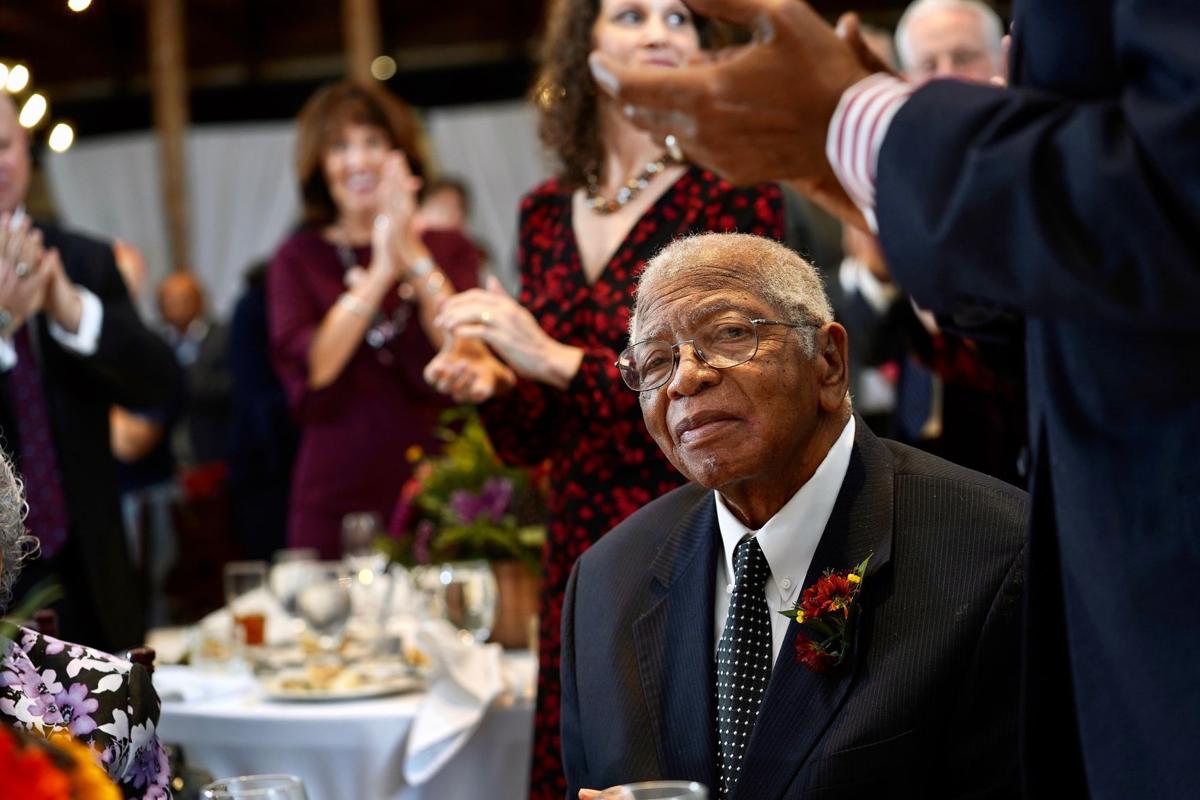 Artist and educator Johnny Johnson was honored by Germanna as Philanthropist of the Year on Nov. 20. The event was a fundraiser for the Gladys P. Todd Academy, which needs a new source of funding. 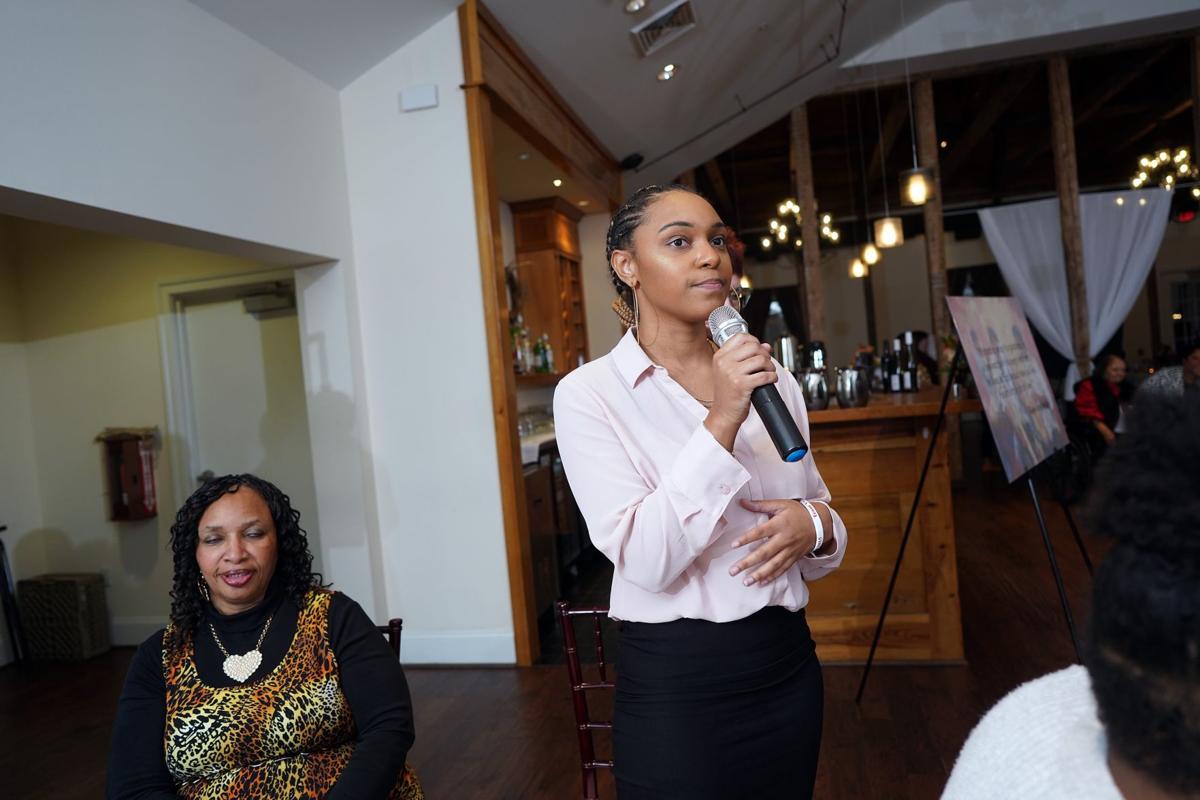 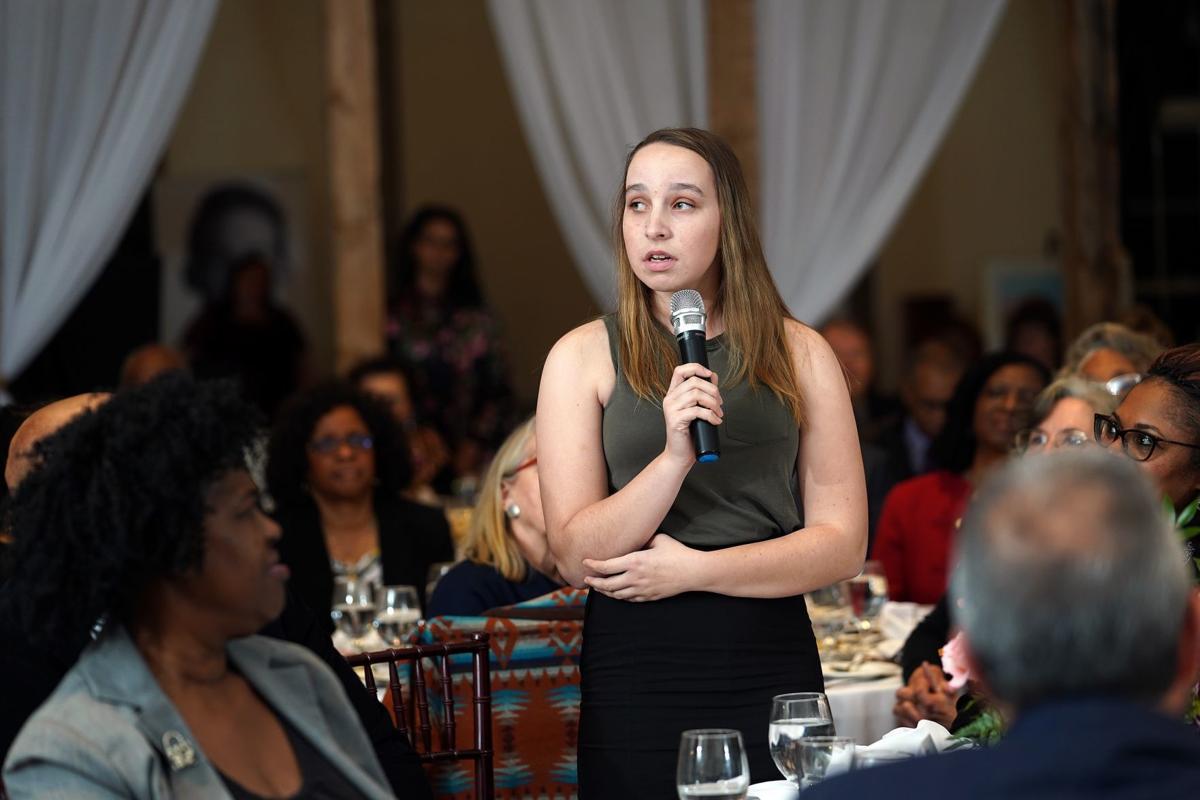 Artist and educator Johnny Johnson was honored by Germanna as Philanthropist of the Year on Nov. 20. The event was a fundraiser for the Gladys P. Todd Academy, which needs a new source of funding.

The Gladys P. Todd Academy, a dual-enrollment program for first-generation college students, is running out of money.

The program, which is a partnership between Germanna Community College, James Monroe High School in Fredericksburg City and Spotsylvania High School, gives at-risk students the chance to earn an associate’s degree while still attending high school.

“We have enough funds to put the current cohorts [high school juniors and seniors] through to graduation from high school/college,” said Germanna President Janet Gullickson. “But after that time, we will really have to make serious decisions.”

“We will have to do that as soon as this spring, because we’ll have to start recruiting the next cohort of [high school] juniors in the spring, and we would never start the recruitment unless we could finish,” she added.

Named for the longtime Fredericksburg teacher and civil rights activist who died in 2015 at age 101, the Gladys Todd Academy was initially funded by a grant of “a little over $2 million” from philanthropist Doris Buffett’s Sunshine Lady Foundation, Gullickson said.

It launched in the fall of 2015 with 22 students. Now, there are 39, split between a junior and a senior cohort.

A total of 58 students have graduated from the Gladys Todd Academy and “a very high percentage” have transferred to four-year colleges and universities, said Mike Zitz, Germanna’s special assistant to the president for media relations and public affairs. Todd Academy graduates have gone on to attend University of Mary Washington, U.S. Military Academy at West Point, University of Virginia and College of William and Mary, among others.

The program covers tuition and books for associate’s degree coursework at Germanna, as well as transportation from the high schools to Germanna and a personal computer for the students.

“The only source of funding has been Doris Buffett,” Gullickson said. “It was very generous of her, but it was expected all along that we would eventually stand on our own two feet and we are trying to do that.”

This year, Gullickson said, the Gladys Todd Academy’s partner high schools have picked up the cost of transporting students to Germanna.

“They have been very generous and that has helped us reduce some of the costs of the program,” she said.

Gullickson said Germanna is working with a grant writer to identify funds that might be available to support the program.

“But I don’t know that there are a ton of those funds out there,” she said.

The community college recently hosted a fundraiser at Stevenson Ridge Winery for the academy, honoring local artist Johnny Johnson. Tickets were $100 per person and the venue, which has a capacity of 200, was sold-out, Gullickson said.

“Every dime raised will go to the Gladys Todd Academy,” she said.

Students spoke at the event about what the Todd Academy has meant to them.

“It was the best decision I made in high school,” said Jayde Greenwood, a May 2019 graduate of the academy who now attends Sweet Briar College.

Greenwood said the most important lesson she learned is that “it’s OK to ask for help.”

She said she struggled in her biology class this semester at Sweet Briar and if she hadn’t attended the Todd Academy, she would have been too scared to seek assistance and would have failed the class.

“People will get behind; it’s inevitable,” she said. “I learned through the Todd Academy that if you show that initiative that you want to do better, people want to help.”

Stephanie Catlett was in the first cohort of students to graduate from the Todd Academy in 2015. She is a first-generation college student now attending George Mason University.

She said the Todd Academy gave her the academic background to succeed in college and figure out early on what she wanted to study. Without it, she said, she wouldn’t have known what to expect from college.

In addition, Catlett said, the program helped her have confidence in public speaking and networking.

Gullickson said a program geared towards first-generation college students is important because those students have more obstacles in their path through higher education.

“The reality is, children of parents who went to college have a much easier time understanding the ropes of college, whereas first-generation students need a ton of support in order to get into college, stay in college and graduate,” she said. “The return on investment of these dollars that we’ve invested in these students has paid back really 10-, 20-fold in terms of what these students will do for the community.”

“If we hadn’t made the investment, I don’t know what would have happened to those students,” she continued.

“The Germanna Scholars program is heavily funded by someone from the Culpeper area,” Gullickson said. “What would be ideal is if we could find a similar angel, or angels, in the Fredericksburg area.”

Catlett said losing the Gladys Todd Academy would be “a big setback for our community.”

“So many people made the effort, including Ms. Doris Buffett, to give us a chance to raise ourselves up, to take some of that weight off our shoulders,” she said.