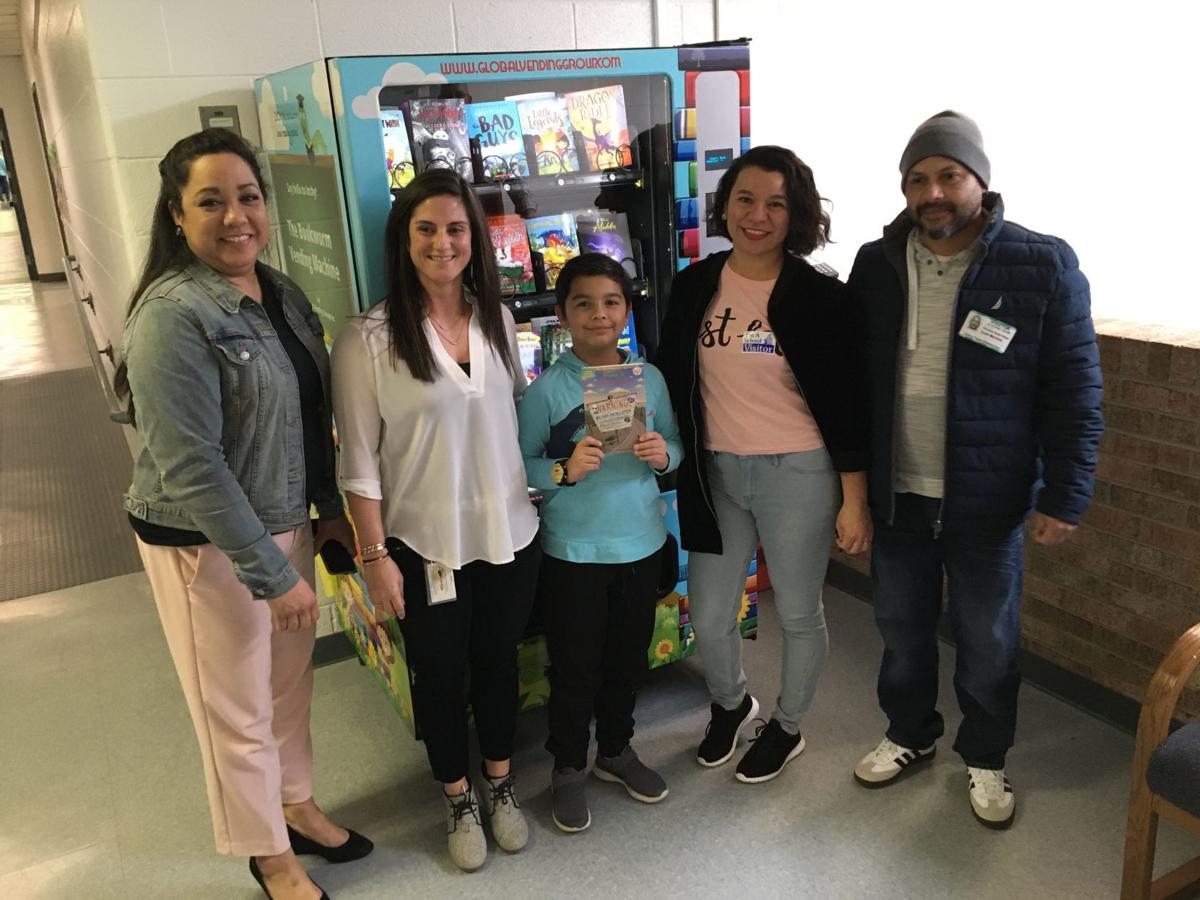 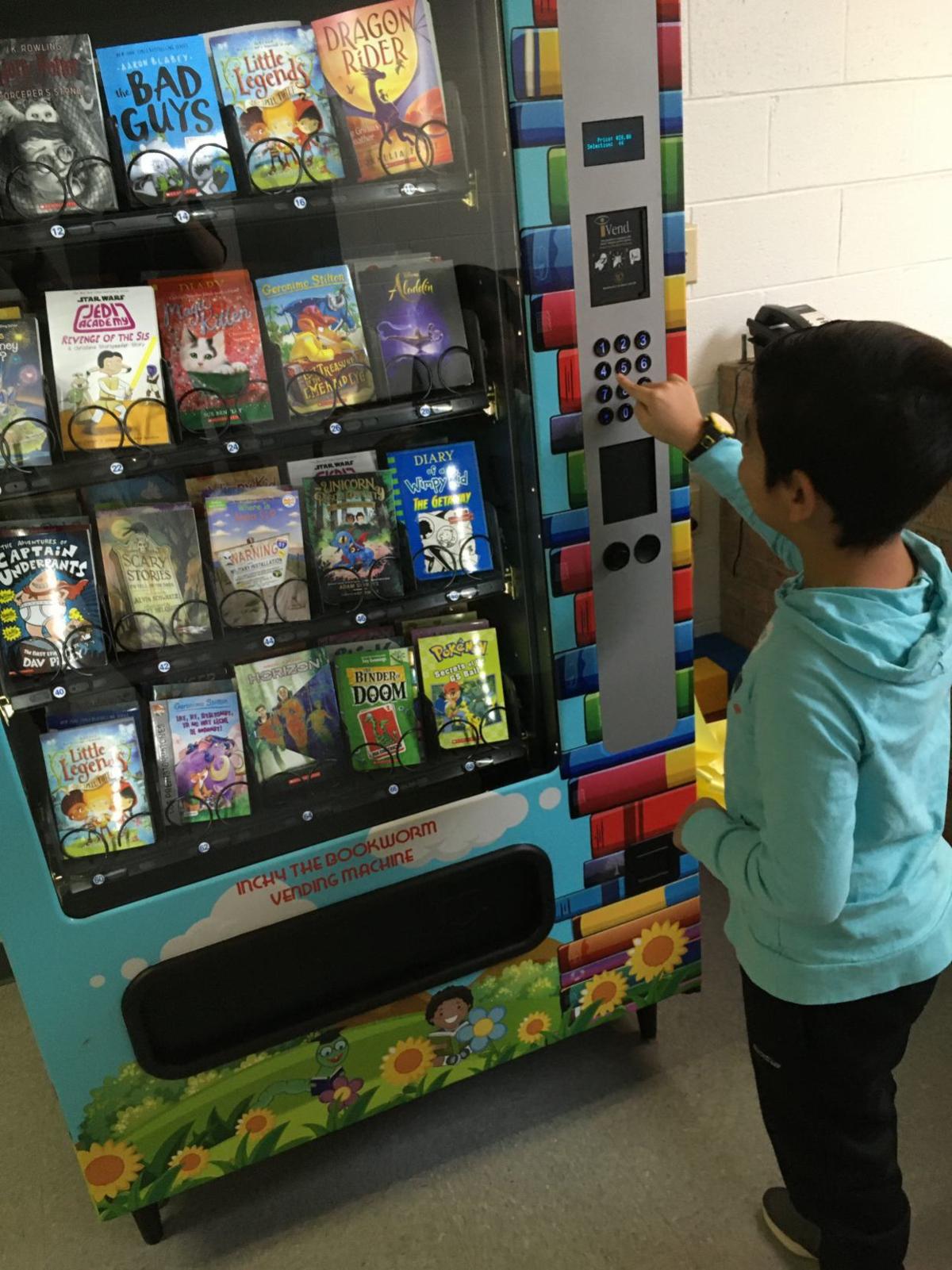 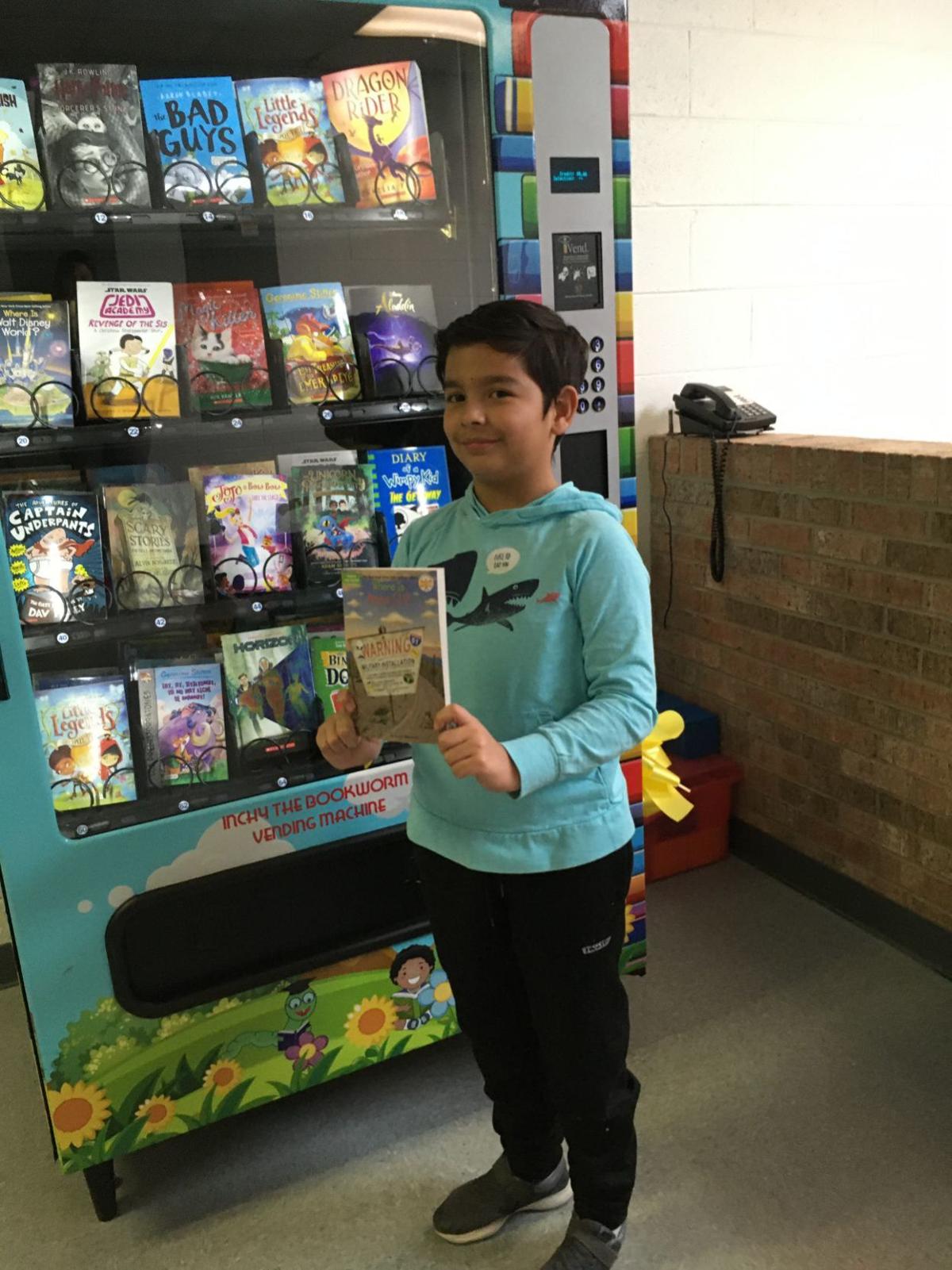 Fourth-grader Adrian Ayala Ortega, 10, with the book he got from the book vending machine at Ferry Farm Elementary in Stafford.

Fourth-grader Adrian Ayala Ortega, 10, with the book he got from the book vending machine at Ferry Farm Elementary in Stafford.

Last week, fourth-grader Adrian Ayala Ortega was the first student to try out Inchy the Bookworm Vending Machine. He slipped a gold coin into the machine, punched a few buttons and out slid the book of his choice—“Where is Area 51” part of the “Who HQ” series of biographies and histories for kids.

He’d already identified the book he wanted the day before, when we was on safety patrol duty around the corner from the vending machine.

Adrian, 10—who’s also a Harry Potter junkie currently reading the fourth book in the series—was chosen by his teacher, Danielle Chambers, and Ferry Farm administration be the first to use the new book vending machine.

“He was chosen for his outstanding effort in reading,” Chambers said.

Principal Robert Freeman installed the vending machine because he wanted to “try something to get the kids to want to read.”

Kids can earn special gold tokens from their classroom teachers when they excel or improve at reading. They can use the tokens to purchase a book to keep from the vending machine.

“The kids have asked, ‘We really get to keep the books forever?’ ” Chambers said. “They’re excited.”

“We had a lot of fun shopping for it,” said Freeman.

The PTA has also donated $1,400 to refill the vending machine as needed.

There are books for all reading levels, from early-readers for the kindergarten set to Harry Potter, the Who HQ series and others for older elementary students.

Only the gold coins will work in the vending machine.

Freeman said he’s already discovered quarters in it, showing that curious students have been eager to try it out.

For now, students will be able to use their gold coins in the machine on Fridays between 11 a.m. and 1 p.m. There will be a teacher manning the machine during that time to help children make their selection.

They were gleeful as they watched him pick out his book.

What a great idea!