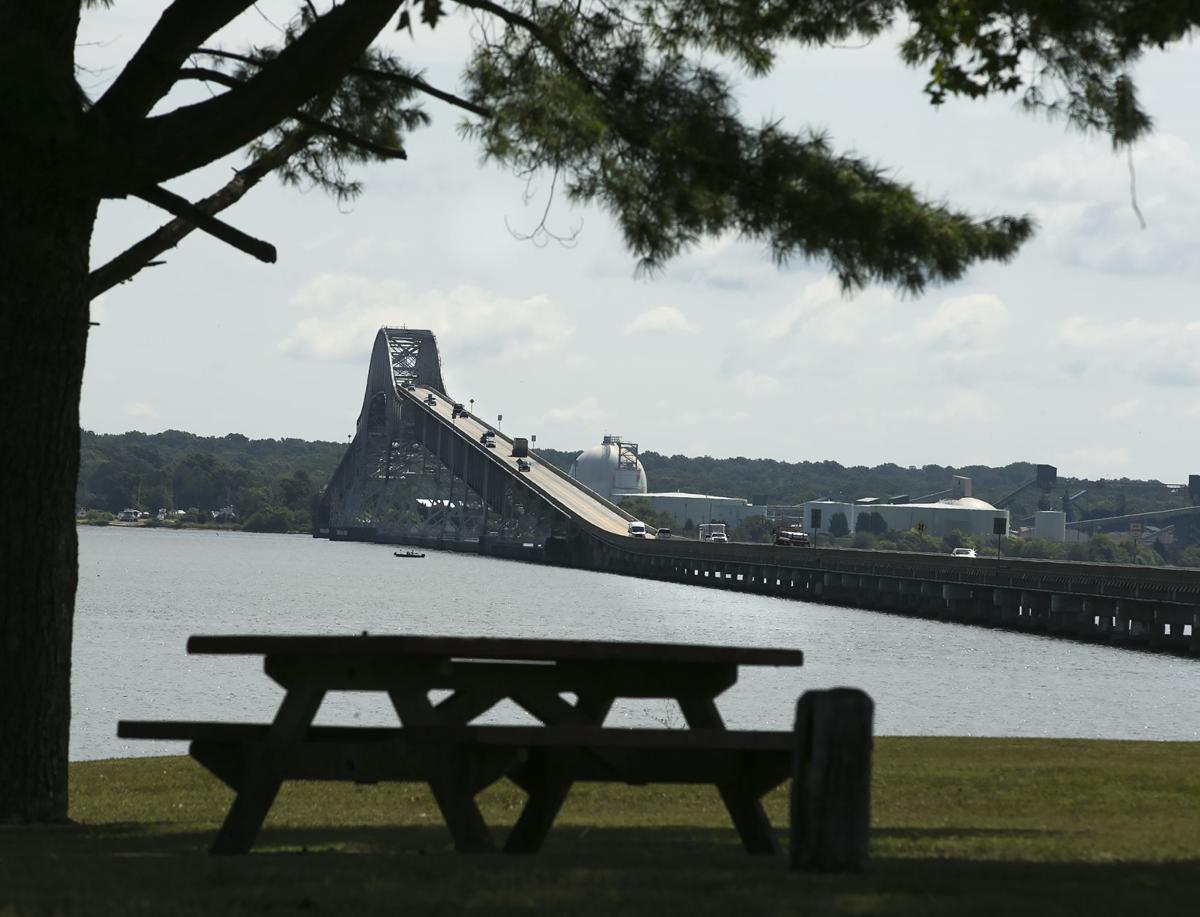 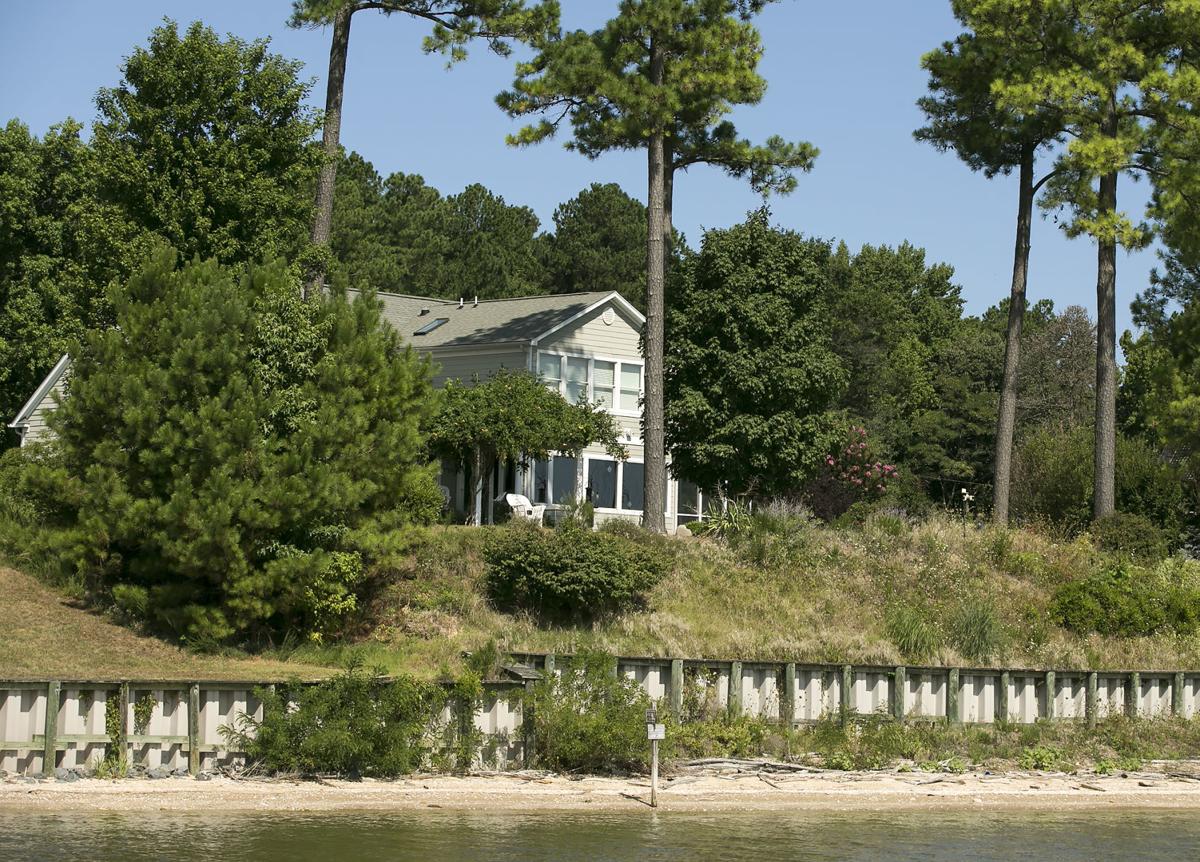 The Buckler home at 3321 Roseland Road is one of two parcels King George has accepted from VDOT. 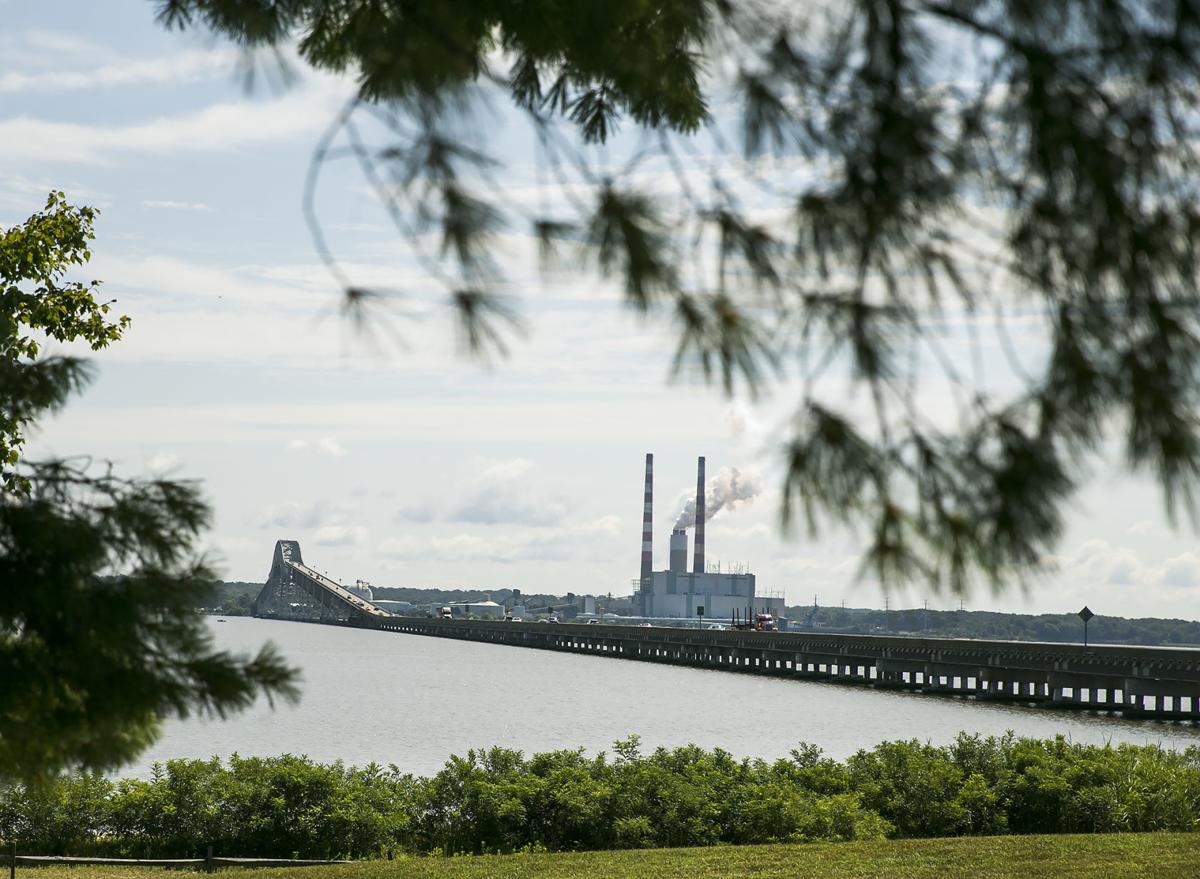 The Harry Nice Bridge over the Potomac will be replaced by a four-lane span to be finished in 2023.

The Buckler home at 3321 Roseland Road is one of two parcels King George has accepted from VDOT.

The Harry Nice Bridge over the Potomac will be replaced by a four-lane span to be finished in 2023.

As King George County has accepted property along the Potomac River in exchange for waterfront parkland being lost to the new Nice Bridge, rumors have circulated about what kind of facility might be built there.

There’s been so much speculation that Supervisor John Jenkins Jr. jokingly said it was news to him that “we had, like, a Kings Dominion moving there.”

Before anyone orders season passes, there is no amusement park, or even a facility like the YMCA Family Water Park in Falmouth, coming to the two parcels on Roseland Road in Dahlgren. County officials stress they don’t have concrete plans—or even the deeds yet.

The Virginia Department of Transportation is still working on closing the sale of the land, which will be given to King George to make up for 5.8 acres lost to the new bridge. Construction of the new Gov. Harry W. Nice Memorial/Sen. Thomas “Mac” Middleton Bridge should start next year and end by 2023.

The $765 million project, being funded by the Maryland Transportation Authority, will include two travel lanes in each direction. The wider footprint will consume almost 6 acres on the Virginia side—at Wayside Park, Barnesfield Park and the Dahlgren Heritage Museum.

VDOT is tasked with making up for the lost land in King George. Its staff members have worked with county officials for 2 1/2 years and looked at about a dozen different options. All along, King George representatives stressed they wanted waterfront acreage that people could access easily—because even though the Rappahannock and Potomac rivers run through the county, there’s no public beach in King George except at Wayside Park.

County officials determined they would not exercise eminent domain to get the necessary land, Supervisor Ruby Brabo said. That’s why county and VDOT officials looked only at land that was for sale, or they asked owners of prime acreage if they’d be willing to sell.

On Aug. 20, the King George Board of Supervisors unanimously agreed to accept two parcels VDOT offered. The first is a 2-acre property with a home that overlooks the Potomac River on Roseland Road, the last left turn on the King George side before the bridge.

Owners Lewis and Shirley Buckler put the property on the market early last year, asking $795,000 for it. County records list its value at $685,200.

The second is a 166-acre wooded tract known as the Point of Barnesfield. It’s owned by Carlos and Carrie S. Ferran, trustees, and Caly Builders, which has a post office box in Stafford County. The property is valued at $500,300.

Because the transaction involves a number of state and federal agencies, King George supervisors had to adopt a memorandum of understanding about the acceptance of parcels and create a tentative plan for the properties.

County Administrator Neiman Young called it a “back-of-the-napkin narrative” that calls for using the Buckler home for meetings, dinners and ceremonies. The house would be updated to accommodate the disabled, and a pier would be added to offer residents access to fishing and canoeing.

A wooded buffer would be maintained along Roseland Road on the Point of Barnesfield tract, except for a parking lot added to serve the Buckler facility. Then, other land on the large tract would be cleared for amenities that could include a lighted Little League baseball field, concession stands and bathrooms, an indoor baseball/softball facility, soccer fields, picnic areas and parking lots.

Just hearing the possible plans makes Peter and Barbara Karabots cringe. The couple bought their waterfront property in 2003, hoping they would retire on the shores of the Potomac. They had their choice of four similar-sized lots, but took the one next to Wayside Park because they hoped the parkland would be a buffer to development.

The Buckler home sits on the other side of their property and the Karabotses find themselves sandwiched between two possible park facilities.

In the last month, they’ve presented concerns to the Board of Supervisors and written local and state representatives. Peter Karabots asked why the county would put a park facility between million-dollar homes owned by seniors and said he was positive “none of you would accept this outcome if it was adjacent to your home.”

He also presented information about park users on Labor Day weekend. Both times he visited Wayside Park, trash cans were overflowing, and the majority of license plates were from Maryland.

“Why are we maintaining or financing a park for out-of-state residents?” he asked the Board of Supervisors on Tuesday night.

Young believes the Buckler property will give the county the chance to provide “more robust services” to residents than Wayside Park provided. Instead of having “raw land” with a few picnic tables and grills, the Buckler home could be a center for water activities as well as educational ones, and it would be staffed.

Having county workers on site could reduce the problems with litter and lewd behavior, such as urinating in public, that Peter Karabots described.

Yvonne Richard, a King George resident who lives off State Route 206, said spending money on recreation seemed “a poor investment,” given the other county needs such as a replacement courthouse and upgrades to water and sewer facilities.

Keep the MD tahs out by sending ICE in every so often.

Did Maryland ever decide whether they would include a bike/pedestrian path on the new bridge?