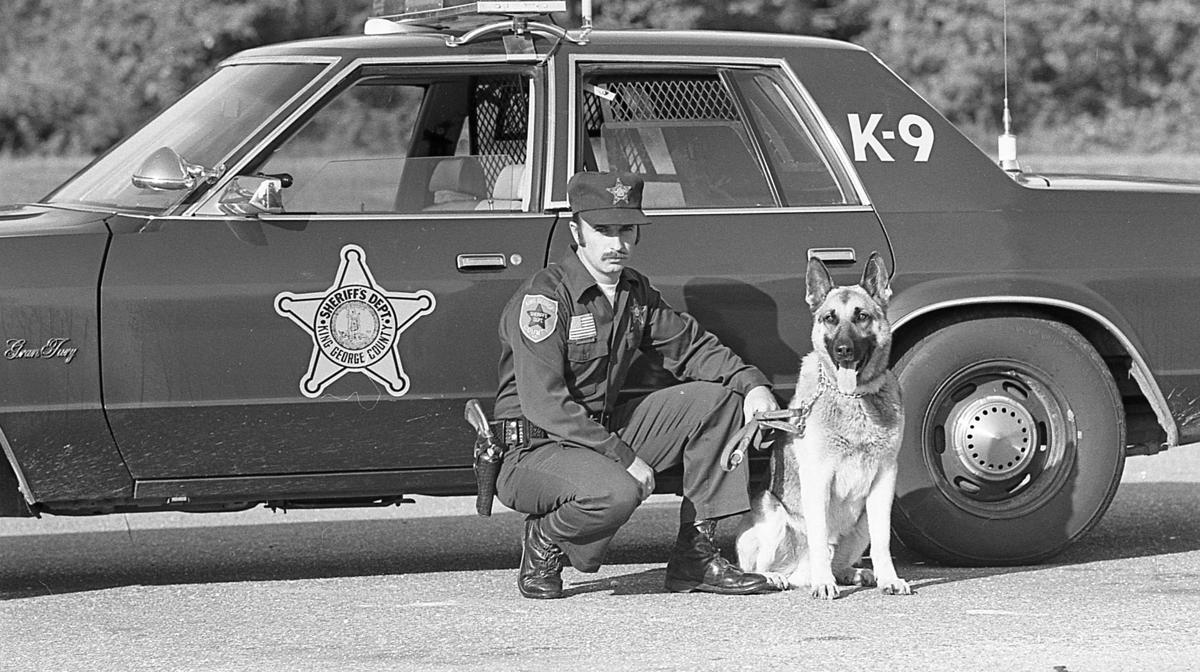 In 1981, Steve Dempsey became the first deputy in King George County to work with a canine. Here he is with Bandit. 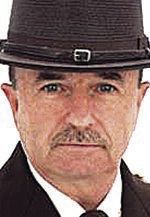 King George Sheriff Steve Dempsey, who started his law enforcement career as a patrol officer and was the first deputy in the county with a canine, is leaving the department where he has spent almost 40 years.

Dempsey, 64, announced Tuesday that he will not seek re-election in November and will retire when his term ends Jan. 1, 2020.

“I feel extremely blessed to have served the King George Sheriff’s Office and the citizens of King George County for 39 years,” Dempsey read in a brief, prepared statement at the King George Board of Supervisors’ meeting.

The longtime sheriff has been with the department from the days of dog patrols to modern-day searches using unmanned drones.

He thanked the board for making public safety a priority in the rural county and noted how quickly the years had passed. He said he was grateful for all those he had met during his tenure.

“Retirement is not an easy decision,” he said.

He quickly left the board meeting after his announcement. His stepmother had been sick, and she died the next morning.

Dempsey joined the department in 1980 and volunteered the next year to become the county’s first K–9 handler. Bandit, a 3-year-old German shepherd, became his partner, and a Free Lance–Star story in May 1981 noted the dog’s muscular frame and big, white teeth.

Bandit also knew how to have a home life, Dempsey said. He had two young daughters then—one aged 3 months, the other 5 years—and Bandit knew that time away from patrols called for his kinder, gentler side.

The same might have been said of his master.

Like his predecessor, Clarence “Moose” Dobson, Dempsey is a man of faith. Dobson and Dempsey did not merely attend the 2017 funeral of Wesley Berry, a 22-year-old who valiantly battled brain cancer for 10 years. They went to the front of the crowd at the end of the service, which was held on a ballfield at Barnesfield Park to honor Wes’ love of baseball, to offer spiritual counseling to anyone who needed it.

Dobson, who served 35 years, retired a year before his term ended so he could appoint Dempsey to fill the post. Dobson wanted Dempsey, his No. 2 man, to have a year of experience as sheriff before he faced his first election.

Dempsey was first elected in 2011 and will finish his second term at the end of this year. In October, he was unanimously elected president of the 8,900 member Virginia Sheriffs’ Association, the professional trade group that represents law enforcement agencies in the state.

Some of those officers came to the aid of Dempsey’s family in August 2013, when the sheriff’s daughter and granddaughter—Bethany Dempsey, 37, and Lauren White, 14—died in a Maryland car crash on their way back from the airport. Abigail Cullen, the 7-year-old daughter of Bethany’s boyfriend, was in the backseat with Bethany and Lauren, and she also died when the distracted driver of a flatbed delivery truck slammed into the back of their car.

At the time of the accident, Gary Butler, a King George Realtor, said: “If you know Steve Dempsey and you know his family, he and his wife, Charlene, are two of the finest people you’d ever want to meet. It’s just heartbreaking.”

“He’s been a great sheriff, hate to see him go,” wrote Jim Lynch of King George.

KG BOARD WANTS INPUT ON BUDGETS

As the King George Board of Supervisors enters a new year, members once again want input from residents in putting together the county budgets.

This time, they'd like residents appointed to Citizen Advisory Committees for both the county spending plan and the King George Service Authority budget to commit to attending meetings.

"It's kind of pointless when you have five members appoint a citizen who said they'll be there and you only have one citizen consistently show up," said Supervisor Ruby Brabo.

Residents on the committee for the county budget faithfully attended work sessions, she said. There were seven between late January and early April, and each lasted 2½ to 3 hours. Those on the Service Authority committee didn't show the same dedication, she said.

King George residents interested in serving on either committee can contact their representatives, who will submit names at the Jan. 22 meeting. Supervisors already have set aside Jan. 24 and 31, and Feb. 13 and 16, for work sessions on the county budget.

Supervisor Jeff Bueche was elected chairman for 2019 and Cathy Binder, vice chairman. Both just finished the first year of their terms.

Binder also will serve as vice chairman of the Service Authority Board of Directors, and Mike Bennett, chairman.

Because Board of Supervisor meetings follow those of the Service Authority, their advertised starting time will be 7 p.m.