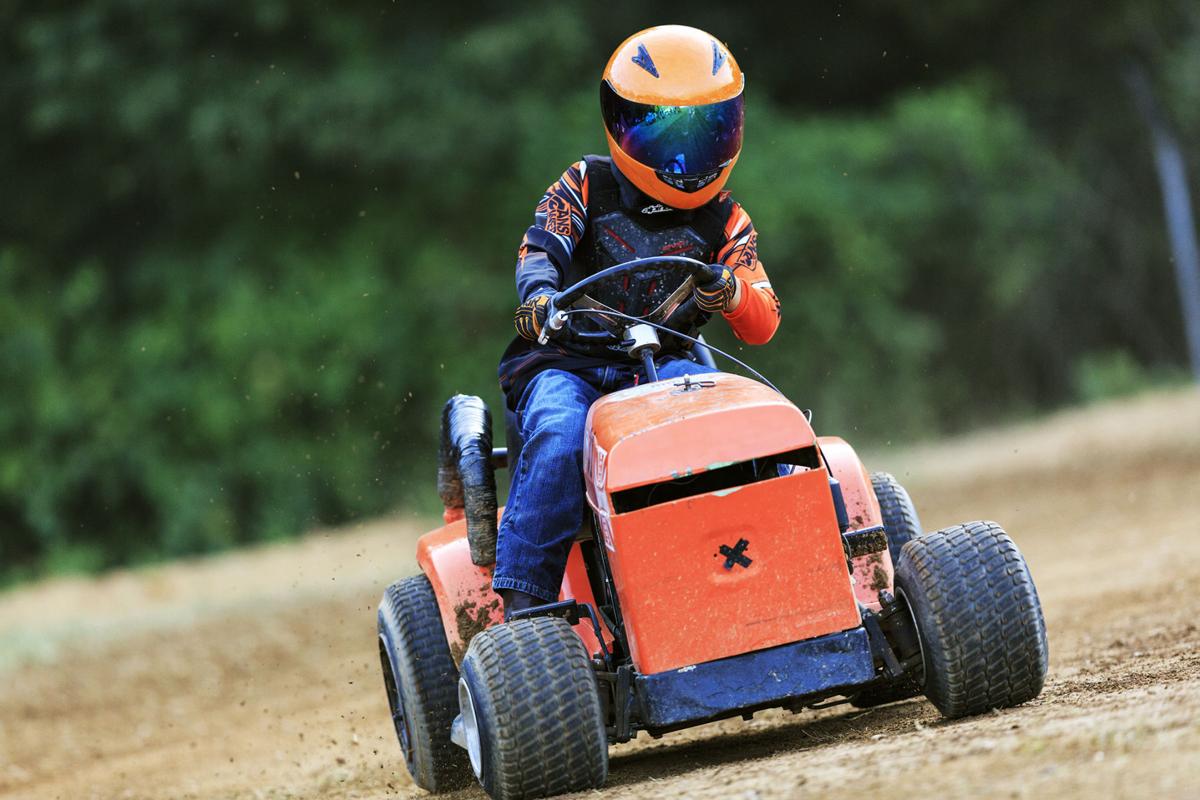 Shane Dupepe, 12, of Gloucester leans into the turn as he races in the JP class. Dupepe is currently listed as being in second place in his class for 2016. 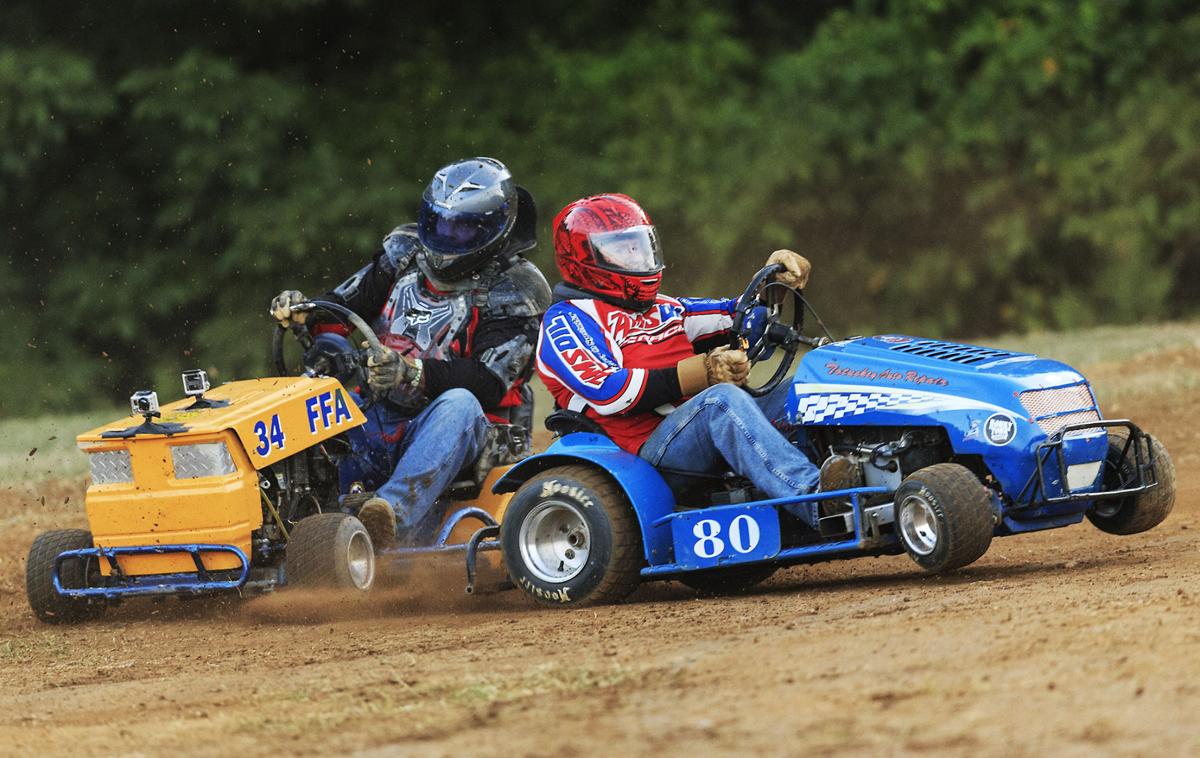 Shane Dupepe, 12, of Gloucester leans into the turn as he races in the JP class. Dupepe is currently listed as being in second place in his class for 2016.

There was an unusual rumble coming from the Fredericksburg fairgrounds Thursday night.

Amid the squeals from those on the twisting rides, 31 lawn mowers thundered around a dirt track on a corner of the fair site Thursday, signaling the return of the popular lawnmower races to the fair.

It’s the first time since at least 2009 that the races have been part of the fair schedule. Fair Manager Travis Bullock said fairgoers pushed for its return this year, prompting him to call up the organizer and make sure the event made a reappearance.

Twelve-year-old Shane Dupepe couldn’t have been more ready to get behind the wheel of his souped-up mower called “Chicken Neck” that could travel up to speeds of 25 to 30 miles per hour. The mower was named after his childhood nickname, he said.

Dupepe’s race was part of seven classes of races on Thursday, and one that featured slower-paced mowers.

Regardless, the rush from the 25-mile per-hour ride was enough for Dupepe.

He whipped around the track, and came in first. He celebrated with his mom, who sat with other families near the track. Under a nearby tent, another group of supporters for another racer wore matching T-shirts that read, “BBQ Pit crew.”

Dupepe and his father work on the mowers together, he said. In addition to removing the blades, they replace the engine so that the mower could go from cutting grass to a racing machine.

Racers like Dupepe came from across the state—Norfolk, Mechanicsville, Poquoson and Tappahannock—to compete in the eight contests Thursday.

Mowers like Gene Bunting’s could go as fast as 45 miles per hour, and that wasn’t the fastest mower on the track, he said.

“It’s an adrenaline rush,” Bunting, 62, said. “After the first lap, the butterflies go away.”

Bunting has been racing for seven years. But he wouldn’t consider him a veteran racer with the longtime racers on the track Thursday, he said.

“There’s a lot of comradery. It’s like a family when we all get together,” Bunting said.

He is the last in his family to still race. His father started racing when he was 80 years old, he said, and they often raced together. But his father passed away four years ago.

“Every time I ride, my dad rides with me,” he said.

From the nearly packed bleachers, Nancy Garner watched the dust fly on the track with amazement. Unlike Bunting, it was her first time watching lawn mowers go faster than she every imagined they could.

She wished her regular lawn mower could go that fast, and cut the grass-cutting by more than half.

But Dupepe said he would never cut his grass with his racing lawn mower. The prize commodity isn’t meant for that chore, the 12-year-old said.

“It’s an adrenaline rush. After the first lap, the butterflies go away.” —lawnmower racer
gene bunting