Virus in brief: Projections for US death toll trending downward. Get caught up on the latest developments. 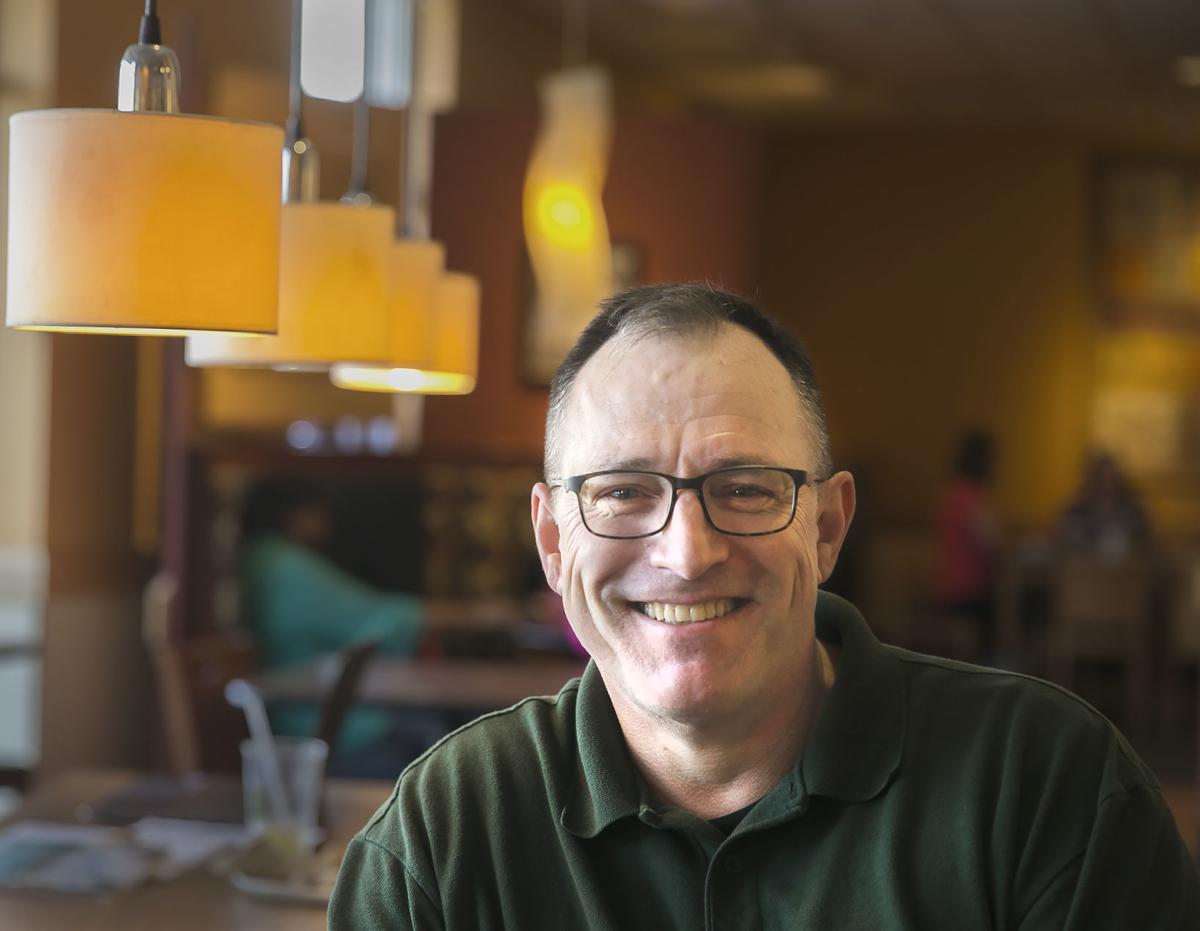 Seph Gannon of Spotsylvania says music by British composer Helen Jane Long inspired him to finish a novel. Later, the musician wrote a piece inspired by one of the characters in Gannon’s book. 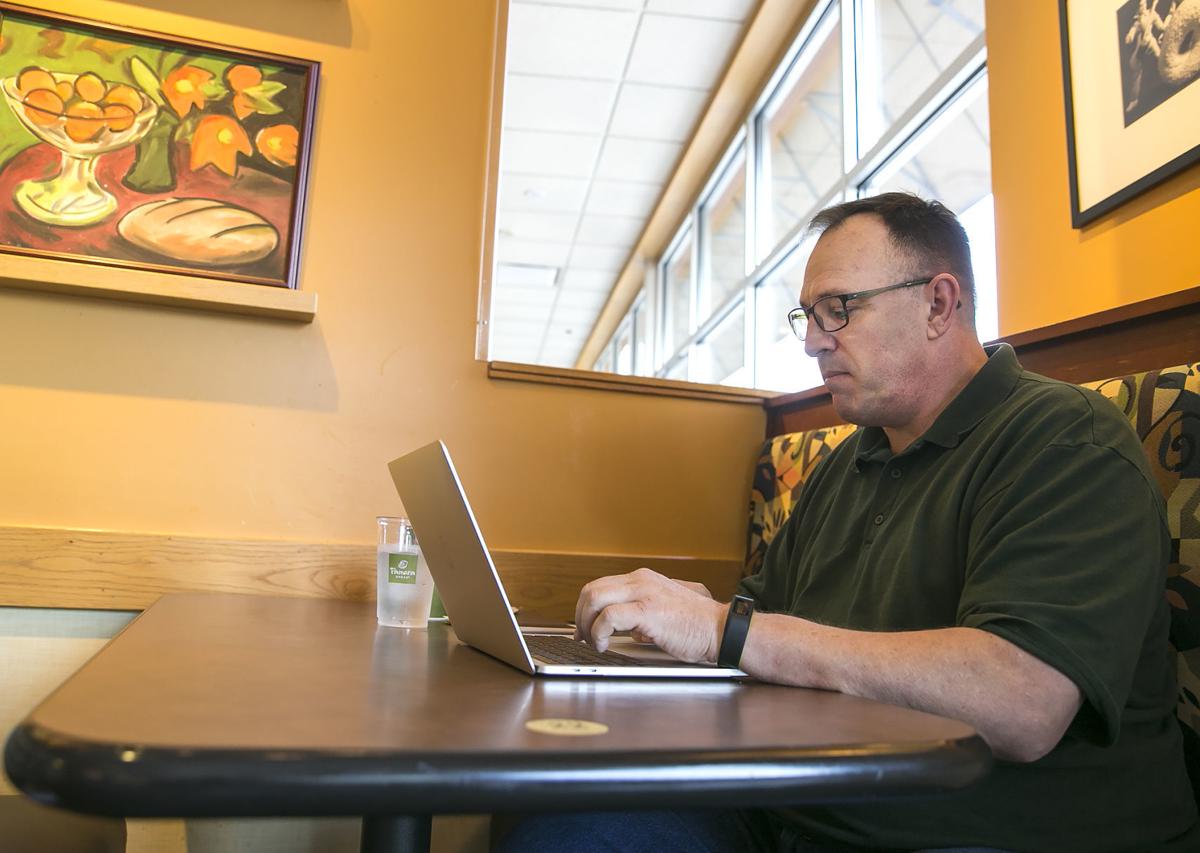 Seph Gannon writes at Panera in Spotsylvania. After telling a British composer her music had inspired him, she later became his publisher.

Seph Gannon of Spotsylvania says music by British composer Helen Jane Long inspired him to finish a novel. Later, the musician wrote a piece inspired by one of the characters in Gannon’s book.

Seph Gannon writes at Panera in Spotsylvania. After telling a British composer her music had inspired him, she later became his publisher.

Seph Gannon didn’t usually pay much attention to the music that played through the speakers of the local spa where he works as a massage therapist.

But one day, back in 2017, the Spotsylvania County resident heard a song while at work that captured his attention and wouldn’t let him go.

The instrumental piece starts with a gentle piano tune that slowly gains speed and a sweeping string background that builds emotion. The song was “The Aviators” by Helen Jane Long, a British composer and contemporary–classic pianist.

“I immediately Shazammed it,” Gannon said, referring to the smartphone app that identifies music as it’s playing.

Gannon was so mesmerized by the tune that he reached out to Long to tell her how her music had inspired him to finish the book he had recently started writing. That led to a relationship that grew to the point where Long is now his agent and publisher.

She worked as a music score assistant to composer Howard Shore on the “Lord of the Rings” trilogy and has scored commercials and television documentaries for British television channels.

“The Aviators” was featured in a 2011 British Airways commercial that paid tribute to the early years of aviation, but as Gannon listened to it, he saw something else.

“I thought, this song was written for the scene I’m writing,” he said.

Gannon, 56, had recently started to write a book, something he had always wanted to do.

“I believe everyone has a book in them,” he said. “One day mine just came to me, and I slept it, ate it and drank it.”

Gannon, who was born in Pennsylvania and has lived in New Jersey, New Mexico, Florida and St. Thomas in the U.S. Virgin Islands, calls his book “a story of stories.”

“Ravelled” is about an old man taking a train journey from New Mexico to New Jersey, accompanied by a casket. During the course of the trip, the man tells his life story—and that of his family—to the young woman hired to be his service attendant.

The two, who are separated in age by decades, become friends.

The historical fiction novel spans the 20th century and tells a story of immigration, world wars, the Great Depression and the bonds that can form between families and complete strangers.

“People have said it is perfect for the times,” Gannon said. “Too many people are learning to hate instead of loving and accepting. The book is about making connections with people and how little ones can change your life.”

That would come true for Gannon himself when he heard Long’s music that day at work.

Gannon said he saw the story he was writing as a movie and the “cinematic, epic” quality of Long’s music inspired him.

He bought all her albums and listened to her music as he wrote.

“Her music kept my soul floating,” he said.

Gannon went so far as to find Long on Facebook and write her a “very long” message, he said, telling her how much her music had inspired his writing.

“And I told her that when the book becomes a movie, she has first dibs on the soundtrack,” he said.

To his surprise, four days later, Long wrote back.

“She said how much she appreciated me writing such a long note, because no one takes the time to do that anymore,” Gannon remembered. “And she said, ‘Please finish your book so I can read it.’ ”

Ten months after he started writing, he finished “Ravelled.” After three edits, he printed the manuscript, had it spiral-bound and sent it to Long.

“She read it while on holiday in Greece and she wrote back to me and said, ‘I’d really like to talk to you about this,’ ” Gannon said. “She was coming to New York to perform and she invited me to the concert.”

Gannon traveled to New York and met Long, as well as her father and her son, in the lobby of her hotel.

“Three hours later, we’re best buddies,” he said. “She is now my agent and my publisher.”

Long said that when she first heard from Gannon, she was “intrigued” to see how her music inspired his writing.

“I read [his novel] and was blown away by the story,” Long wrote in an email. “I felt passionate that he had the talent to get a book deal and asked if I could make this happen.”

She spent time helping Gannon, who she now considers a close friend, prepare the manuscript for potential publishers, but soon realized she “didn’t want to let it go.”

“I had become so attached to the family in the story and felt compelled to publish it myself under my BLE label,” Long said. “I feel we have the capabilities to care about this project more than any other publisher would or could.”

Long has since written a piece of music inspired by one of the characters in Gannon’s story. The song will appear on her upcoming album and she will perform the piece in concert at Dodd Auditorium on the University of Mary Washington campus Oct. 19.

“That, to me, is ‘Ravelling,’ ” Gannon said, describing the way a single Facebook message set off a chain of events that has been life-changing for both him and Long.

“Ravelled” is available now to pre-order on Amazon. It will be published Dec. 2.

Gannon said this experience is a lesson about what can happen if you take a chance.

“I decided to just go out on a limb [by messaging Long],” he said. “It’s a lesson that if you don’t try, you don’t know what could happen.”

Click here to purchase tickets for Long's concert at UMW on October 19.