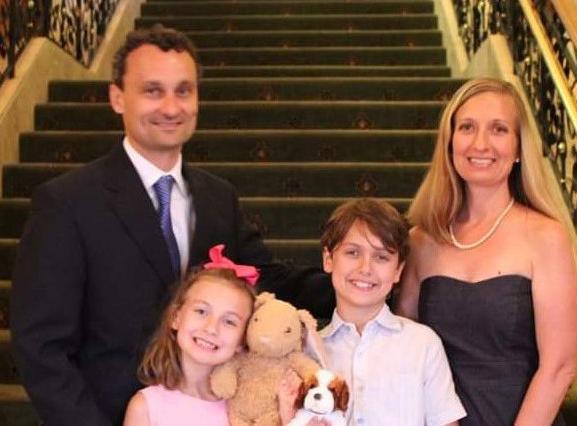 Tracey Mallory of Bowling Green is isolated from her husband, Ashley, and children, Emerson and Nolan, as she recovers from COVID-19 at home. 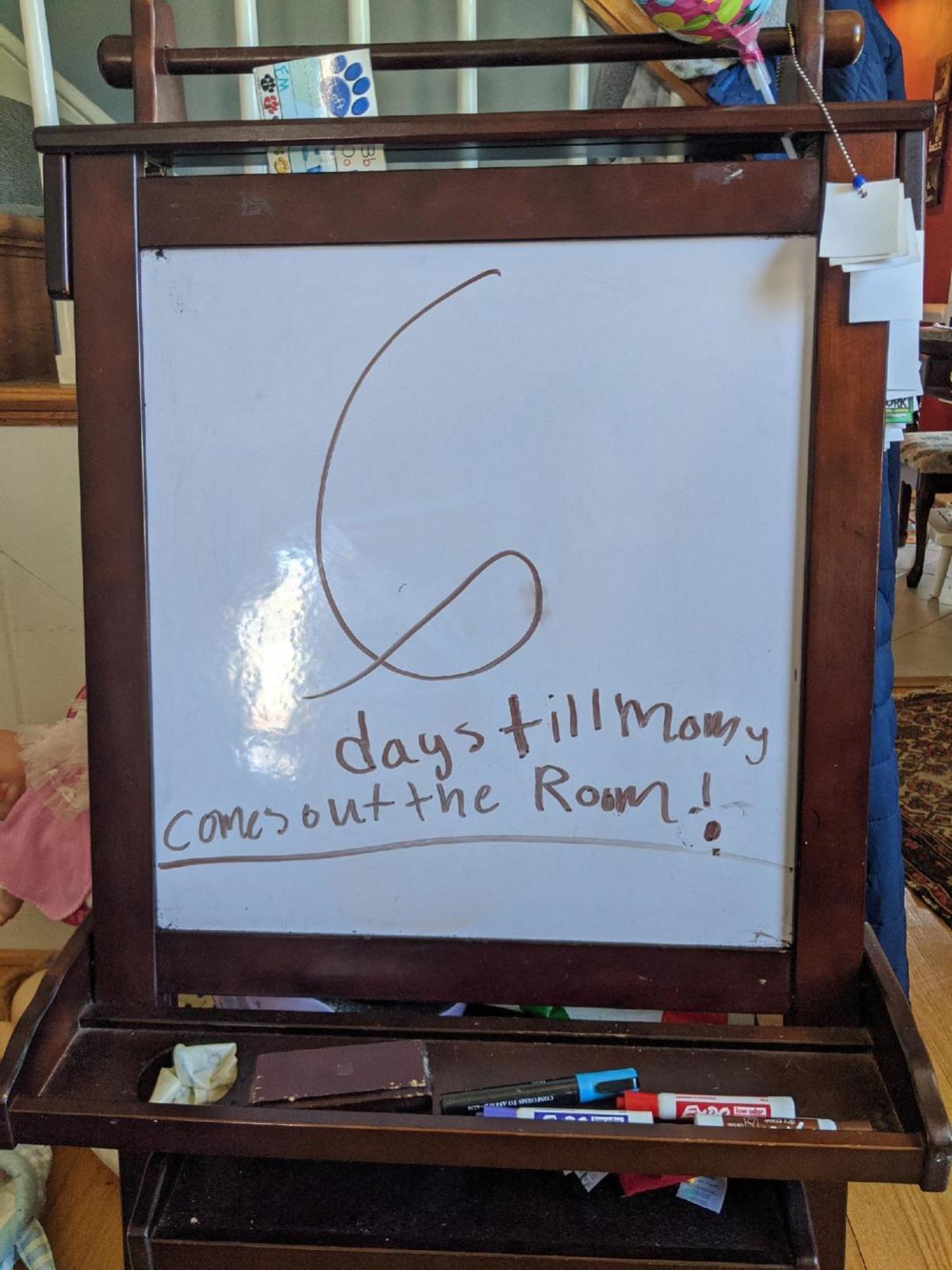 Emerson Mallory is looking forward to the end of Mom’s quarantine.

Tracey Mallory of Bowling Green is isolated from her husband, Ashley, and children, Emerson and Nolan, as she recovers from COVID-19 at home.

Emerson Mallory is looking forward to the end of Mom’s quarantine.

While Tracey Mallory is quarantined in her Caroline County home—isolated from her husband and children while she recovers from COVID-19—she tells her 9-year-old daughter to pretend that Mommy is Rapunzel, temporarily locked in a tower.

“Yesterday, when she was crying at the door, I said, ‘Listen, go write a countdown on your easel,’ ” Mallory told her daughter, Emerson. “When Mommy gets to come out, we’ll have a party and Mommy will fix dinner.”

Mallory, 43, learned on Wednesday that she tested positive for the respiratory illness caused by the novel coronavirus. The Bowling Green woman is a registered nurse at a Richmond-area hospital and doesn’t want to say any more about how she was exposed.

Mallory’s case isn’t included yet in the daily numbers from the Rappahannock Area Health District. As of Thursday morning, there were 52 cases in the district, with 29 in Stafford County, 13 in Spotsylvania County, and five each in Fredericksburg and King George County.

There’s been one confirmed COVID-19 fatality in the local health district: Christopher Hall, 63, of Spotsylvania, who died Sunday.

Mallory had quarantined herself, starting March 26, when she started to feel symptoms at work. She had taken her temperature at home before work, just as she’d done every day, and was screened again when she arrived at the hospital at 5:15 that morning.

All was well until after lunch, when she felt flushed and had to sit down—and usually, the nurse never gets the chance to sit.

“I thought, uh-oh, something’s not right,” she said.

After she was tested, she went home and put into place the plan she and her husband, Ashley, had discussed earlier in the week. Mallory shut herself in her bedroom and put a towel under the door to prevent any airborne circulation.

At mealtimes, her husband puts her food on disposable dinnerware, outside the door.

“I pick it up, bring it in and shut the door immediately,” she said.

All her trash goes into a bag in her room, and she uses the bathroom that’s attached to the bedroom. Every night, she puts on a mask and enters the hallway bathroom to shower. No one else in the family uses that bathroom.

When she talks with loved ones, including her 12-year-old son, Nolan, it’s either via Facetime on her phone or through her window, which looks out into the back yard.

“There have been a lot of tearful moments,” especially with her daughter, who turned 9 in February and has stood at the door crying, saying she wanted her mother.

Except for the isolation, Mallory said things are “really going well.” The day after she first showed symptoms, she felt like she had the flu. Her temperature climbed to 102 degrees, and she had body aches, but never felt shortness of breath.

That’s probably because of her ongoing exercise regimen, which she’s continued as she’s been sick.

“Thankfully, all the years that I have taken care of my health, now my body is, in return, helping me get through this because I don’t have any other ailments,” she said. “I don’t smoke, I don’t have asthma, I’m a healthy 43-year-old girl.”

By Day 8 of symptoms, she was doing 60 reps with 5-pound dumbbells, 100 crunches and 1-minute planks to strengthen her core. The only symptoms that remained were the loss of smell, which she’s told is temporary, and slight congestion in her throat. She’ll remain quarantined until Wednesday, April 8.

Mallory agreed to be featured in a story to share her faith and give people some “positivity” when there’s not much included on the nightly news.

“You think that everybody who gets COVID-19 is either gonna die or end up on a ventilator, and that’s just not the case,” she said.

Mallory also wanted to give a shout-out to the Bowling Green community that’s provided so much prayer and support. Her immediate family lives within 15 minutes of her, and her sister-in-law set up a meal train that’s provided two weeks of food for the family. People have dropped by dougnuts and tulips, which happen to be her favorite—the flowers she had in her wedding.

“It’s amazing how everybody has come together to help us,” she said.