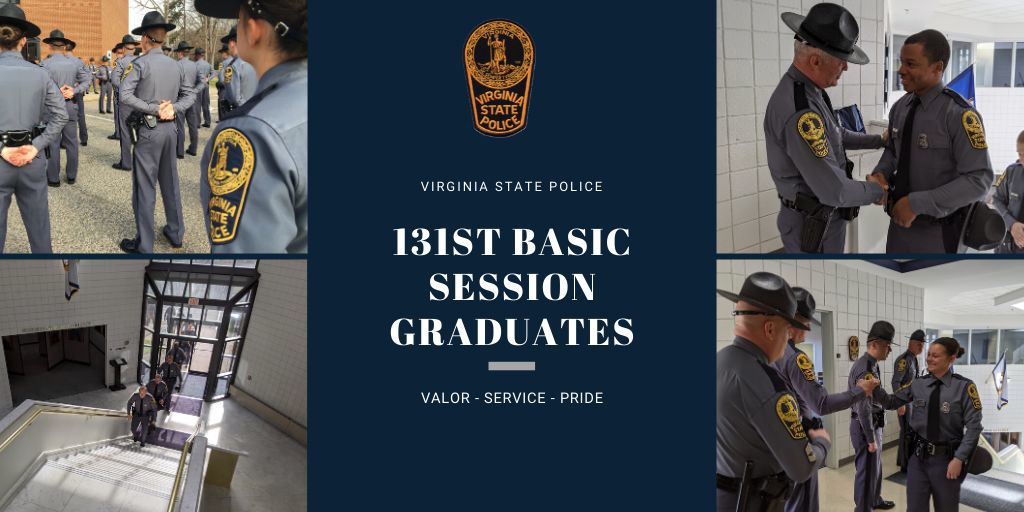 Virginia State Police Superintendent Col Gary Settle led a scaled back, ceremonial graduation for Police Academy cadets on March 17 in Richmond. Traditional commencement was cancelled due to the coronavirus. 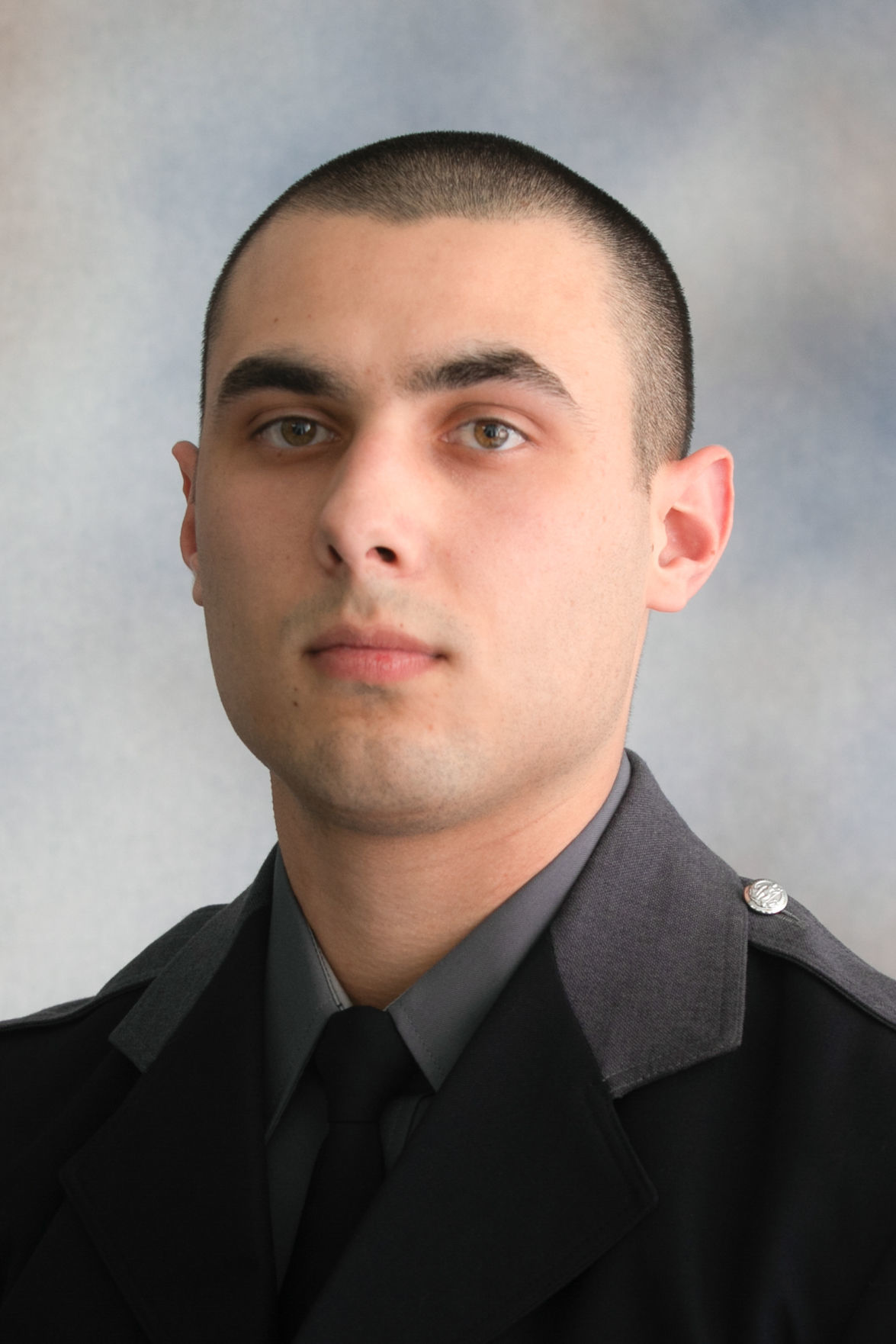 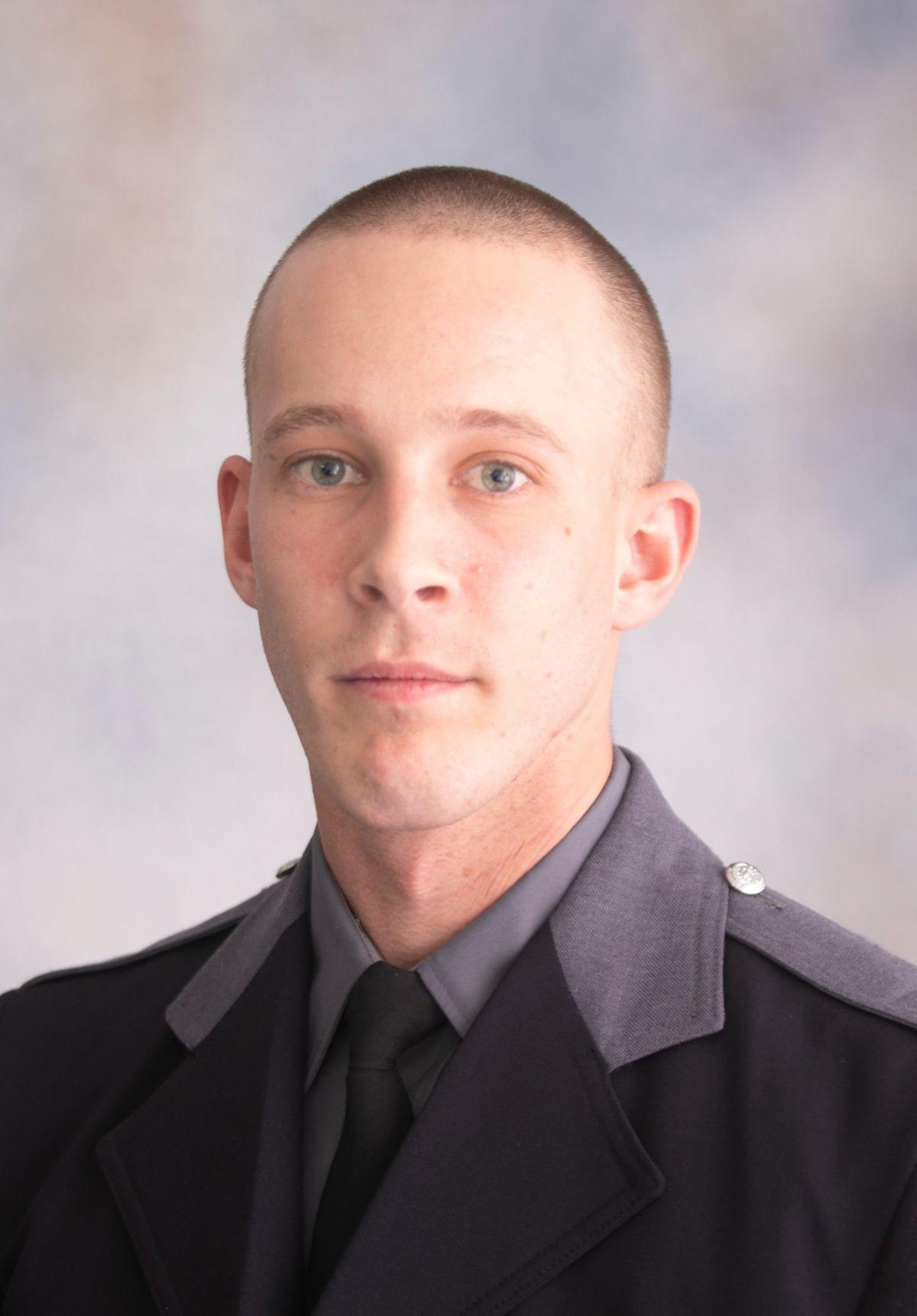 Virginia State Police Superintendent Col Gary Settle led a scaled back, ceremonial graduation for Police Academy cadets on March 17 in Richmond. Traditional commencement was cancelled due to the coronavirus.

Without much pomp and circumstance, two local men graduated from the 131st Basic Session of the Virginia State Police Academy during a strange time in the history of the agency, nation and world.

Indiana Jacob Raccanello of Locust Grove and Alexander Frederick West of Culpeper were among the 37 cadets to graduate early during a commemorative ceremony Tuesday.

Traditional commencement exercises scheduled for Thursday were canceled due to coronavirus-related directives limiting crowd size, and will be held at a later date.

“This is the first time in decades that state police has had to postpone an Academy graduation ceremony,” said Col. Gary Settle, Virginia State Police superintendent.

“However, this in no way diminishes the department’s pride in or appreciation of these new troopers and special agent accountant joining our ranks. We look forward to bringing these men and women and their families to our campus at a later date in order to properly celebrate their accomplishments of completing the Virginia State Police Academy.”

Settle met with graduates mid-morning on St. Patrick’s Day for an official uniform inspection and to share final words with the class. The cadets then filed into the Academy in Richmond and proceeded up the marble steps, an honor only afforded the trainees upon graduation.

At the top of the steps, Settle and academy staff congratulated the graduates, who were each presented with a Superintendent’s Challenge Coin.

“Since these graduates will not receive their official diploma until their graduation ceremony, each was presented a Challenge Coin,” said Settle. “They are the only State Police graduates to ever receive a coin from the Superintendent, which I hope they accept as a constant reminder of their oath to serve our Commonwealth with valor and pride, especially during such challenging times.”

The new troopers will report to their individual duty assignments across Virginia this week. Raccanello was assigned to the Culpeper Division and West to the Frederick Division.

For their final phase of training, each trooper will spend an additional six weeks paired up with a Field Training Officer learning his or her new patrol area, according to a state police news release.

It was in 1939 that Virginia State Police moved its offices from 12th and Main Streets in downtown Richmond to a seven-room farmhouse located on 65 acres of land a few miles west of Richmond, according to the VSP web site. This structure served as administrative headquarters and barracks.