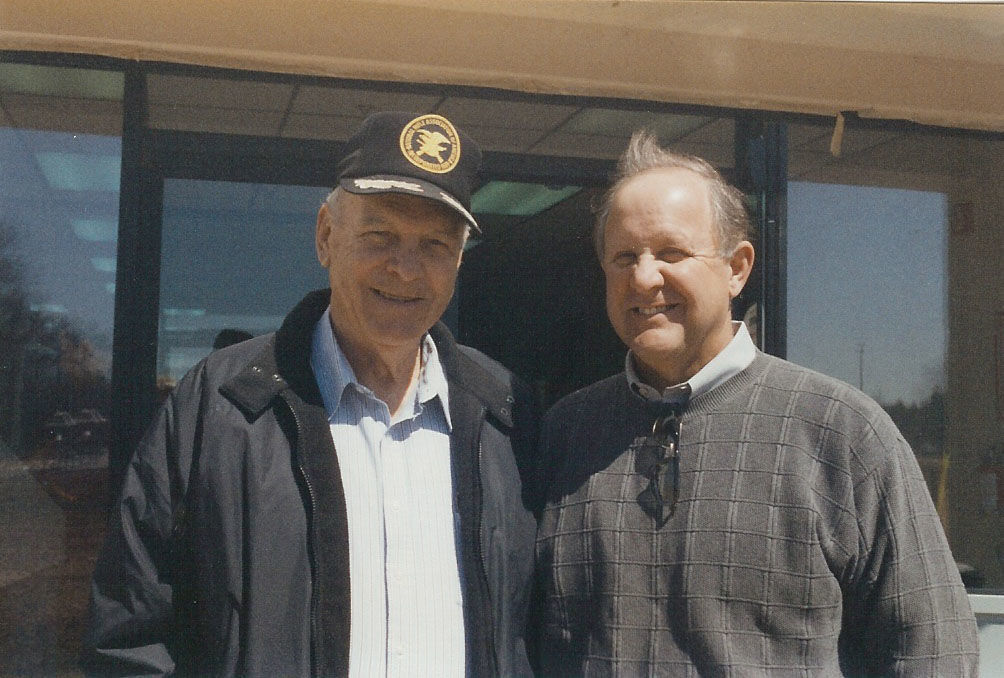 Buddy Fredette, right, who is stepping down as a board member at the Rappahannock Area YMCA, worked with Russell Sullivan to get funding and progress on the gymnasium at the Massad Family branch in Stafford County. 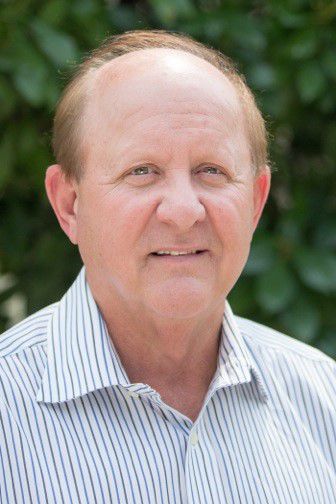 Buddy Fredette, longtime board member for the Rappahannock Area YMCA, has helped the organization grow from 1,500 members to more than 30,000.

Buddy Fredette, right, who is stepping down as a board member at the Rappahannock Area YMCA, worked with Russell Sullivan to get funding and progress on the gymnasium at the Massad Family branch in Stafford County.

Buddy Fredette, longtime board member for the Rappahannock Area YMCA, has helped the organization grow from 1,500 members to more than 30,000.

EACH and every day, a multitude of non-governmental organizations work to improve the quality of life in our region, led by local folks who give their time to make improvements that have positive impacts on our community.

Armand Fredette, known to all as Buddy, is one of those people. He just stepped down from the board of directors of the Rappahannock Area YMCA after helping steer its considerable growth for 27 years.

People who see today’s regional YMCA—with branches serving more than 30,000 people in Stafford, Spotsylvania, Caroline and King George counties—probably don’t know about the fits and starts it suffered in its early years.

I got together with Fredette and YMCA Chief Executive Officer Barney Reiley to talk about the Y’s early years and Fredette’s years of service.

“I’ve never wanted what we do here to just be about me,” said Fredette. “But I’ll do anything to shine a light on the good things this YMCA does and things it needs going forward.”

Reiley said there were weeks in the early days when finances were so tight, the Y had to take out a short-term note just to make payroll. And though an initial fundraising effort got a pool and locker room built as the first part of the Massad Family branch in Stafford, the subsequent effort to then add a gymnasium fell short.

“We had an entrance and parking lot dangerously filled with potholes, things that needed to be fixed inside and members who didn’t know exactly where things were headed,” said Reiley.

Fredette said the Y board put a plan together and realized that in addition to raising money from donors, it was also critical to grow membership to increase revenue.

“In other words, we needed to get Y members to buy in to our strategy, so we began a credibility-building program,” he said. “When we raised money in that next effort to add a gym, we used some of it and income from a slight dues increase to fix the parking lot, paint the building, put air conditioning in the locker rooms and more.”

And it wasn’t just a gymnasium—they wanted to add a fitness center, racquetball courts and a sauna.

And when initial bids for all that came back $500,000 over what had been raised, the leadership didn’t give up. They rebid some things, got a local contractor to basically volunteer his services to oversee the project and got the work done for just slightly more than the $1.5 million that had been raised.

It helped that Fredette knew a thing or two about getting things built. The businessman has specialized in commercial real estate and development in his professional career, working with different partners to build two of the first shopping centers in Stafford: Brafferton in Garrisonville and Chatham Square in southern Stafford.

Fredette, who now works for the Vakos Cos., said the Y board always realized the importance of coming up with a long-term plan to prioritize improvements and expansion.

“We set up a finance committee, which has always been made up of astute financial advisers, to vet every project and recommendation that Barney would bring to the board,” said Fredette.

Reiley said Fredette brought important business and personal connections to the board, which made it possible to bring in critical donors and contributors such as Russell Sullivan, Ron Rosner and Adam Fried.

Fredette said he’s been happy to reach out for help on Y projects.

“Here’s why it’s an easy sell: It doesn’t matter who you are or where you live or how much money you have in the bank. All are welcome here,” he said. “Come in here on any day and you see special-needs children in different programs, senior citizens coming in on walkers getting into the zero-entry pool for rehab or folks just coming in for a workout.”

Fredette has been on the board of the YMCA for nearly three decades, and said the organization will need good people as it moves forward.

And the expansion continues. The Y is adding new locker rooms, racquetball courts and other amenities to the Ron Rosner branch in Spotsylvania, and the branch in King George is considering a gym expansion. There’s even talk of new branches in Culpeper County, Fauquier County and Colonial Beach.

“I don’t think we can ever bring enough attention to the Y and what it does in the community,” Fredette said. “For all the hard work Barney and the Y board has done, I want to see it continue.”