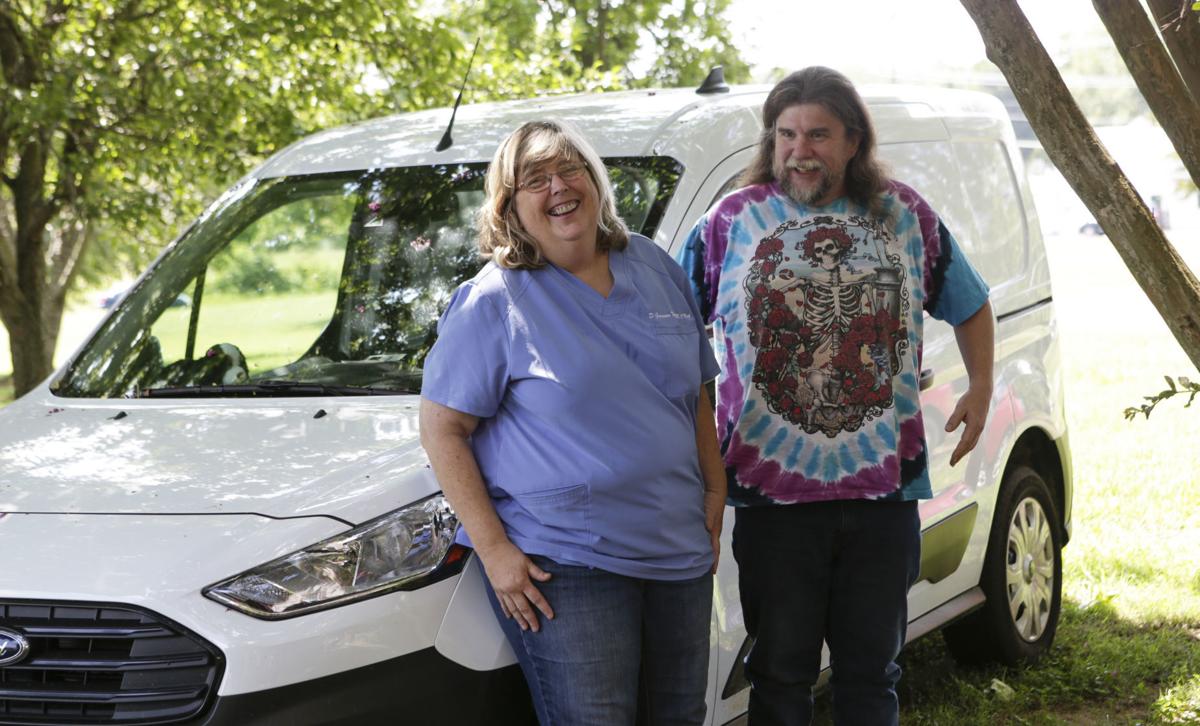 Dr. Debbie Grissom had a heart attack while driving, but survived, thanks to quick-thinking passenger Matt Chilton and a conservation officer who had an automated external defibrillator. 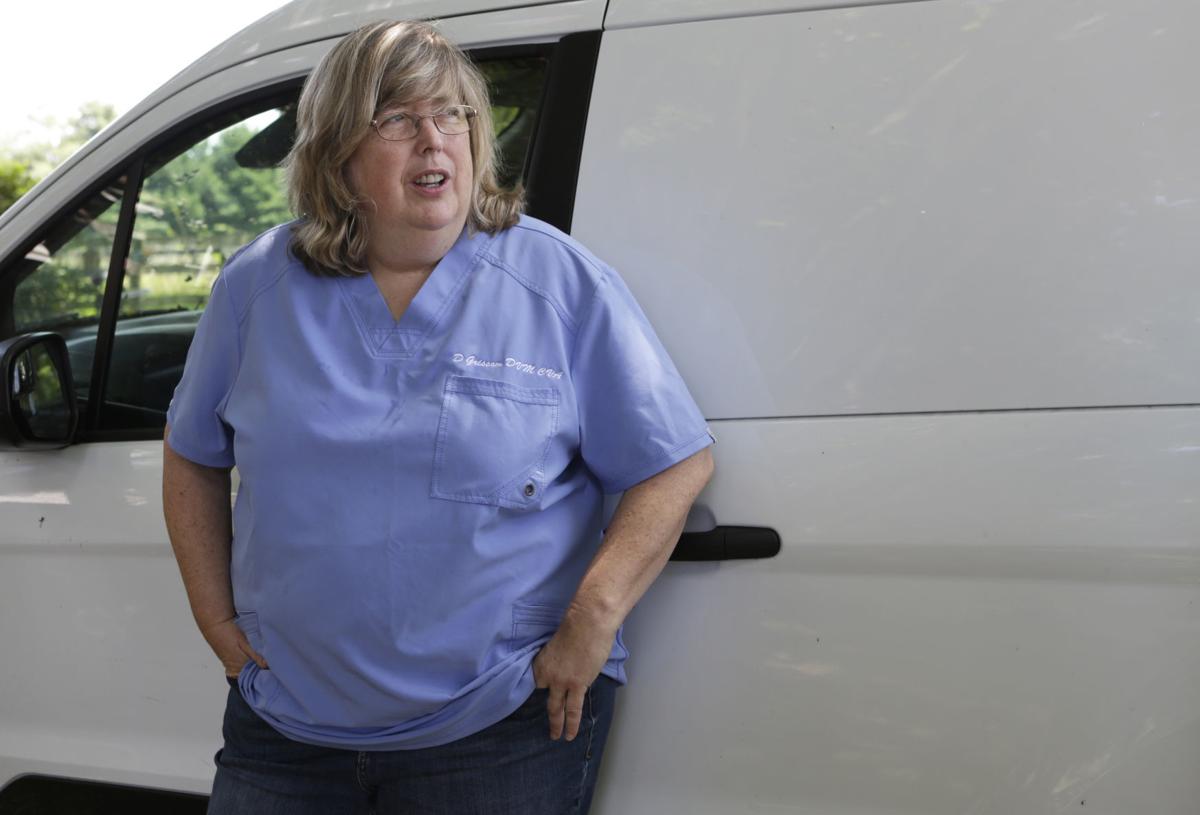 Debbie Grissom’s life was spared after a heart attack, thanks to some quick thinking on the scene and a passerby with an AED. 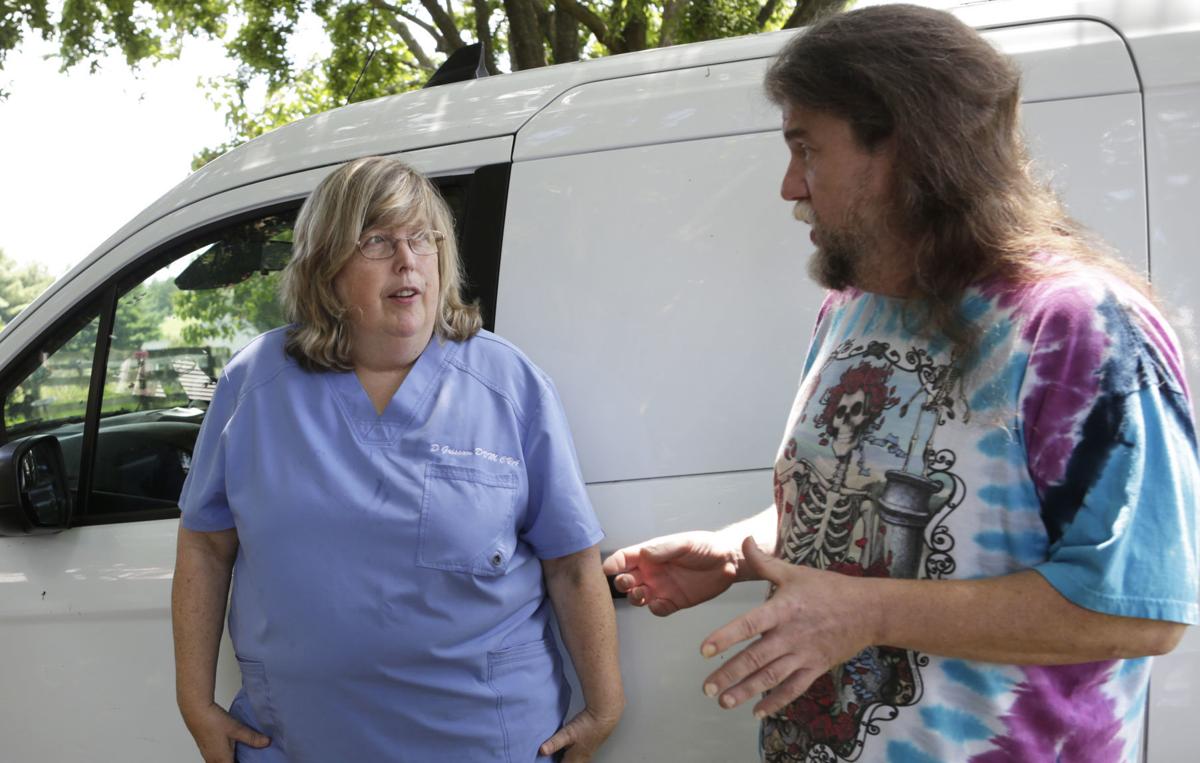 Dr. Debbie Grissom had a cardiac arrest while driving thanks to her passenger Matt Chilton for commandeering the vehicle and a park ranger who had an AED machine in his truck. 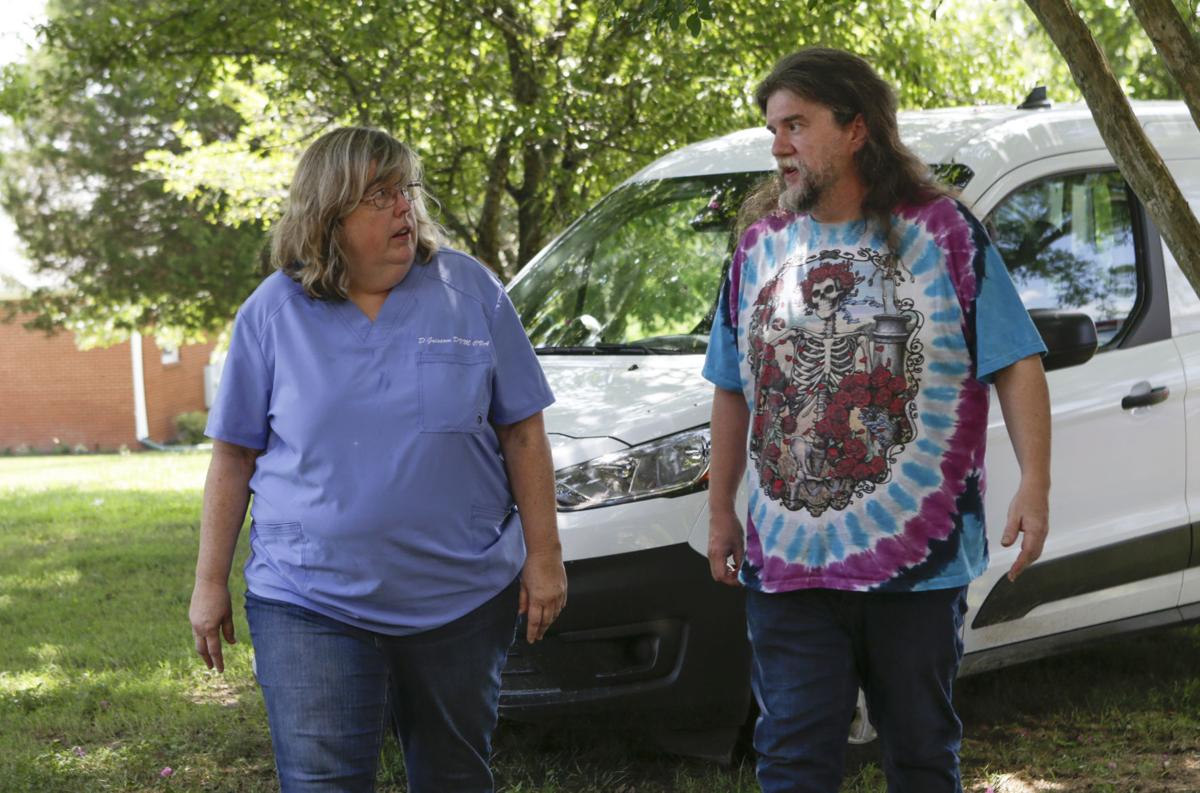 Dr. Debbie Grissom had a heart attack while driving, but survived, thanks to quick-thinking passenger Matt Chilton and a conservation officer who had an automated external defibrillator.

Debbie Grissom’s life was spared after a heart attack, thanks to some quick thinking on the scene and a passerby with an AED.

Dr. Debbie Grissom had a cardiac arrest while driving thanks to her passenger Matt Chilton for commandeering the vehicle and a park ranger who had an AED machine in his truck.

Conservation Police Officer Daniel Eller was driving along State Route 3 in Orange County on June 28 when he came upon two vehicles on the side of the road that appeared to have been in an accident, so he stopped to check it out.

He saw a woman lying on the ground.

“My first glance, she looked like she was deceased,” Eller said. “Her eyes were wide open and I could only hear a few faint gurgles sounds coming from her mouth.” Bystanders were starting CPR and called 911.

Eller ran back to his truck and grabbed the automated external defibrillator that all Virginia Department of Game and Inland Fisheries game wardens are required to carry. Once it was connected, the readout showed a flat line, so he used the paddles to shock her heart.

She regained a slight pulse, and CPR was continued until the medics arrived.

The woman was Dr. Debbie Grissom, a well-known area veterinarian who had a heart attack while driving her transit van.

Grissom was in good spirits as she started out that day in her mobile vet business van, driving from her home in Stafford toward Culpeper County with passenger Matt Chilton. Normally, Grissom goes alone on veterinary visits, but on this day she invited her former employee and friend to ride along.

Grissom, 57, owned and operated Caroline Animal Hospital for 30 years in Caroline County but sold the business in 2016. Chilton worked at the animal hospital for 26 years alongside Grissom.

Later that day, she offered to buy Chilton a sandwich at the popular Battlefield Country Store in the Chancellorsville area of Spotsylvania County.

Before they reached the store, Grissom looked at Chilton and said, “I think I’m going to pass out.” Chilton said Grissom collapsed and slumped down in her seat.

“I knew the first thing was to try to get her foot off of the gas pedal and get control of the steering wheel,” he said.

As the van eventually slowed down, he maneuvered it to the side of the road and slammed it into park.

Grissom’s heart had stopped beating. Survival rates for sudden cardiac arrest patients are less than 2 percent, according to the American Heart Association.

Chilton, 44, isn’t new to performing CPR. He has been a vet technician for 25 years.

“Immediately going through my head was to start CPR,” he said. “Dr. Grissom had trained me, so it was instinct.”

Eller’s arrival brought another person trained in CPR and AEDs, which is part of the job for employees at the Department of Game and Inland Fisheries.

Earlier this year, Eller and fellow officer Katiana Quarles had been named Louisa County Crime Solvers Officers of the Year Award for saving three boaters when their vessel had run aground in Lake Anna on July 21, 2018.

Paramedics took Grissom to the emergency room at Mary Washington Hospital. Her husband, Alex Grissom, rushed to the hospital as a breathing tube was inserted to let air flow into her lungs.

“Also, there was concern for how long she had been without oxygen and blood flow to her brain,” Alex Grissom said. “So the decision was made to lower her body temperature.”

Therapeutic hypothermia uses cooling devices to drop a patient’s body temperature, which allows the brain a chance to heal. Her body temperature was lowered to about 93 degrees. The treatment lasted about 24 hours.

Eventually, the cardiologist inserted an intra-cardiac pacemaker above Grissom’s heart that acts as a defibrillator in the event of another cardiac arrest. When Grissom woke up, she had no memory of the incident.

“I remember nothing of the day,” said Debbie Grissom. “It was the weirdest feeling when I woke up, because I could only recall two days before the incident, when Alex and I went to dinner for our anniversary.”

Doctors are not certain what caused her heart to stop so suddenly, although she was taking medicine for left bundle branch block, a heart condition she was diagnosed with several years ago. The condition causes a delay or blockage along the pathway that electrical impulses travel to make the heart beat. It makes it harder for the heart to pump blood efficiently through the body.

There were no symptoms or warnings. In fact, Grissom said she had been feeling healthy that day after recently receiving positive results from an echocardiogram.

“I told her, Chilton helped to save your life,” her husband said. “He was the first one she asked to see when she was in ICU.”

Their reunion was brief, because Debbie Grissom was weak, but she managed to share her gratitude.

“Thanks for saving my life,” she said to Chilton. “I still owe you a sandwich.”

Grissom spent five days in intensive care at MWH. She is now at home recuperating, and slowly regaining her strength.

“It’s surreal that it actually happened,” she said, “and I am grateful to the people that were there at the right time and saved my life. My guardian angel is tired this week.”

The Grissoms want to pay it forward, and have begun planning a fundraiser to furnish AED units in first responder vehicles.

“These devices shouldn’t just be in ranger vehicles for remote areas, they should be in every first responder’s vehicle,” Grissom said.

It’s surreal that it actually happened, and I am grateful to the people that were there at the right time and saved
my life. My guardian angel
is tired this week. —DR. DEBBIE GRISSOM