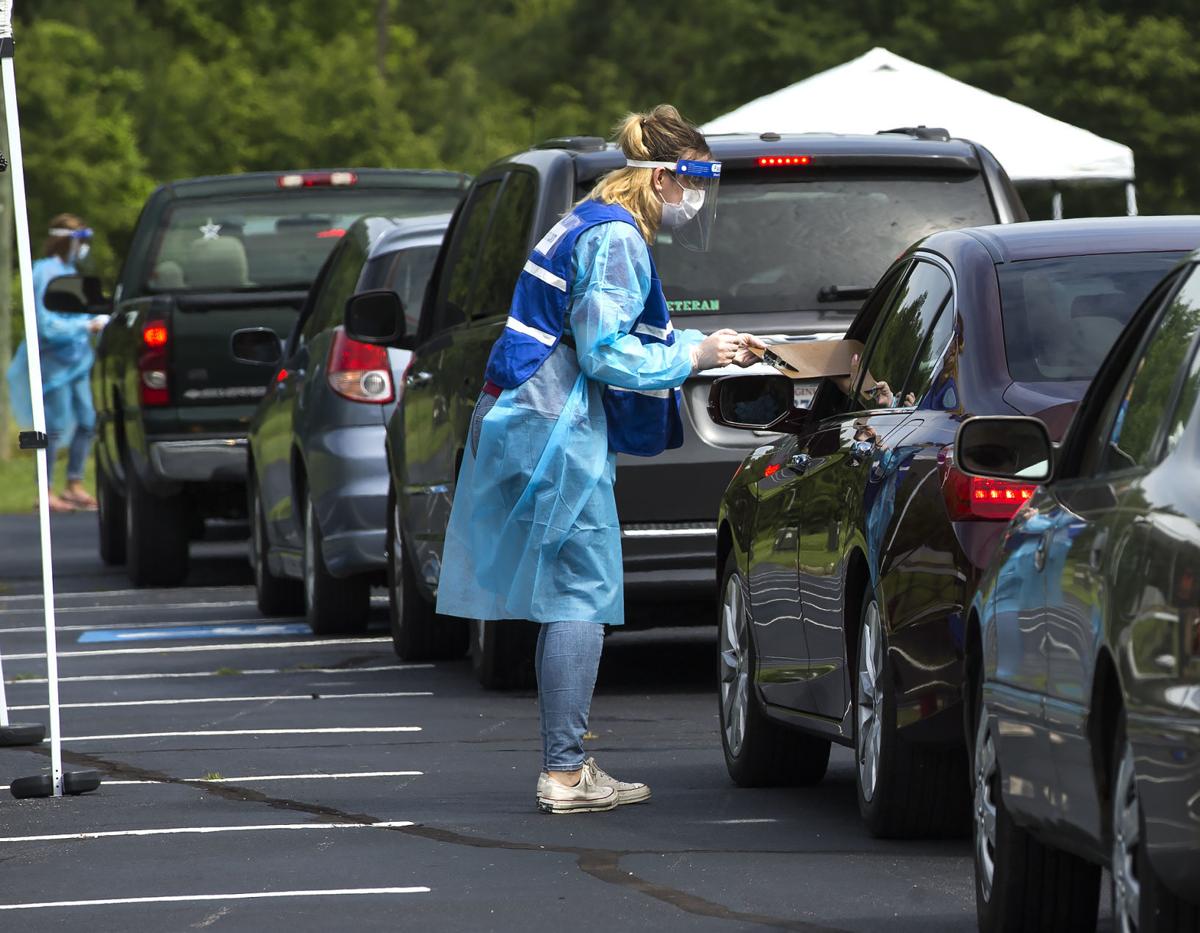 Its third community testing event is Tuesday from 9 a.m. to 1 p.m. at the Family Life Center at 400 Bragg Hill Drive in Fredericksburg. There will be 350 tests available, and testing is free and open to anyone 16 and older, with or without symptoms.

The local health district, which includes the city and counties of Caroline, King George, Spotsylvania and Stafford, has been monitoring COVID-19 cases since March, but the global pandemic has been on the worldwide radar for almost seven months. As public health officials have learned more about the respiratory illness, it has become clear that “many people with COVID-19 may only show mild symptoms or may not show any symptoms at all,” said Dr. Donald Stern, acting director of the health district.

But even those who don’t have a fever, cough or shortness of breath can pass along the disease to those who may be at risk of developing a lethal case, such as the elderly and people with underlying medical issues. That’s why it’s important to identify the infected through testing and isolate them to “interrupt the spread of the virus in our community,” Stern said.

Health district officials have been working with community partners to offer testing. At the first event, June 19 in Caroline County, none of the 173 people who had their noses swabbed for evidence of the virus tested positive for it.

That event was organized by Caroline County elected officials, first responders and churches and included support from the Virginia National Guard and the Medical Reserve Corps—a volunteer group that is always looking for new recruits.

More than 65 MRC volunteers have helped with registration, traffic and screening at testing sites, as well as serving as “infection prevention ambassadors”—making sure voters kept their distance during Tuesday’s primary. Other volunteers with medical backgrounds have helped keep clinic operations running while health department staff members focus on COVID-19, and others have worked in the district’s call center, said Allison Balmes–John, spokesperson for the local health district.

“We are always open to new volunteers, especially during COVID-19 where needs are constantly changing,” she added. “It’s great to have a large pool of volunteers with a diverse set of skills to call upon to support the response.”

On Thursday, MRC volunteers joined guard members and Spotsylvania County Fire, Rescue and Emergency management officials to test 113 people at the Fredericksburg Regional Food Bank. Those who came to the facility for the twice-weekly distribution of food during the pandemic were given a free COVID-19 test.

The event illustrated “the value of partnerships, especially during challenging times such as these we are seeing now,” said Mark Stone, regional coordinator for the Virginia Department of Emergency Management, which provided cloth masks and hand sanitizers.

Along with health district officials, he praised the way various agencies come together “and seamlessly operate” on missions such as community testing.

Tuesday’s event will include representatives from the Family Life Center, National Guard members and the Fredericksburg Police Department. It’s billed as drive-thru testing, but can accommodate those who walk to the event. Everyone attending is asked to wear a facial covering, and those in vehicles should sit near a window so they can be tested.

Those interested can register in advance by completing a form at https://j.mp/3fXzToV or they can fill out paperwork the day of the event.

Details for the next community testing, July 7 in Stafford County, are being finalized, Balmes–John said. That event is the last one that will include National Guard members so health district officials are looking at other options as they plan test sites in Spotsylvania and King George counties. Dates have not been confirmed.

The Community Health Center of the Rappahannock Region, a free clinic at 1965 Jefferson Davis Highway in Fredericksburg, also offers free and low-cost testing. Those interested can call 540/735-0560 to register.

A month ago, 8,839 tests had given to residents of the local health district since the pandemic started. That’s compared to Friday’s cumulative testing total of 21,173 tests.

The state counts the number of tests given, not individuals, because some people are tested more than once. However, those who test positive are counted only once in the number of confirmed cases, according to state guidelines.

In addition, the rate of positive tests has gone down, which indicates both an adequate number of tests and that fewer people who are being tested have positive results. On May 26, the test positive rate was 12.5 percent; on June 26, it was 5.9 percent.

For the first time since the global pandemic began, there are more confirmed cases of COVID-19 in Spotsylvania County than Stafford County.

As of Saturday, Spotsylvania had a cumulative total of 975 cases—an increase of 30 cases from Friday—while Stafford had 974 cases. Some of Spotsylvania’s recent increase may be attributed to results from communitywide testing, as well as the virus-related outbreak at Carriage Hill Health & Rehab Center. Another death was reported there Saturday for a total of 17 fatalities; 93 residents and staff members have been infected.

To date, the novel coronavirus has claimed 42 people in the Rappahannock Area Health District. That includes 29 deaths in Spotsylvania, five in Stafford and four each in Caroline and King George counties. There have no deaths reported in Fredericksburg.

There were 39 new cases of COVID-19 reported locally for a cumulative total of 2,413 cases in the local health district. That includes 239 cases in Fredericksburg; 128 in Caroline County; and 97 in King George County.

Elsewhere in the region, there were 807 cases in Culpeper County; 417 in Fauquier County; 145 in Orange County; and 100 in Westmoreland County, which reported seven new cases on Saturday, its highest daily increase to date.

Virginia reported another high daily increase with 677 new cases on Saturday for a cumulative total of 61,247 cases and 1,724 deaths associated with COVID-19.