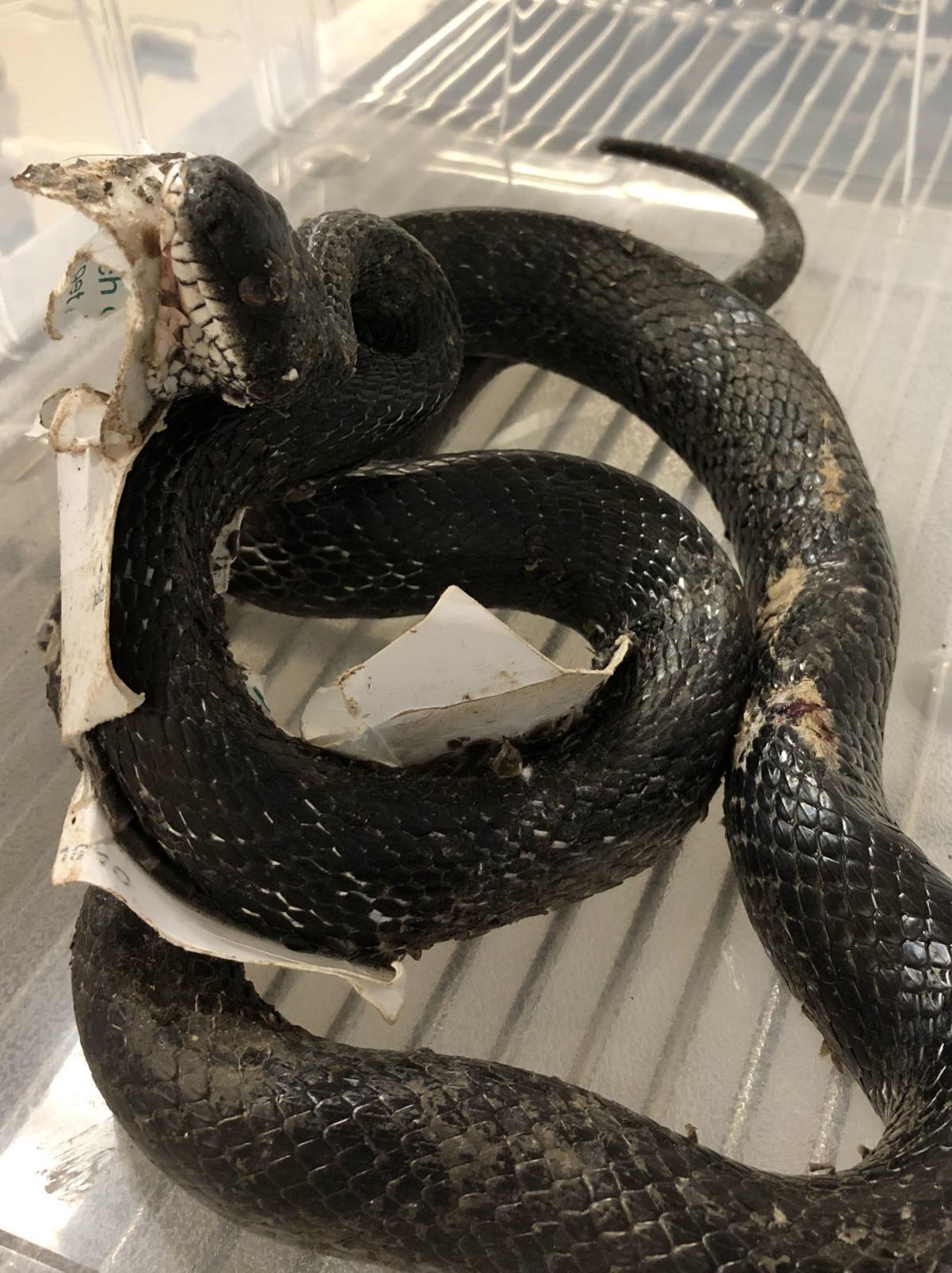 This Eastern ratsnake came into the center stuck to a glue trap. 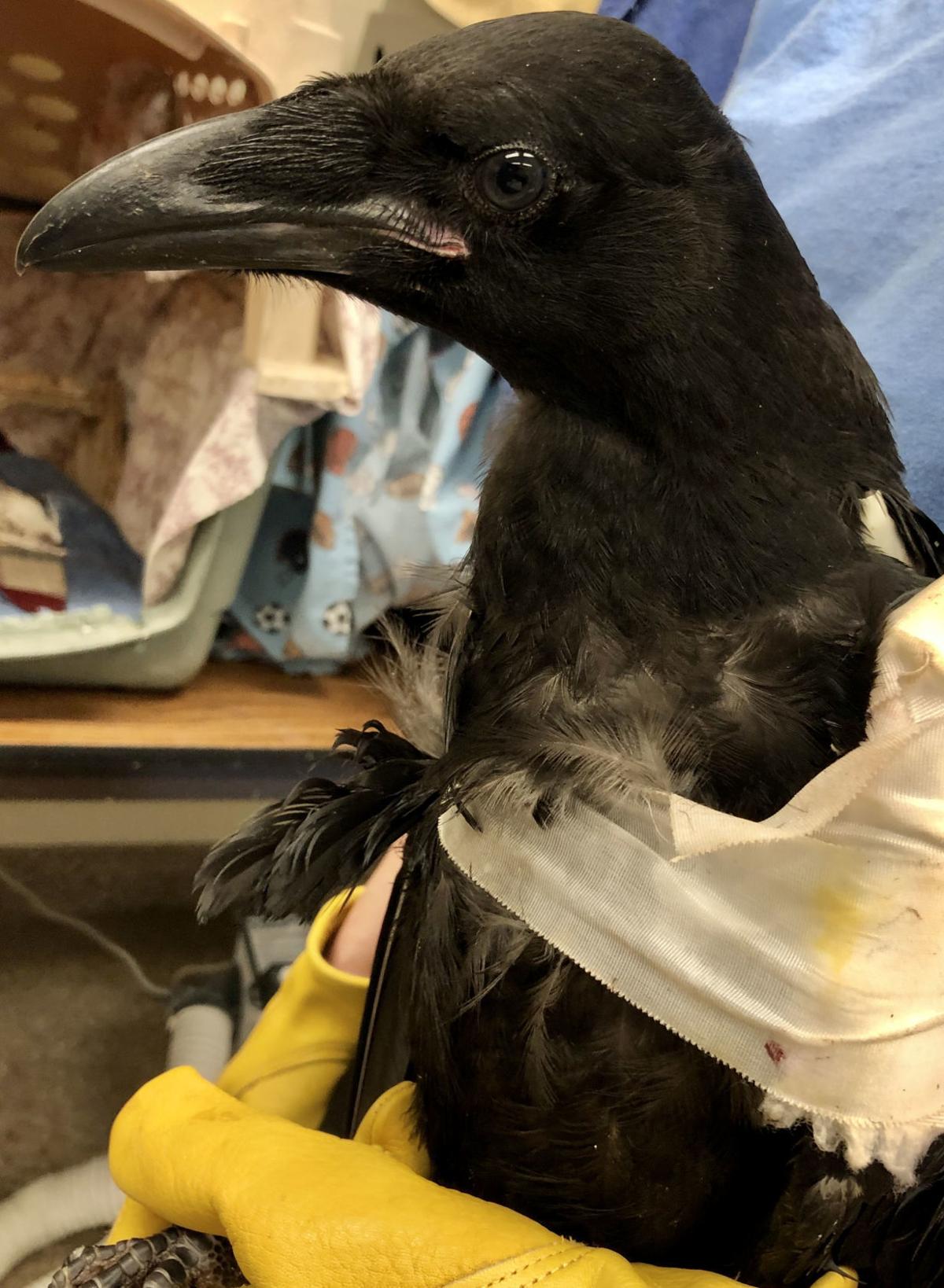 This raven, turned in from Fauquier County, had a broken wing fixed. 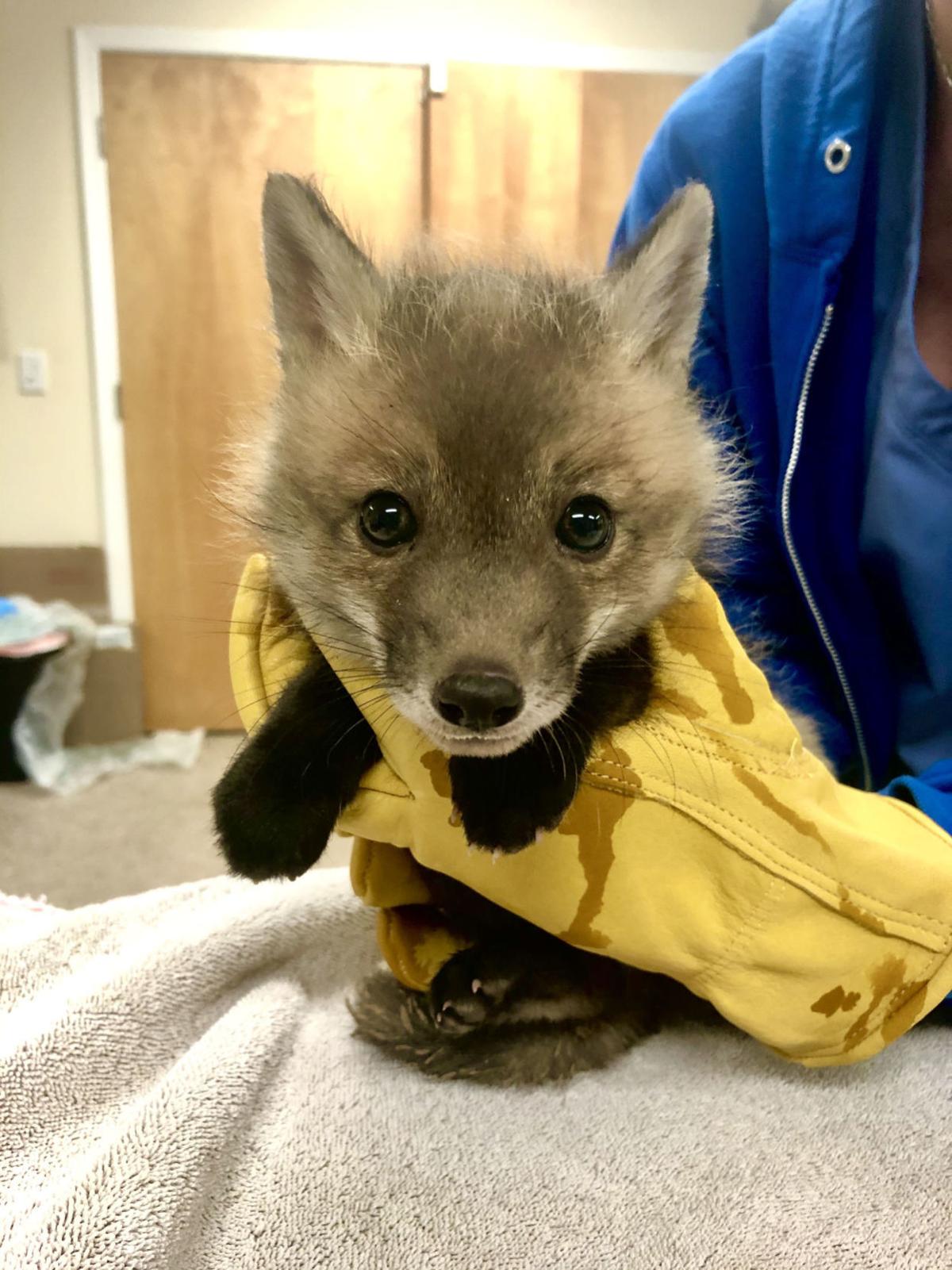 A red fox pup reunited with its parents after being dropped at the center.

This Eastern ratsnake came into the center stuck to a glue trap.

This raven, turned in from Fauquier County, had a broken wing fixed.

A red fox pup reunited with its parents after being dropped at the center.

Being forced to stay at home means people are more aware of their surroundings, including the animals living in their own backyards.

The heightened quarantine-related awareness has led to a surge of rescue cases at the Blue Ridge Wildlife Center in Northern Virginia.

In fact, the nonprofit veterinary hospital—currently run by six staff members—recently reported a 30 percent increase in injured animals coming through its gates.

Recent intakes at the Clarke County rescue facility include a beautiful, glue-trapped rat snake and a raven with a broken wing—both turned in by homebound people in Fauquier County, said Dr. Jenn Riley, the facility’s sole veterinarian.

“People are checking out the wildlife in their backyard, they’re seeing things and now they’re actually available, they have time to bring animals in when they are hurt,” she said in a phone conversation earlier this month. “Where previously they were at work, couldn’t make the drive or couldn’t see the animals that needed rescue in the first place.”

Spring season is baby season and these young patients typically account for most of the intakes this time of year, Riley said. That’s not been the case in 2020, however, she added, saying most of their animal rescues are adults.

“We’ve gotten quite a few lawnmower or weed-whacker-type incidents with wildlife getting run over in the grass,” Riley said. “It would help us immensely if those mowing could walk, rake, sweep their yards prior to mowing.

“We’re already getting turtles as it’s starting to get warmer. They are waking up and more active again.”

The raven turned in from Fauquier had surgery. Riley said pins were placed in the bone and tied together with a bar to help the bird recover.

“We assume it was hit by a car. It was found on the side of the road with a broken wing,” she said.

Like all animals at the Wildlife Center, the raven will be released when it is well. Wild animals not well enough for release are found appropriate homes, Riley said.

The veterinarian bragged about the beauty of the oversized, two-pound Eastern rat snake she helped save. It got stuck in a glue trap in a garden meant to trap insects or rodents.

“We get quite a few snakes on glue traps each year,” Riley said. “The biggest thing for adult rat snakes is that mesh netting people put over their garden, some people actually use it in some cases in order to kill snakes, unfortunately. We really like snakes here.”

The snake was in rough shape with skin lesions and cloudy eyes, she said. It was carefully removed from the glue and has been on the road to healing itself. Riley said the snake was probably trapped for two weeks, and now its skin looks beautiful, with red iridescent markings.

“He’s nice and shiny now,” Dr. Riley said, adding that the snake has lost some weight. “He was likely eating very well where he was.”

The veterinarian does about 130 surgeries per year on injured wildlife. A record 45 animals came in on a single recent day, Riley said. But as the need grows, the workforce at the Wildlife Center is down 50 percent due to COVID-19 and so are donations. Existing staff is working long hours, she said.

“It’s a lot for us to handle, but we’re coping,” Riley said.

She said the center is still getting lots of people bringing in healthy babies.

“Often, they think the baby has been orphaned or abandoned when, in fact, itss parent is somewhere nearby and still caring for it,” Riley said.

This is true of many fledgling birds that hop out of the nest and the parents still feed them from the ground. It is also true for some mammals. Deer, for instance, will often find a spot to leave their fawns and go off to forage. They will return later to care for the baby.

“Many times, while people mean well, they’re essentially abducting a healthy baby from its parents,” Riley said. Call the Wildlife Center before interfering, she advised.

Financially supported solely with private donations, the center is seeking donations at blueridgewildlifectr.org.