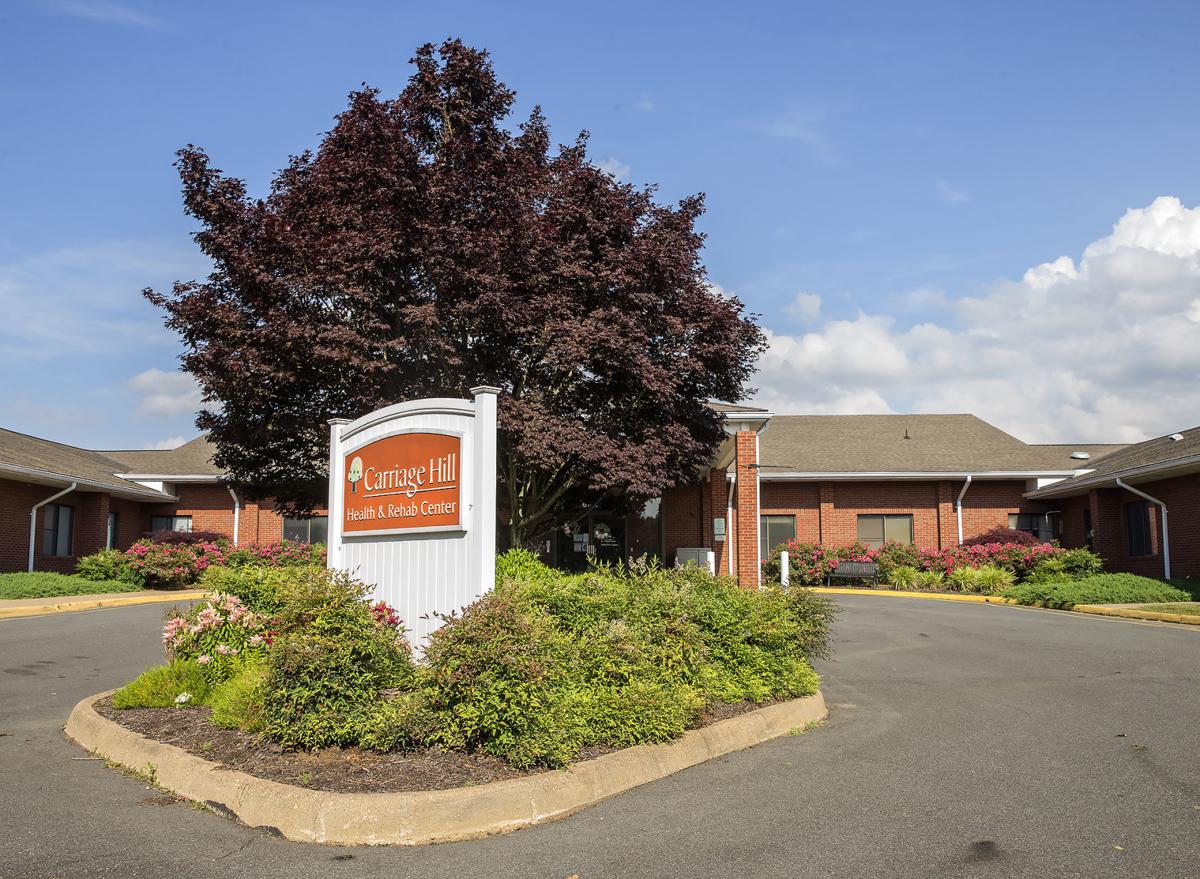 Fifteen residents have now died as a result of a COVID-19 outbreak at Carriage Hill Health & Rehab Center Spotsylvania.

Fifteen residents have now died as a result of a COVID-19 outbreak at Carriage Hill Health & Rehab Center Spotsylvania.

Gloria Brooks was 90, but that doesn’t mean she had one foot in the grave.

“She was so full of life; she was a young 90,” said her daughter, Debbie Luck. “She kept up with all the politics in Spotsylvania. She knew what was going on in the county.”

Brooks also had worked in county schools, a local furniture store and funeral home well into her 80s. For the last five years, she had lived with her daughter in Spotsylvania, helped with the cooking and cleaning, and took care of her own needs when she wasn’t messing in the flower bed, getting her hair done or doing her favorite thing: talking.

Even after Brooks had been hospitalized in May with bacterial pneumonia—and treated successfully with antibiotics—she needed some help getting on her feet again, but still had it all together upstairs, her daughter said.

“Her mental status was right on the money,” Luck said.

All that changed after Brooks entered Carriage Hill Health & Rehab Center. Because of COVID-19, she was put in isolation for 14 days, even though she had tested negative for the virus twice—when she was first hospitalized and right before she was discharged.

That was May 21. Fifteen days later, when National Guard members, health officials and Carriage Hill workers tested every resident and staff member for the virus on June 5, Brooks got her first positive COVID-19 result. She soon developed a fever, became delirious and went back to the hospital, where she died June 11.

“It’s a crying shame,” said her son, Gary Brooks of Richmond. “I could see if my mother had been in the regular population or where they used to gather for lunches, but in a quarantined room? Uh-uh. That just wasn’t right. Somebody dropped the ball.”

Gloria Brooks had been the oldest member of Mine Road Baptist Church, but she’s become one of 15 elderly patients who have died at Carriage Hill from COVID-19. The outbreak is the largest in the Rappahannock Area Health District and has infected more than 100 people.

An email from Administrator Ozzie Lambiro on Tuesday said that 73 residents and 30 staff members have tested positive for the virus. All but one of the workers have recovered and returned to their jobs, he wrote.

The Carriage Hill outbreak has caused the area death toll to spike, even as other disease-related indicators seem to be trending downward. The outbreak accounts for 15 of the 40 deaths in the local health district, which also includes Fredericksburg and the counties of Caroline, King George and Stafford.

“Believe me, everyone in this area has taken notice,” said Dr. M. Stephen Mandell Jr., who leads a local task force set up to help facilities in such situations. “It was a huge outbreak, and it has a major impact on everyone. It’s tragic that we lost 15 lives.”

The deaths come as Fredericksburg and other parts of Virginia are showing positive trends in terms of the virus, said Dr. Donald Stern, acting director of the health district.

“The number of reported cases are down, percent of tests positivity is down, hospitalization is stable and far from overwhelming current hospital care capacity,” he said. “The one outstanding issue is ... the outbreak at Carriage Hill.”

Compare these numbers from the past seven days with the same time period in May. Last month, there were as many as 48 new cases in one day. From June 18–24, the highest total of new cases per day was 25.

Likewise, as many as 15 percent of those who had their noses swabbed for testing were confirmed to have the virus last month. For the same week in June, the positivity rate was under 7 percent, meaning fewer people had tested positive even as more test kits became available.

Not all were related to Carriage Hill, but every one of them was a resident of Spotsylvania, where 27 people have died from the virus.

The loss experienced locally, as well as in long-term care settings across the state, nation and world, has been staggering, said Mandell, senior medical director and vice president of Mary Washington Healthcare. Residents in such facilities make up about 11 percent of statewide COVID-19 cases, but 62 percent of the deaths.

“Any long-term care facility is a potential kind of tinderbox for igniting because of living conditions, shared rooms, comorbidities and advanced age,” he said.

The strike team he leads, which was set up by Stern, got involved after building-wide testing showed 81 people had the virus.

Patient records were made available to Mary Washington doctors, who started reviewing cases daily. They and other health officials also offered advice on appropriate interventions, such as not sending patients out of the building for treatment or bringing any new ones into the facility, Mandell said. Doctors also discouraged the widespread use of an anti-inflammatory steroid, saying the medicine wasn’t appropriate for that age group.

Carriage Hill followed Gov. Ralph Northam’s recommendation and conducted weekly follow-up testing. Staff members are screened before and after each shift, and patients are checked twice daily for symptoms. The facility has put in place best practices regarding infection control and prevention, using local, state and federal resources, Osman wrote in his email.

“We are confident that we have the [personal protective equipment] we need in order to safely care for patients,” he added.

Mandell emphasized that not all nursing home residents who test positive for COVID-19 die or even show symptoms. But because many are elderly with weakened immune systems, those who develop a lethal case “just do not have the capacity to overcome it, just as they would have problems with any other major systemic infection,” he said.

He also stressed the responsibility shared by all health care workers, but especially among those who deal with the most vulnerable patients. All it takes is for one or two workers to be exposed to the virus, then bring it back to the building where they work, where it will spread like wildfire among patients, he said.

“This illness travels most readily through asymptomatic people,” she wrote in an email, “so the more attentive we all are to washing our hands, wearing masks, social distancing and doing everything we can to keep each other safe, the better we will all be at fighting back against this terrible illness.”

She acknowledged the facility’s “heroic employees” on the front lines of the pandemic, as well as the community partners who have offered help. That wasn’t necessary the case in other places; news stories described workers who had abandoned their jobs after virus outbreaks occurred.

“Everybody went to the hills and ran,” Mandell said. “That’s not been the case here. Where there were needs, people stepped up and were able to provide support. We just pray that this is the end of it.”

None of the 173 people tested at the Rappahannock Area Health District’s first community testing in Caroline County Friday had the virus. District officials are continuing to schedule free testing across the area.

As of Wednesday, there were 22 new cases of COVID-19 locally for a cumulative total of 2,329 cases. That included 949 cases in Stafford County; 924 in Spotsylvania County; 235 in Fredericksburg; 125 in Caroline County; and 96 in King George County.

Elsewhere in the region, there were 803 cases in Culpeper County; 417 in Fauquier County; 141 in Orange County; and 92 in Westmoreland County.

Virginia reported 520 new cases on Wednesday for a cumulative total of 59,514 cases and 1,661 deaths associated with COVID-19.