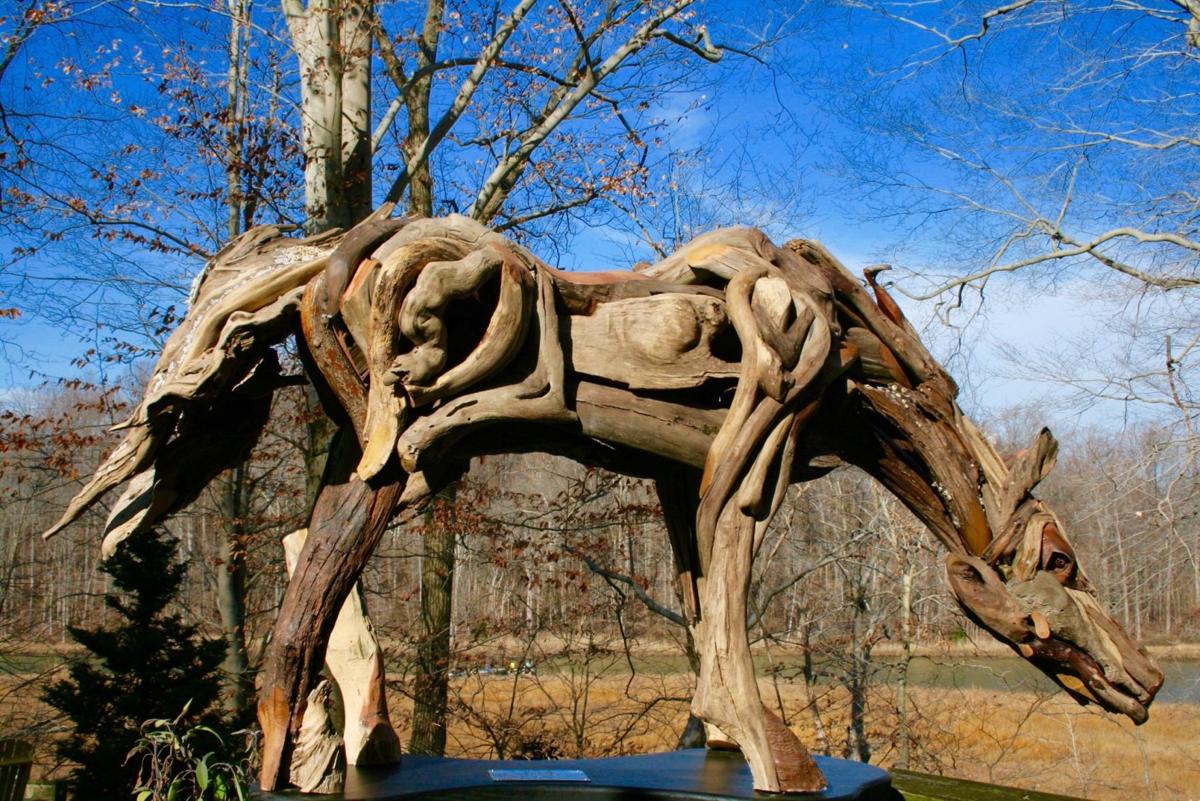 Ana Jones of Ana’s Jazzy Art of Longwood, Fla. has been painting flags for a about 8 years. 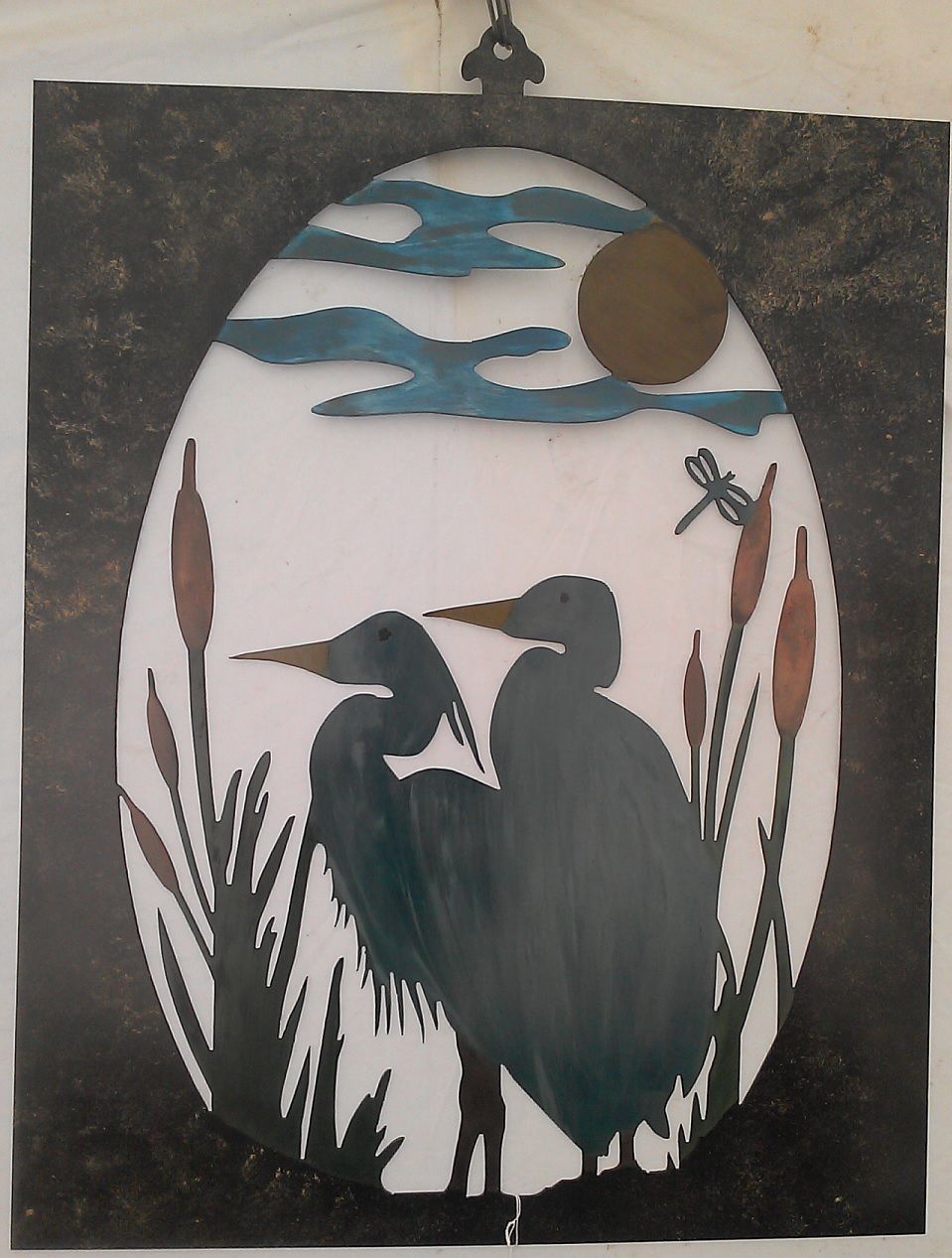 This was made in Louisa by Michael Gillespie of Expert Metal Works. 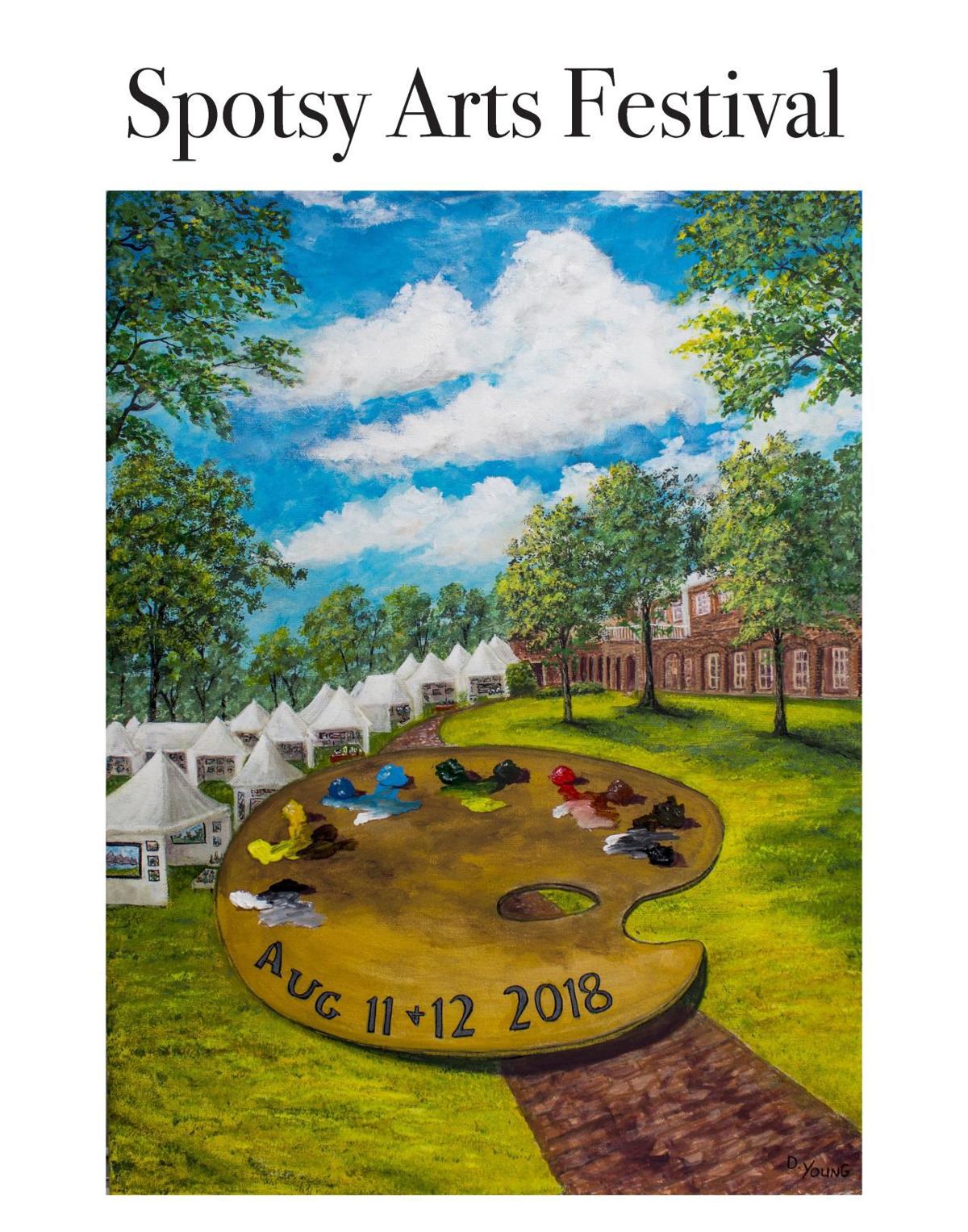 Don Young of Fredericksburg won this year's contest for the Spotsylvania Arts Festival Poster, the face of the Festival this year.

Ana Jones of Ana’s Jazzy Art of Longwood, Fla. has been painting flags for a about 8 years.

This was made in Louisa by Michael Gillespie of Expert Metal Works.

Don Young of Fredericksburg won this year's contest for the Spotsylvania Arts Festival Poster, the face of the Festival this year.

If taking in stunning artwork under large shade trees on a summer day sounds appealing, Janice Jones and Spotsylvania County have something new for you.

It’s called the Spotsylvania Arts Festival, which will be held Saturday from 10 a.m. to 6 p.m. and Sunday from 11 a.m. to 5 p.m. at the Historic Spotsylvania Courthouse. For two days, it will be transformed into a massive indoor/outdoor gallery for artist and artisans from around the country.

More than 50 artists will showcase works in the free and juried festival, which will feature original creations from pottery to paintings, jewelry to photography, woodworking to sculpture and much more. There will be artwork from well-known, successful artists as well as new and emerging local talent.

Organizers noted that the festival is using the historic grounds at 9101 Courthouse Road in Spotsylvania, as well as Historic Berea Christian Church, for artist displays. Trolley Tours will be picking up from the Judicial Center parking lot and additional parking can be found at Spotsylvania Middle School.

Debbie Aylor, the tourism manager for the Spotsylvania Dept. of Economic Development & Tourism, explained how the festival came about.

“It was actually the idea of local artist Nita Atchison, who’d been telling me about shows and festivals she had gone to and encouraged me to see what Spotsylvania County could do,” said Aylor. “We wanted to draw attention to the Historic Courthouse Area and the arts festival seemed like a perfect fit under the large, old trees on a lazy summer day.”

She said some quick checking in the artistic community steered her to Janice Jones, “who has taken on the event with a passion.”

Jones operates JART Inc., a nonprofit organization which supports artists and art groups. Jones said that JART’s charter states it will return profits to the community where they were earned for art and art-related activities. Spotsylvania County Schools’ arts programs will benefit from their donation.

I met Jones years ago in King George County doing a story on her participation in an annual arts studio tour there.

She has worked in every medium from pastels to watercolors, painting on ceramics in one long stretch and branching out eventually to collages and jewelry.

Now living in Westmoreland County, she said the idea behind the Spotsylvania Arts Festival is to stimulate art in the region by bringing in artists of all types from our area and from far-flung spots all around the country.

When we talked months ago, she was trekking to shows and festivals all around the region and country, putting out the word that the newest juried festival would be happening this August in Spotsylvania County.

She said that like all successful festivals, this new one in Spotsylvania will include vendors selling a variety of American, Caribbean, Mediterranean and Mexican foods as well as kettle corn, Kona ice, soft-serve ice cream, funnel cakes and more.

There will also be some musicians lending their talents to put sounds on the breeze, as well as dancers, street performers and more. The Spotsylvania Ballet Company will perform Saturday afternoon.

Jones said that a marketing company helped to get the word out.

“I think we are listed on every calendar from Pennsylvania to North Carolina and West Virginia,” she said, “though we might have missed a few.”

She urged visitors to register at the festival’s hospitality tent to win one of two $100 festival dollars gift cards, which can be used on purchases from any of the artisans.

Jones said that she’s been organizing artists workshops here and in different parts of the region for a while now, and hopes to continue doing that under the JART Inc. banner.

“We artists need to support, encourage and enable each other,” said Jones, who put in decades as a government worker, and also studied art with a prominent artist in Mexico. “That’s a big part of what we’re trying to do with this festival.”