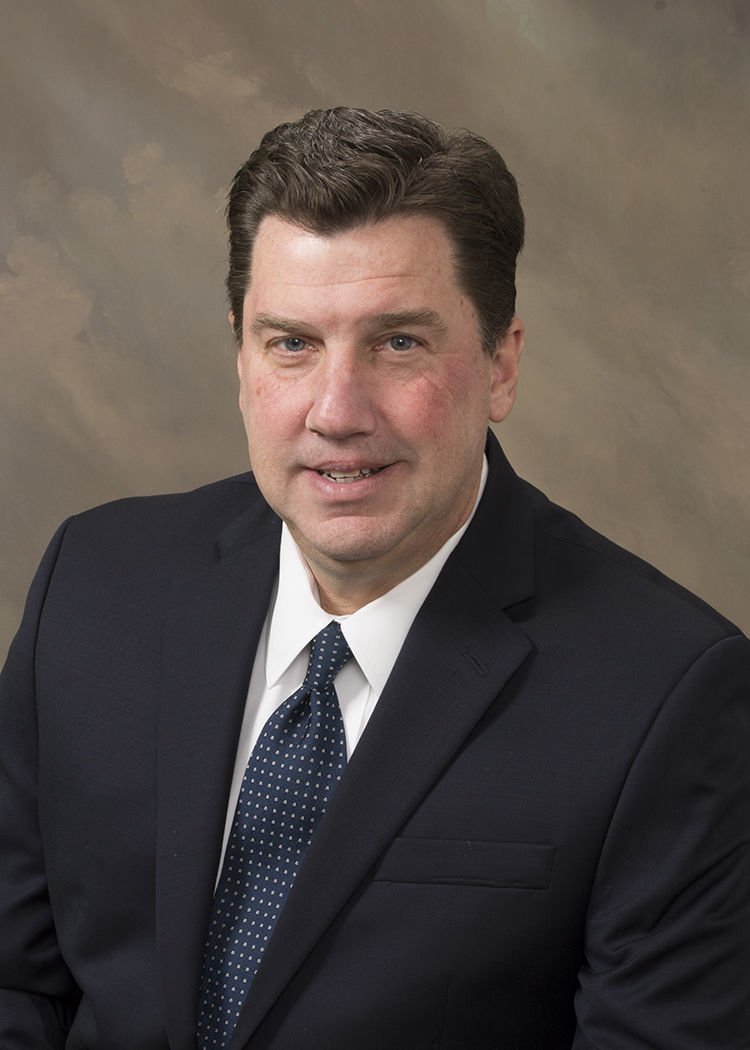 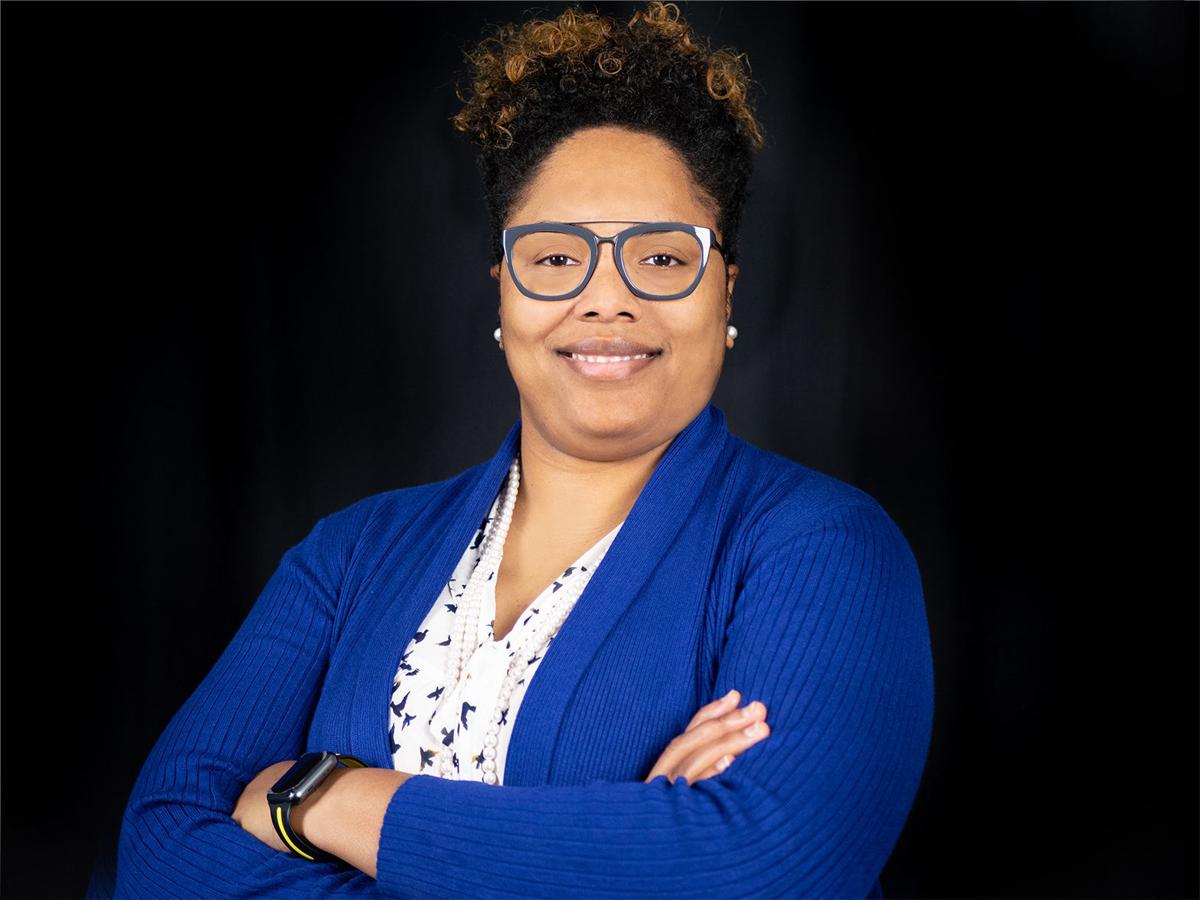 Voters in Stafford County’s Griffis–Widewater District will decide Nov. 5 whether they want to keep the supervisor who has served five terms or turn to a new face on the Board of Supervisors.

Incumbent Jack Cavalier faces political newcomer Tinesha Allen for the seat representing the district in the northeastern corner of the county.

“I feel like Stafford needs a change of leadership,” said Allen, a Democrat who is studying nursing. “The current leadership has been there for almost two decades, and under the current leadership, we’ve seen a decline in our school budgets, which has spilled over into affecting the amount of resources available to our teachers.”

“Some people might say it’s time for change, but sometimes change isn’t better,” said Cavalier, the Republican nominee. “Experience really counts and the connections with every aspect of the community that I have really contributes to getting things done.”

Allen said she was motivated to enter the race after reaching out to Cavalier a few years ago about her concerns regarding a roadway safety issue in her neighborhood.

“I asked my opponent if there is something that can be done, even a temporary stop-gap solution until a permanent one could manifest,” said Allen. “It was a concern that went unanswered up to this day as we speak.”

Cavalier grew up in Ohio and graduated from West Virginia University with a degree in mine engineering. He briefly worked in the Mountain State as a union coal miner, married, and moved to Stafford County during the recession of 1982 after accepting a position with the U.S. Army Corps of Engineers. He retired several years ago after a 30-year career with the agency.

“After retirement, I became a full-time county supervisor,” Cavalier said. “I have a lot more time to dedicate to this job than I did when I was working. That makes a huge difference.”

Allen was born in Georgetown, Guyana, on South America’s North Atlantic coast. Her family immigrated to Brooklyn, N.Y., when she was in elementary school. She received a scholarship to Vanderbilt University in Nashville, Tenn., majoring in political science.

Allen said her family moved to Stafford after determining the county “offered the best combination of people, suburban living and potential for growth, while still being rustic.”

She worked in a variety of part-time jobs while raising a family before recently enrolling in Shenandoah University’s 15-month nursing program. She is on track to graduate next year.

Allen said years of Republican leadership in the district have resulted in a lack of competitive pay and wages for teachers and county employees when compared with other counties.

“This has resulted in teachers and school staff leaving the county,” Allen said. “It’s the same trickle-down effect that’s also spilled over into our public servants, our firefighters, police, county workers, they’ve all been neglected.”

“I’ve always been a huge school supporter,” said Cavalier. “My son’s a teacher at Brooke Point High School, and I want to continue to see the best things happen for Stafford, and I think I’m in a good position to do that.

“There’s still much work to be done,” Cavalier continued. “We need to build a new high school and a new elementary school in the near future and continue to increase teacher and other school employees’ pay and increase security in all of our schools.”

Cavalier plans to improve many of the secondary roads in the county, build out Quantico Corporate Center to add to the expanding high-tech job base in the county, and put high-speed internet in Widewater through a broadband initiative he is undertaking.

Cavalier is banking on his years of experience in the county to accomplish those goals.

“I am the only candidate with the knowledge base and experience qualified to be the Griffis–Widewater supervisor for the next four years,” Cavalier said.

Allen maintains that she is the candidate who will step up and make the difficult decisions. She pledges to be transparent in her actions.

“I will lead from the front,” she said, “so my fellow residents aren’t worrying what the government is doing.”

Transportation: We have to have safer roads, as well as sidewalks in high-trafficked areas, and in neighborhoods that need them. Likewise, we have to implement better public transportation that will ease congestion on our roads as well as offer transportation alternatives for those who cannot drive and for those that want other options.

Supporting county employees: Better wages for teachers, deputies and firefighters. We have to start offering our public servants and teachers competitive wages and compensation packages that will allow them to be able to continue to work in Stafford. We cannot task them with protecting us and our children and sacrificing themselves, but turn around and betray them by not taking care of them and their families. We need to get ahead of the curve and meet the needs of these people because when they leave, it only hurts us.

Smart development: We have a serious issue of growth being highly concentrated in one area while other areas are without essentials. In Widewater, for example, there are no healthy grocery options, so residents have to drive over 30 minutes to shop, sometimes longer, depending on traffic. We also don't have diversification in our commercial retail and entertainment spaces. We are spending our money in other counties and localities instead of in Stafford, which would not only support local businesses, but could be cycled back into the economy to address pressing issues.

Background: Retired from the Department of Defense (U.S. Army Corps of Engineers), bachelor’s degree in mine engineering from West Virginia University. Has served for 16 years as the supervisor of the Griffis-Widewater District, board chairman three times, vice-chair twice. Has served on numerous boards, councils and committees in the community. Youth sports coach, member of Ebenezer United Methodist Church.

Schools: Strongly supported the five percent pay raise for teachers and all school employees in 2019 and received the endorsement of the Stafford Education Association. Worked with the Stafford School Board and sheriff to start a pilot program for add deputies in elementary schools to protect our children, with plans to have them in all Stafford County schools in addition to the current coverage in all area middle and high schools. Also support the Capital Improvement Plan to build additional schools to add capacity.

Transportation: Supports the Comprehensive Road Study, which works with VDOT to improve the secondary roads throughout Stafford County, including Decatur Road (scheduled for 2020), Brent Point Road (including paving the gravel section), Telegraph Road (approved by VDOT), Woodstock Lane (approved by VDOT), Onville Road (to include a sidewalk), and Barrett Heights Road. I worked with VDOT to put a new traffic signal at the crucifix (Telegraph Road and U.S. 1), which improves roadway safety at that location. I also support the passage of the Road Bond Referendum on November’s ballot, which will fund many road projects for to improve safety and mobility in Stafford County.

Economic development: I will continue our emphasis to attract more jobs with a focus on defense, such as those at the Quantico Corporate Center. I will also continue to advocate for quality of life enhancements, such as broadband in Widewater, the Jeff Rouse Swim and Sports Center and Widewater State Park. Additionally, the elimination of the boat tax has resulted in increased revenue at our marinas and local businesses.

Failure times 5. 5 terms is enough to improve transportation and bring quality jobs to the area as well as fix the blight known as Aquia Town Center and the Garrison. Is there anything wrong with a realtor voting on every land use decision?