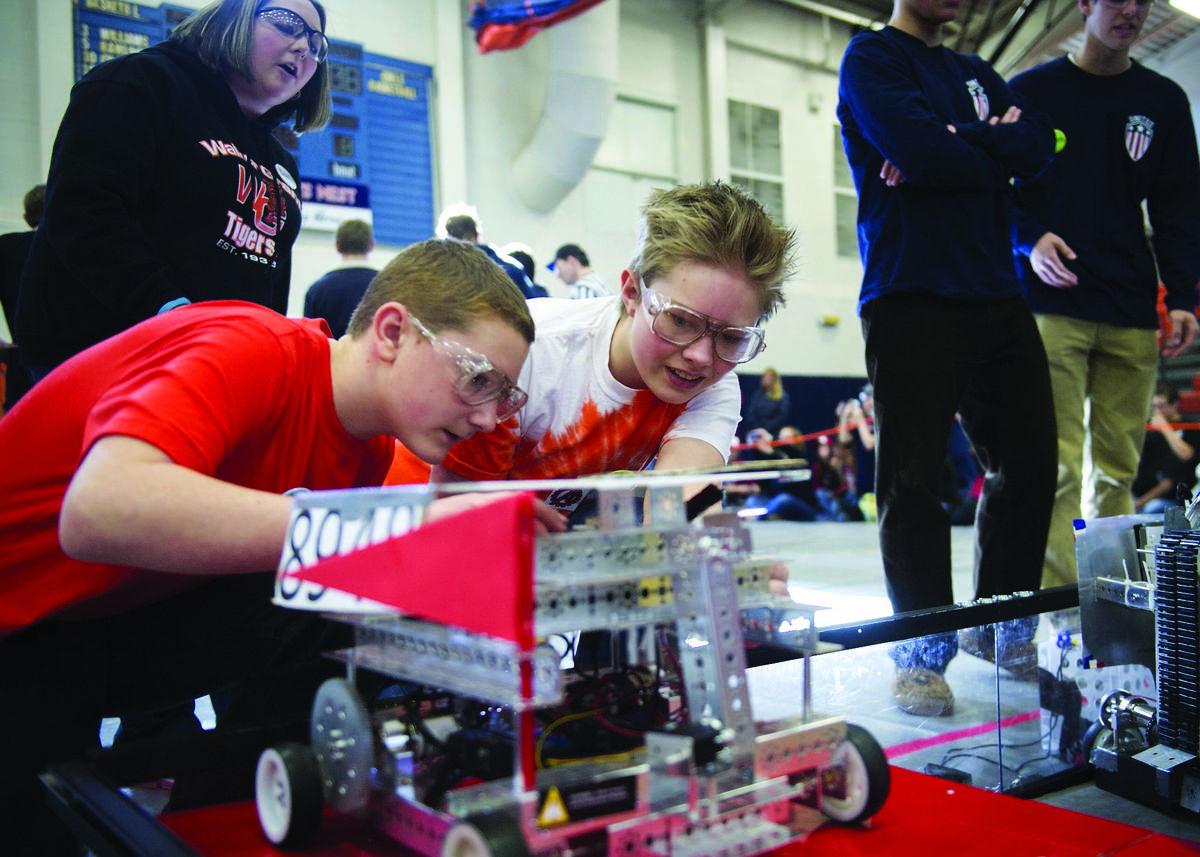 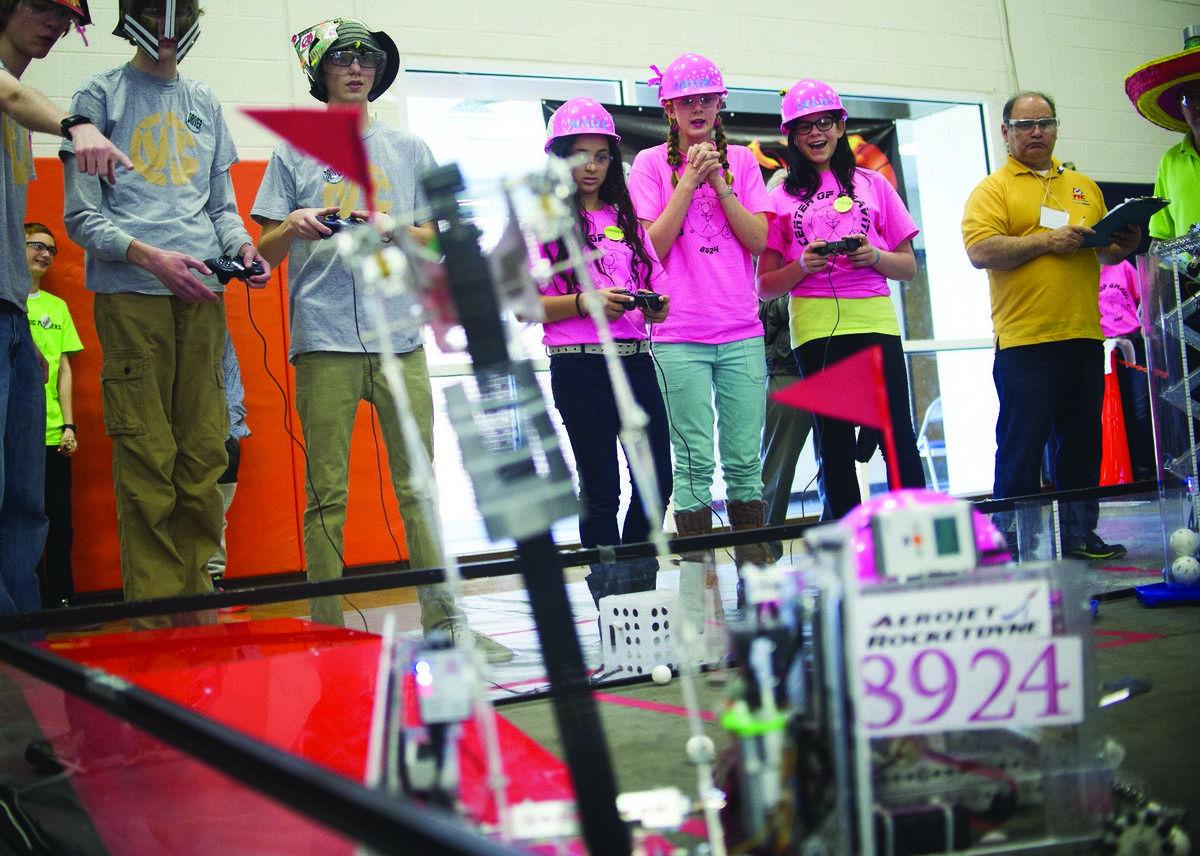 Teams of youthful problem-solvers from as far away as Fairfax, Chesapeake and Harrisonburg descended on Orange County High School on Saturday for Virginia’s largest FIRST Tech Challenge robotics tournament.

The Virginia FIRST North Central Qualifying Tournament this year hosted 52 middle and high schools, as well as neighborhood-organized teams, all aiming to secure a spot in the Virginia state championships, which will be held Feb. 28 in Richmond.

FIRST (For Inspiration and Recognition of Science and Technology) is an international not-for-profit organization founded by Dean Kamen, inventor of the Segway, to inspire young people’s interest and participation in science and technology. Kamen calls the FIRST competitions the invention of which he is most proud, and has predicted that the million or more students who have taken part in these contests will be responsible for significant technological advances in the future.

Welcoming the crowd of hundreds of parents, friends, support groups and sponsors in addition to the nearly 400 student competitors, Virginia FIRST Executive Director Stan Southworth characterized the tournament as “the most exciting sporting event of the weekend”—acknowledging that there is also “something happening Sunday in Arizona.”

Through five initial rounds of qualification matches, alliances composed of two randomly selected teams competed to have their robots work together to solve this year’s “Cascade Effect” challenge. The challenge involves freeing a cache of large and small plastic balls from a raised, trapdoor-equipped reservoir, and attempting to place them in vertical stacks of differing heights. Points could be earned by completing certain tasks during an initial 30-second “autonomous” period in which the robots were required to operate only by means of pre-programmed instructions. For the remaining 2-minute period, student drivers controlled the robotic movements.

Alliances were shuffled after each round, so that a team’s ally initially might be an adversary in the next.

All competitors are expected to adhere to the FIRST organization’s core value of “Gracious Professionalism.” Gracious professionals, according to FIRST national adviser Dr. Woodie Flowers of the Massachusetts Institutue of Technology, “learn and compete like crazy, but treat one another with respect and kindness in the process.”

Those values were on display throughout the day’s competitions, especially when one volunteer official said she had only to mention that a particular team needed a specific part to continue, and five or more teams immediately offered up a spare from their inventory.

Breakdowns and malfunctions are all considered part of the learning process.

The Walker–Grant Middle School Tigerbots team, in their first year of FTC competition, had to deal with a motor that broke down just days before the tournament.

“We fixed it, though,” said Beryl Brindley. “It’s fixed!”

Kabza, Gavin Heroitz and Ashton Parish worked feverishly to rebuild the lifting arm and measure the new mechanism to ensure it would still earn them the most points.

The day’s final matches involved three-team alliances formed by allowing the top scorers to offer membership in their group to other teams. The offers were all “graciously” accepted, leading to a double-elimination round that determined the final standings for each of the two divisions.

See the list of winners in the accompanying sidebar.

Three local area teams made it as far as the semi-final round. The Hornets of Orange County High School and the Robo Hamsters of Culpeper were eliminated in the next-to-last round, while the Neon Drones of Locust Grove Middle School made the finals.

In the judged awards presentations, the Orange High Hornets won a Think Award for removing engineering obstacles through creative thinking, and the Orange Olympians took a Judges Award for unique effort, performance or dynamic merit.

Orange County Board of Supervisors Chairman Lee Frame, serving as a judge for the competition, summed up the day.

“This is a great experience, and a great opportunity for these kids,” he said. “It’s amazing what they are doing. I’m glad I’m not in competition with them.”