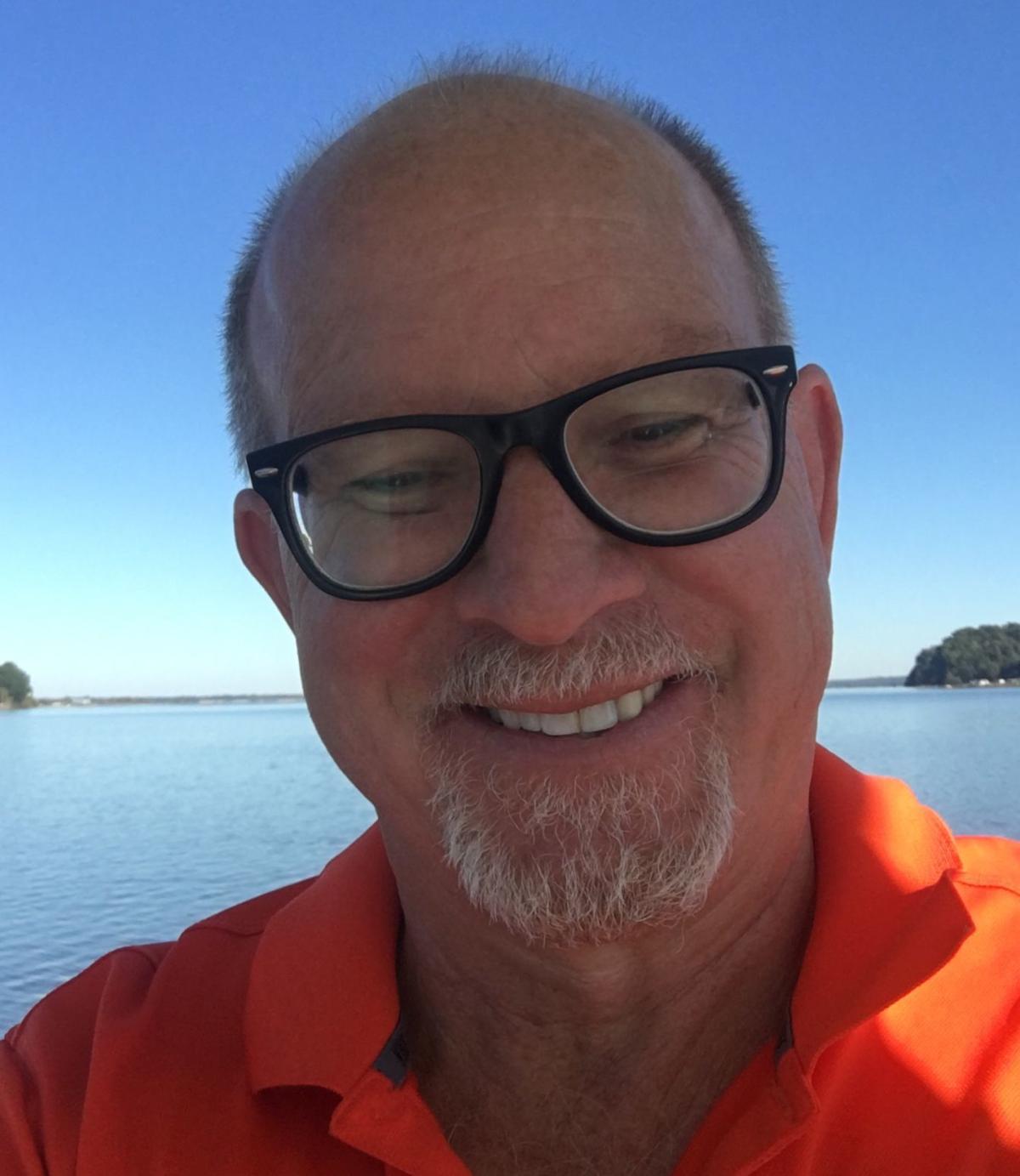 Incumbent Stafford County Treasurer Laura Rudy ran unopposed in her first two campaigns for re-election. But to win a fourth term in office Nov. 5, she’ll need to defeat a retired corporate executive who served almost three decades with one of the largest publicly traded international oil and gas companies in the world.

Democrat Henry Thomassen grew up in Maplewood, N.J., and earned a master’s degree in finance from Rutgers University. He said he was recruited to Mobil Corp.’s headquarters in New York City “right off the campus” and spent the next 29 years with the company.

After Mobil’s merger with Exxon in 1990, the company and its employees relocated to Fairfax. Thomassen said he “survived seven corporate mergers and restructurings.” Now he said he’s running for office to continue his family’s tradition of giving back to the community.

“I haven’t done enough, I need to do more, and now I have time to do it,” said Thomassen. “It’s time for me to give back.”

Rudy, a Republican who has held the treasurer’s post since 2008, has lived in the county for 37 years and feels she has “the expertise and dedication to continue to serve” as county treasurer. She promises continued fiscal management, responsibility and accountability, citing her “years of experience, leadership and results.”

“We’ve been focusing on the way citizens want to pay taxes and utilities online, so we’ve tried to be responsive and we’re looking at new ways to deliver that service in a more efficient manner,” Rudy said.

The treasurer’s office is primarily responsible for sending out and collecting county tax bills, then disbursing the money to the proper departments in accordance with the county budget.

Thomassen said he thinks he can double the amount of revenue the treasurer’s office takes in through simple measures that he said are being overlooked. He cited an occasion when he paid his taxes, but it took the treasurers’ office four days to process his payment. He said speeding up the process would allow the county to invest the money faster and earn additional interest.

“It doesn’t sound like a lot, but when you add that up, you have $680 million coming through the door, that makes a big difference,” Thomassen said.

He also said the county continues to unnecessarily spend taxpayer money on postage and paper by sending tax bills to resident through the U.S. mail instead of electronic notifications.

Rudy said she has been “honored” to serve the county for almost 12 years, adding that “I continue to foster relationships with other departments and agencies to work towards solutions that benefit Stafford citizens.”

Rudy is a member of St. William of York Catholic church and was recently appointed to the church’s parish finance council. She was also a founding board member of the Stafford Education Foundation.

Rudy is a graduate of the Leadership Education and Development Program at the Darden School of Business at the University of Virginia, as well as the Virginia Bankers School of Bank Management. She earned an associate degree in business and public management from Northern Virginia Community College.

She has also earned numerous certifications from a variety of associations, councils and organizations, including a master governmental treasurer certification from the Treasurers’ Association of Virginia, where she is an assistant district chair. She is also a past president of the Virginia Association of Local Elected Constitutional Officers.

Rudy said her staff is constantly seeking ways to improve, tighten and streamline operations in the treasurer’s office to be a more productive, cost-effective and efficient.

“I achieve this by executing several technology-driven initiatives to increase revenue collections, including the award-winning myStafford online portal,” said Rudy. “We’re bringing solutions to benefit our citizens and our community. This has been my passion.”

Background: Eagle Scout. Worked for Mobil Corp. and then, after a merger, ExxonMobil for 29 years as corporate officer. Areas of expertise are organizational behavior and corporate finance. MBA in finance from Rutgers University and a bachelor's from University of North Carolina, Chapel Hill.  I believe in giving back to the Community and I pledge, if elected, to donate all after expenses take-home pay to charity.

Have you ever been charged with or convicted of any crimes: No.

Faster processing: Checks and electronic payments to Stafford County go un-cashed for far too long and it is not uncommon for a check to go un-cashed for 10 days or more. This means that money is not earning interest the way it should. Stafford County has critical needs for new schools and roads.  I can improve processes in the treasurer’s office that will save $1 million per year.

Modernization: Overall, bring the treasurer’s office into the 21st century.  Encourage Stafford County to create a Stafford smartphone app for all things Stafford County. Investigate providing services, such as a monthly property tax payment facility, that will help Stafford residents. Increase the type and number of transactions that can be done on line or via email.

Background: Has served as county treasurer since 2008. Previous experience (since 1980) in the banking industry. Holds an associate degree in business and public administration. Also holds certifications as a master governmental treasurer, advanced certified public finance investment manager, as well as a finance professional certification in public administration. In addition to involvement with several financial associations, served as past president of the Treasurers Association of Virginia and the Virginia Association of Local Elected Constitutional Officers. Serves on the Saint William of York Catholic Church financial council and was a founding member of the Stafford Education Foundation.

Experience: I have the knowledge and experience to continue the collection of all local and state revenue efficiently and accurately.

Customer service: My objectives and priorities include identifying opportunities in technology to enhance and improve revenue collection productivity and to continue delivering efficient, high quality effective service to county residents.

Efficiency: I will work to improve payment options and services that cut through the red tape and streamline procedures, saving citizens time and money.

Well you know Thomassen is out of touch, when he talks about ending the mailed out bill and going all electronic. Since he’s not from here maybe he doesn’t know that we don’t have internet everywhere in Stafford, so that’s a promise he can’t keep already. Plus, some folks like me, like a paper bill. And, as the wife of a high level IT Exec, this exposes us more for hackers and theft. Remember when the “electronic voting machine” was all the new rage? That didn’t end well, and for security reasons we’re all having to go back to paper. We all wasted tons of money on those failed, unsecured electronic voting machines. How much would Thomassen waste?

You don’t throw out something that’s working good, and the Treasurers Office is running pretty smooth these days. I’m voting for Laura Rudy!

Why do incumbents promise to do things that they should have already accomplished in their many years in office?

What a specious argument! The treasurer's office has NOTHING to do with voting machines.

I don't think it's a specious argument at all. We were all told that those machines were secure as houses, then 11 year kids showed how easy it was to hack them.

And designing and programming payment portals that are easy to use, and have high security standards isn't as easy as people like to think it is, so simply saying "We'll make an app" isn't as easy as snapping your fingers.

I do agree that there needs to be an electronic bill option for residents, and I also agree that the online payment portal should be easier to use. But at the same time, how many people have contacted the treasurer's office with specific complaints, vs how many who just vent to their friends?

I am more than a little concerned that one of Thomassen's 'proposed savings' is based of a story that he waited 4 days for a check to be cashed. Is that the norm? If so, does he have the figures to back it up, or is this all based on his friends saying "I've heard of that too!"

Or, maybe he mailed the check on a Friday, soon as it would clear would be Monday night (4 days). Or, he wrote it Thurs night, postman picked up Friday. We do have some online pymt portals, but there’s a fee. I’m not paying a fee when a stamp is cheaper.