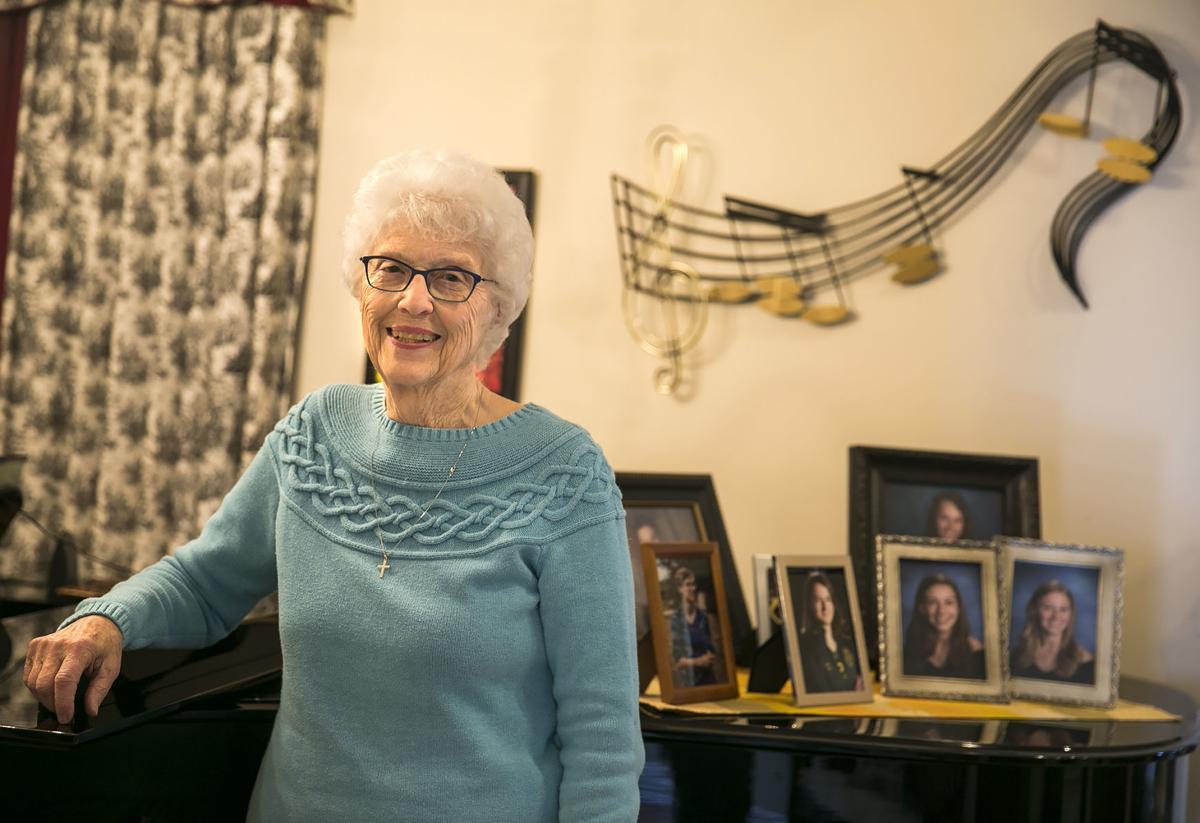 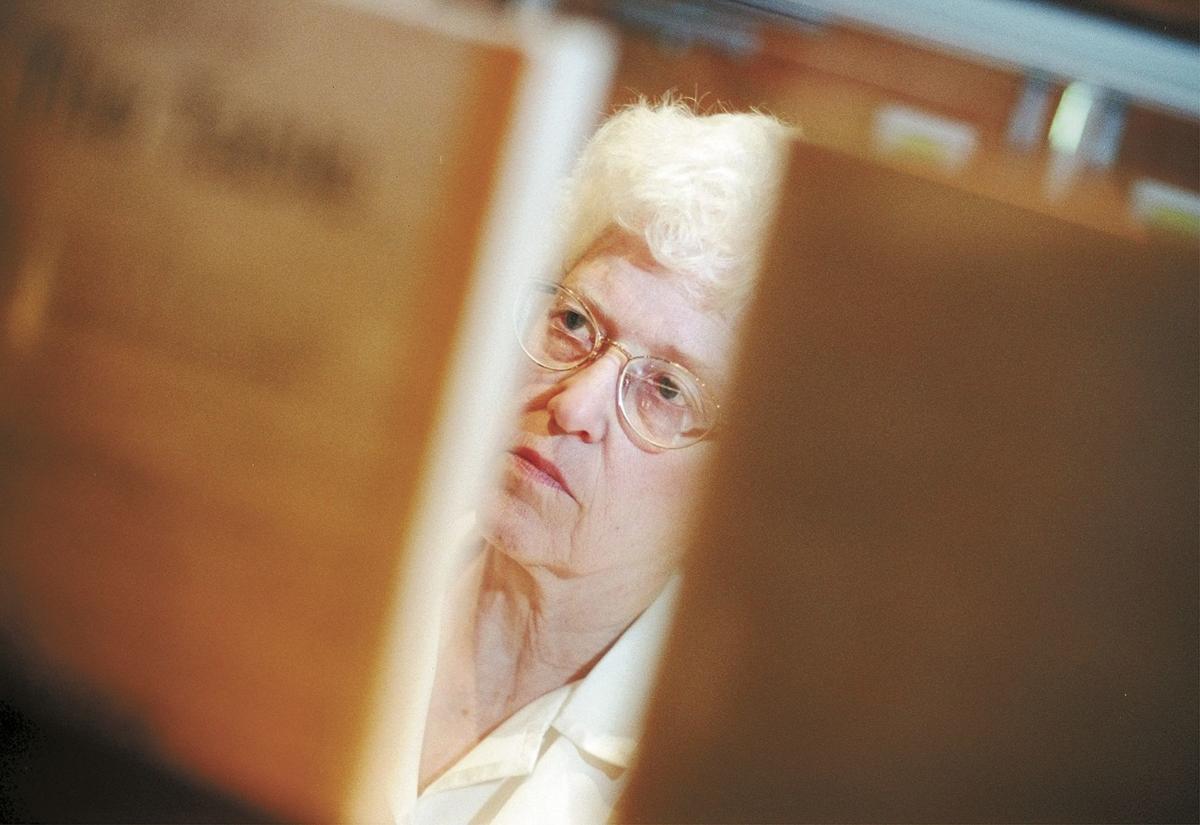 Shown in 2000, Marilla Haas' sight-reading ability has made her a popular accompanist. 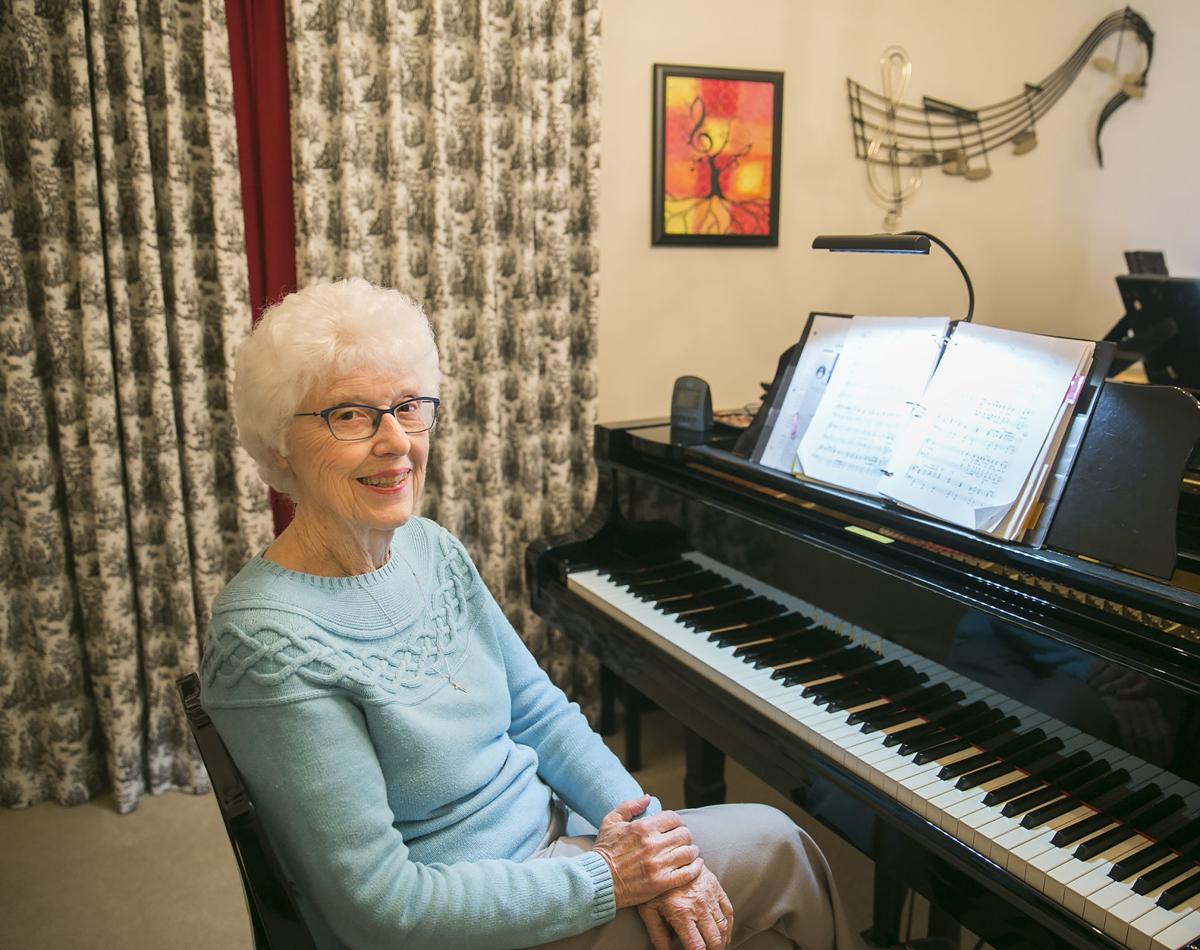 Shown in 2000, Marilla Haas' sight-reading ability has made her a popular accompanist.

Marilla Haas can’t imagine why anyone would want to write a story about her, even if she has spent 62 years making music with church choirs, choral groups and student singers throughout the Fredericksburg area.

“I don’t like to be front and center, at all,” Haas said, smiling even as she emphasized a disdain for the spotlight. “Just leave me in my little corner with a keyboard and someone to accompany.”

Those who’ve performed with Haas sing a different tune about the pianist who seemingly doesn’t miss a beat, even as she approaches her 82nd birthday.

“People in the music realm are in awe of her, especially singers who think she walks on water,” said Linda Long Williams, a church organist, choirmaster and founding director of Voices of the Pops for the Rappahannock Pops Orchestra. “She is the most musically sensitive accompanist that I’ve ever worked with ... and I think she walks on water, too.”

Any well-trained pianist can play the notes, Williams said, but Haas has the ability to touch an audience through her interpretation of those notes.

“It’s one of her wonderful gifts to the people of Fredericksburg,” Williams said.

Gene Willis, a counseling pastor at Spotswood Baptist Church, called her the “consummate professional” who “does what she does as an offering to her king, Jesus.”

Haas was 19 and a sophomore at Mary Washington College when Spotswood’s pastor and music director came to the school looking for a pianist. Haas took the post in 1957, attained her music degree at Mary Washington and got a master’s in music education from Virginia Commonwealth University.

During her full-time schooling and throughout the decades that followed, she accompanied choirs on the organ and grand piano. When those instruments were replaced by a digital keyboard, Haas mastered it, too, even though it’s not her first choice. Its weighted keys are supposed to recreate the feel of an acoustic piano, but Haas says it can’t come close to producing the same overtones.

When she practices music for the church or various community groups she accompanies, Haas sits down at the same piano that once graced Spotswood—she bought the baby grand from the church—and lets the fullness of the tones reverberate throughout her villa home in a Spotsylvania County retirement community.

If she were playing just for herself, she’d stick to the works of great classical composers such as Schumann, Chopin and Bach. But her accompaniment with community groups ranging from the Rappahannock Choral Society to Mandy Carr’s The Voices and from selections for Courthouse Road Elementary School students to those for the Fredericksburg Senior Singers requires her to master quite a range.

She might play “Let Me Call You Sweetheart,” written in 1910, or songs from Elvis and John Denver. Sometimes, she’s focuses on show tunes from “The Music Man” or the operetta “Candide.” For a recent concert called “The Faces of God,” members of the Director’s Consort, a group of musicians with “particular merit in this area,” interpreted writings, poems and songs from as far back as 1,400 years before Christ, according to the program.

They performed the music as prayers, which is totally different “than starting a steady beat and going through,” Williams said. Haas was the only accompanist Williams considered for the complex arrangements.

“She has this gift to step into new territory,” Williams said.

When Haas agreed to be the accompanist for the newly formed Rappahannock Choral Society in 2010, “the chorus led out a huge cheer,” said Linda Monner, conductor.

“Marilla is tops,” she added. “Because we were a startup organization, Marilla donated her salary in order to help us purchase music and equipment.”

One of the reasons the choral group was able to make such progress with its sound, Monner said, was because Haas would record specific parts for each singer so members could practice on their own.

Chuck Bollmann has seen Haas in action with four different groups in which he’s participated as a singer and said she’s everything a director could hope for with her precision playing and sensitive anticipation of what’s next.

“Many times, when other things may begin to go awry,” he said, “it is Marilla’s poise and strengthening accompaniment that is really holding things together.”

Haas shows no signs of slowing down musically even though a nerve-related issue in 2000 caused paralysis in her left hand for more than a year. She learned to compensate with the right hand until some strength returned.

“I don’t have the dexterity I once had, but I’m able to compensate,” she said, adding that regular appointments with a chiropractor keep her going.

Haas has retired from some work endeavors. She doesn’t teach private lessons anymore, and she stopped being an adjunct music professor at the University of Mary Washington in 2008. Likewise, she retired from her full-time job as a supervisor in the real estate department for the Fredericksburg commissioner of the revenue in 2016.

She enjoys traveling and spending time with her three sons and six grandchildren. She likes to tell people that age is relative.

“My philosophy is: How old would you be if you didn’t know when you were born?” she asked. “It’s how you feel, and I don’t feel 81—until I look in the mirror.”