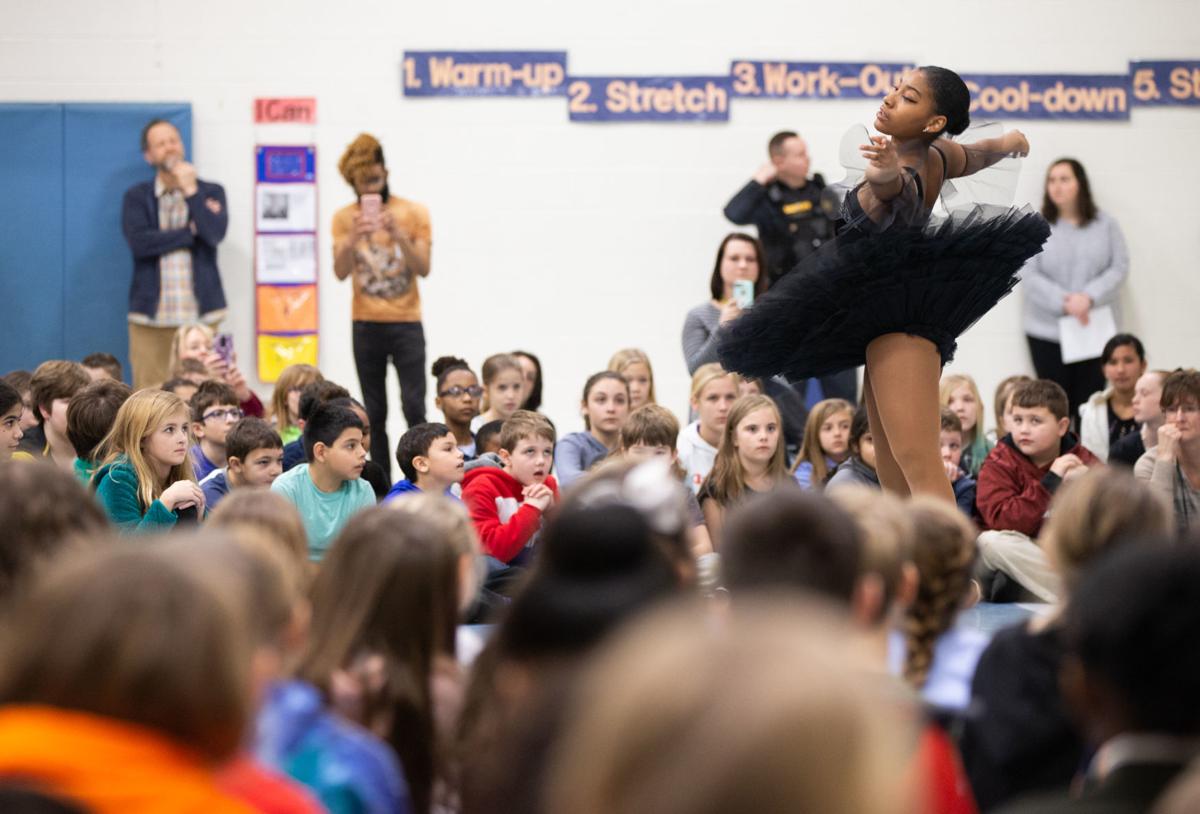 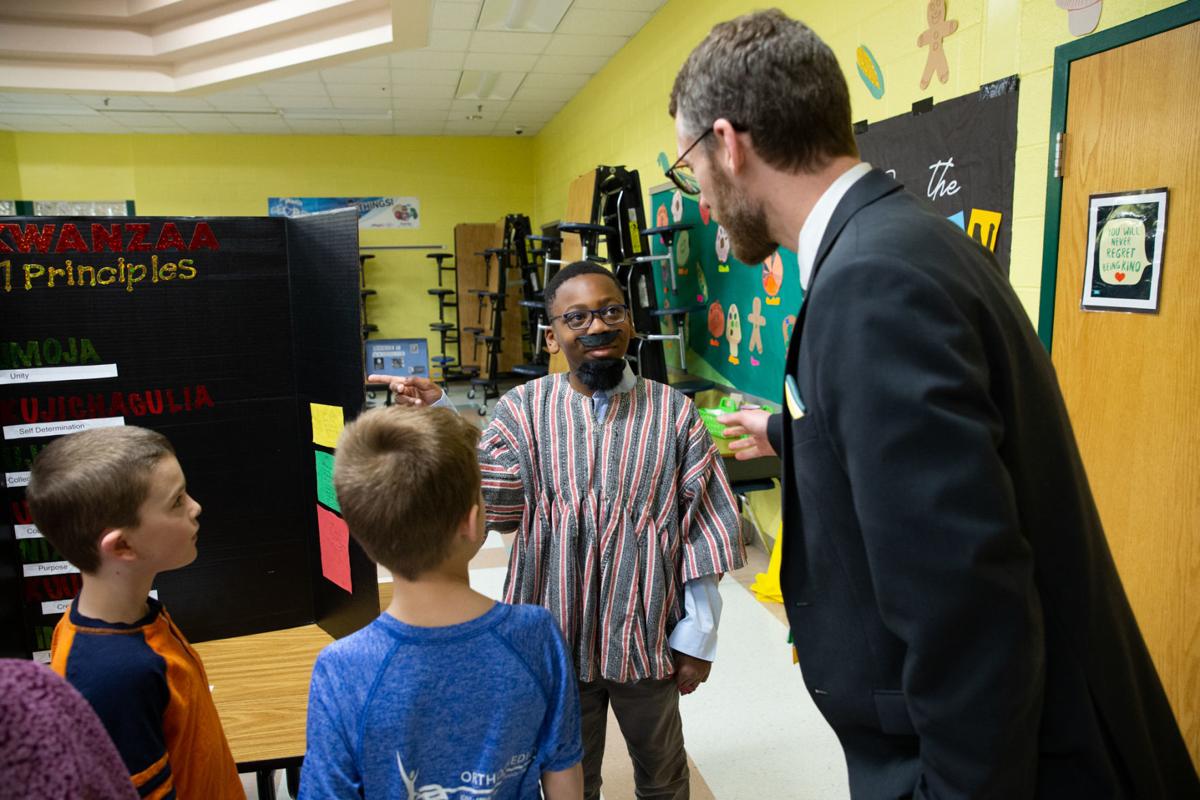 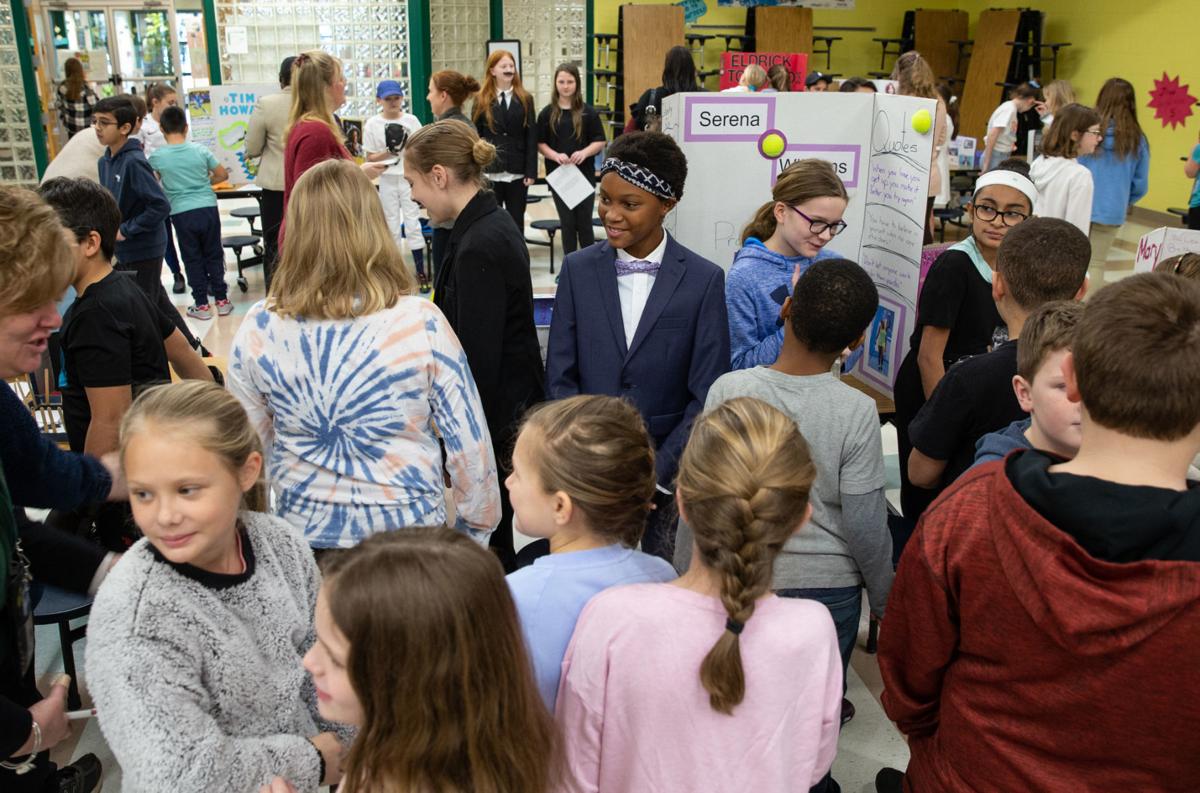 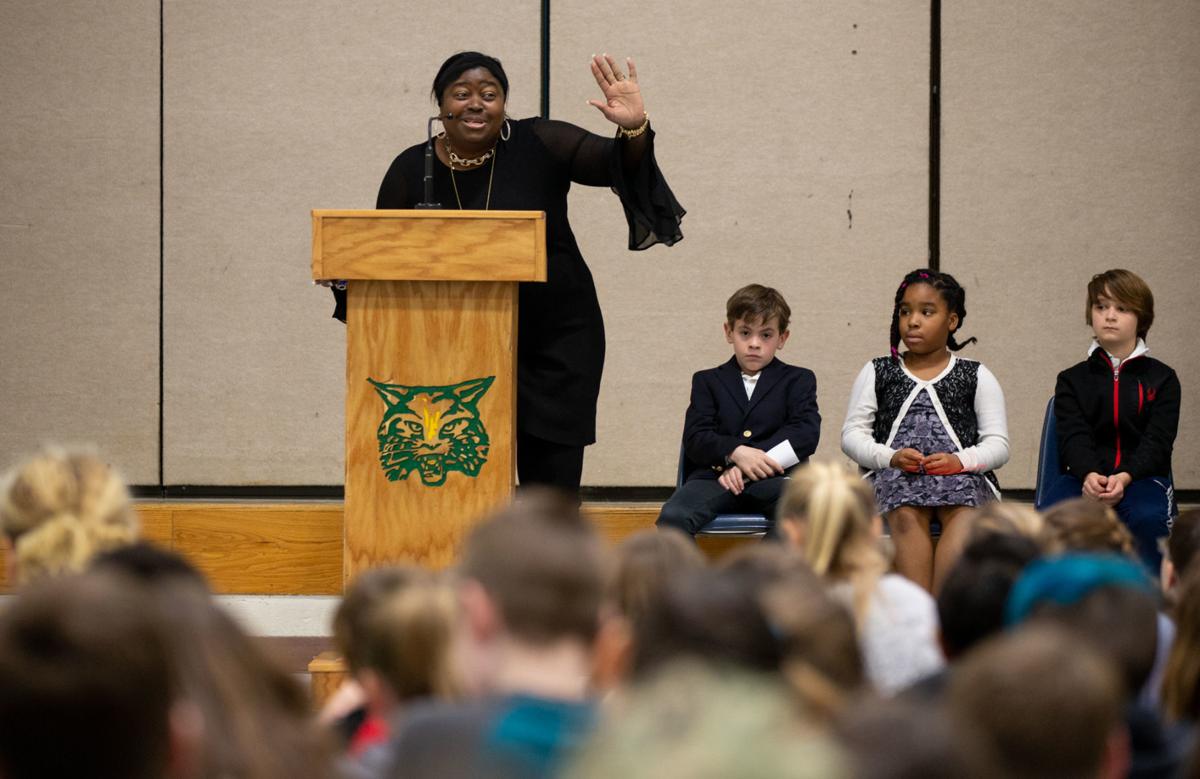 At the “Blacks in Wax” museum held Thursday in the cafeteria at Brock Road Elementary in Spotsylvania County, students and visitors could interact with some well-known figures in African American history, such as Barack Obama, Jackie Robinson and Langston Hughes.

They also got a chance to meet lesser-known figures, such as Arna Bontemps, a poet, novelist and member of the Harlem Renaissance; James Weldon Johnson, who wrote the lyrics to “Lift Ev’ry Voice and Sing,” which was known as “the Negro National Anthem;” and Roy Wilkins, who led the NAACP from 1964 to 1977.

“I like that he fought for fair treatment,” said Ava Thomas, explaining why she chose to study Wilkins.

Ella Rhyne said she chose Bontemps because she was impressed by the level of education he was able to achieve despite coming from a working-class family and living in a segregated society.

“He got his Ph.D., and he sounds very intelligent,” she said.

Fifth-graders chose these figures to study and impersonate as part of Brock Road’s first-ever school-wide celebration of Black History Month—which is believed to be the first elementary school-level celebration of the month in the whole county, organizer Megan Brooks said.

Brooks, who teaches a self-contained autism class at Brock Road, said she grew up in the Lee Hill area of Spotsylvania and doesn’t recall diversity being celebrated.

Last year, as part of a committee seeking to strengthen the school’s relationship and engagement with the community, she suggested a Black History Month Celebration as a way to “tell the history of our students.”

“This has never been done before on an elementary level,” Brooks said. “You have to start teaching this history when kids are young.”

Brock Road Principal Shonda Collins–Richey said that in previous years, Black History Month was observed on “a teacher-by-teacher basis” and acknowledged during morning announcements each day in February. The school-wide celebration this year “really engages the students more,” Collins–Richey said.

In addition to the fifth-grade wax museum project, each classroom from kindergarten through fourth grade chose a separate figure to study and report on. The results of their studies are displayed in the hallways outside the classrooms.

One kindergarten classroom studied Ruby Bridges, who was about their age when she became the first black child to desegregate the all-white William Frantz Elementary School in Louisiana in 1960.

The 6-year-old was escorted to school every day by U.S. marshals to protect her from the angry mob protesting her attendance.

A second-grade classroom chose to study Garrett Morgan, a businessman and inventor who in 1922 filed a patent for the three-position traffic signal.

Another second-grade classroom studied Henry Box Brown, a Virginia slave who escaped to freedom in 1849 at age 33 by arranging to have himself mailed in a wooden crate to abolitionists in Philadelphia.

Collins–Richey said the students were excited to find out whether they’d get to “meet” the person they’d studied in the fifth-graders’ wax museum.

“All of you are wonderfully and beautifully made,” she told the students. “We’re all the same.”

Following the program, Frazier said, “It touches my heart to see the students so excited to be given this opportunity [to celebrate Black History Month]. It takes small opportunities like this to teach our children to appreciate the accomplishments of everyone who came before.”