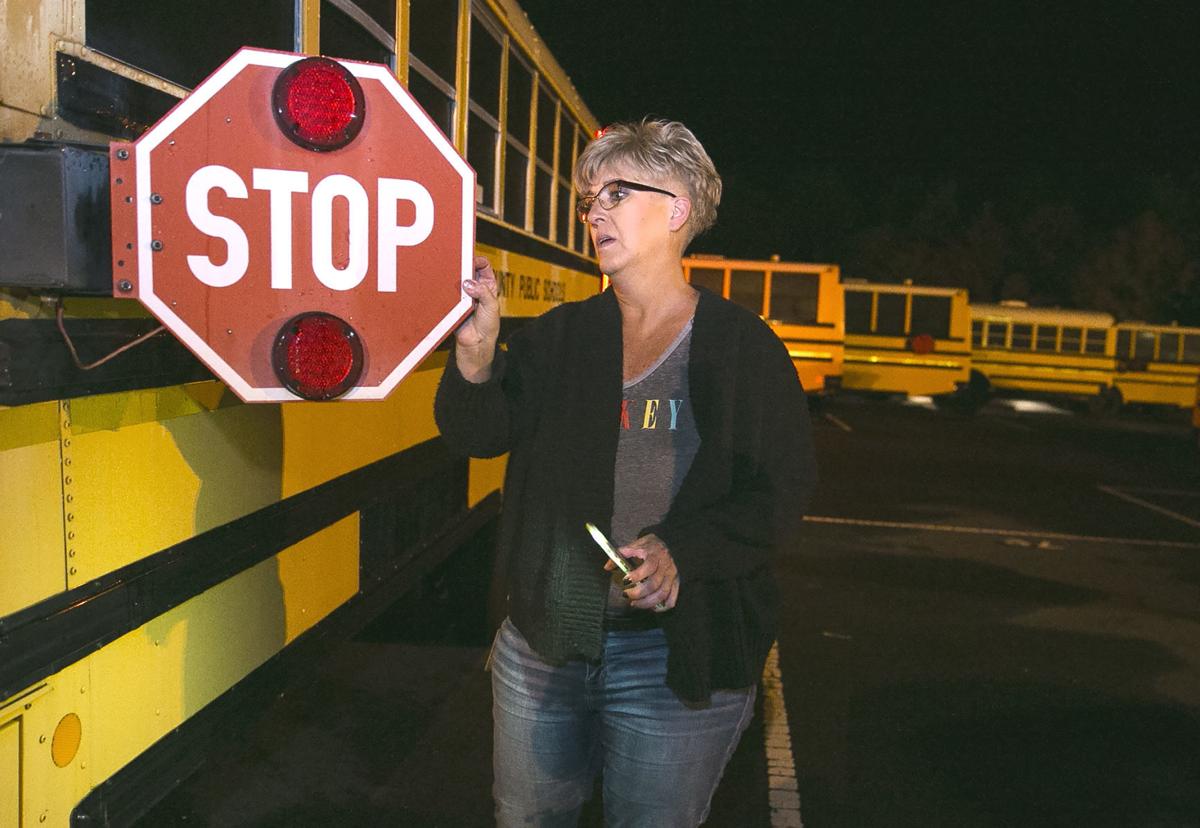 Stafford bus driver Darlene Sullivan performs her morning inspection prior to picking up students. Every driver in the county will see a salary increase. 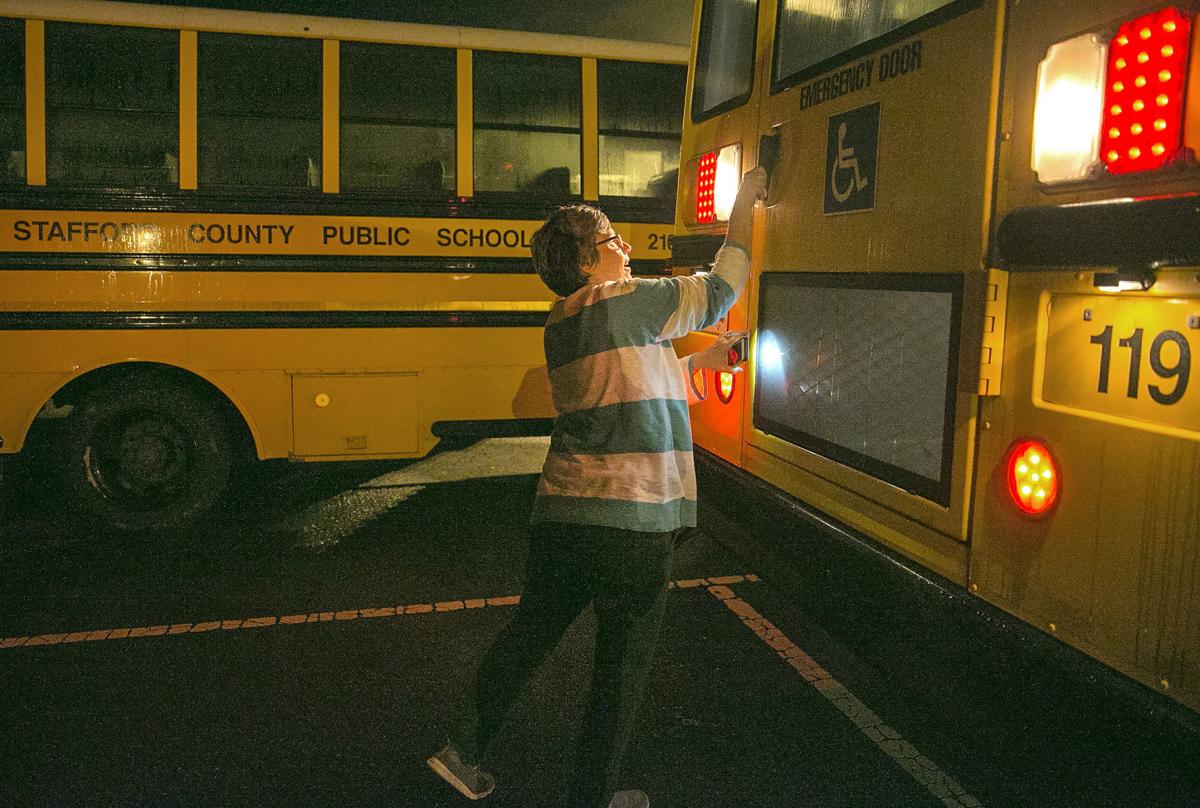 Stafford County school bus driver Carol Murphy secures the rear door of her vehicle before embarking on Wednesday morning’s run. The School Board approved a new salary scale, as well as retroactive raises, for drivers and attendants. 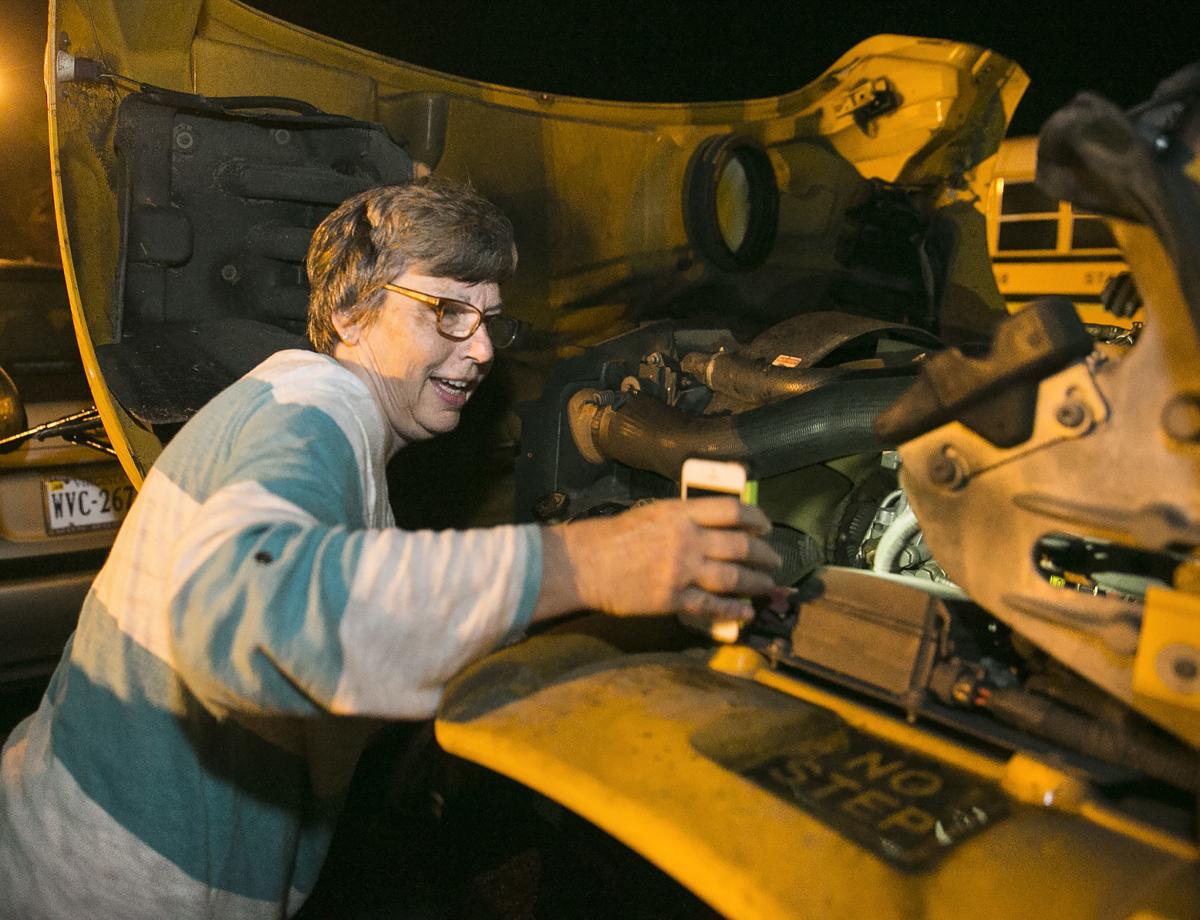 Carol Murphy uses her cellphone to illuminate the motor of her bus during morning inspection. 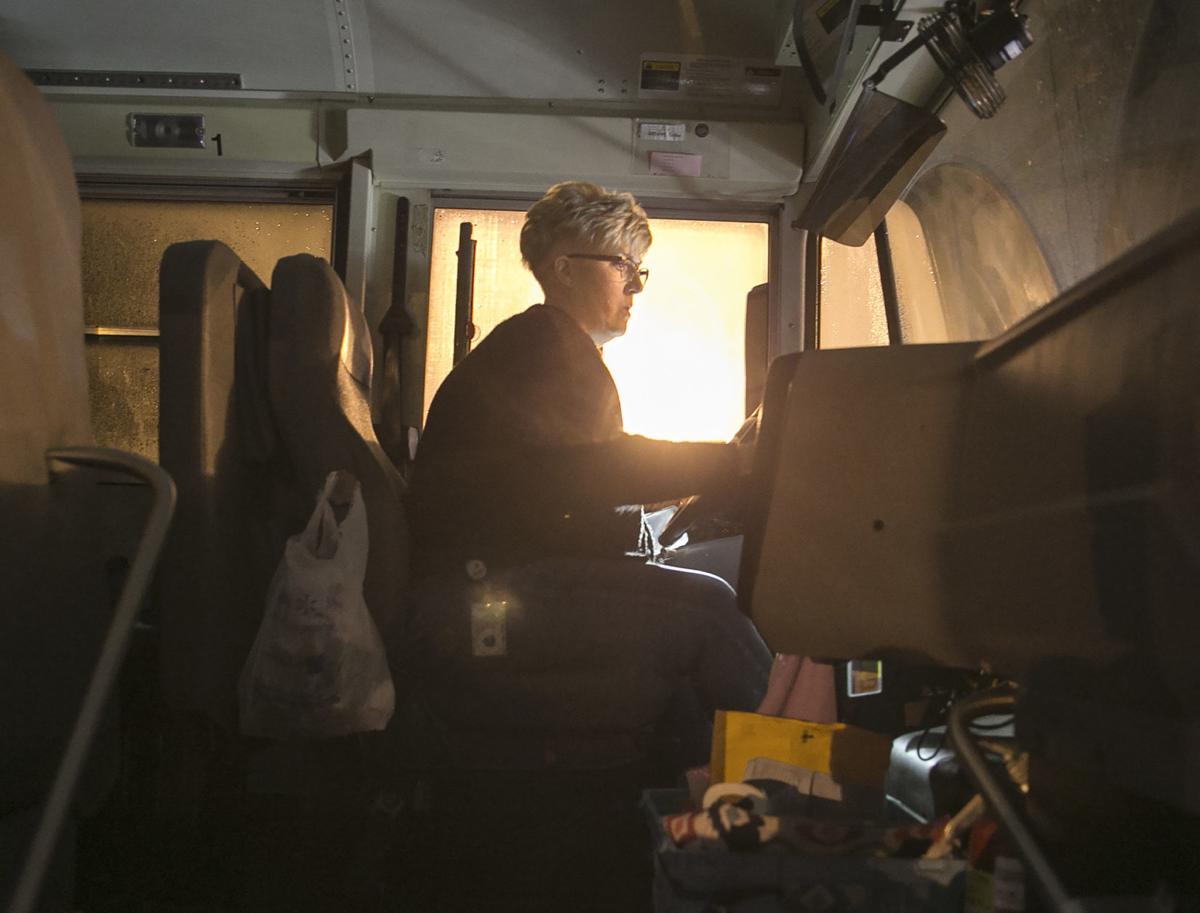 Stafford bus driver Darlene Sullivan performs her morning inspection prior to picking up students. Every driver in the county will see a salary increase.

Stafford County school bus driver Carol Murphy secures the rear door of her vehicle before embarking on Wednesday morning’s run. The School Board approved a new salary scale, as well as retroactive raises, for drivers and attendants.

Carol Murphy uses her cellphone to illuminate the motor of her bus during morning inspection.

The board voted unanimously to adjust the hourly pay rates for drivers and attendants to address retention and recruitment issues.

The total cost of the raises for a full contract year—183 days—is $881,787. The money will come from “salary lapse” from the 49 unfilled licensed staff and teaching positions within the division.

According to the agenda for the board’s meeting, school division staff analyzed salaries for bus drivers and attendants and discovered salary compression through the 15th year of service. Pay raises granted to new bus drivers in previous years left new hires making only a few dollars less than veteran drivers of 15 years.

Hourly pay for new drivers with no experience will rise 10 percent from $15.76 to $17.34, exceeding starting driver pay in Spotsylvania and Fauquier counties, which Stafford previously lagged behind.

Drivers with between six and 11 years of experience will receive the biggest salary bump, with raises between 10 percent and 12 percent.

“This new pay scale will help with recruitment and make us more competitive [for new drivers], but more importantly, this makes us competitive at the five-, 10- and 20-year levels to attract experienced drivers to stay in Stafford where they live,” Terry Potter, a bus driver in her 24th year, said during public comments at Tuesday’s meeting.

Stafford’s bus drivers, supported by the Stafford Education Association, have mobilized over the past month to advocate for increased pay and better working conditions.

After a September meeting with bus drivers, Superintendent Scott Kizner formed a committee made up of drivers, school principals and representatives from the finance, transportation and human resources departments to address some of the issues raised.

In addition to requesting higher pay, drivers have expressed frustration with student behavior on buses.

At Tuesday’s meeting, board Chairwoman Patricia Healy apologized to the drivers for the raise being so long in coming, acknowledging that drivers have asked for raises in many previous budget discussions. She also said the board will continue to look for ways to support drivers.

“I’m sorry it took so long,” Healy said. “This discipline [issue] really concerns me—that there are issues on the bus that are not being acknowledged at the school level. We can have the best pay in the region, but if it is miserable experience to drive that bus, people are not going to stay.”

She asked Kizner for a report at the board’s next meeting on how the division plans to address school bus discipline.

Board members encouraged the community to provide similar support for a fully funded school division budget next year.

Vice Chairwoman and Falmouth District representative Sarah Chase said funding the raises means there will be less carryover money next year to use for unforeseen renovation or building projects.

“This is not free money or money we created,” she said. “We are making a decision to have less money for something else later. I don’t want people to think there was some magic money somewhere.”

Kizner said “a handful” of bus drivers are going through training and some other drivers will return to work soon from medical leave, which he said will hopefully alleviate some of the need for drivers to make double runs.

He also said the division plans to hire a consultant to study bus routes.

“That will be a big part of the longer-term solution,” he said.