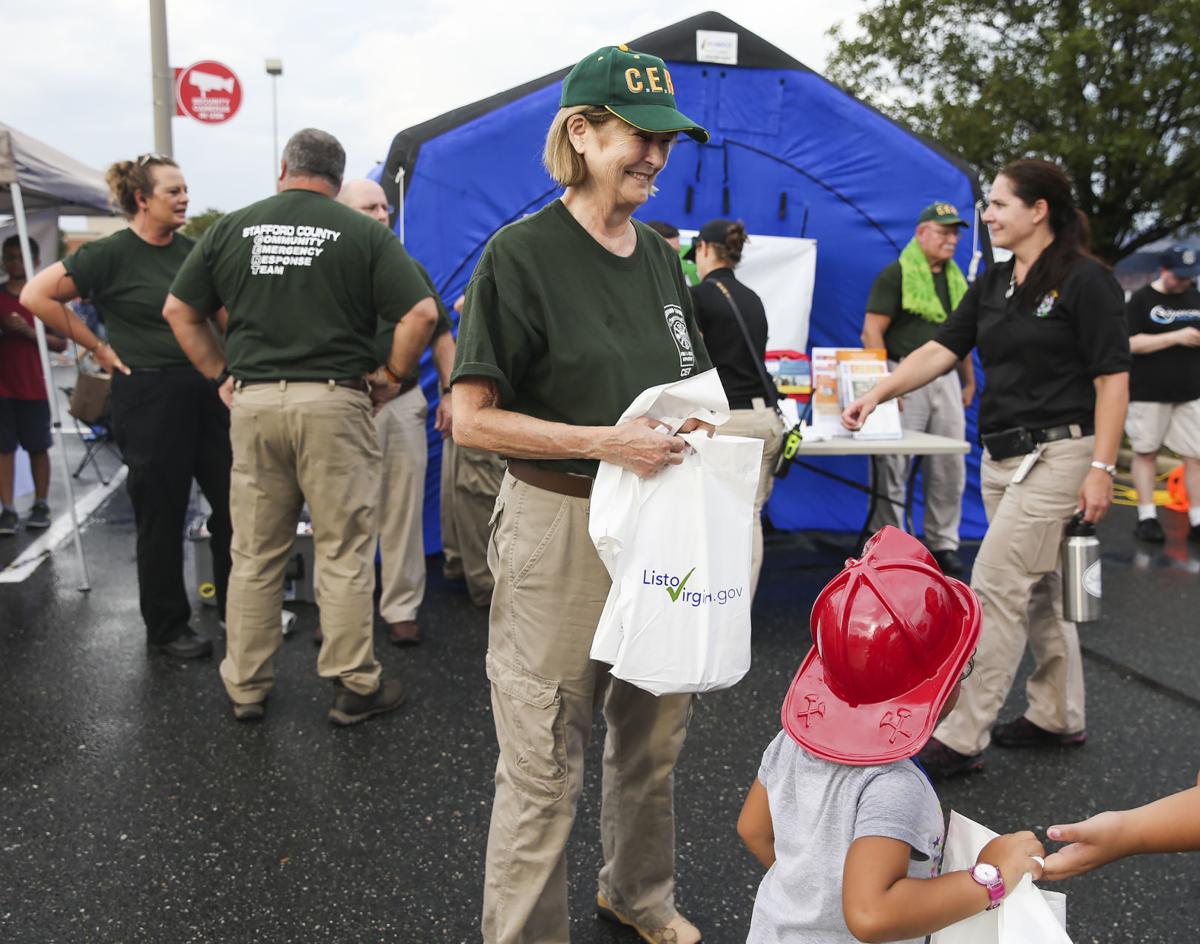 Stafford’s CERT team does public outreach, but the volunteers’ main job is to provide support for emergency responders. 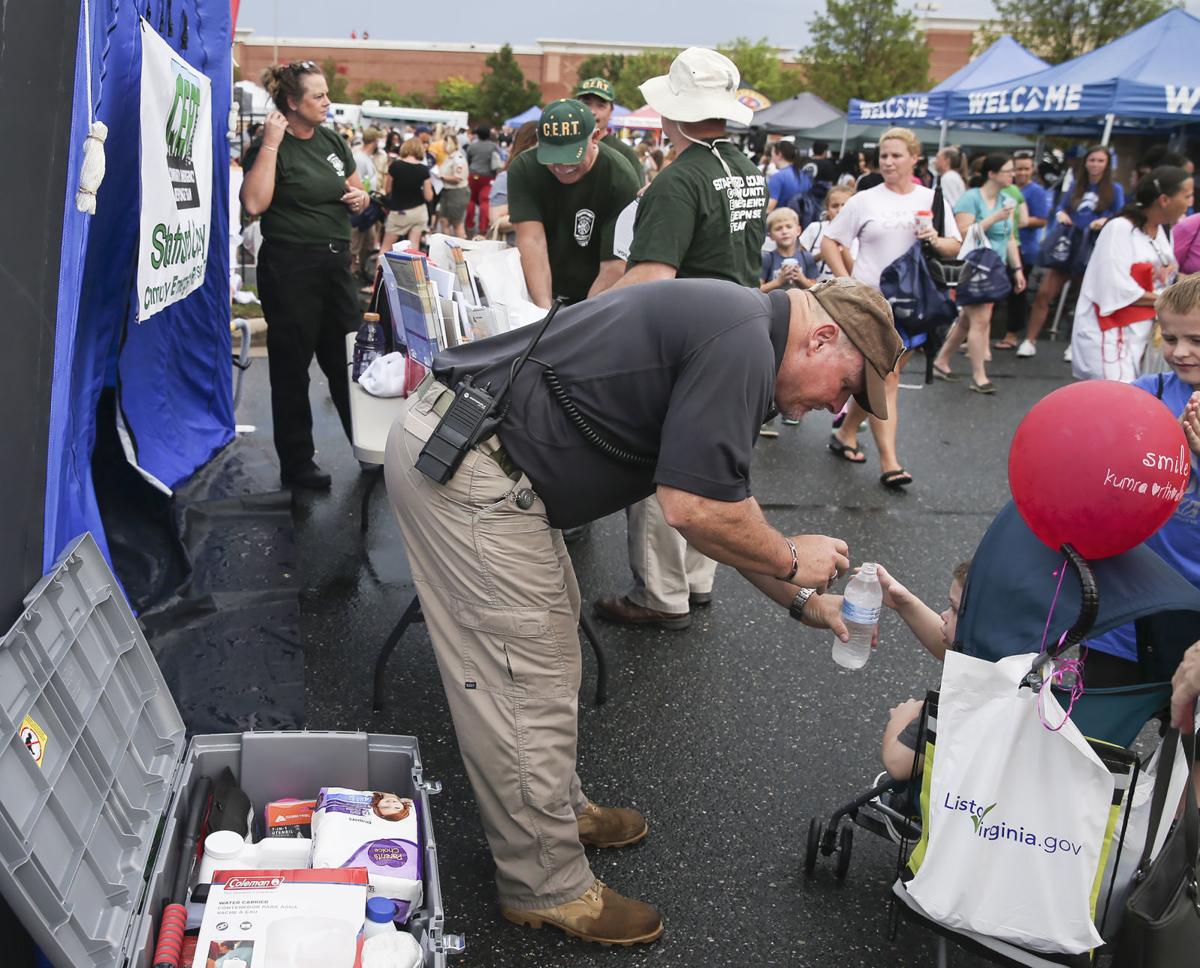 Stafford’s CERT team does public outreach, but the volunteers’ main job is to provide support for emergency responders.

In the aftermath of epic disasters such as the terrorist attacks of 9/11 and Hurricane Katrina in 2005, localities across the nation began to recognize a need for developing broader emergency response plans that would include community volunteers.

“During emergencies, we appreciate volunteers and need them, but they were finding a huge influx of random volunteers who wanted to help but didn’t know how to respond safely and efficiently,” said Katie Carter, a Stafford County emergency management planner.

The Federal Emergency Management Agency, in coordination with state and local emergency management professionals across the country, expanded and improved a program started in 1993—the Community Emergency Response Team, or CERT.

“FEMA provides the same training modules for CERT nationwide, using the same terminology, teaching the same skills and abilities and the national incident management structure,” Carter said. “This helps everything run more smoothly during a disaster.”

Traffic Safety, additional first aid and CPR training is provided by the county free of charge. A background check is conducted on each team member, and monthly meetings provide training on emergency needs specific to the county.

During the Rappahannock River flooding on June 23—the worst in more than two decades—Stafford County’s CERT team was deployed.

“A subdivision of 60 homes and also a nursing home was isolated by the flooding,” said Stafford emergency management division chief Virgil Gray. “We positioned a fire engine and some paramedics on the far side of the affected area and brought in CERT members and myself with a Marines support unit to ford the water obstacle.”

A welfare check was then conducted on everybody inside.

“It was basically public outreach and incident prevention—letting people know that all the routes out were flooded and unsafe to cross, but that we had resources available if any support was needed,” said Jessie Harvey, Stafford’s CERT team leader, who was among those who provided assistance.

Gray said Stafford’s CERT program, which started in 2013, is among the best in the nation. About 40 community volunteers have been certified through the FEMA training and attend monthly county training meetings.

“I incorporate the CERT team in everything we do,” Gray said. “We plan and train for them to participate in the activation of our emergency center—planning, operations, situational units, damage assessment, traffic control and safety—and they’re also trained to self-deploy in their own subdivisions in the event of an emergency.”

Gray served 25 years as an infantry officer in the U.S. Army, after which he worked as a deputy emergency management coordinator for the state’s Region 7, which covers Northern Virginia from Alexandria to Loudoun and Manassas to Stafford. He began leading the Stafford County emergency management team in 2015.

Stafford is the only county in the region that has a CERT program. Fredericksburg started one years ago, but it is no longer active, according to Deputy Fire Chief Mike Jones.

Culpeper County Director of Emergency Services Bill Ooten said his agency works with the local chapter of Virginia’s Voluntary Organizations Active in Disaster, or VAVOAD, which connects the county with faith-based organizations and other groups to deploy volunteers or donate needed equipment.

“It’s in the infancy stages of development,” Ooten said. “We would love to have a CERT team; we haven’t taken that path just yet.”

Gray said of the localities he covered, only Manassas, Arlington and Fairfax have CERT teams, but none of them are as active as the one in Stafford.

“It’s a commitment. The county has to see a need [for CERT] and embrace it,” Gray said. “We gladly do that because the more people who have that knowledge and training, the better the county is prepared to respond in an emergency.”

Harvey worked as a firefighter in California for seven years before moving to Stafford in 2013. She has a master’s degree in emergency management and now works for the federal government.

“I was looking for some kind of volunteer activity and I went to the county building and spoke to emergency management director Mark Stone,” Harvey said. “He said my skills and training really matched well with the CERT program, and I agreed.”

She completed the requirements and has been active ever since.

“In recent years, we’ve really branched out in meeting the vision of augmenting all the county resources,” Harvey said. “For example, in addition to the flooding assistance, this year myself and another team member were attached with a sheriff’s officer to conduct damage assessment after a wind event.”

She said CERT fills important roles in the emergency center to pave the way for county officials to worry less about logistics and focus on the jobs they are trained to do.

“We’ve become a very integral part of the National Night Out, and we’ve started teaching preparedness skills and providing a first aid station at different county events,” Harvey said. “They find a variety of ways to keep us active and involved.”

Richard Dunn III worked 29 years as a combat engineer in the U.S. Army and 14 years in the defense industry before retiring. He joined CERT after learning about it from fellow members of St. Peter’s Church, which is next to the Stafford County Public Safety Center.

“I’m kind of the link between the county and the church organization, which can operate as a disaster assistance center during an emergency,” Dunn said.

The church provides a location and volunteers during emergencies to supply assistance by coordinating with various county agencies, the state health department and the Red Cross.

“So after an incident like a tornado, victims would be put on school buses and end up at St. Peter’s,” Dunn said. “We would provide administrative and logistical tasks and medical professionals would run triage, opening the way for fire and rescue to focus on their mission instead of worrying about a command post.”

Stafford CERT participates in training exercises several times a year, sometimes organized by the county and sometimes as part of a broader effort. For example, in May, FEMA held an exercise called “Atlantic Fury,” and Stafford’s CERT team was the only one in Virginia to participate at full scale.

The exercise simulated a Category 4 hurricane and involved coordination with the Virginia National Guard, state emergency management professionals and other organizations at several locations throughout Virginia. Local operations were conducted in the Embrey Mill subdivision.

Dunn said he and other CERT team members, as well as volunteers from his church, participated in the exercise, some even playing the part of disaster survivors.

“I think we’ve demonstrated the power of networking in bringing a variety of organizations into the disaster-response process. We just need to do more of it,” Dunn said. “St. Peter’s is only one church. It would be great to get many other churches involved and serving as disaster reception centers.”

“We are aggressively recruiting new CERT members,” Gray said. “We’re blessed with all kinds of talent here in Stafford. We want to get people signed up so we’re more aware of their special skills and abilities and all the resources available to make emergency response as effective as possible.”