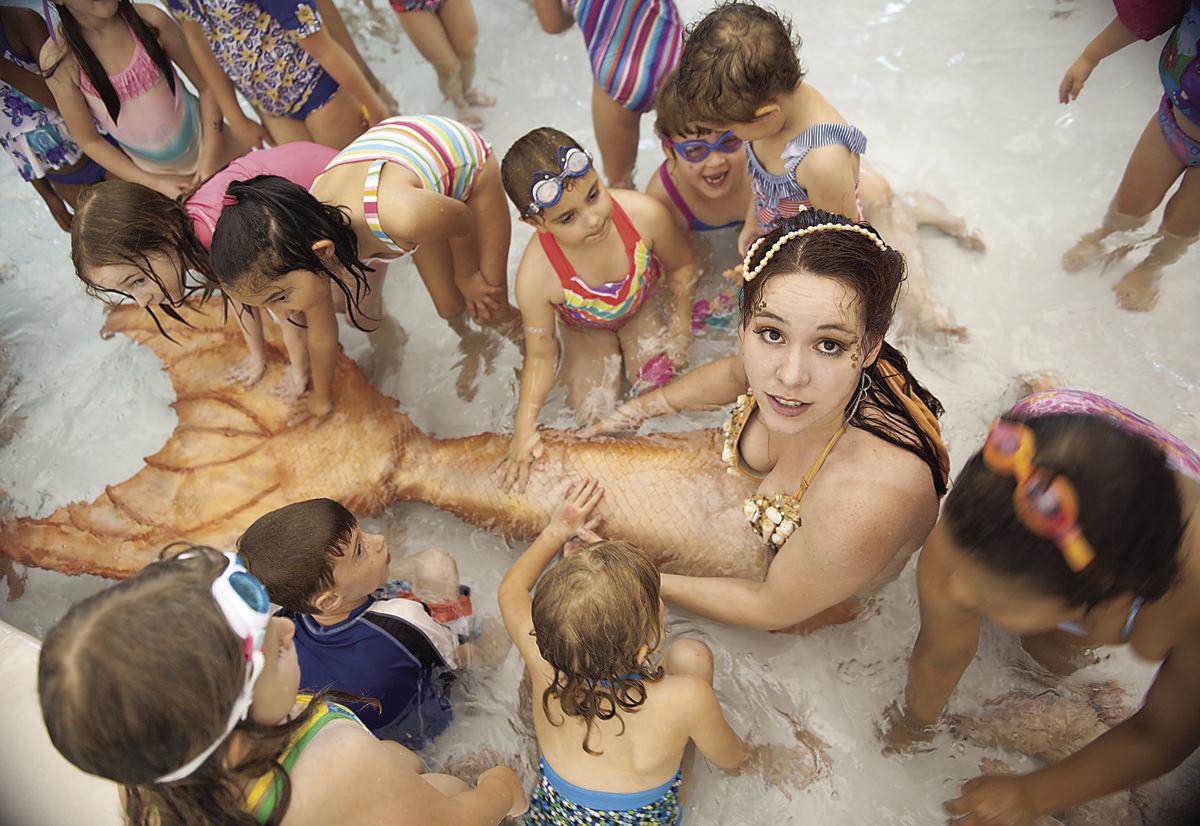 Kids gather around the mermaid, played by Morgana Alba, who showed up for the opening of the Rouse Center. 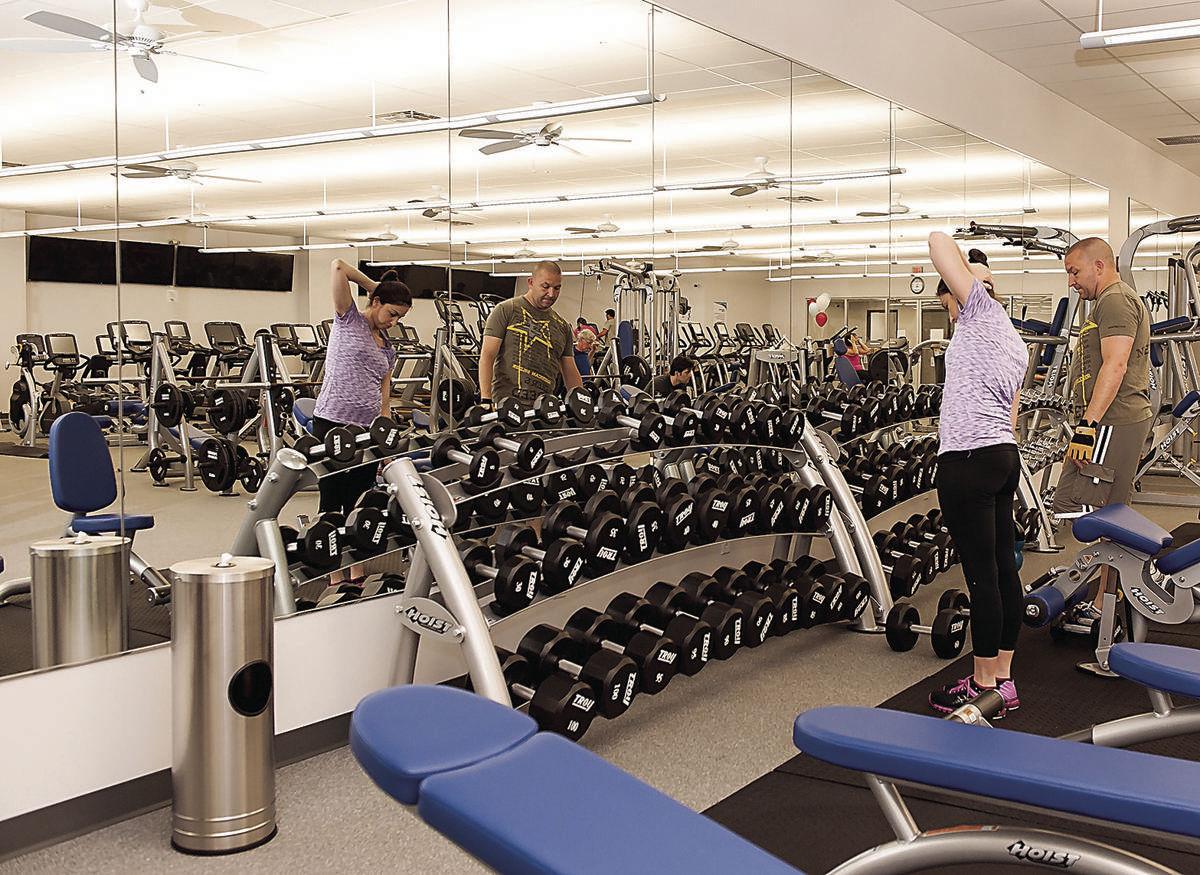 A well-equipped workout room was among the areas that visitors were able to check out at the grand opening of the Jeff Rouse Swim and Sport Center in Sunday in Stafford.

Kids gather around the mermaid, played by Morgana Alba, who showed up for the opening of the Rouse Center.

A well-equipped workout room was among the areas that visitors were able to check out at the grand opening of the Jeff Rouse Swim and Sport Center in Sunday in Stafford.

Krista Millegan made sure her three little Millegans — ages 6, 4, and 2 — wore life jackets as an added safety measure for their visit to the grand opening of the Jeff Rouse Swim and Sports Center in Stafford on Sunday.

The oldest, Elijah, splashed by, speaking so excitedly only his mother could understand.

“He said he’s wearing his life jacket!” she translated as her youngest child snuggled close, taking a break from the shallow children’s pool which features an umbrella fountain and jets of water.

While the children have been in the water before, this is the first time so close to home.

“We’ve never been to a pool in Stafford,” she said.

Jeff Rouse, the Olympic gold medalist for whom the center is named, can relate. When he was growing up in Stafford, he and a handful of other swimmers drove past the spot the center is now located on their way to Quantico, which had the only pool where they could train year-round.

Of course, since Marines trained in the pool wearing fatigues at times, the water was so discolored the swimmers couldn’t see the lines on the bottom — a problem the Olympic-sized main pool at the new center won’t have.

“I think this whole center is just a huge asset,” said Rouse, who returned to Stafford to raise his family. “It will bring folks to Stafford, showcase the area.” A major purpose of the center, Rouse and county supervisors said, is to attract regional swimming competitions.

Rouse was selected for the naming honor by the Board of Supervisors.

The $13 million, 76,000-square foot center in Embrey Mill off Courthouse Road in central Stafford holds a heated therapy pool, a group exercise room, a fitness room, a hard court gym and a grill to serve food in addition to the 50- by 25-meter main pool and 900 spectator seats. This is the eighth indoor pool of its size in the state, Rouse said.

It has been in use for about a month now in what has been a smooth opening process, according to general manager Michelle Reedy, who is with Eastern Sports Management, the private company operating most of the programs in the facility. Membership and cost information is available at the center’s website, rousecenter.com.

The center will be a source of revenue for the county, although it’s not expected to pay for itself anytime soon, Deputy County Administrator Keith Dayton said.

The county owns the building and receives revenue from the contract with the management company as well as operating some of its own fee-based programs, according to Cathy Vollbrecht, the interim director for the county’s parks and recreation department.

“It took a vision to see how valuable this would be,” Supervisors’ Chairman Bob Thomas said, giving particular credit for the center to former supervisor Ty Schieber and current supervisor Jack Cavalier.

Cavalier said he has pursued the project since 1995, when he first ran for the Board of Supervisors.

“It is an amenity for county residents,” Cavalier said. “The demand was there.”

“Everyone feels like they can come in and work out without feeling trapped,” she said from her post in the heated therapy pool.

Some people traveled longer distances or put up with crowded spaces. But she thinks the center will address the most common fitness decision many in the area made when it came to working out.

“I think a lot of people just didn’t,” she said.