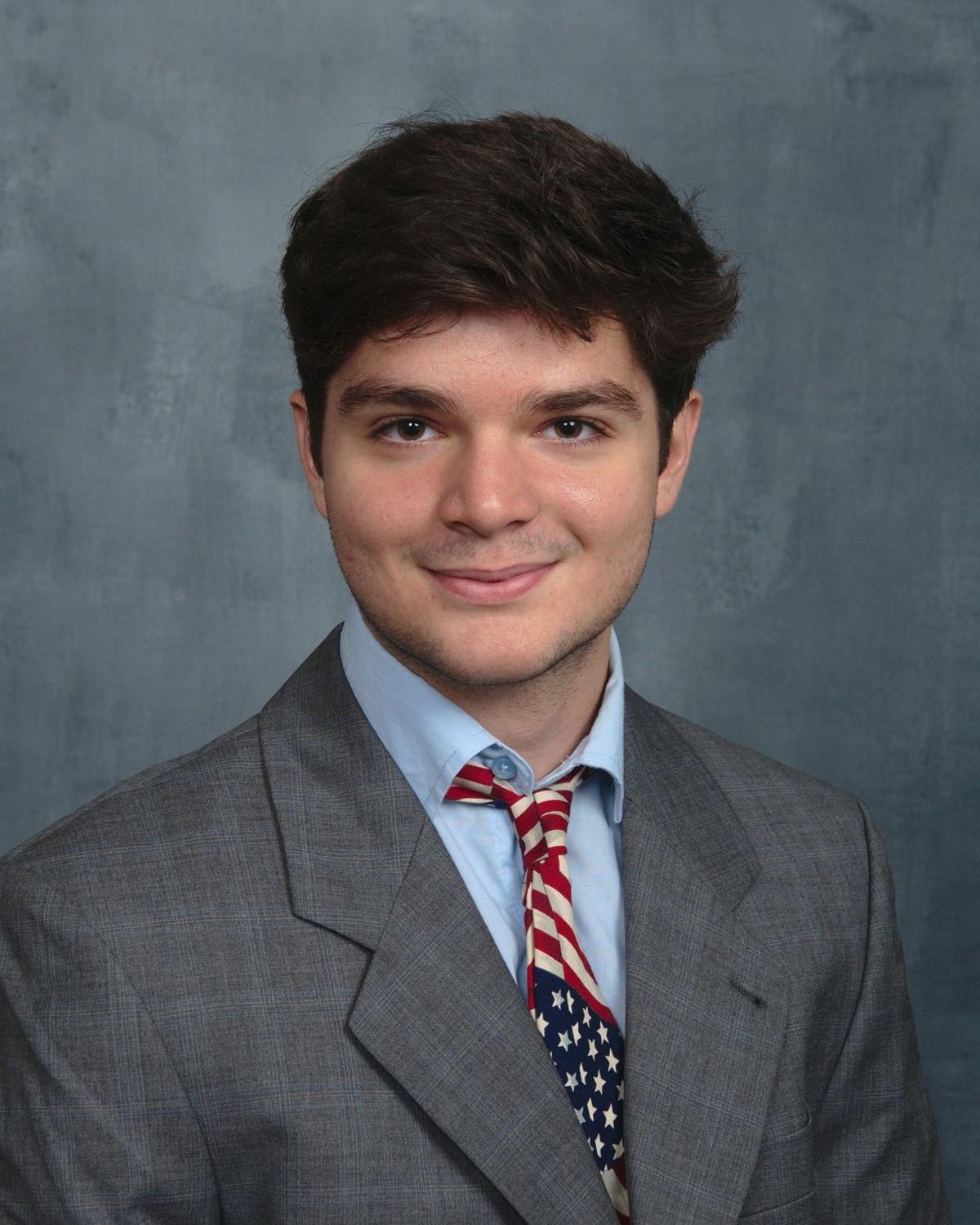 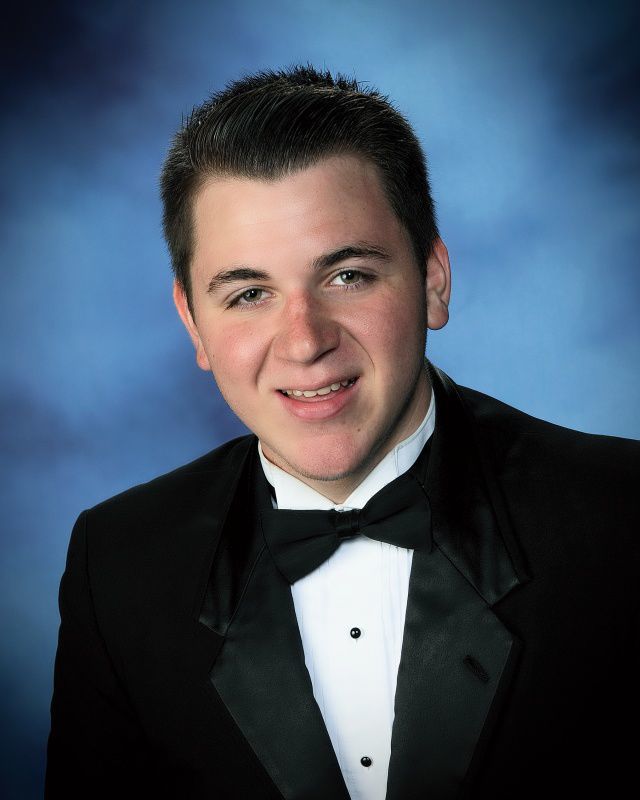 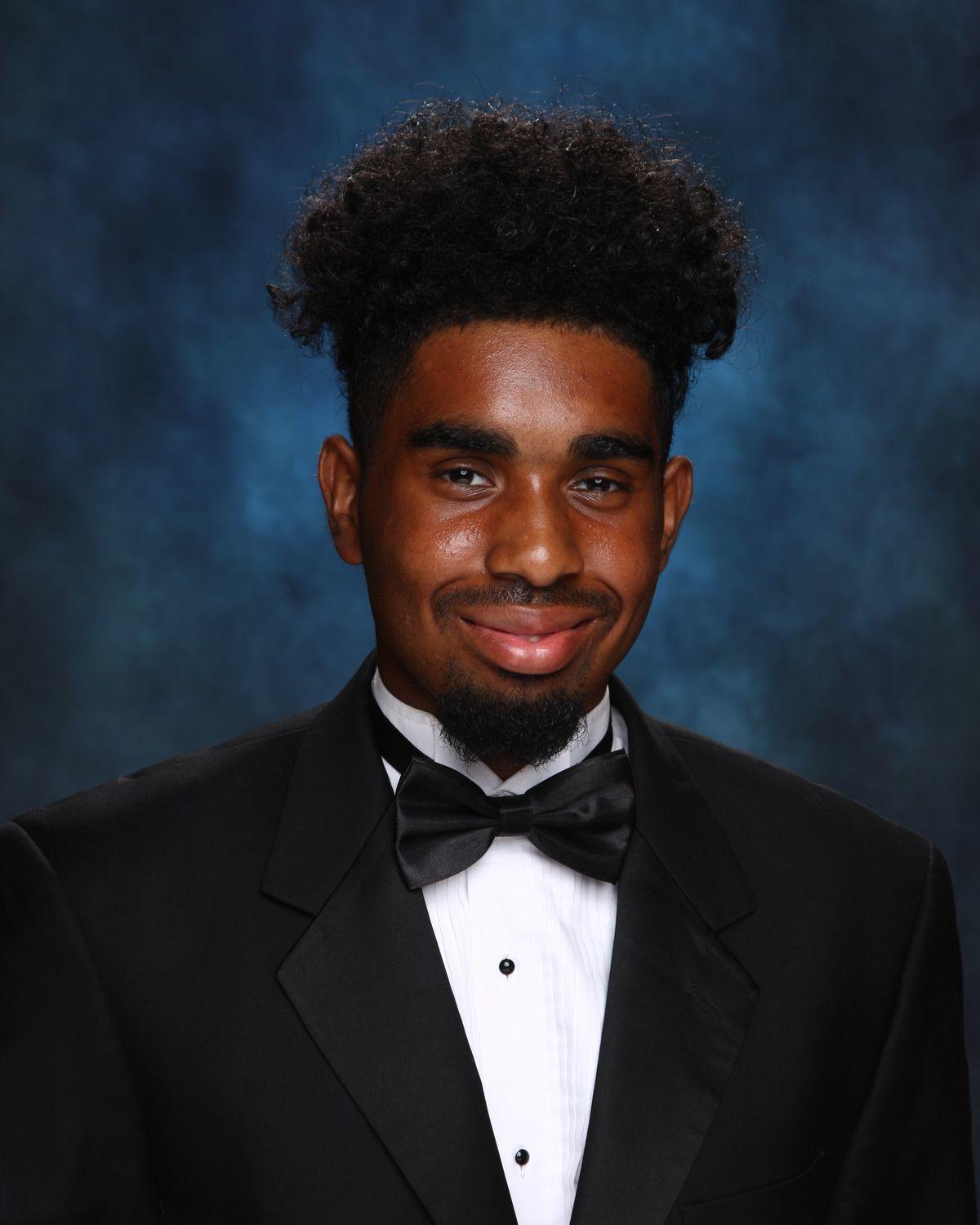 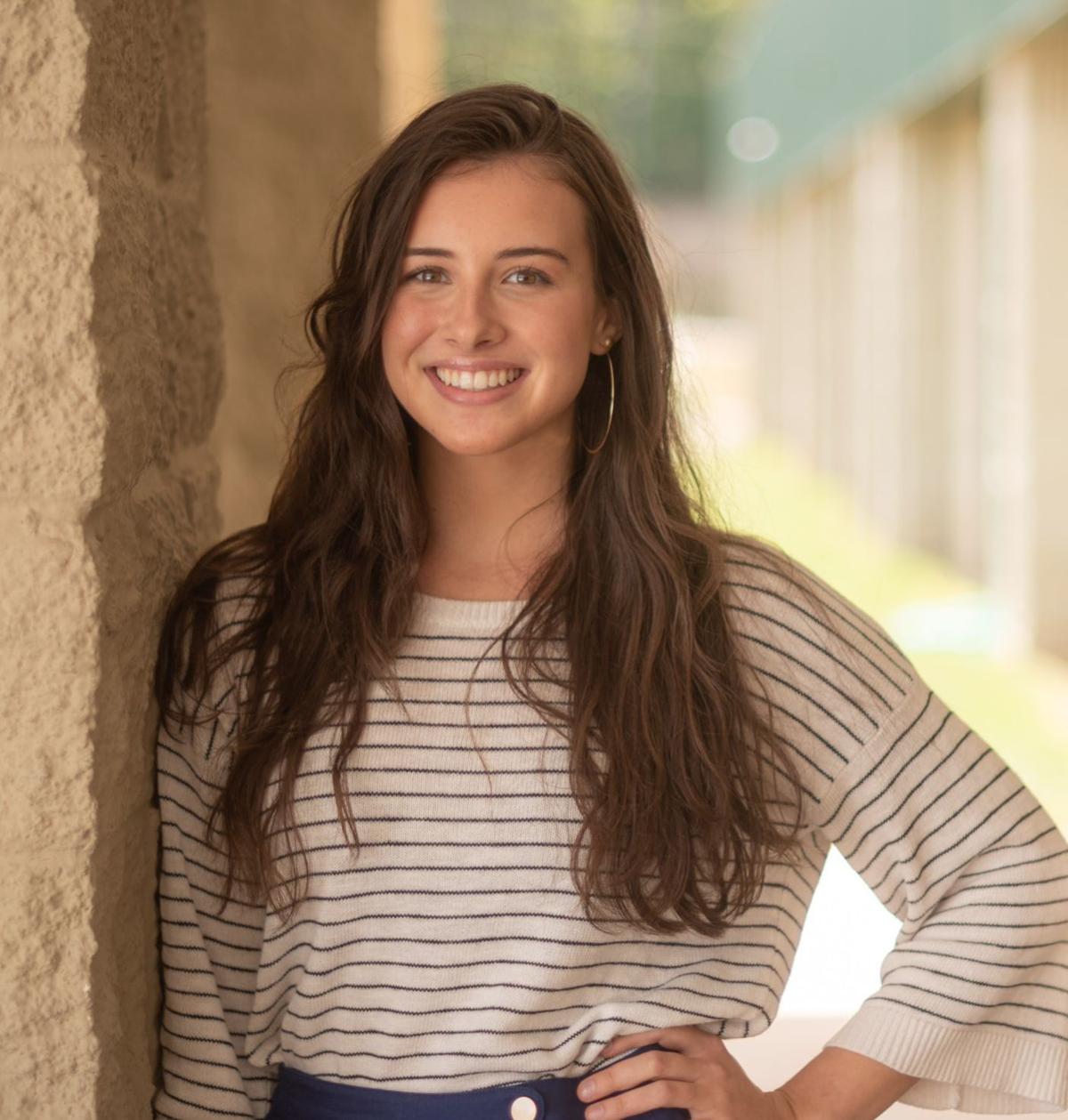 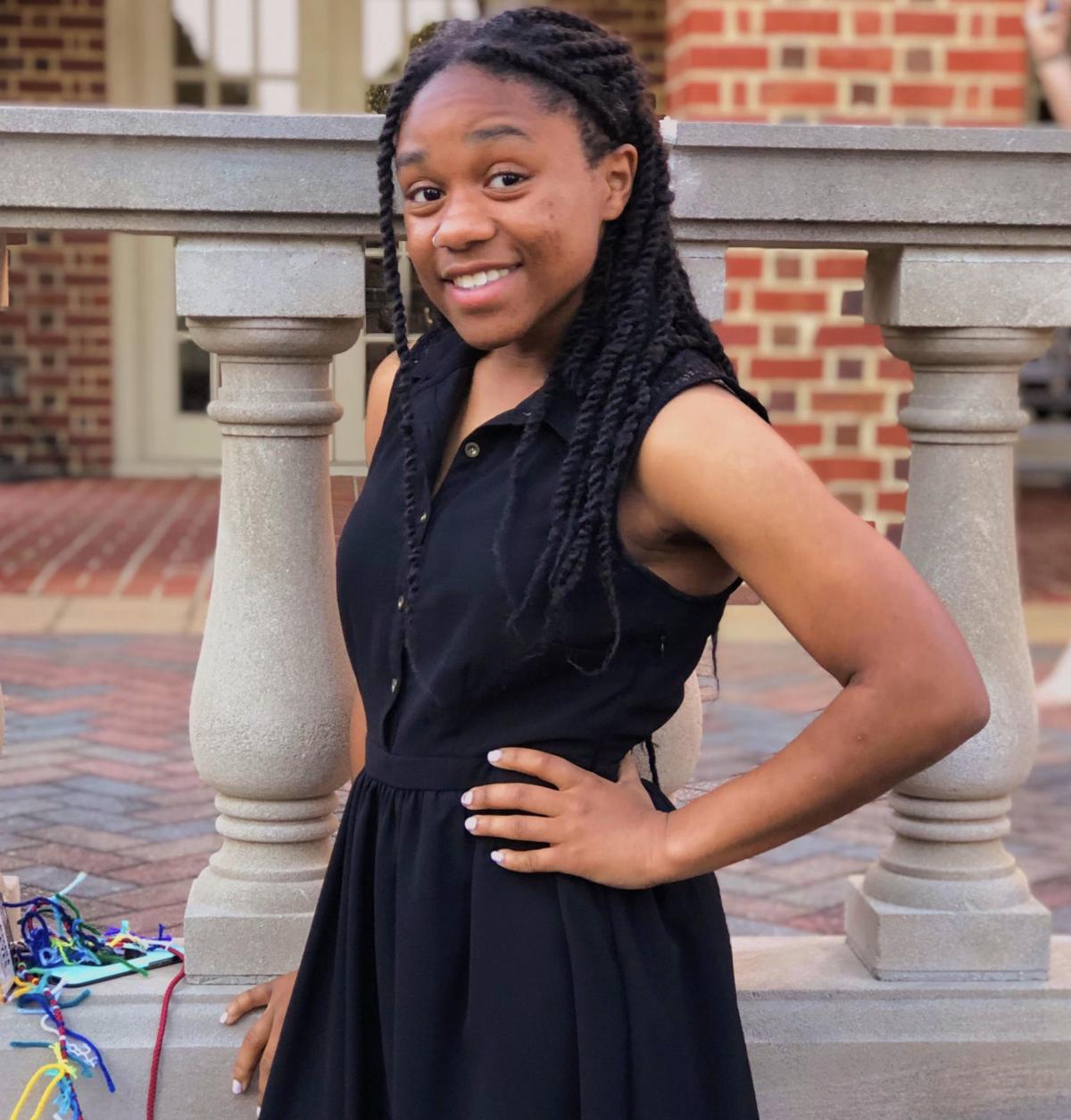 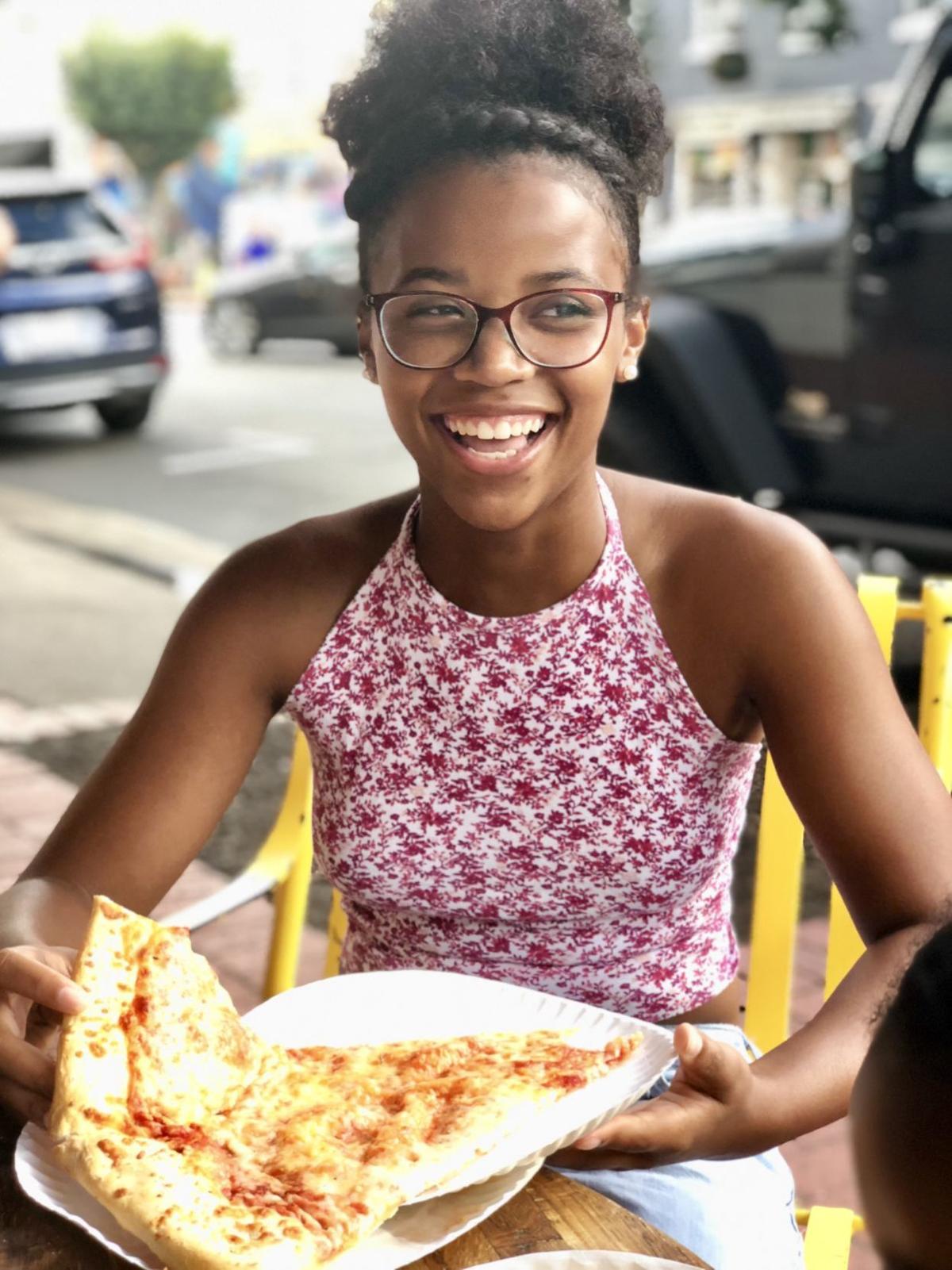 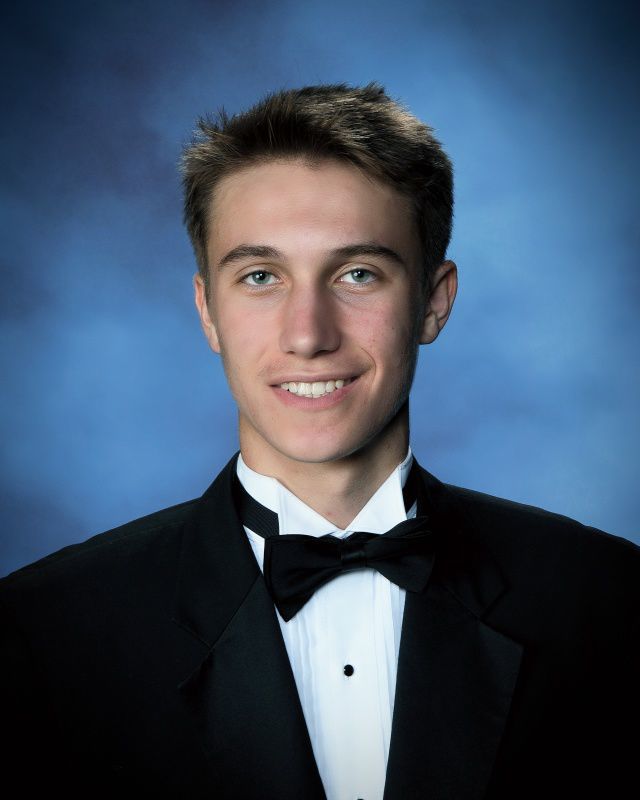 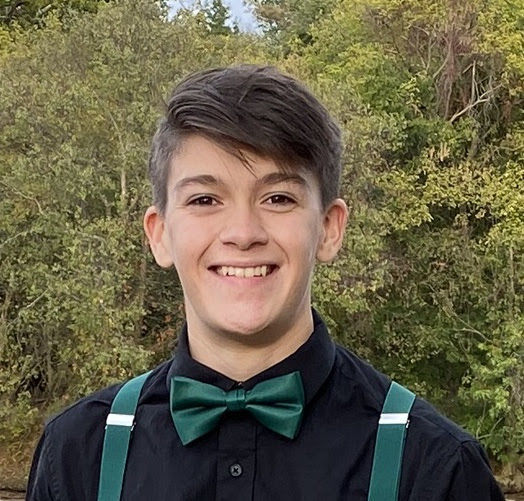 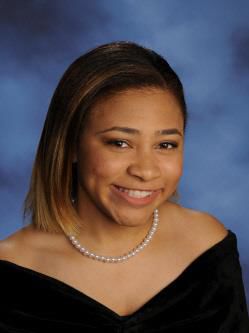 Noah Shields, the son of Denise Shields and Michael Shields, was selected as Student of the Month for January at Brooke Point High School. Noah has been a leader and editor of Inspire BP, a member of the Environmental Club and Spirit Club, and placed second at Mr. BPHS. He has earned straight A’s all four years, earning a Summa Cum Laude Award and academic letter. Noah serves his community as a volunteer at his church preschool, at river clean-ups with Friends of the Rappahannock and as a coach at the Fredericksburg Field House. Noah plans to pursue a degree in computer science and hopes to join the hostage rescue team for the FBI.

Rebecca Chung, the daughter of Stephanie Fitzgerald and Stuart Chung, is a senior at Colonial Forge High School. Rebecca is a member of Fellowship of Christian Athletes, Students Against Victim Exploitation, Environmental Club, Health Students of America, American Red Cross Club, cheerleading and choir. Rebecca is a member of National Honor Society and Math Honor Society, and she serves as president of Music Honor Society. She has received academic letters, the Eagle Athletics Award and the varsity athletic award. Rebecca serves her community through Youth Engaged in Stafford- Planning Commission, Changing Stafford’s Roads, as a Stafford Hospital Junior Volunteer and as a church youth group leader. Rebecca plans to attend Longwood University to study nursing and participate in the Honors College. After her undergraduate, she plans to attend law school to practice medical law.

Makaila Keyes, the daughter of Deeanna and Lamonte Keyes, is a senior at Courtland High School. Throughout her high school career, Makaila has participated in the cross country, winter track, spring track, and girls JV soccer programs. She has also been a member of numerous clubs, including Battle of the Books and National English Honor Society. Makaila has also served the SCA as the school spirit coordinator. Her hobbies include catching bugs, doing crossword puzzles and showing her Cougar Pride. After graduation, Makaila plans to run at the collegiate level and major in psychology.

Savannah Webb is a senior at Fredericksburg Christian High School. Savannah is president of National Honor Society and has served as historian. She has been a part of the Leadership Team for three years and currently serves as historian. Savannah started the school’s first student-run online publication, The Feather, and she is senior editor of the yearbook, providing the opportunity to go to Canada for a publishing conference. Savannah has received many Outstanding Effort and Outstanding Achievement awards. She has also received the ACSI Distinguished Christian High School Student Award for leadership, academics and athletics, as well as multiple Eagle Awards. Savannah has volunteered weekly with the organization YoungLives, as well as through NHS and Leadership Team. Savannah plans to earn a Bachelor of Arts in journalism or English, then join the Peace Corps for two years. She hopes to become a travel journalist.

Harmoni Swain, the daughter of Keisha Swain and Guy Swain, is a senior at James Monroe High School. Harmoni is a member of the basketball team and has been team captain, point guard, shooting guard and small forward. She has received an MVP Award and been named second team All-District. She has also been a member of the softball team. Harmoni was named Student Athlete of the Month for January 2019. Harmoni serves her community through her church with praise dance/miming and Bible study. She also serves as an office volunteer with Headstart at Old Walker–Grant. Her plans for after graduation are undecided.

David Adams, the son of Danielle and Trevor Lilly, is a senior at Massaponax High School. David has been awarded Art Student and History Student of the Year, 4.0 and above GPA, and Perfect Attendance. David is a member of the National Spanish Honor Society and the National Technical Honor Society. A class that he enjoyed most during high school was Computer Systems and Technology at the Spotsylvania Career and Technical Center, and he is most proud of earning the A+ Certification credential through the SCTC. David will attend Virginia Commonwealth University College of Engineering to pursue a career in computer hardware engineering.

William Hamill, the son of Graham and Kali Hamill, is a senior at Mountain View High School. William is a student in the International Baccalaureate program receiving academic letters all four years. William is a member of the National Honor Society, and he has participated in the Interact Club and JROTC. He was selected as an American Legion Post 290 Boys State representative in 2019. William has earned varsity letters in both baseball and basketball for the past two years. He serves his community by participating in the youth group at his church and volunteering for Karen Friedman Memorial Baseball Camp for a Cure. William plans to continue his education at Virginia Tech or the Virginia Military Institute and major in engineering.

Nathaniel Christopher Lumpkin, the son of Marney and Shawn Lumpkin, is a senior at North Stafford High School. Nathaniel is extremely polite and professional in his communications and interactions with everyone. He is an ambitious young man who is dedicated to pursuing a career within the United States’ armed forces. He is a well-rounded individual which is evident through his membership in the National Honor Society, varsity golf team and the Air Force Junior ROTC. Over the past four years, Nathaniel’s dedication to his education and community has presented him with a variety of learning opportunities. It is his adeptness to bring back what he has learned to fellow students that demonstrates his growth as a leader, teammate and advisor. As a senior JROTC student he has obtained the rank of major. He is the recipient of numerous national AFJROTC awards/ribbons such as Sons of the Union Award, Military Officers Association of America and Veterans of Foreign Wars.

Christian “Issa” Ghannoum, the son of Judith Anderson and Jamil Ghannoum, is a senior at Riverbend High School. Issa is president and co-founder of the Finance Club. He has also served as Student Council Association secretary and been a member of Spanish Honor Society and Book Club. Issa has been a member of the varsity swim team and the junior varsity wrestling, cross country, and track and field teams. He is a personal training mentee, shadowing and learning to become American Council on Exercise certified by June. Issa has received the William & Mary Leadership Award. He has served his community through the Finance Club and as a math and Arabic tutor. He is also a Popeye’s crew member. Issa has not yet decided his college plans.

Franklin D. Washington Jr., the son of Franklin D. Washington Sr., and Joyce Butler–Washington, is a senior at Spotsylvania High School. Franklin is president of Tri-M Music Honor Society, and a member of National Honor Society and Art National Honor Society. He has served as president and vice president of Science Club. He has also been a member of German Club and DECA. Franklin has earned an academic letter and two bars and the German Student of the Year Award. He has been named to the honor roll throughout high school and has received the Perfect Attendance Award. Franklin has been a member of the varsity soccer team, earning a varsity letter and the Knights Award. Franklin has volunteered through the Science, German and Art clubs, and through Tri-M Music Honor Society. He has volunteered at his high school for football and basketball games, with Salem Fields Church and at Empowerhouse. Franklin is looking at Virginia Commonwealth University, Old Dominion University and Virginia Wesleyan University. He is interested in studying international affairs, chemistry or environmental science.

Davison Smith, the son of Zachary and Barbie Smith, is a senior at Stafford High School. Davis has been president of the junior and senior class, Smash Club vice president, a member of National Honor Society and Boys State delegate. He has received the Summa Cum Laude award for three years. Davis has served two years as captain of the varsity golf team, and he was named to the All District and All Region golf teams. Davis is a section leader for Wind Ensemble and Jazz Ensemble, principal trumpet for senior regional orchestra, and he performs with the Fredericksburg Singers and the National Jazz Workshop Allstar Band. He has been a member of All State Wind Ensemble and All State Jazz Ensemble for three years, and he has been named Most Outstanding Band Student for three years. Davis will attend the University of Kansas and major in trumpet performance. He hopes to play professionally.