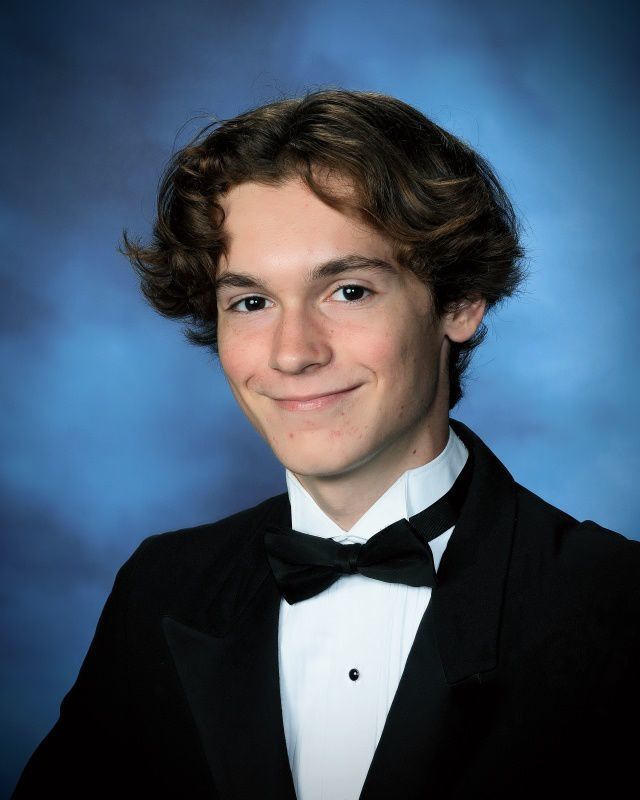 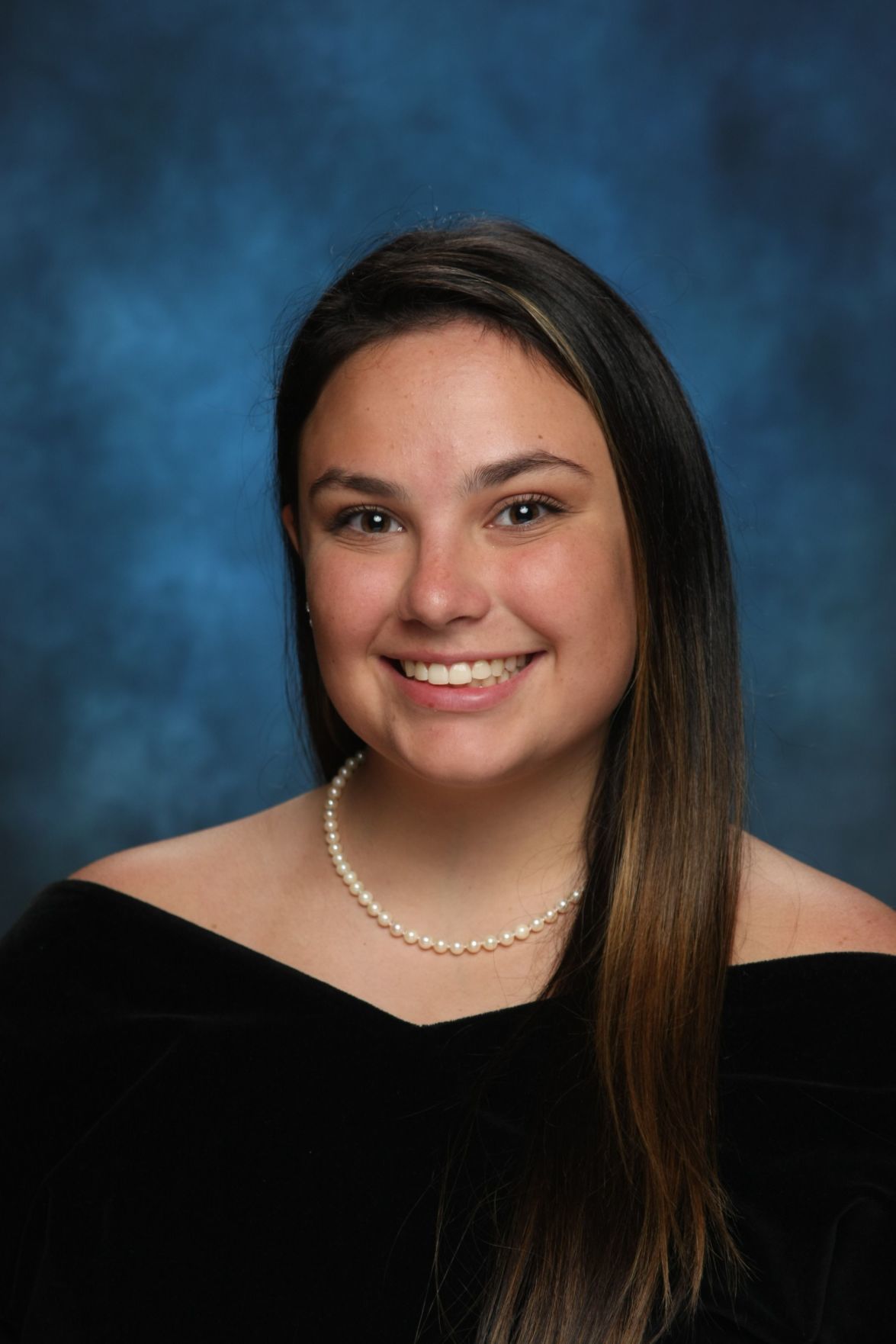 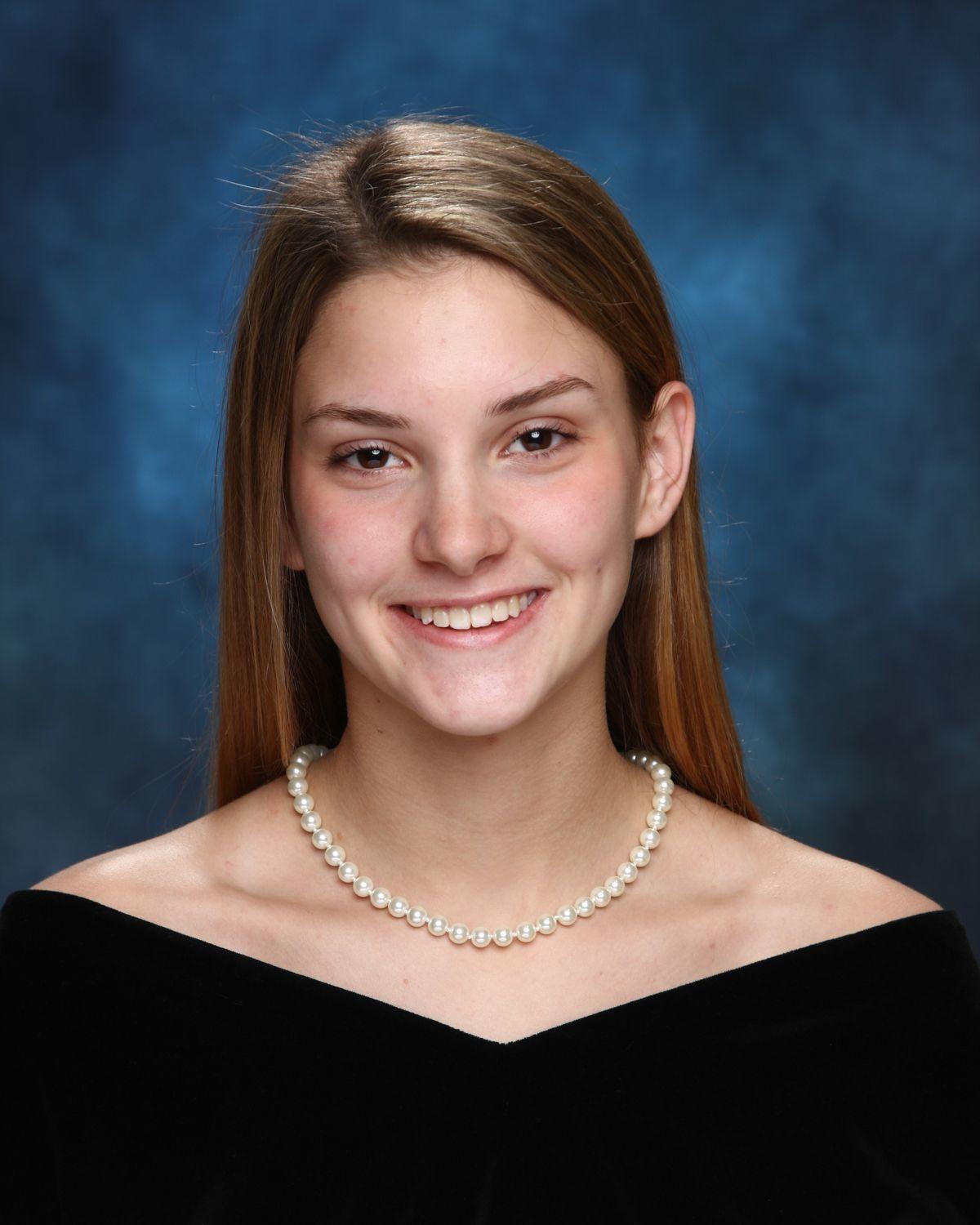 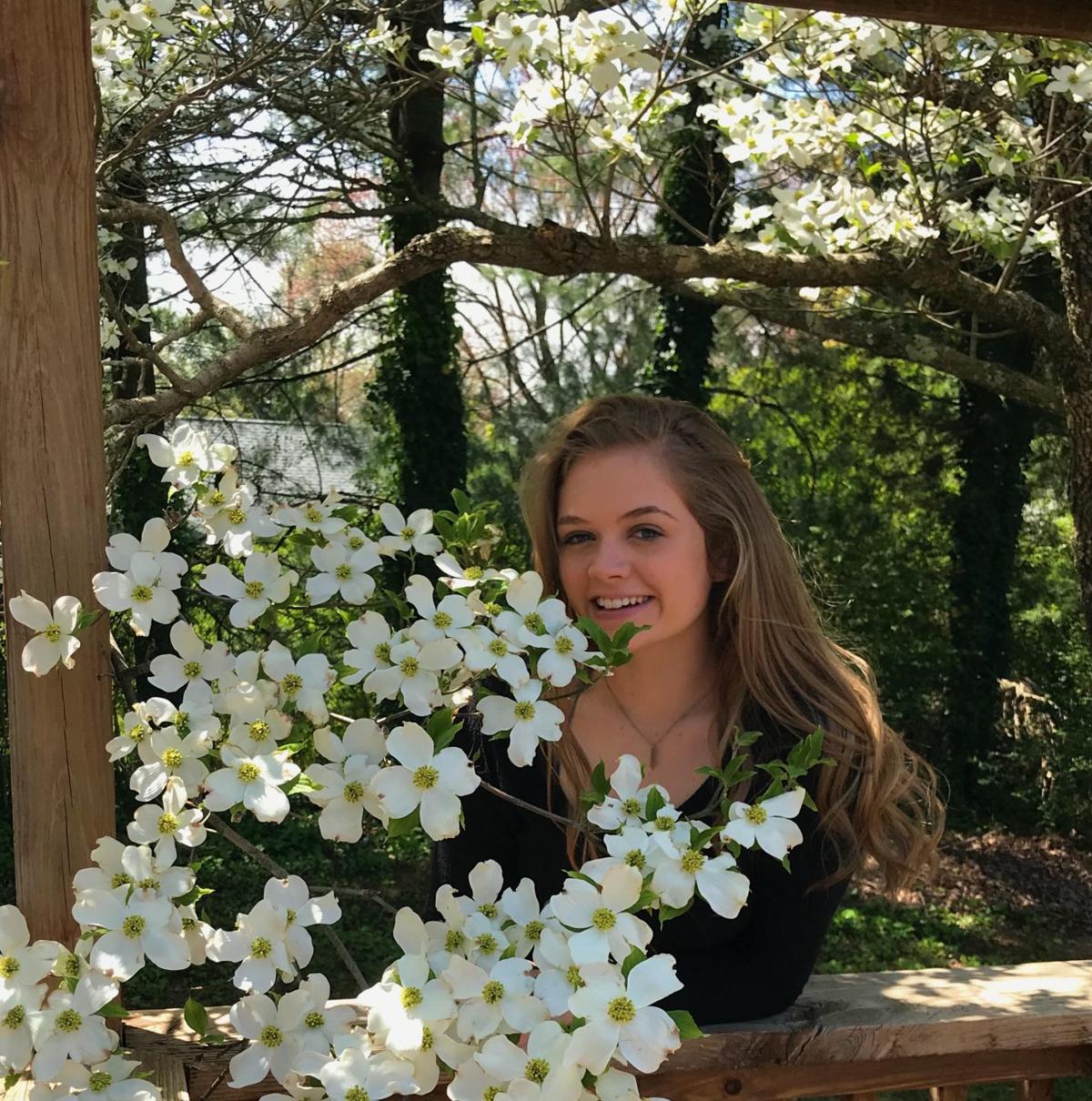 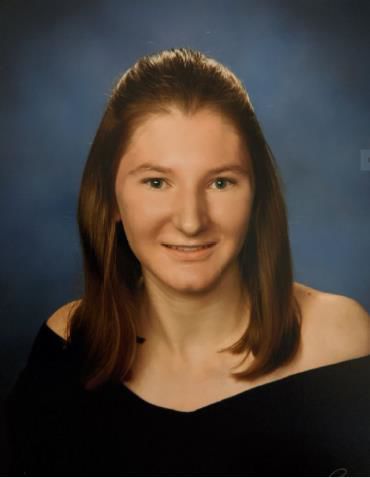 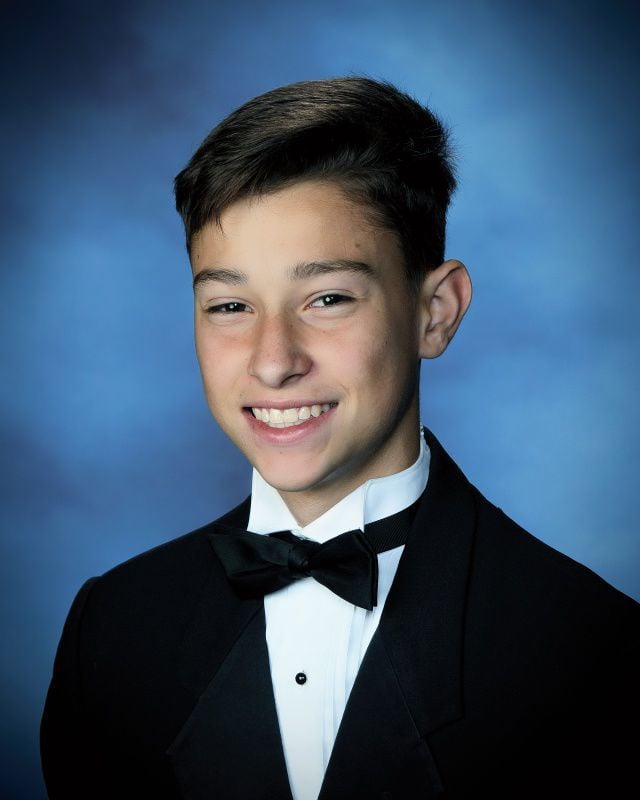 Olivia Leonard has graduated from Fredericksburg Christian School. She was a member of the FIRST Robotics team Fahrenheit for the last three years and the electrical team lead for the last two. She played varsity golf and was in the National Honor Society. She played cello as a member of the FCS orchestra all four years in high school. Olivia enjoys gardening, and she has won multiple awards at the Fredericksburg Agricultural Fair. She served on a mission team to West Virginia and volunteers at her church, Peace Lutheran, with various events and fundraisers. Olivia has interned at the Naval Surface Warfare Center at Indian Head, Md., as a science and engineering apprentice. She participated in the Fredericksburg Regional Governor’s School Forensic Chemistry Week. Olivia will attend Virginia Tech this fall in the Calhoun Discovery Program and plans to major in computer engineering.

Staci Tate, the daughter of Brenda Tate and Stephen Tate, has graduated from James Monroe High School. Staci was a member of National Honor Society, Key Club and Environmental Club. Staci was a member of the varsity softball and volleyball teams, and had served both teams as captain. She also received the Coaches Award in both sports. Staci has volunteered with the Fredericksburg City Police Department Summer Camp. Staci will attend Eastern Kentucky University and major in elementary education.

James Russ has graduated from Mountain View High School. James participated in cross country and track all four years of high school. He also participated in various community service events through National Honor Society and Marine Corps JROTC as well as through his church. James plans to attend either the U.S. Naval Academy or the U.S. Air Force Academy.

Gabriel Cummings, a senior at North Stafford High School, is the nephew of Jonathan and Traci Abramson, and the son of Rebecca Cummings who died when Gabriel was in the eighth grade. His father had passed away when he was 2 years old. Gabriel rose above tragic circumstances and made an indelible mark at North Stafford with positive energy, determination and resiliency. He maintained an excellent academic record and excelled in select chorus, lacrosse and swim team. An Eagle Scout, Gabriel served as lifeguard and a youth leader at his local church congregation. Gabriel went above and beyond the call of duty to organize a community service project that benefits the entire school community. When an incident occurred regarding safety on the paths through the woods behind North Stafford High School, Gabriel brought together volunteers and organized a clean up of paths to create clean lines of sight for the safety of all using them. When his years of mission are accomplished, Gabriel plans to study at Brigham Young University Provo or Hawaii.

Camryn Sanchez, the daughter of Suzanne and Daniel Sanchez, has graduated from North Stafford High School. Camryn was a highly motivated student with excellence in academics, sports and school activities. Camryn can be described as inquisitive, engaged and personable, and she worked hard to do her best in all she undertook. With multiple Advanced Placement and Honor classes her entire high school career, she excelled all her classes with nothing less than A-. She played multiple sports in and outside of school such as soccer, swimming, water polo and dance. She is extremely talented and has demonstrated leadership skills in all of these sports. Camryn has been accepted and will attend Texas A&M University, just like both of her parents, where she will study chemical engineering.

Madeline Rodriguez, the daughter of Rick and Jane Rodriguez, has graduated from Riverbend High School. Madeline was a member of DECA and served as executive vice president and historian. She was a member of National Honor Society, DECA Honor Society, English Honor Society and Math Honor Society. Madeline served as a member of the Principal’s Action Committee, varsity girls lacrosse manager, supervisor at Sweet Frog, and as a political campaign pollster. Madeline was a DECA Merit Award recipient, and she placed at the district and state level competition for DECA and qualified for international competition. She was an RHS Spirit Flag recipient, a WISE Scholar, and she received an academic letter for a GPA above 4.0. Madeline volunteered at Mary Washington Hospital during the past three summers through the Junior Volunteer Program, she tutored children at Chancellor Elementary School through DECA’s LAMP program, and she was a peer mentor at Riverbend. Madeline will attend Virginia Tech in the fall to pursue her career interests in law, medicine and foreign policy.

Paige Dildine, the daughter of Ryan Dildine and Devin Dildine, has graduated from Spotsylvania High School. Paige was a member of DECA, Student Council Association, Junior Class Board, National Honor Society and Spanish Club. She was also an athletic training student. Paige played varsity volleyball all four years of high school, serving as captain during her senior year and being named MVP. Paige was varsity volleyball all district first team, second team and honorable mention; and she was named to the second team in region 4B. Paige was named to the honor roll all four years of high school and was named Athlete of the Month for November 2019. Paige has coached volleyball at the Spotsylvania County Sheriff’s volleyball camp, assisted as a Post Oak volleyball coach helper and served as a Little Feet Meet buddy. She has played travel volleyball for six years. Paige plans to attend Virginia Commonwealth University and pursue a masters degree studying occupational therapy.

Barrett Reynolds, the son of Mirinda Reynolds and Dewey Reynolds, has graduated from Stafford High School. Barrett was a member of Environmental Club, Interact Club, Horticulture Club, Key Club and National Art Honor Society. He received distinguished honors awards every quarter. Barrett volunteered with Fredericksburg All Ages and the Youth Administration Club, where he has served as secretary. Barrett plans to pursue photography and graphic design at either Rhode Island School of Design or Virginia Commonwealth University.