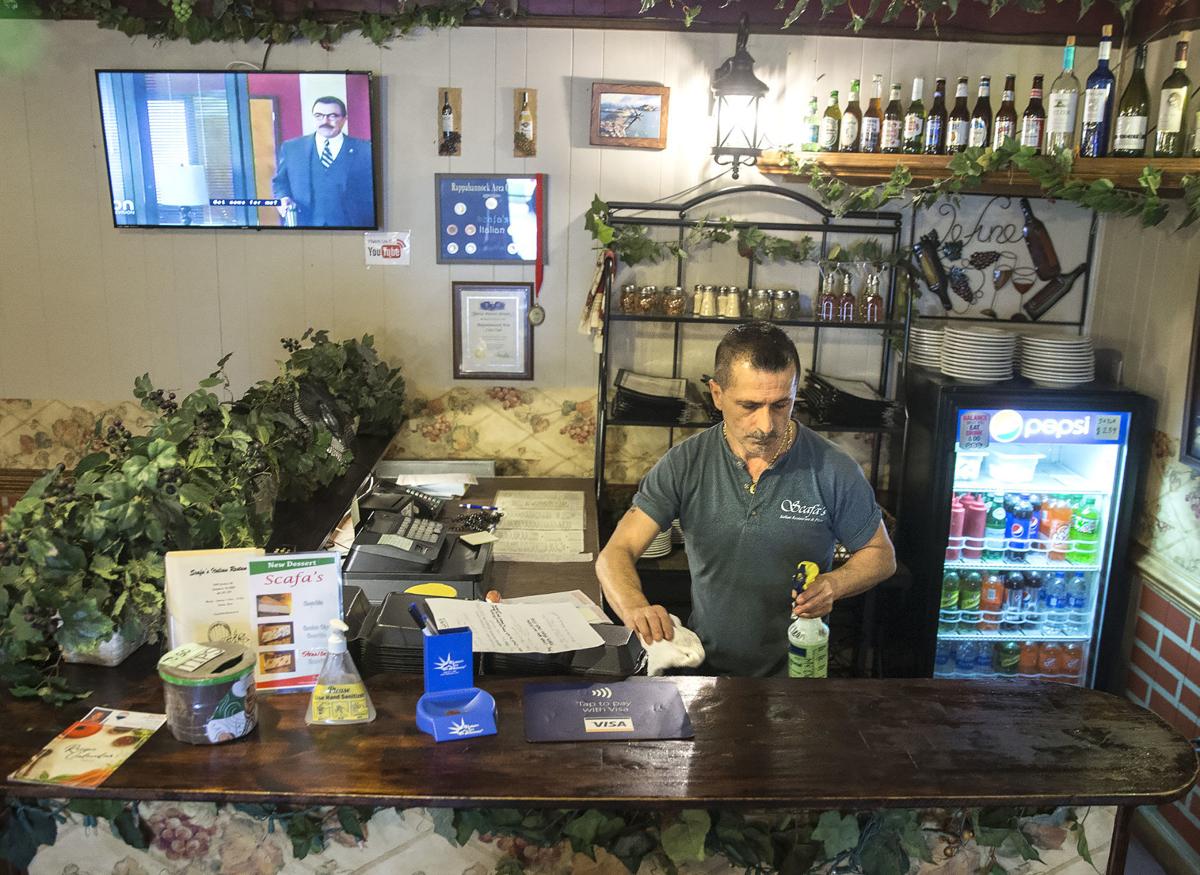 Scafa’s Italian Restaurant owner Domenico Schiano–Moriello cleans the front counter at his Spotsylvania eatery. He says laying off three employees was ‘a hard decision to make.’ 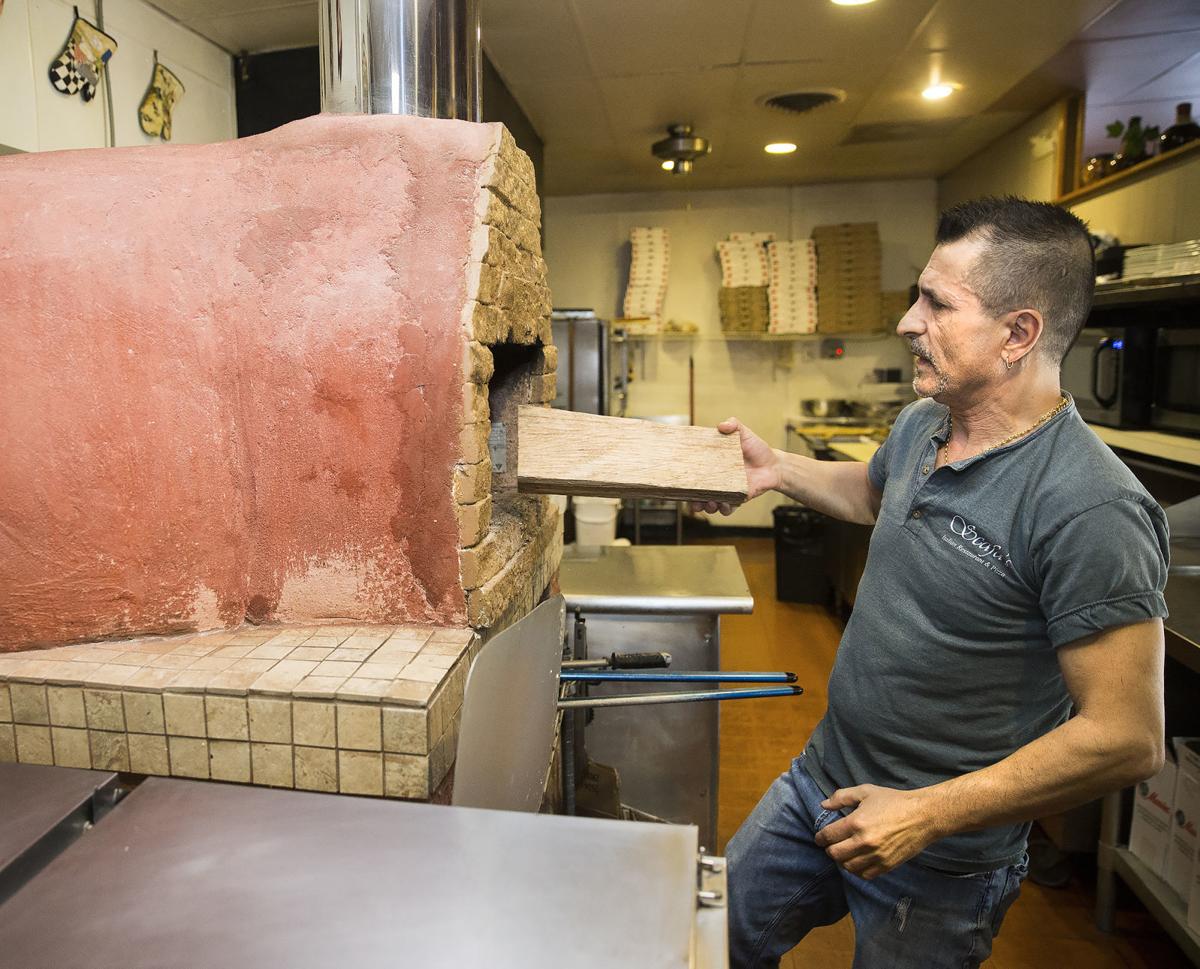 Schiano–Moriello says he’s lost more than half his usual business in the past two weeks. 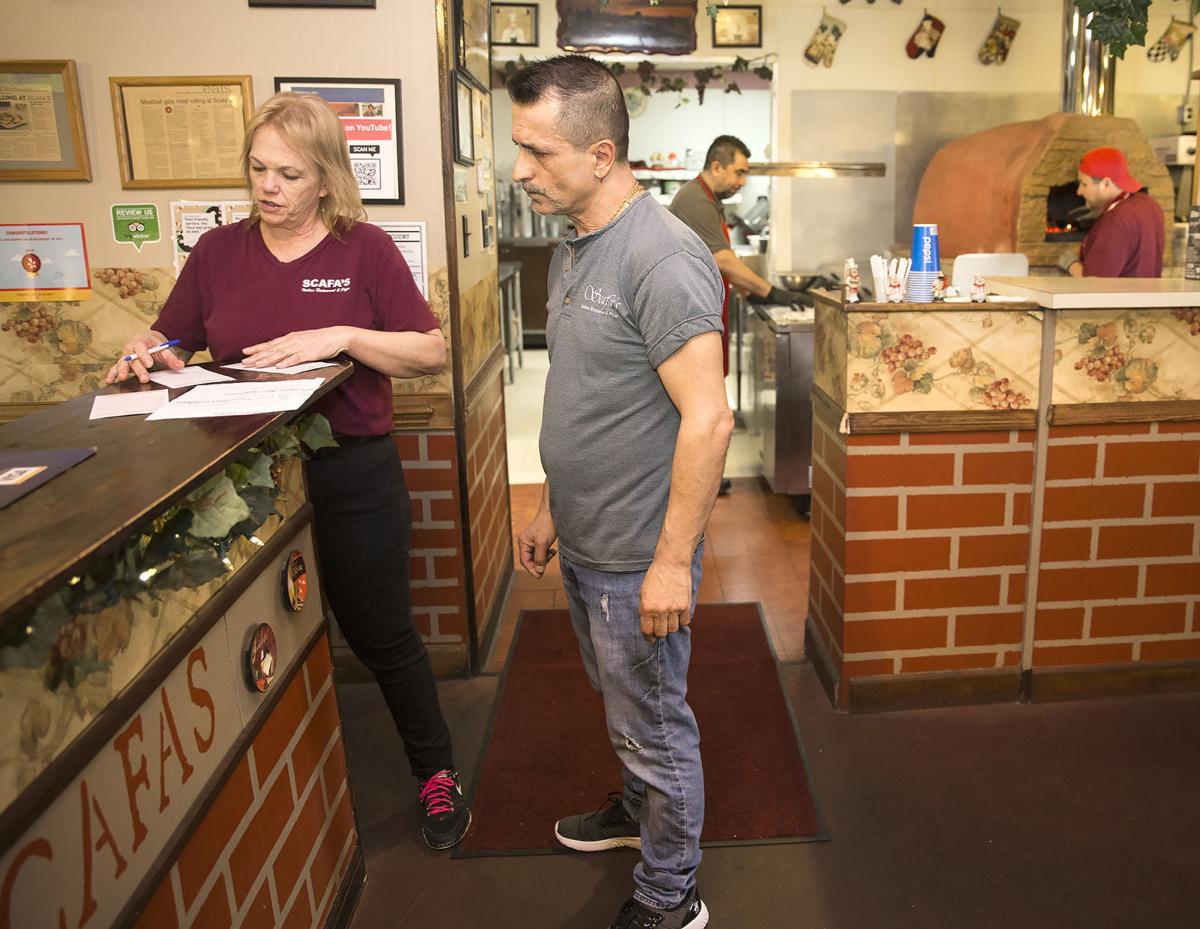 Scafa’s Italian Restaurant owner Domenico Schiano–Moriello cleans the front counter at his Spotsylvania eatery. He says laying off three employees was ‘a hard decision to make.’

Schiano–Moriello says he’s lost more than half his usual business in the past two weeks.

Katie Brancher of North Stafford worked as a server and hostess at Bob Evans Restaurant in Stafford Marketplace for just over a year.

Like so many others in the restaurant business, the 17-year-old received notification last week that Bob Evans would be going to carry-out orders only. Just two days later, she received another notification telling her not to come back to work until further notice.

The Brooke Point High School senior only worked at the restaurant part time, but averaged $250 a week in tips during her three days on the job. She was earning money to help cover some tuition and expenses when she heads to the University of Tampa next year to begin her studies in pre-med biology.

On Sunday, Katie joined the thousands of other Virginia residents who have already filed for unemployment.

“I understand why this is all happening, and it’s a little upsetting,” said Katie. “I have co-workers who are single mothers trying to support their children. It’s not as detrimental to me as it is to them.”

The Virginia Employment Commission is processing about 8,000 applications for unemployment insurance claims per day, according to employment commission officials.

That’s a massive increase from earlier this month.

“A couple of weeks ago, we had two to 400 claims a day,” said Joyce Fogg, the communications manager of the commission. “It’s been hectic, and it will continue to be that way.”

Fogg said the huge surge in claims can be attributed to the coronavirus outbreak, which has shuttered businesses or diminished sales at many area retailers, restaurants and private enterprises, leaving residents unemployed and confined to their homes. The outbreak has not only rattled Virginia, but the workforce across the nation.

According to a report by Bloomberg News Sunday, Federal Reserve Bank of St. Louis President James Bullard said the U.S. unemployment rate could reach 30 percent in the second quarter of this year because of the shutdowns, with an unprecedented 50 percent drop in gross domestic product—the total value of goods produced and services provided in the country during one year.

The numbers are staggering and record-breaking, and greatly surpass the highest unemployment rate in the last 20 years—9.6 percent in 2010.

Fogg said the high numbers of those without jobs has drawn people to the VEC website in droves. She said staff members who formerly handled claims or were working on other projects outside the claims office have been recalled to augment the force who assists in processing thousands of citizen applications.

In Spotsylvania County, Domenico Schiano– Moriello, owner of Scafa’s Italian Restaurant, said business at his restaurant dropped more than 50 percent in the last two weeks, and continues to fall. Schiano–Moriello sent nearly all of his employees home.

“I had people working here a long time. It was a hard decision to make,” he said. “No matter how you turn it, you’re going to hurt someone.”

Lisa Gibbs of Spotsylvania was laid off March 19. For nearly a year and half, Gibbs served as a clinical supervisor at Accent Group and Family Services in Fredericksburg.

Gibbs, 57, lives with her husband, Gary. The couple, who have custody of their 12-year-old goddaughter, rely on his disability payment as their only source of income, but Gibbs recently filed for unemployment.

“I’ve never been in a position like this. I’m worried,” she said. “I don’t know where this is going to lead.”

Although Gibbs said she is not computer savvy, she said the entire filing process was easy and took only about 15 minutes to complete, but warned the pages on the website seemed slow to load.

“I don’t know if there were a lot of people using it that was causing it to be so slow,” said Gibbs.

Fogg said unemployment starts the day a person is unemployed. She warned against filing early in anticipation of a layoff.

“Wait until you’re unemployed for a day,” Fogg said. “Don’t file in anticipation or the application will be kicked back and you’ll have to refile.”

Fogg said employees who have had hours reduced, or have been laid off or furloughed are eligible to file for unemployment. If filing due to a reduction in hours, benefits will not be approved unless gross earnings are less than one’s weekly benefit amount. The maximum weekly benefit amount is $378.

With a wait time of over two hours to speak to an employment commission representative by telephone, Fogg encourages those seeking benefits to file online, but warned of scam websites that can pop up when searching for her organization’s website.

Fogg said two Virginia residents have already been lured to fraudulent websites, but fortunately they did not proceed too far into the filing process before realizing something was suspicious. Fogg said similar instances of phony websites cropped up during economic hardships in 2008.

“These sites are getting information and money,” said Fogg. “We want to make sure people are filing on the dot-gov site.”

Those filing for unemployment as a result of the coronavirus pandemic should select “lack of work” as their reason for separation from their job. First-time filers receive a benefit rights document, which explains eligibility requirements and what is required each week to claim benefits; a monetary determination document that shows how much money you may be eligible to receive; and a personal identification number, which is required to claim weekly benefits, as well as make claim inquiries.

Fogg said the commission’s goal is to get checks out about one week after filing.

“[Gov. Ralph Northam] has also suspended the one-week waiting period to file, and the requirement to conduct a weekly job search,” she said.

In the interests of our community during these unprecedented times, The Free Lance-Star has lifted paywall restrictions on all our coronavirus…