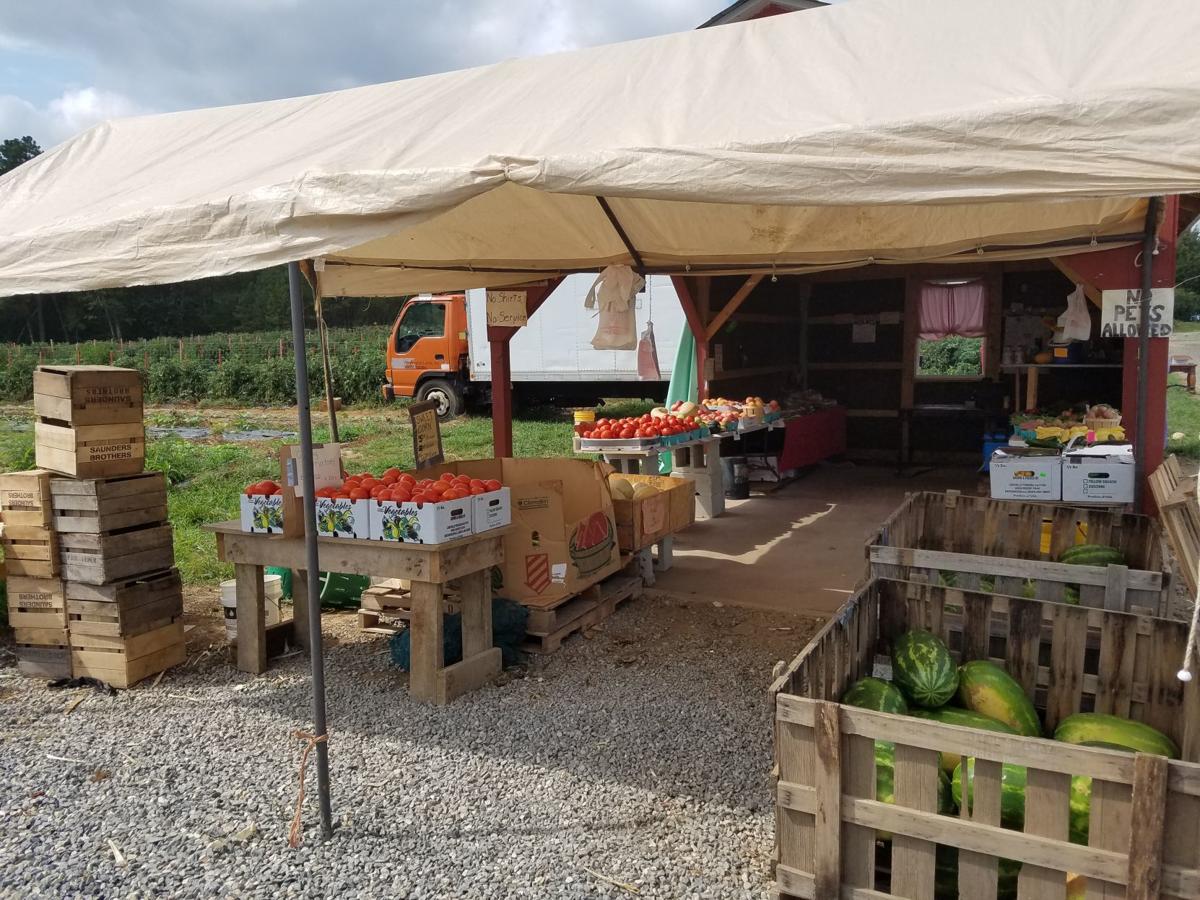 A bustling new farmer's market has opened on Colonial Point Farm between Warsaw and Emmerton in Richmond County, operated by one of the more than a dozen Mennonite and Amish families that have come to the region. 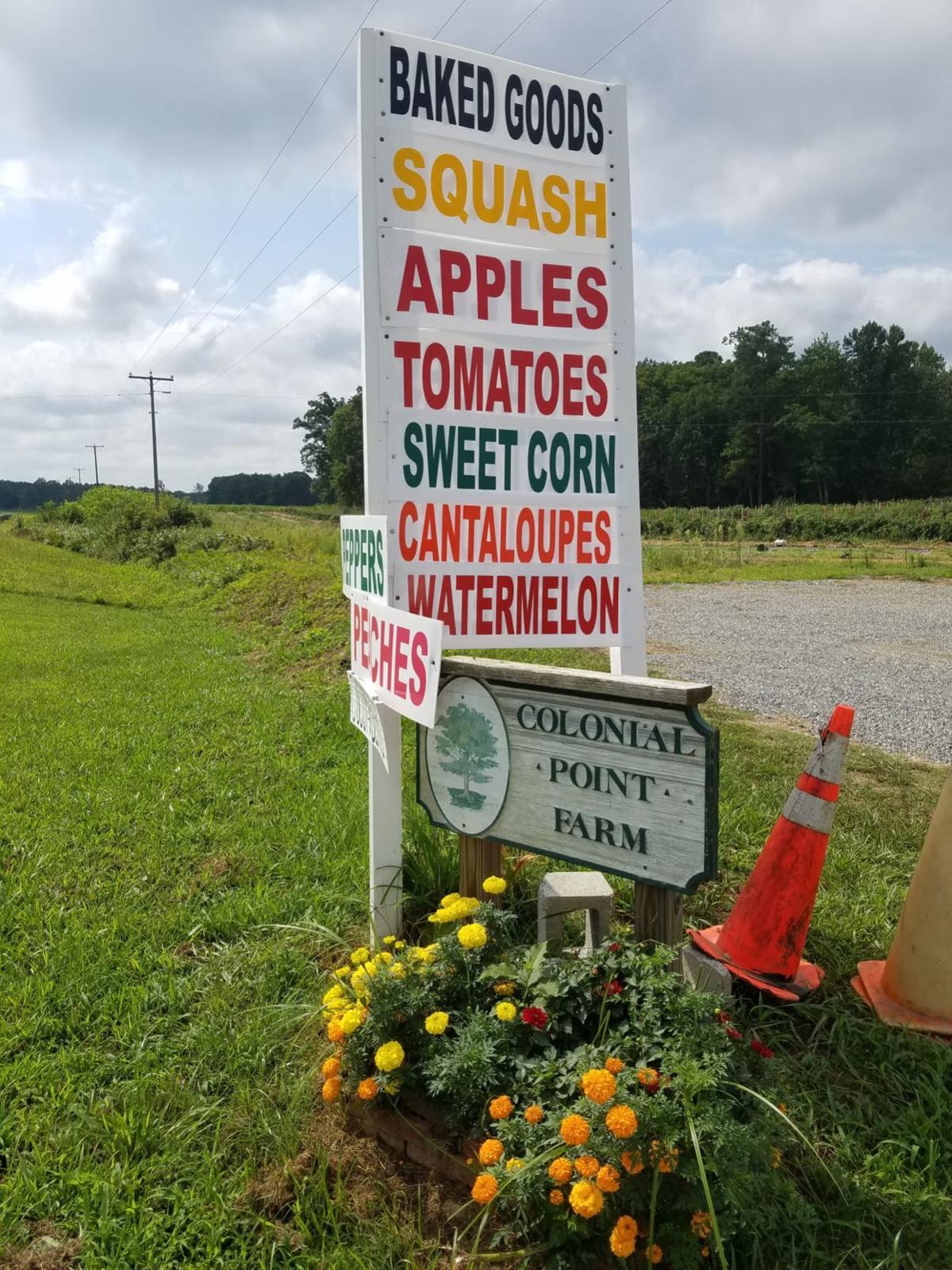 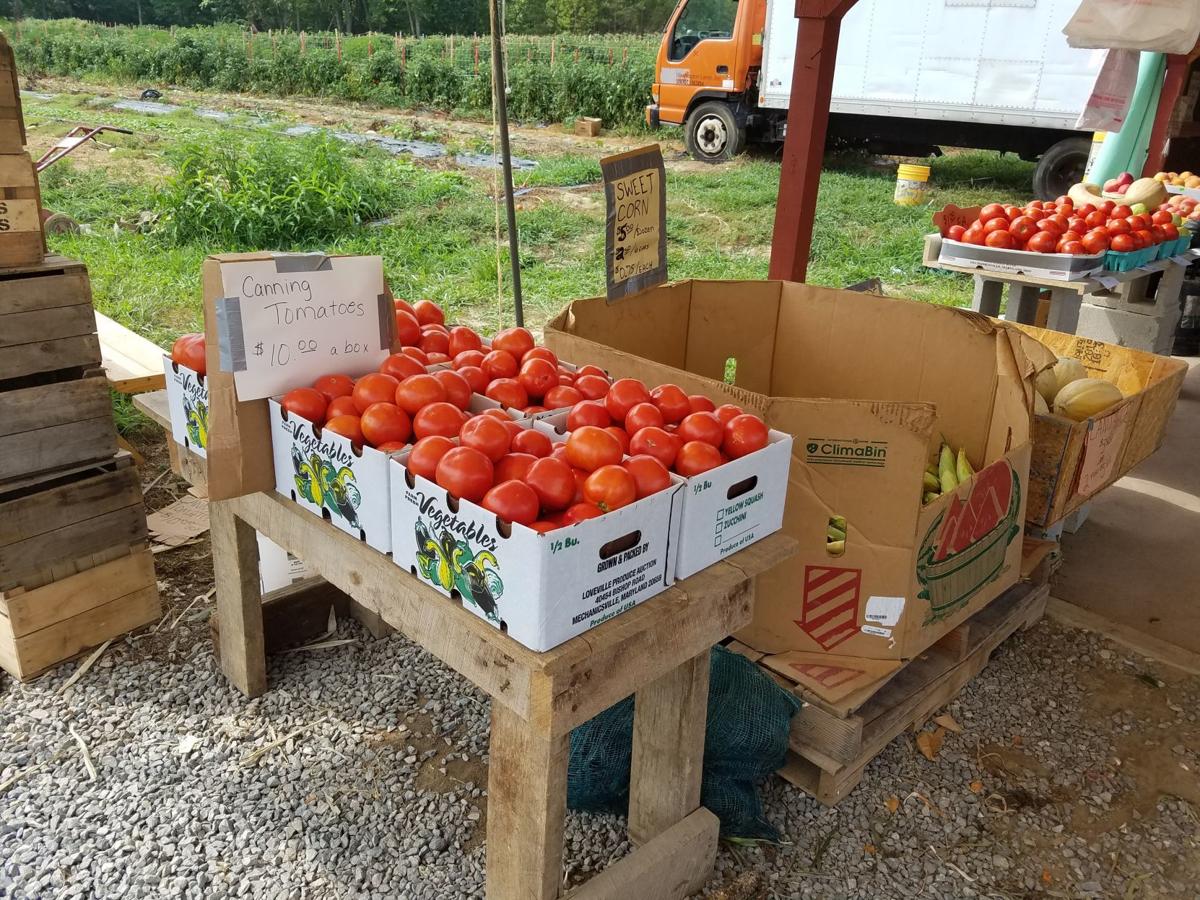 In season, tomatoes and other freshly harvested fruits and vegetables fill the farmer's market. 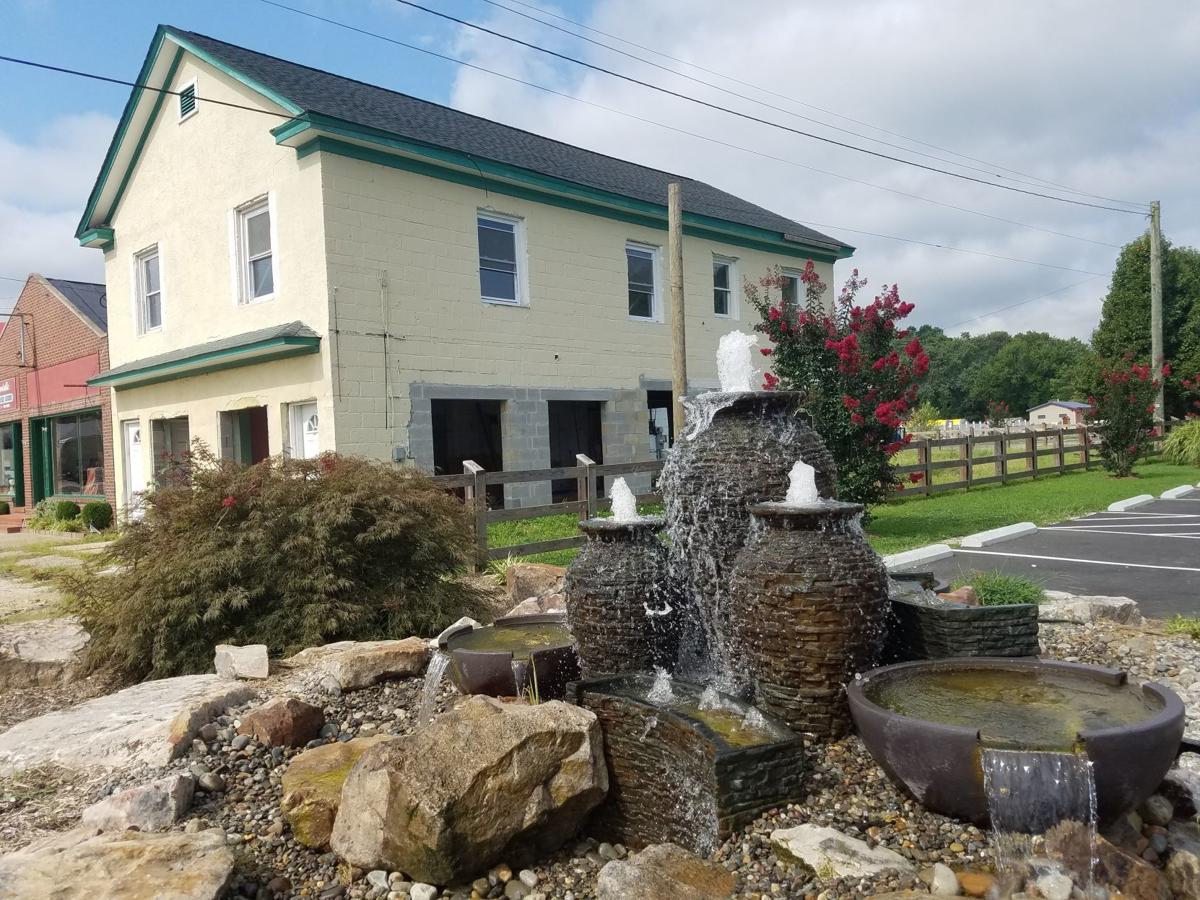 A host of new business openings and improvements, like this new fountain near a town park, are happening in Warsaw. 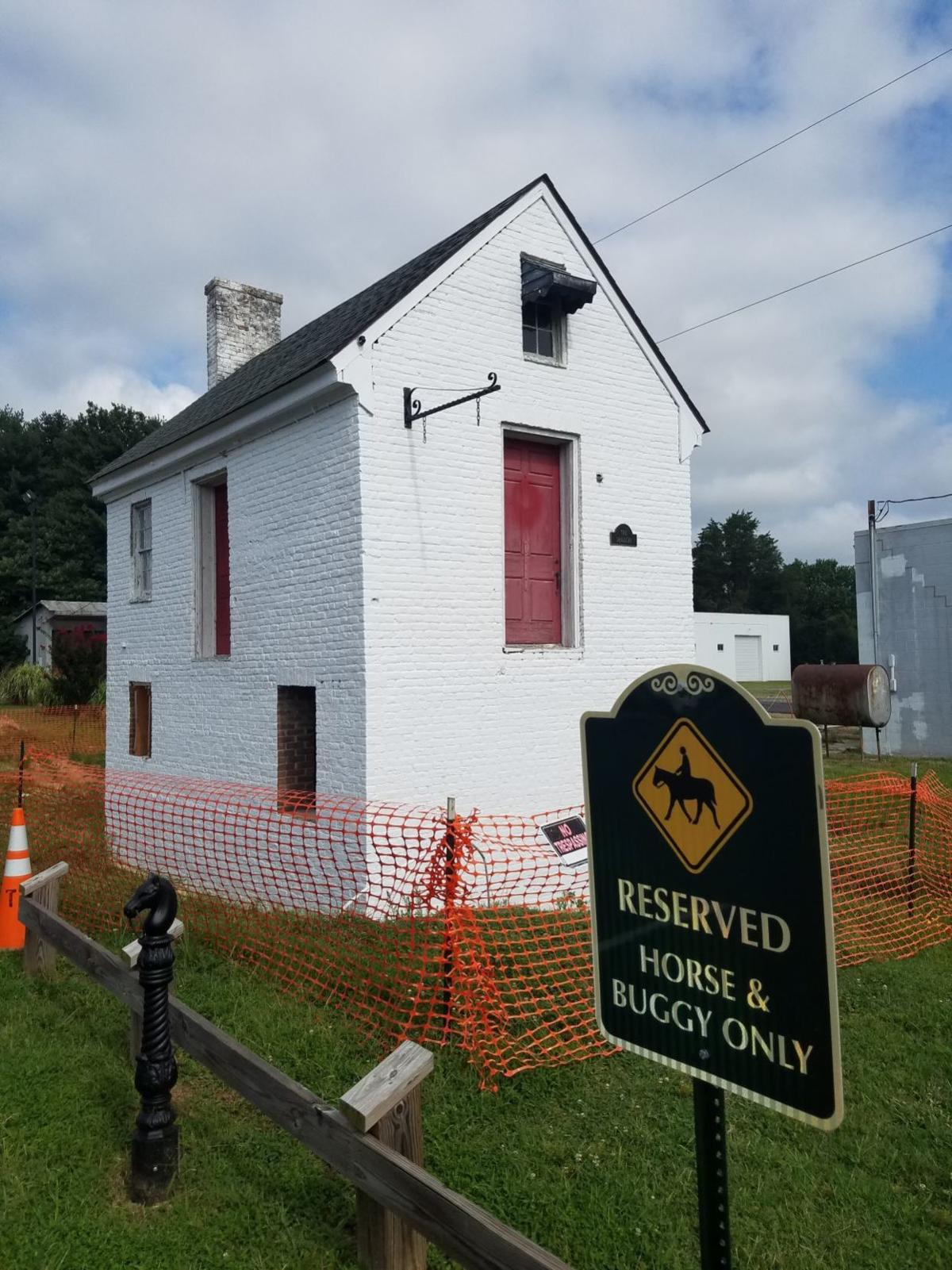 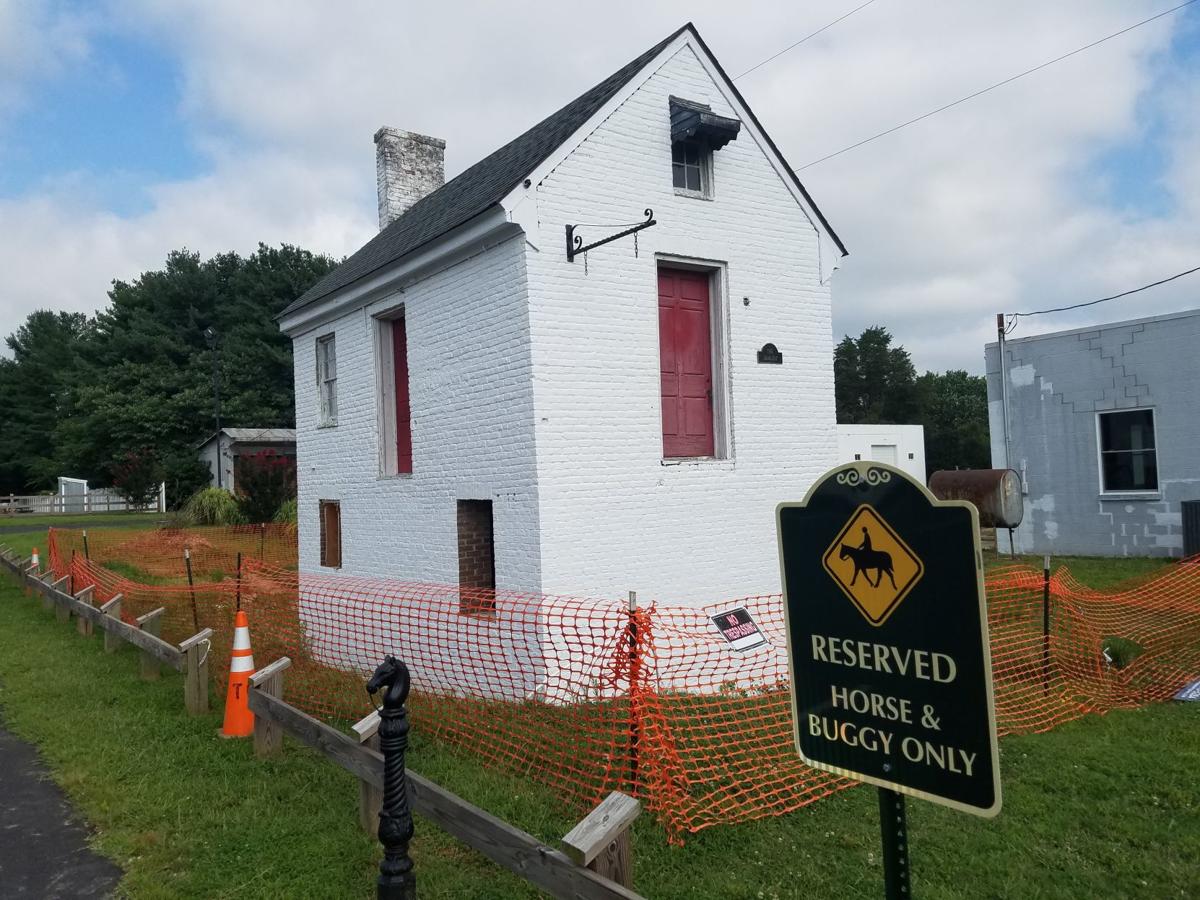 A bustling new farmer's market has opened on Colonial Point Farm between Warsaw and Emmerton in Richmond County, operated by one of the more than a dozen Mennonite and Amish families that have come to the region.

In season, tomatoes and other freshly harvested fruits and vegetables fill the farmer's market.

A host of new business openings and improvements, like this new fountain near a town park, are happening in Warsaw.

The Northern Neck is one of those places where change isn’t a regular thing, though little flurries of it show up now and then.

One of those flurries can be seen in the dozens of Mennonite and Amish families that have moved in over the past few years, mostly in Richmond and Westmoreland counties.

It’s a migration large enough that the Virginia Department of Transportation has put up signs urging motorists to be careful and respectful when encountering horse-drawn buggies on highways and byways.

Faster-than-usual change can also be seen in formerly sleepy towns like Warsaw, Colonial Beach and Kilmarnock, which are seeing new businesses and investment happening.

To find out more about the wave of Mennonites and Amish—the former being the larger of the two—I talked to a handful of government, business and community leaders. And I met a Mennonite farmer who, for a brief while, operated a farmer’s market in Warsaw.

He’s Lamar Martin, who, with three other Mennonite families, now operates a full-time market at his Colonial Point Farm on History Land Highway between Warsaw and Emmerton.

I stopped in for a quick chat a while back and found him and several of his 10 children out harvesting vegetables and planting cold-weather crops like cabbage.

Holding to the ways of the old-school Mennonites, the new Northern Neck residents wear simple clothing. You’ll find the men adorned in long-sleeved white shirts, dark pants, suspenders and straw hats, while the women are most often seen in long, simple dresses, with their heads covered by caps and bonnets.

Martin took a break from his work the day I stopped by to explain that his family and the others who’ve joined him in moving from Southern Maryland find that people are often a little unsure how to interact with them.

He said there’s no need for concern, and that his family and the others who’ve come to the Northern Neck are just simple people who show their faith in a different way than others do. Some of them—and a slightly smaller number of Amish families who’ve also moved in—might use horse-drawn buggies at times, while others accept rides from acquaintances with automobiles.

He admits that the way they follow their faith can be confusing to outsiders. For instance, he can run the motor of a refrigerated box truck to keep vegetables cool, but doesn’t typically drive it anywhere. Tractors and propane-powered equipment can be used in certain situations.

Martin said that one concession they ask of their customers and neighbors is not trying to photograph them, because their religion prohibits it.

He said the draw to the Northern Neck is that the farmland they need to sustain an agriculture-based life is still plentiful and relatively cheap there. He said his family and the handful of others they work closely with—who congregate to create schools and new places of worship—left Southern Maryland because it was getting too populated and busy.

“Where we had a farmer’s market, there was so much traffic that it was getting dangerous for our customers to stop in,” he said.

As we talked, I noticed one of his daughters was arranging a bountiful array of apples, sweet corn, cantaloupes, watermelon and squash under the tent that acts as their storefront. There were also delicious-looking baked goods that included everything from pies to muffins.

The heavy Pennsylvania Dutch accent takes a moment to get used to, but it’s not all that different from other strong accents you might encounter on the Northern Neck.

If you ask me, Martin and other newcomers are a great fit in the region, having much in common with families who’ve spent generations making a living from the land up and down the Northern Neck. And they’re willing to do the hard work that newcomers have shied away from for years.

At Thomas’s Store in Emmerton, David Thomas said Amish families bring in lots of customers on Saturday mornings with the oversized doughnuts and other baked goods they bring to sell there, often arriving in horse-drawn buggies.

“If you don’t get here early, the doughnuts are gone,” he said, noting that it seems like the Amish families are grouped a little closer to the Farnham side of the county than their Mennonite counterparts.

As for sleepy spots where business is blossoming, things are still hopping in Warsaw, where Town Manager Joseph N. Quesenberry said he and the town council have now procured more than $4 million in grants and other funding that has improved the seat of Richmond County to the point where new businesses are arriving.

Much of that money is connected to a drainage project that’s taken out a blighted eyesore: an abandoned shopping center in the middle of town that will soon be a lake, an activities building and a hillside amphitheater.

There, in my old hometown, new businesses either open or arriving in the near future include Old Rappahannock Brewing Company and Taphouse, Northern Neck Popcorn Bag and Burke’s Jewelers.

A few businesses are expected to open in the near future: Horn’s Warsaw Ace Hardware, South of the Border on Main Mexican Restaurant and Dairy Queen.

And yes, the historic building that there was a campaign to save has now been moved to Main Street and set up near a town park, with spaces saved in an adjoining parking lot for “horse & buggy only.”