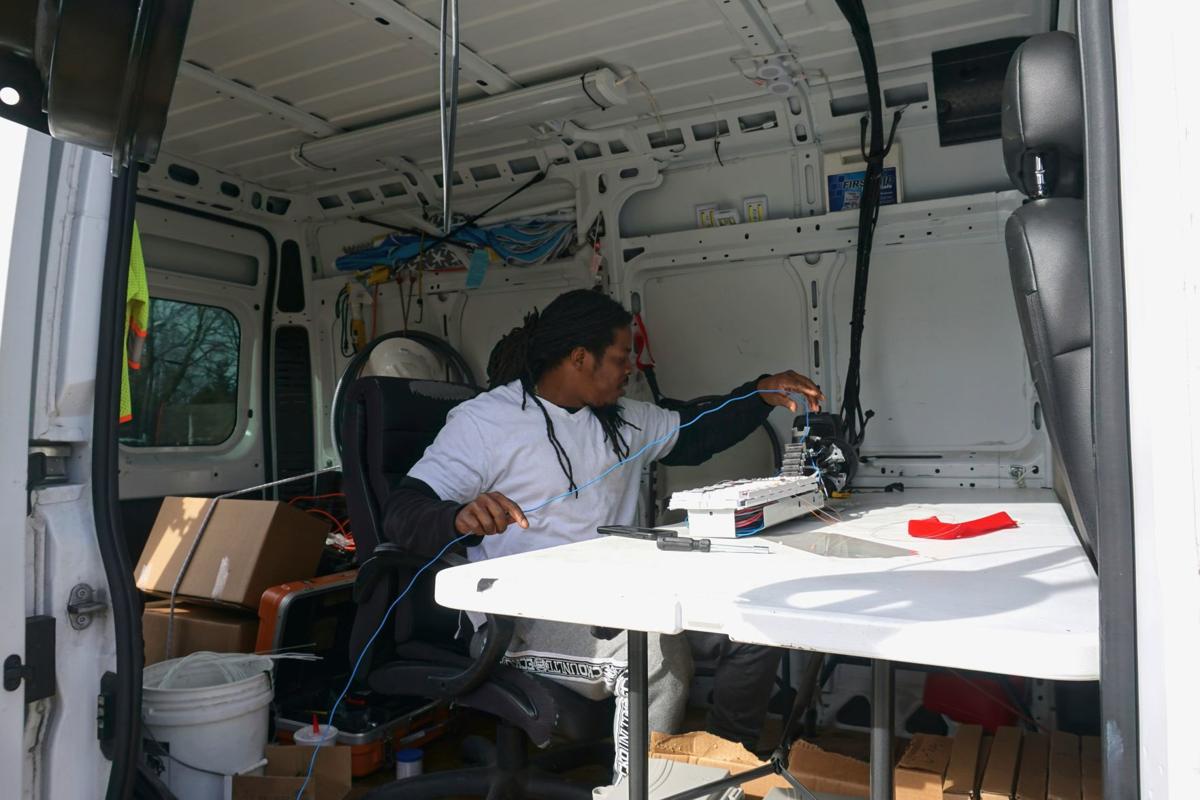 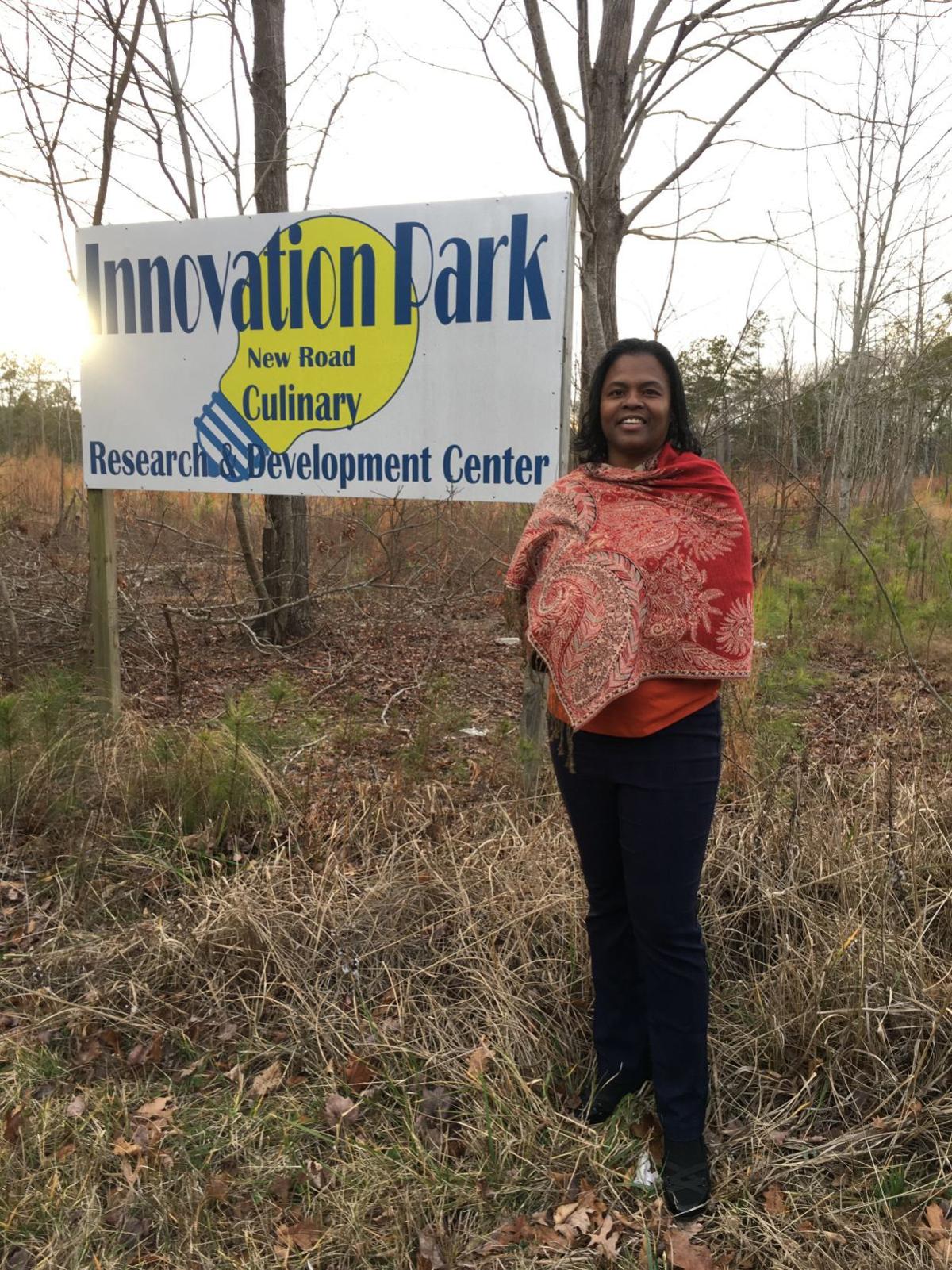 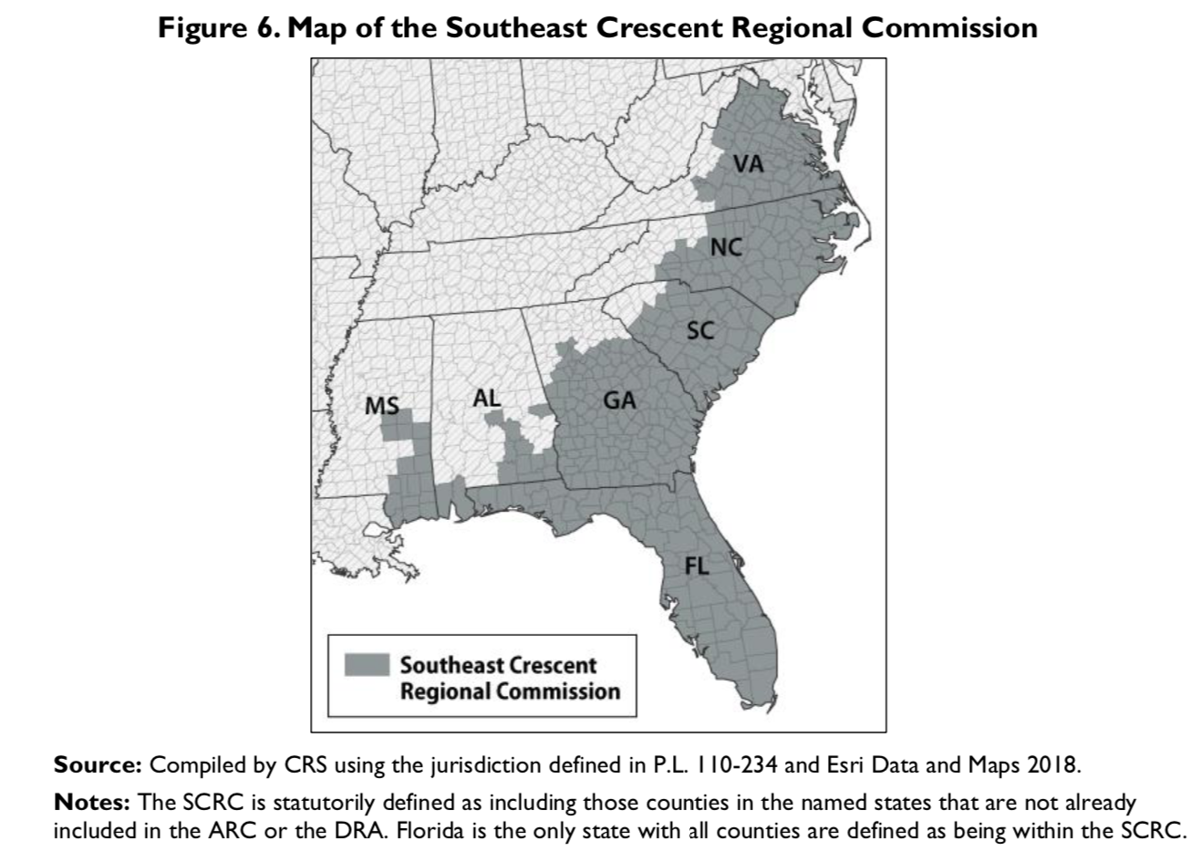 Every year from 2008 to 2018, Congress has authorized $30 million in funding to spur economic development in a region referred to as the “Black Belt.”

It extends through seven states from Virginia to Mississippi and includes the largest concentration of historically black communities in the rural South. Most are economically deprived, a result of slavery and segregation.

Last year, Congress authorized $33 million to the commission. The trouble is, since 2008, Congress has never appropriated the money, which should have gone to a huge part of Virginia counties slated to be eligible for grants.

Ava Gabrielle Wise was part of a team that helped lay the groundwork for the Southeast Crescent Commission and two other commissions back in the 1990s. All were modeled after the Appalachian Regional Commission set up in 1965, which has successfully funded economic development in that part of Virginia. But last year, Wise discovered the Southeast Crescent Commission, also referred to as the Black Belt Commission, existed only on paper.

Since 2010, Congress authorized those millions to the Southeast Commission, but appropriated only $250,000. And even that money has never been used because the president, the Senate, and participating state governors have not taken the first step to bring the commission into existence by appointing a federal co-chairman.

“I got [mad],” said Wise, who lives in Northampton County on the Eastern Shore of Virginia. “We could have had half-a-billion dollars in investment. It’s a tremendous amount of money for all of those states, all of those communities, for job creation, infrastructure, broadband, recruitment, entrepreneurship, business loans, workforce development and training to increase your labor pool—all of the things that make a region more competitive.”

Wise is a lifelong community activist. In the 1990s, she and her mother fought to get minority homes hooked up to water and sewer in Northampton County. So when she found out about the status of the commission, she did what she has always done: She rolled up her sleeves and got moving.

She organized community meetings, in all the Southeast Commission states—Mississippi, Alabama, Florida, Georgia, North Carolina, South Carolina and Virginia—inviting community organizations, state and local governments and congressional staffers. Then she hit the road for a 12-day, seven-state tour to light a fire under members of Congress and governors.

Veronica Womack, executive director of the Rural Studies Institute at Georgia College and State University, worked with Wise on the original study that led to the Southeast Crescent Rural Commission and six more covering other regions. Both emphasized the commissions are different from poverty programs in that they lift entire regions economically as opposed to individuals.

“People are not interested in a program,” said Womack. “They want an initiative that will put them in a competitive position and to participate in global society, something that will allow them to transform. And that’s why they are talking about broadband, physical infrastructure and innovation stations. These are rural people, but they recognize where the jobs are.”

She and Wise said broadband tops the list for most of these communities, along with fixing crumbling infrastructure such as roads, bridges and water and sewer.

“How do you connect into the global economy without broadband?” asked Womack. “A lot of people who are making decisions in D.C. don’t have a clue that there are people who can’t get online ... that this is a part of life in rural America.”

Accomack County is the home of Gov. Ralph Northam, but that doesn’t mean money flows in. In fact, it’s listed by the state Department of Housing and Community Development as above average in a fiscal stress index—a list that includes Fredericksburg and King and Queen County.

The index is used to illustrate a locality’s ability to generate additional local revenue from its current tax base relative to the rest of the commonwealth. It considers revenue capacity, revenue effort and median household income.

“This area has many economic development needs,” said Elaine Meil, executive director of the Accomack–Northampton Planning District Commission, who likes to point out that during the turn of the century, the two counties were among the richest in America. “As a peninsula, we often don’t get things first. We sometimes are the very last to get something when we’re at the other end of the state.”

Meil said she takes pride in her community, where people like Wise roll up their sleeves to get things done. That’s what happened 10 years ago when federal, state and local funds were used to establish a broadband authority for both counties on the Eastern Shore.

It started with 100 miles of lines and today runs some 525 miles, now funded by user fees. Commercial clients include NASA Wallops and poultry processors such as Perdue and Tysons.

Still, Meil said, the funding isn’t there to build the 930 miles needed to bring fiber to every rural resident on the peninsula.

“Right now, we’re focused on the middle mile,” she said.

Slowly, the authority connects about four clients a day. That’s where Meil said grants from a Southeast Commission would help. And, while $33 million divided among seven states may not sound like much money, it is to Meil.

“It doesn’t take a lot of money to get something really powerful going,” she said. “If you want to develop folks, you have to give them an opportunity.”

To illustrate how important broadband is to that rural community, Meil tells the story of a young single mother who showed up at her office in tears. She had been trained by and was working for a contractor of a Fortune 500 company in New York, answering technical questions using her DSL connection. Meil said the woman was considered an excellent employee by the contractor, but one day she received a letter informing her that she was being terminated.

“The sole reason she lost her job was because her DSL connection wasn’t good enough,” said Meil. “This was a job that paid her very well, gave her lots of hours and she was at home so she could get her kids on and off the bus.”

Meil told the woman to obtain permission from her landlord to run the cables to her home. The woman was able to pay the hookup fee and monthly fee to begin her broadband subscription.

Meil said she was immediately hired back.

“If there are 200 of those jobs in the United States, we want them right here, they don’t need to be anywhere else,” said Meil.

As Wise made her way from meeting to meeting from Mississippi back to Virginia, she said the most frequently asked question about the Southeast Crescent Regional Commission was, “Why hasn’t this happened yet?”

There is a consensus among federal and state stakeholders that funding for the Southeast Commission fell through because there was not a strong group of congressional representation, as with the Northeast Border Regional Commission, especially at the moment it was most needed—during the appropriations hearings.

One of NBRC’s champions is Sen. Bernie Sanders of Vermont, who sits on the powerful budget committee.

“Far too often, rural America is left behind when it comes to economic development, which is why the Northern Border Regional Commission is so critical,” he said in a press release last year, just after his state received nearly $8 million in NBRC grants.

What bothers Wise most is that in 2008 the Southeast Commission and Northern Border Regional Commission were formed at the same time, but it was the NBRC that received its first appropriation in 2010 with $1 million.

Rich Grogan, executive director of the NBRC, said there was no “secret sauce” in how the NBRC got funded.

“I’ve spoken with some of the congressional members who were around at that time and they told me they just doggedly pursued it. They felt that this was a real need,” he said. “They didn’t just introduce the legislation, they really chased it up and made it a priority.”

Since then, the NBRC has gone from that first million to $25 million this year.

“We truly have had both Republican and Democrats supporting us and pushing for additional funding for us,” said Grogan.

That support does not include the current administration. Each year, President Donald Trump zeros out funding for them in his annual budget, leaving congressmen and state representatives scrambling to save their commissions.

Defending the NBRC are New Hampshire Sen. Jeanne Shaheen and Rep. Annie Kuster. Both Democrats have said the commission is crucial in that it addresses the needs of rural communities impacted by forest product plant closures in the region.

“Towns and businesses within NBRC-eligible counties apply directly to the NBRC for funding investments in water infrastructure, health care facilities, commercial building renovations, affordable housing and energy efficiency efforts, as well as a STEM workforce training program,” the congresswomen said in an editorial defending the commission last year. “We’ve made it a top priority in Congress to ensure the NBRC is funded.”

While the Southeast Commission may lack champions, it has its defenders. In 2017, as the SCRC continued to languish, Rep. Hank Johnson of Georgia made sure there remained a chance for it to eventually receive the millions in appropriations by getting it reauthorized until 2023.

This year, sandwiched between appropriations for the Defense Nuclear Facilities Safety Board and the Nuclear Regulatory Commission, the Southeast Commission is once again up for a $250,000 appropriation. And once again, for that money to be released, President Trump must appoint a federal co-chair tapped by the Senate to receive the funds. Once that’s done, the other $33 million is supposed to come.

For Wise, seeing is believing. As she wrapped up her tour this week in Petersburg, she is already planning a second-round push for April.