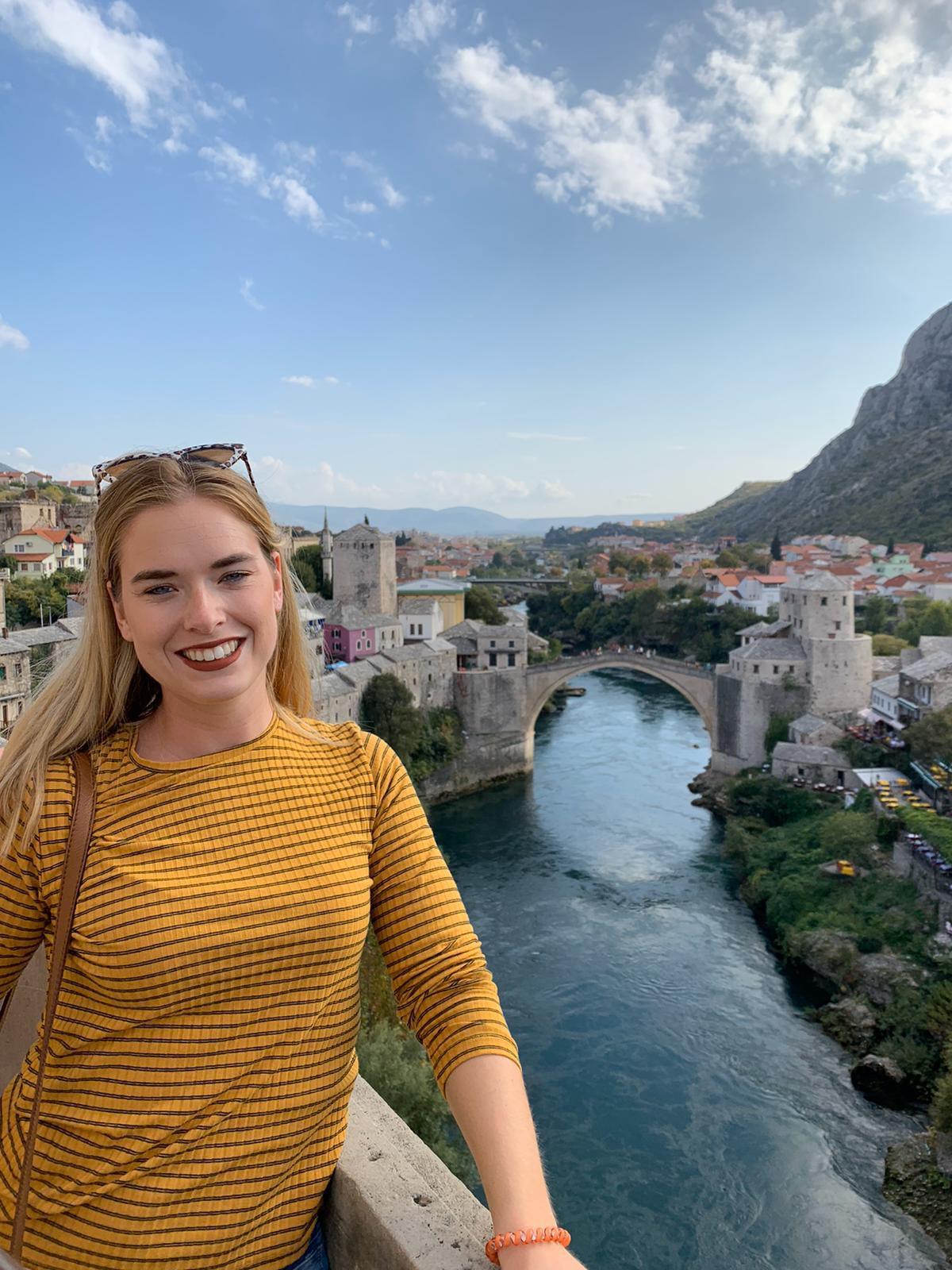 Paige Moody, seen in Bosnia, had to cut short her master's degree studies in Europe because of the coronavirus. 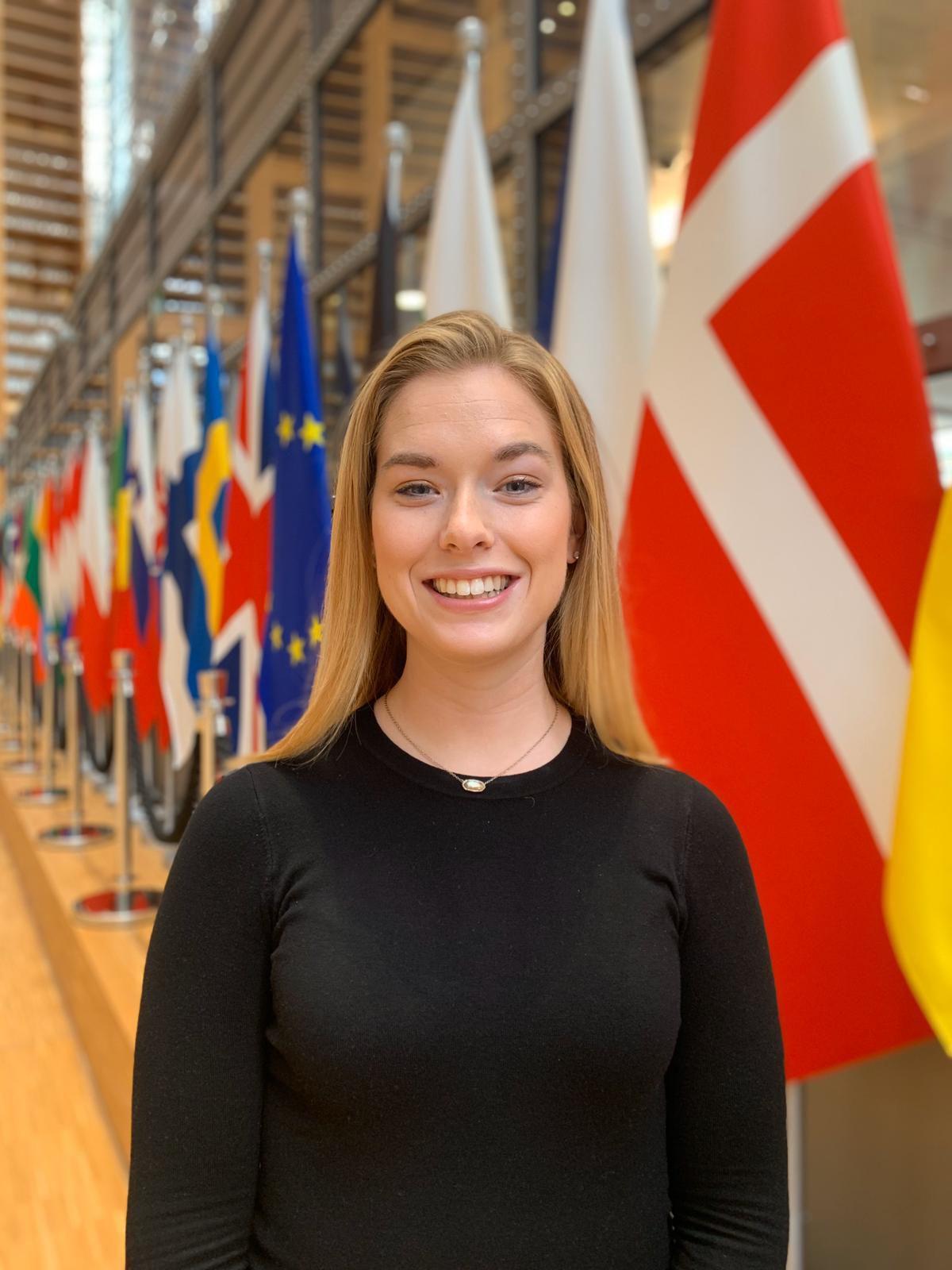 Paige Moody, seen in Bosnia, had to cut short her master's degree studies in Europe because of the coronavirus.

A couple of weeks ago, Paige Moody was enjoying life in Florence, Italy, looking forward to participating in a European Union government simulation program and interning with an international lawyer as she earned her master’s degree.

But her experience came to a sudden halt last weekend when concerns over the spread of the new coronavirus in Italy prompted the U.S. government to strengthen its warning to U.S. citizens to avoid travel there, and led to James Madison University canceling her program.

On Wednesday night, Moody returned home to Richmond, where she will finish her studies online from her parents’ home, rather than completing her semester in Europe.

JMU and many other universities throughout Virginia and the U.S. have decided to recall students studying abroad and cancel planned spring break trips scheduled for this coming week — particularly to China, South Korea and Italy.

The virus continued to raise international alarm this week, with the World Health Organization announcing Tuesday that the death rate for those who contract the virus is 3.4% — at least three times more deadly than the flu. U.S. lawmakers approved an $8.3 billion emergency funding package to fight the virus, and Italy decided to close all schools and universities throughout the country in an effort to contain the spread of the virus.

In canceling programs abroad, university officials throughout Virginia cited concern for students’ safety as well as how possible quarantine measures could disrupt students’ lives upon return.

“The safety and health of our students, faculty, and staff remains our highest priority,” University of Richmond officials wrote in a public update announcing that all spring break trips sponsored by the university had been canceled. “We recognize that this decision will be deeply disappointing for the students and faculty scheduled to travel over spring break, but after much consideration we determined that it was in the best interest of the members of our campus community.”

According to The Associated Press, there are more than 94,000 confirmed cases globally of COVID-19, the coronavirus disease that was first identified late last year in China. It has killed more than 3,200 people.

The U.S. reported more than 150 confirmed cases and 11 deaths, but there were no confirmed cases in Virginia on Wednesday. Three people who are suspected of having the virus have tests pending, according to the Virginia Department of Health.

Virginia Commonwealth University has canceled all study abroad to countries designated by the Centers for Disease Control and Prevention as having a Level 3 travel advisory, meaning the agency recommends that travelers avoid all nonessential travel. That includes to China, South Korea and Italy. This affects 31 students studying abroad in Italy and 10 in South Korea, according to Laura Rossacher, director for public affairs of VCU Health.

The University of Richmond canceled all six of its university-sponsored spring break trips, affecting about 75 students and a dozen faculty and staff members, said Cynthia Price, associate vice president of media and public relations for the university.

The University of Virginia has recalled all students studying abroad in China and Italy and has canceled all spring break travel, affecting 275 students, said Brian Coy, assistance vice president for communications.

James Madison University has closed all its study abroad programs to Italy, affecting 44 students, and canceled a spring break trip to Japan, which has 284 confirmed COVID-19 cases and has been given a Level 2 travel advisory by the CDC.

The College of William & Mary is prohibiting all travel to China, South Korea and Italy, and Virginia Tech has canceled all study abroad programs and spring break trips to Level 3 countries.

Some universities, such as VCU, are requiring all students and staff returning from Level 3 countries to self-quarantine for 14 days and receive clearance from a medical professional before returning to campus. Employees are expected to telework while quarantined.

Moody, the JMU student who flew back the U.S. on Wednesday from Italy, said she wasn’t screened or given any instructions to self-quarantine.

Some schools, including William & Mary, have pledged to work with students whose programs have been canceled to help mitigate the impact, including helping them to complete schoolwork remotely.

JMU is working with Moody and the other students to adapt the program and help obtain reimbursements where possible, Moody said.

Moody said she’s grateful to be safe and healthy, but she hopes the hype around the virus will not deter people from traveling when the time is right. She intends to return to Italy as soon as she can.