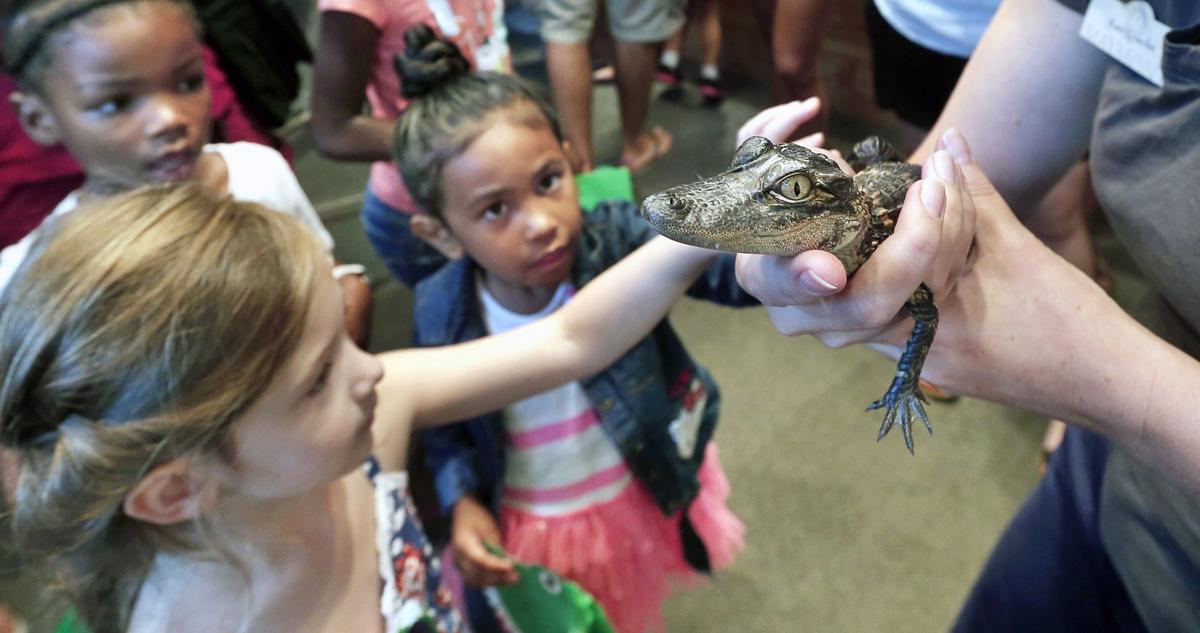 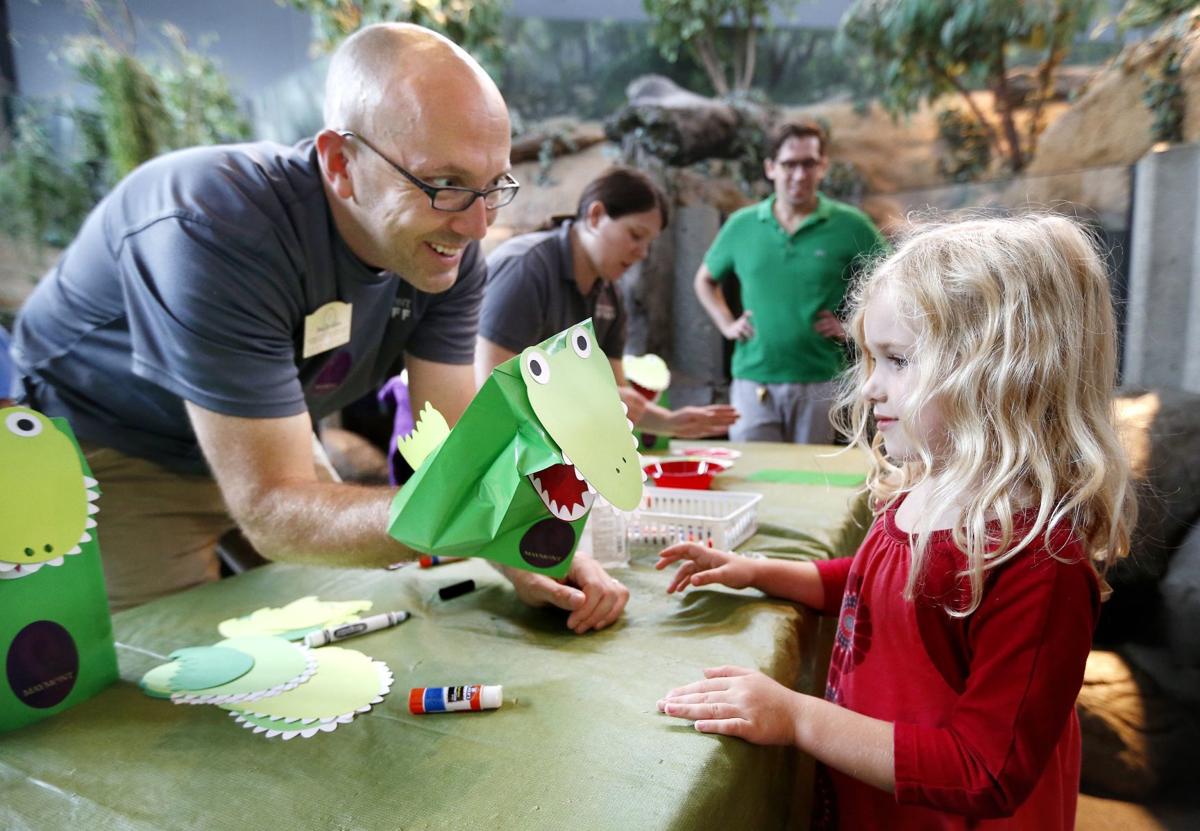 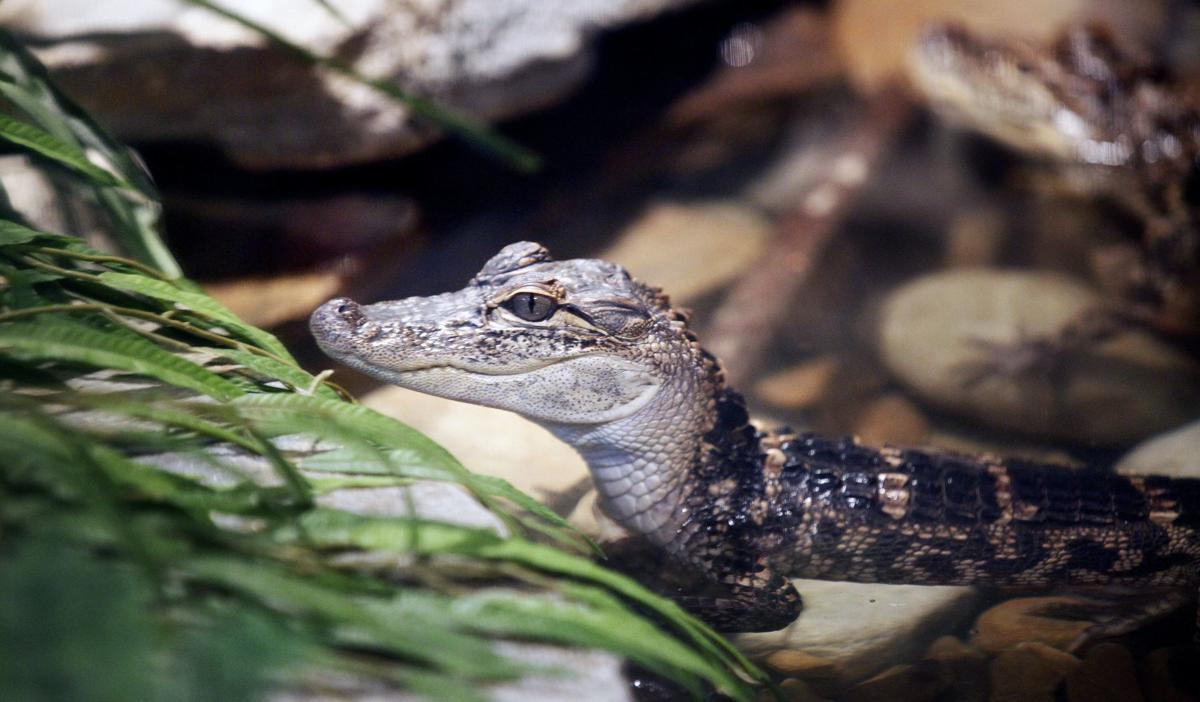 This is one of two American alligators in the new alligator gallery at Maymont's Robins Nature and Visitor Center on August 2, 2014.

This is one of two American alligators in the new alligator gallery at Maymont's Robins Nature and Visitor Center on August 2, 2014.

Maymont's nature center is getting a $2.3 million facelift.

The popular Robins Nature & Visitor Center, which was completed in 1999 and houses fish, turtles, otters and other animals found within the James River and Chesapeake Bay, will close Nov. 1. The new center will open in March 2020 with a theme - "Run of the River" - with a full slate of activities to explore, including a 34-foot interactive children's sculpture, new interactive learning technology, a specially-designed area for preschoolers, and an upgraded lobby for guests.

The nature center's aquatic and terrestrial residents will be off-exhibit during renovations, but will be housed at Maymont. When the new center opens, they'll have upgraded habitats with lighting and heating systems, and will be more visible to guests.

Focusing on the ecology of the James River as well as educating guests on environmental stewardship opportunities, the enhancements are described by Maymont officials as the "capstone project" of Maymont's Spirit of Generosity capital and endowment campaign, which looked to raise $26 million.

Park officials are less than $1 million away from that, said Maymont Executive Director Parke Richeson.

The James River "is such a part of our everyday lives," she said, adding that plans for the new center were created with the help of the community - James River advocacy groups, the city's park system and others - so that Maymont's plans weren't duplicating efforts, but rather another layer of richness to the area's growing river scene.

"It's 20 years old - it was time to give it a nice relook," Richeson said about the nature center. Its new array of interactive activities are the "kind of experiences that will make people dive in...and endear them to the river even more."

By written statement, Krista Weatherford, Maymont director of programming and community engagement, added that exhibits based on Virginia's Standards of Learning "will provide great learning tools for school visits, summer camps and guests eager to explore all aspects of our neighboring waterway."

This is the first major project involving the 29,000-square-foot center, which attracts roughly 45,000 people each year, since it opened. During construction, guests can access the estate and park through entry gates to the west of the nature center. The farm and estate entrances will be open as usual.

Construction is currently underway on the Mediterranean-style house at 1000 Westover Road that will house many of the Maymont Foundation’s administrative employees. The $5 million project, which began in January, is expected to be completed in November.