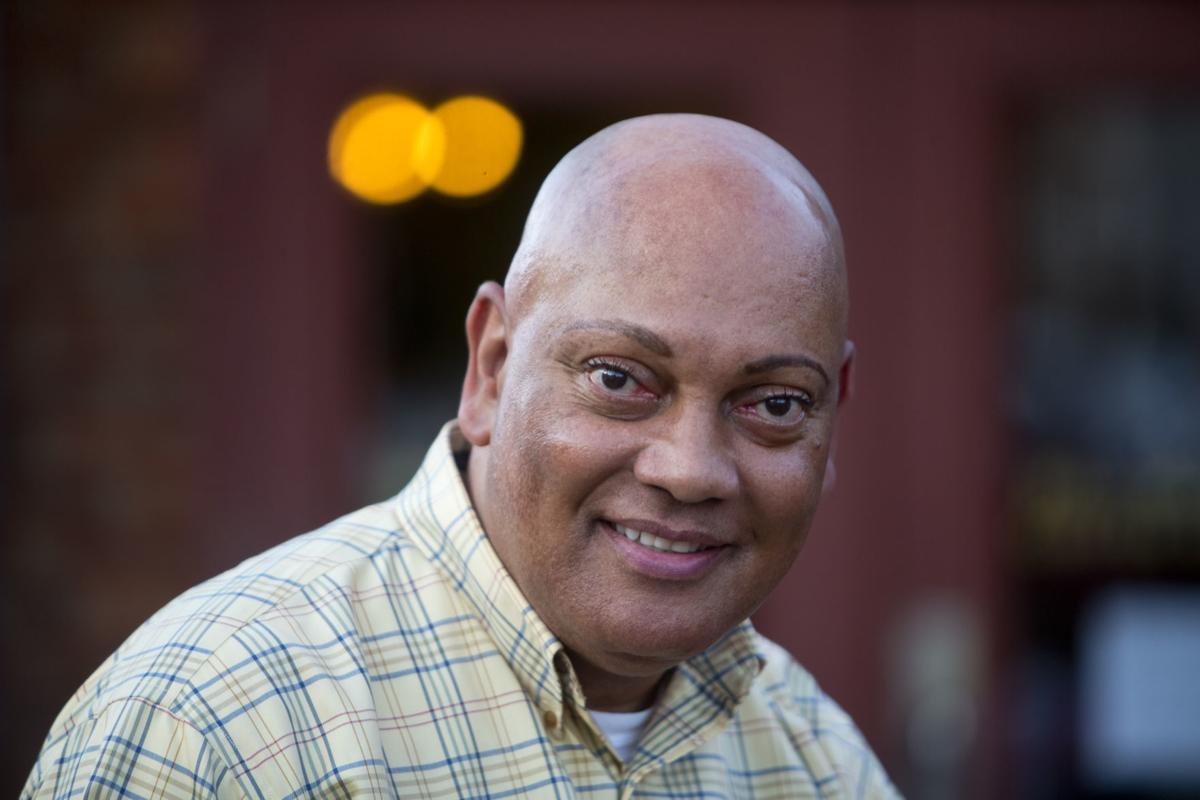 Peter Thornhill, 60, of Roanoke, grew up in Lynchburg, but he used to frequently visit Roanoke when he was younger to go to gay bars. Thornhill is part of an organized effort to collect the histories of people in the black LGBT community in Southwest Virginia. 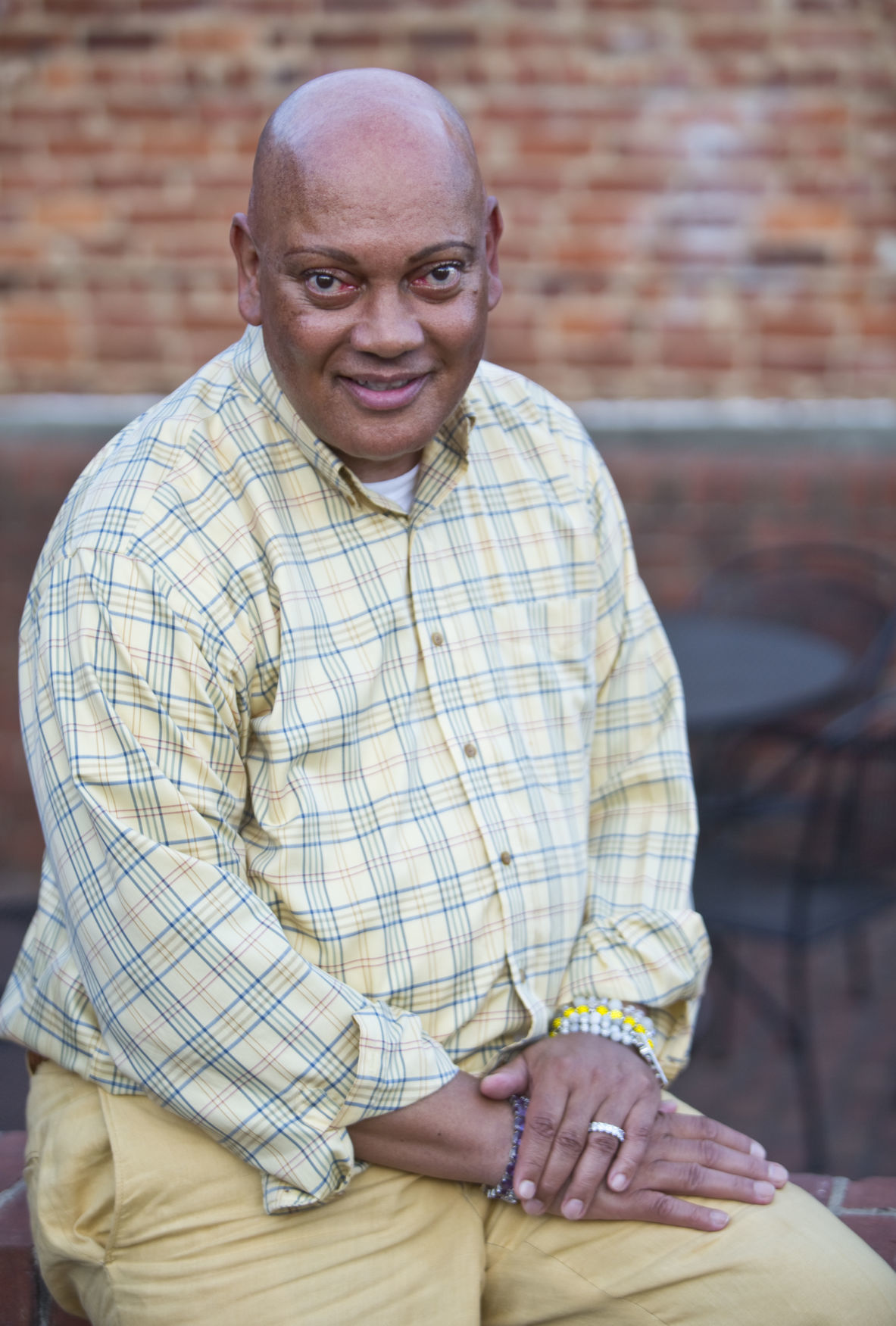 Peter Thornhill, 60, of Roanoke, said he had a rocky start growing up gay in a religious household in Lynchburg. He’s shared his story as part of an ongoing history project to archive the experiences of people in the black LGBT community in Southwest Virginia.

Peter Thornhill, 60, of Roanoke, grew up in Lynchburg, but he used to frequently visit Roanoke when he was younger to go to gay bars. Thornhill is part of an organized effort to collect the histories of people in the black LGBT community in Southwest Virginia.

Peter Thornhill, 60, of Roanoke, said he had a rocky start growing up gay in a religious household in Lynchburg. He’s shared his story as part of an ongoing history project to archive the experiences of people in the black LGBT community in Southwest Virginia.

There’s not a bare spot on the walls inside Don Muse’s home. They’re covered with album covers, paintings and portraits of musicians. “Dancing Queen” by ABBA plays in the kitchen, where Muse prepares a cup of tea.

His entire home in Roanoke’s Old Southwest neighborhood is an homage to one of the most life-changing moments for Muse, a 61-year-old black gay man.

“Being a black gay man in a city like Roanoke, some people hid their lives or weren’t open about it,” Muse said.

Because of the reluctance to acknowledge the existence of gay people in the black community, Muse thought he was the only gay black teenager. Eventually, he found other gay people when he ventured to other parts of the city and to places welcome to lesbian, gay, bisexual and transgender people. Where there are now nice apartments on the corner of Fourth Street and Elm Avenue in downtown, the Horoscope operated as the city’s first gay dance club — owned by a black gay man.

“I know they had to put the holy water and salt down for that thing after what went up in there,” Muse laughed.

After he met a man in the entertainment business in Las Vegas, he no longer felt like he had to hide.

“You can be gay in the entertainment business, and nobody gives a damn,” said Muse, who went on to have a career in the music business as a writer, producer, promoter and consultant. “That’s what really brought me out of the closet.”

Muse and other black LGBT residents have been collecting these stories about their experiences growing up in the South as part of a continuation on a project started a few years ago by Gregory Samantha Rosenthal, an assistant professor of public history at Roanoke College. Black residents observed the Southwest Virginia LGBTQ+ History Project in its early stage had not included a good representation of black experiences.

“When you look up LGBTQ+ history so much of it comes from white gay men firstly and then white lesbians, that you lose the underlying struggles and fights for equality that were so hardly fought by the minorities in the LGBTQ+ community,” said Ashleigh Griffin, 22, who interned with the project this year while studying at Virginia Tech.

The Queer/Trans People of Color Project: Representation Matters is filling that void. Griffin said the project has been important in helping LGBT people of color to share their stories publicly in a way they haven’t been able to in the past.

The experience also helped her, a black queer woman. Growing up with a white mother and black father in an affluent suburb of Richmond, she struggled to become comfortable with her racial background, gender and sexual identity. She said her experience with the history project has helped with that.

The main component of the Queer/Trans People of Color Project is collecting oral histories, which the downtown library houses. This week, the project is bringing E. Patrick Johnson, an author and Northwestern University professor whose expertise includes black studies and sexuality, for a lecture and dramatic reading of oral histories he has documented about black LGBT people in the South.

“In the black community, homosexuality is taboo,” said one 50-year-old black gay man, who preferred to remain anonymous because of the complex relationship with his family. “It’s taboo in a lot of communities, but in the black community it’s really taboo.”

He came out when he was 16 years old, but his mother was not supportive. She still isn’t.

He grew up in a Baptist household in Roanoke. He went to church every Sunday and to Sunday school.

“The church has a don’t ask, don’t tell policy,” he said. “They know you’re gay, but as long as you don’t talk about it, or bring your partner to church, they’ll deal with you because you serve a purpose of bringing music or some other purpose.”

The hostility cuts hard against the history of how black churches have flourished, he said, especially with gay singers and popular gospel choirs. Black pastors have also not been strangers to gay sex scandals over the years.

Being bullied, being invisible, took a toll on him over the years. He attempted suicide when he was a teenager. At 18, he moved to Boston to live with his sister and join a youth group for LGBT people.

“I’m not bitter about that, honestly, because when I look back on it, I don’t blame them,” he said. “It’s just that they were a victim of the way society thought, not only just the general white society, but mainstream society and religion in the church.”

Studies have shown for years that teenagers who identify as lesbian, gay, bisexual and transgender are much more likely to die by suicide than their heterosexual peers.

Peter Thornhill, a 60-year-old black gay man, said there’s a real struggle in deciding whether to come out to parents. They know of plenty of people who got kicked out of their homes when they were kids. Thornhill said he noticed that black families didn’t put their kids out in the streets as much, choosing instead to not acknowledge their children’s sexuality.

Thornhill grew up in Lynchburg — what he described as the “buckle of the Bible Belt” — during the 1960s as Jerry Falwell Sr.’s influence grew. Thornhill’s family was Southern Baptist.

“My mother and I are in a nice place now, but it was rocky for a while,” Thornhill said. “Because of upbringings and the church, it was this situation of … she knew this was a part of my life, but we didn’t talk about it.”

When Muse mentors young people, he tells them the harsh reality of what it was like to grow up as a gay black man in the ’60s and ’70s.

“I don’t care about disco balls, disco music and people having a great time, party, party, party,” Muse said. “There was a dark side to being in the gay life that lots of people did not survive.”

LGBT people had a harder time going to police if someone abused them. He knew of countless black gay men who died from AIDS.

A man he dated got shot at the Backstreet Cafe, then a gay bar in downtown Roanoke, in 2000. Ronald Edward Gay, who loathed his name, walked in and opened fire, killing one man and injuring six others. The shooting drew attention for the first time in a major way to the LGBT community in Roanoke.

“Even in 2019, you are not loved by everybody,” Muse said. “You can’t walk around thinking we can get married now and everybody loves gay people. That’s not necessarily true. But don’t let that be the reason you don’t get up in the morning.”

There have been great strides since then, but there is still a lot more progress to be made, he said.

“The best thing that ever happened to me was I was born black, gay and a man,” Muse said. “I can fight all three fronts. I still do every day.”

The Southwest Virginia LGBTQ+ History Project is archiving materials to tell the stories of the LGBT community in the region.

For nearly two decades, Roanoke’s Lesbian, Gay, Bisexual and Transgender Memorial Library has been shuffled from location to location, settling for a few years in a business or storefront only to be closed and moved again.

After Orlando, memories resurface of shooting at Roanoke's Backstreet Cafe

As Deanna Marcin poured beer from the behind the counter of Backstreet Cafe, she reflected that the terrorist attack at a nightclub in Orlando, Florida, was a reminder that the fight against hate never ends.

Where: Bank Building at 223 E. Main St. on Roanoke College’s campus in Salem

Cost: Free and open to the public

What: E. Patrick Johnson will provide some historical context for why homosexuality is taboo in black communities in the South and sometimes considered as outside the black “family.” Based on oral histories he has collected from black LGBTQ southerners over the past decade, Johnson provides some examples of the ways in which black LGBT people resist being pushed to the margins in black community and instead instantiate their inclusion in black community, citizenship and humanity.

Where: The Spot on Kirk at 22 Kirk Ave. S.W. in downtown Roanoke

Cost: Free and open to the public

What: This dramatic reading is based on the oral histories collected in Johnson's groundbreaking books, “Sweet Tea: Black Gay Men of the South — An Oral History” and “Black. Queer. Southern. Women.: An Oral History.” The narratives are from Black gay men and same-sex-loving women who were born, reared, and continue to reside in the South and range in age from 18 to 93. This performance covers the following topics: coming of age in the South, gender performance, religion, sex, love stories and coming out.