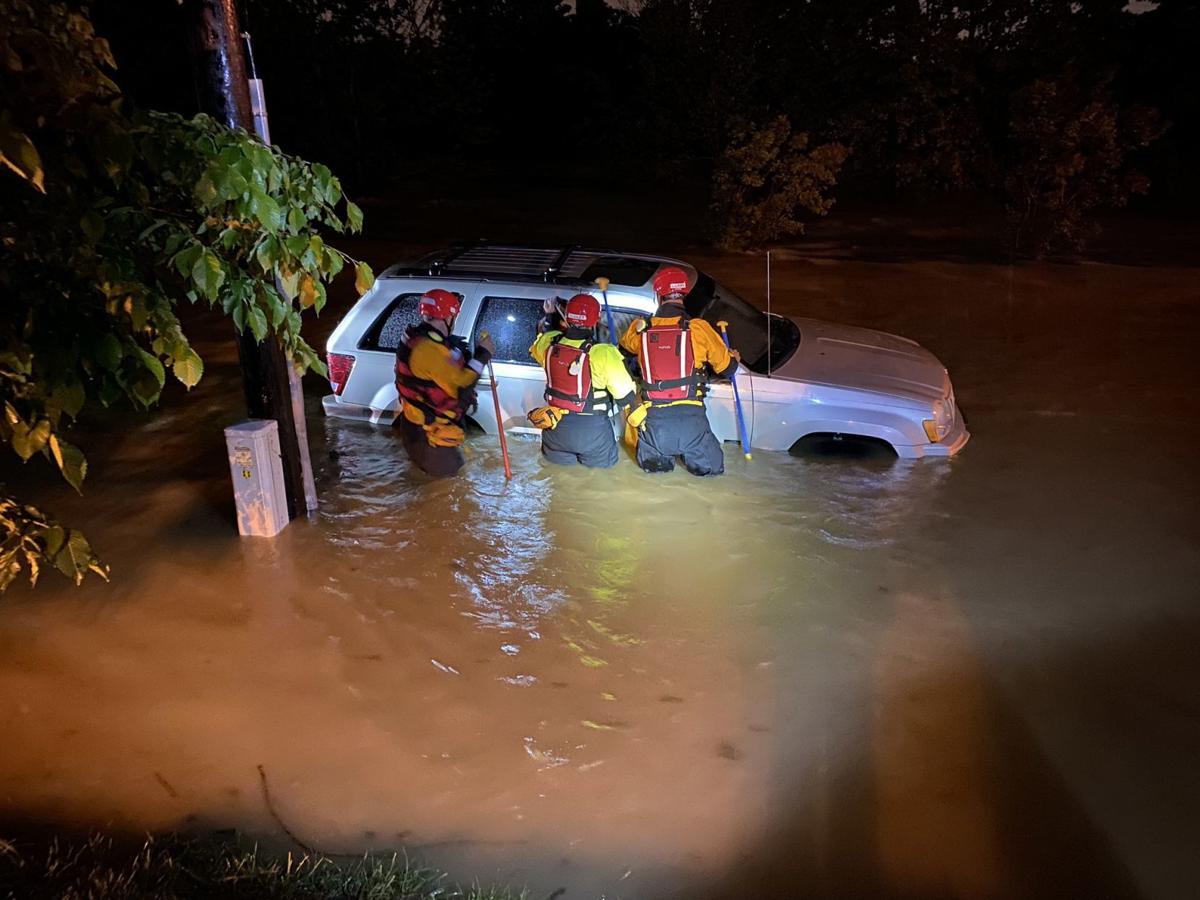 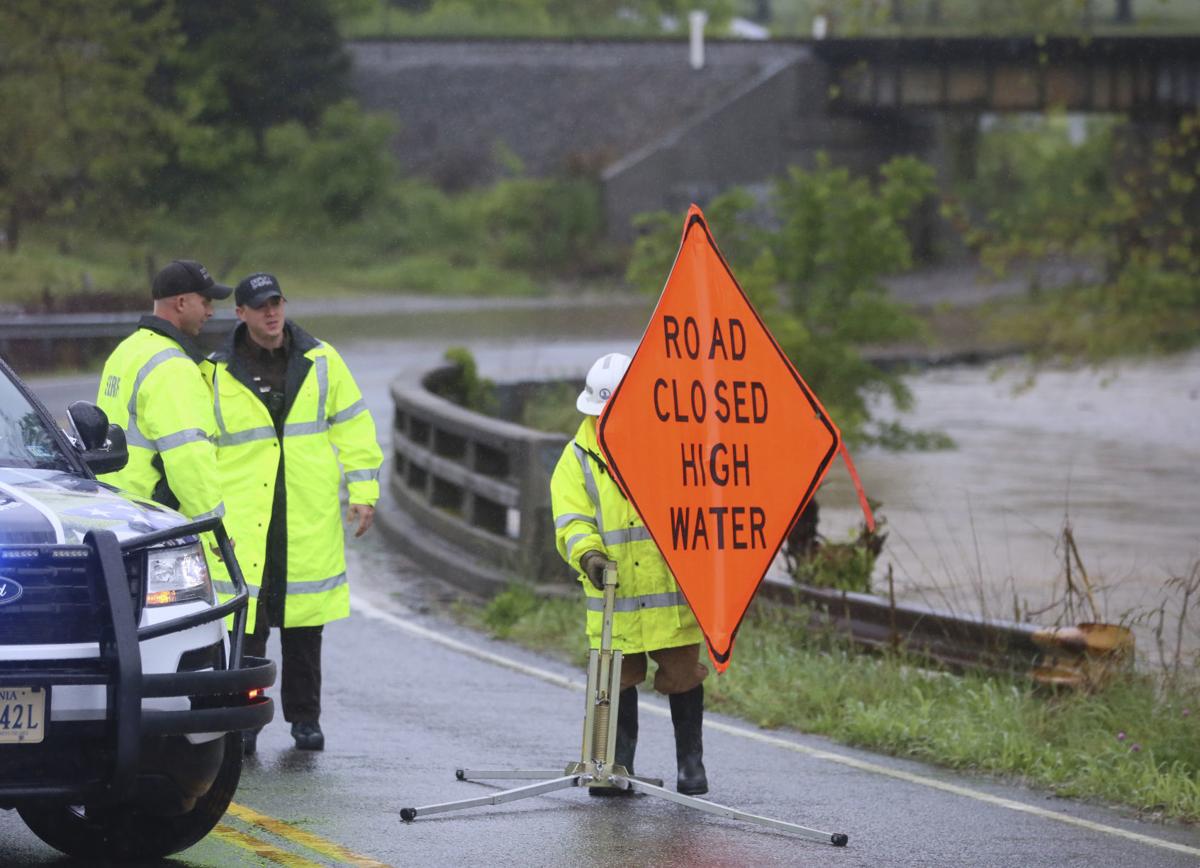 Montgomery County sheriff’s deputies stand by as Dean Davis with the highway department posts a sign on North Fork Road in Montgomery County where the Roanoke River and Bradshaw Creek converge. 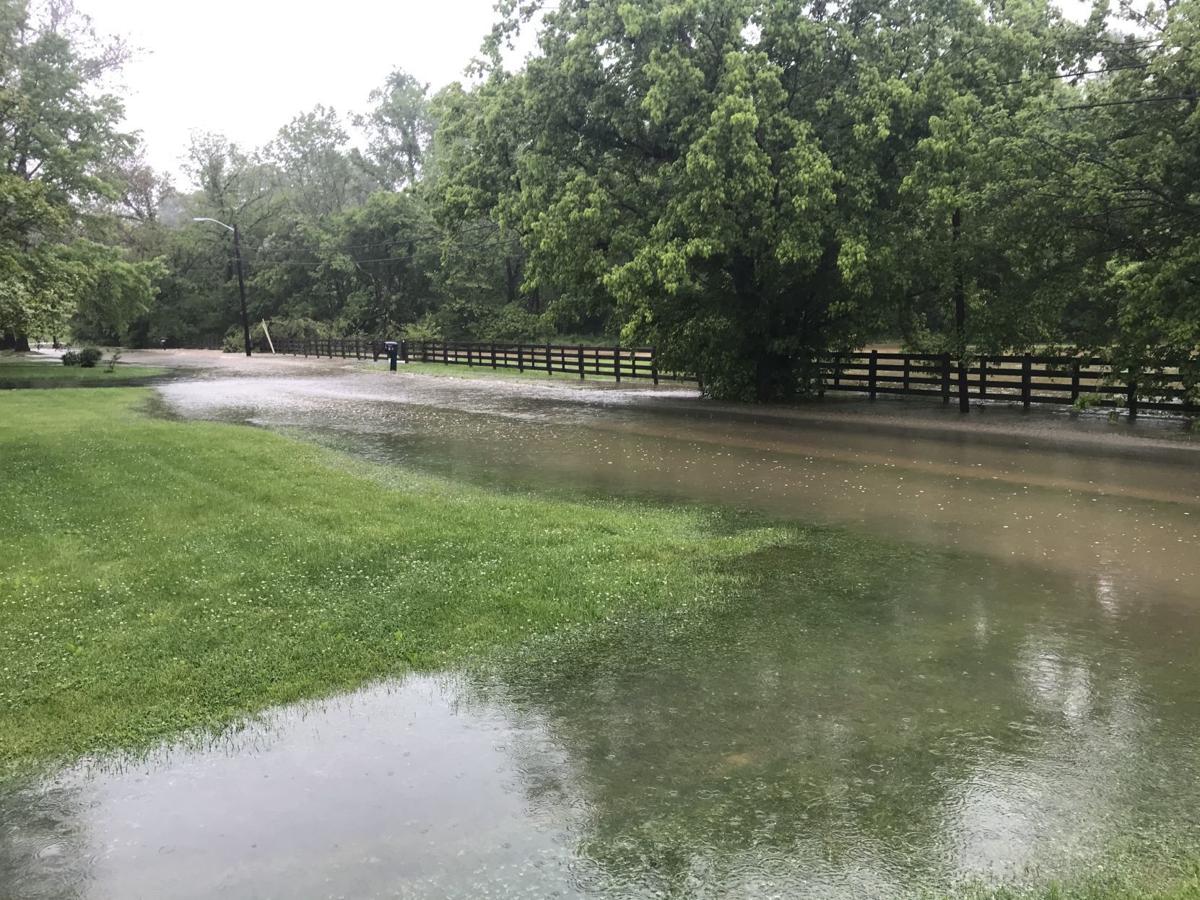 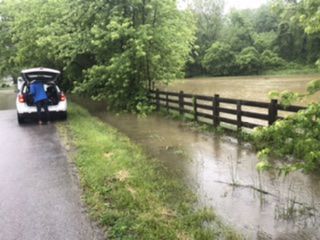 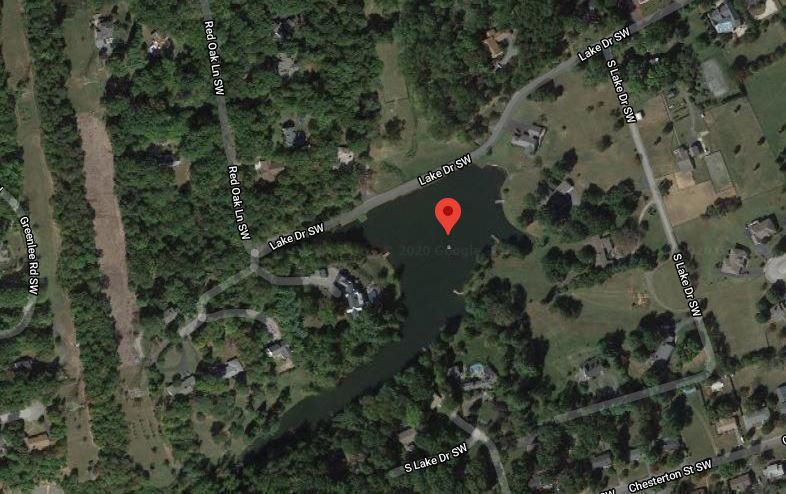 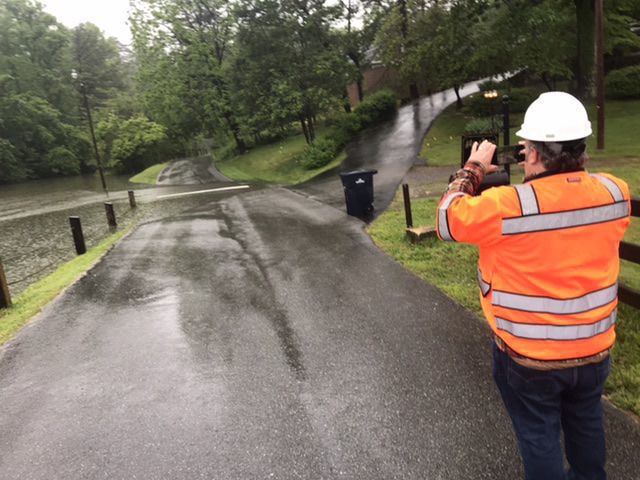 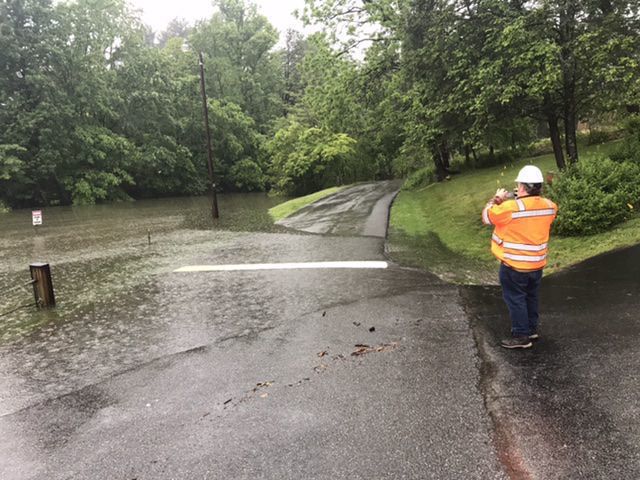 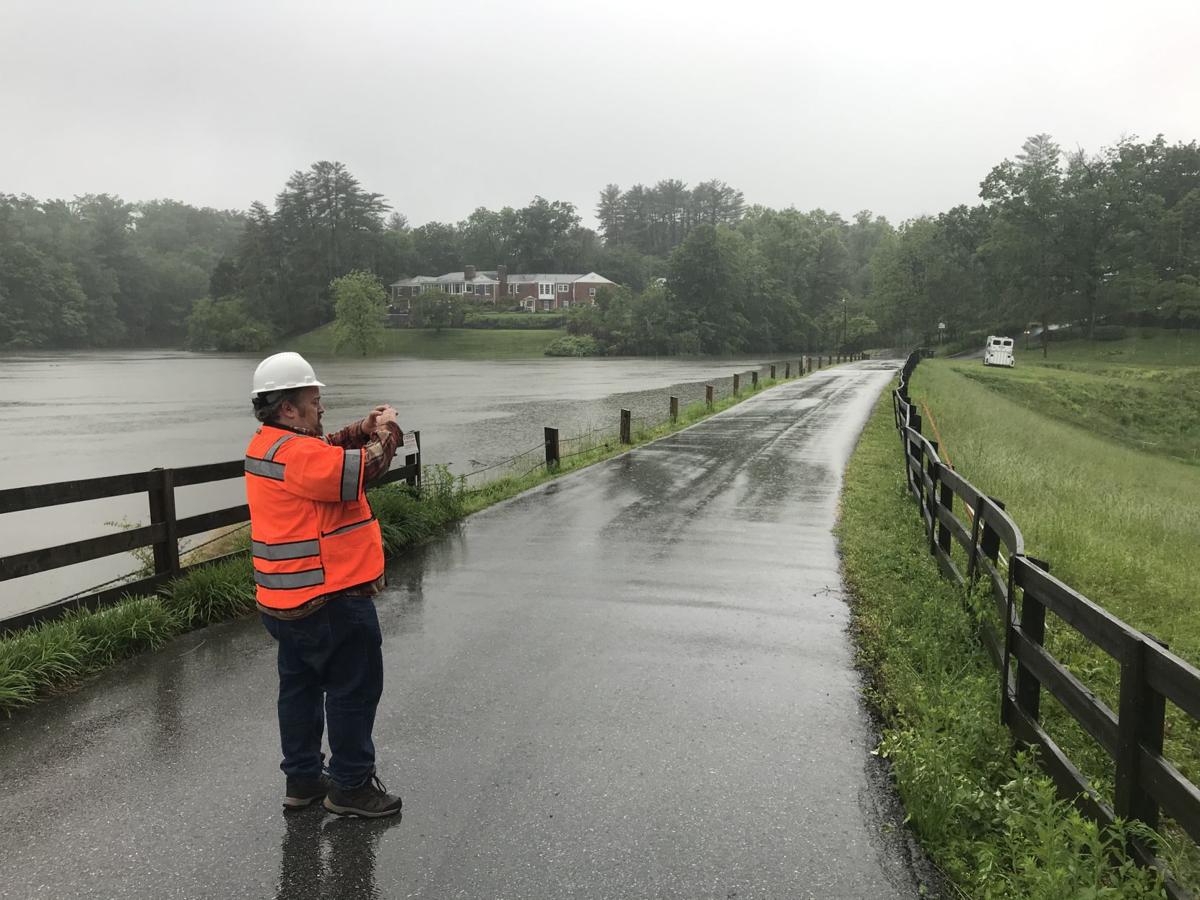 Residents of nearly 13 homes in southwest Roanoke were told to evacuate because of the possible failure of the Spring Valley Dam due to torrential rain.

The dam forms Spring Valley Lake, one of a series of small creek-fed lakes located in the Greater Deyerle neighborhood. People who live downstream from the lake were notified by telephone calls from the city’s Reverse E-911 system and by Roanoke Fire-EMS personnel going door to door, according to a city news release.

Homes were evacuated along the following streets:

The neighborhood, wedged between Brandon Avenue and Deyerle Road, has received 7.6 inches of rain since Tuesday, according to information found on the Roanoke’s Stormwater Utility’s online precipitation app.

Affected residents were notified via reverse 911 and were evacuated by emergency personnel who went door to door to the 13 homes identified as being at risk if the dam fails.

Residents in this affected area were advised to:

1. Evacuate now and go to higher ground outside the flood plain.

2. Gather supplies and leave immediately. Determine you and your family’s specific needs such as medication, baby items, etc. Don’t forget the needs of pets. Obtain extra batteries and charging devices for phones and other critical equipment.

3. Keep important documents in a waterproof container and take them with you.

4. Do not walk, swim or drive through flood waters. Turn Around, Don’t Drown.

In the southeast part of the city, near the Roanoke River, Roanoke Fire-EMS crews saved one person from a vehicle at Bennington Street and Pike Lane at about 9:20 p.m. Wednesday, the agency reported on Twitter. About 10:50 p.m., crews went to Bennington Street and Edgerton Avenue Southeast and rescued three people trapped in a vehicle.

Crews rescued two more people from a vehicle at 1:20 a.m. Thursday in the 1600 block of 13th Street, due to flood waters.

No injuries were reported in the three rescues.

As of Thursday morning, the Roanoke River in Roanoke had reached a height of 15.33 feet, just shy of a 16-foot marker that designates major flooding, according to the National Weather Service. The river there was expected to crest at 16 feet Thursday afternoon.