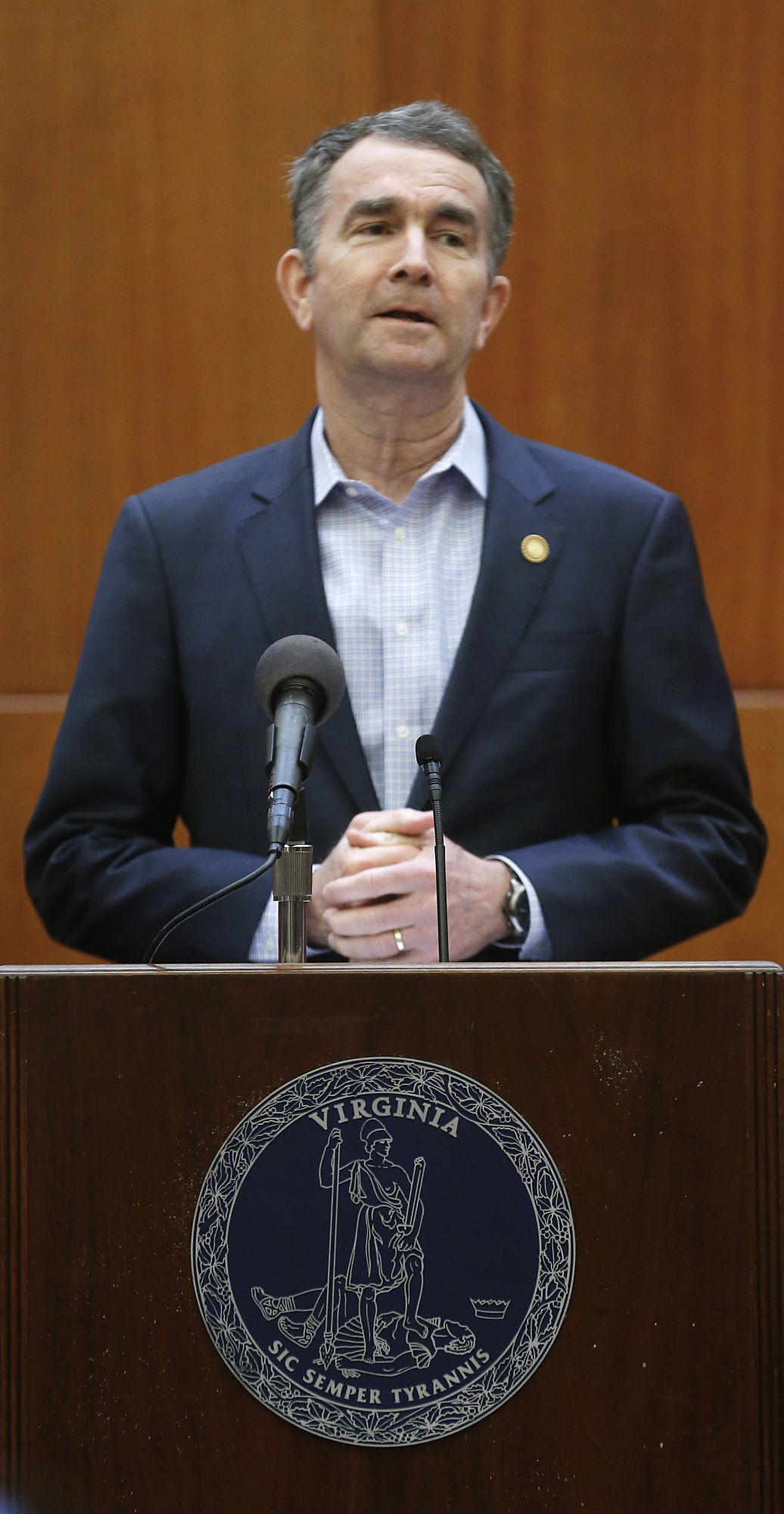 All three of the patients were women in their 80s and residents of the Peninsula Health District. They were from Newport News, Williamsburg and James City County. The source of their exposure is unknown, according to the Virginia Department of Health.

The three women had been hospitalized, and one was a resident of a long-term care facility, officials said. Two of the patients previously tested positive for the virus, and the third was a newly positive case.

Two of the earlier three Virginia deaths also were Peninsula residents, men in their 70s. The other earlier fatality was announced on Saturday, a Fairfax man in his 60s who died of respiratory failure.

At a news briefing on Sunday, Gov. Ralph Northam warned Virginians that the turmoil caused by COVID-19 will stretch out for several months. State officials said Virginia had 68 new confirmed cases, a 44.7% increase from Saturday. As of Sunday, the total number of confirmed cases was at least 220 in Virginia.

One reason for the spikes in the numbers is that more tests are being done, said Larry Hill, a spokesman for the VDH.

Northam announced the increase on Sunday with a plea that residents stay inside and continue to practice social distancing to curb the spread of the disease.

“Social distancing does not mean congregating on a crowded beach,” he admonished. “This is not a holiday. This is not a vacation.”

Northam addressed the reported shortage of personal protective equipment, or PPE, for medical personnel across the state and said the Virginia Department of Emergency Management shipped a major supply on Saturday to emergency medical services, health districts and hospitals across the state.

He also called on private companies to do more to help with supplies, which include gloves, gowns, masks and respirators.

Northam encouraged hospitals to reschedule elective surgeries, a step many have already taken, to free up workers, equipment and blood donations for the coming surge.

After an open letter from long-term care medical professionals last week, the VDH updated its testing guidelines Friday to remove the requirement for residents to complete a respiratory viral panel prior to COVID-19 testing, a process that could take up to a week.

Northam said it was important to protect those who suffer the most extreme outcomes and the health care workers who take care of COVID-19 patients.

“We know a majority of people who get sick will experience mild to moderate symptoms, so, as a country, our priority must be to protect the people who are most vulnerable: older people, people with underlying health conditions and our health care workers themselves,” he said.

Northam did not institute any further restrictions some other states have already adopted, such as mandating work-from-home policies, curfews or travel limitations to health care facilities or essential businesses only.

No decision was announced on state-level economic relief either as many service industry workers around Virginia have been cut due to the drop-off in business.

James Millner is a server at Shagbark, but he is not working because the restaurant is only offering takeout. He said he has savings and a fiancee still working from home, but he suspects that his situation is uncommon.

“I am most concerned about my friends and co-workers at this point,” Millner said in an email. “Most of them have little, if any, cushion, and missing one paycheck can mean the difference in being able to pay rent or not.”

Brian Moran, Virginia’s secretary of public safety and homeland security, fielded questions about the state’s prison population and said no COVID-19 tests have been run on inmates as of Sunday.

At least 38 inmates and employees at Rikers Island in New York City had tested positive for COVID-19 as of Saturday, and Moran said restrictions have been put in place in attempts to limit the possible exposure of inmates in Virginia prisons.

Virginia has suspended visitations and transfers and has given guidance to the state parole board to review older inmates’ cases to expedite the release of those over 60 who would be most vulnerable in the case of an outbreak, Moran said.

The state has also recommended alternatives to incarceration for low-level offenders, such as home-monitoring systems, to reduce the jail population and limit the chances of exposure.

University of Virginia Health announced on Sunday that all clinic visits through April 6 will be rescheduled and hospital visitors will no longer be allowed.

Exceptions to the new restrictions include if the patient is a child, dying, having a baby or having an operation with anesthesia, and any exceptions must be asymptomatic and have approval from the hospital unit manager.

Northam said he would announce Monday an update on school closures, and daily news conferences will be moved to 2 p.m. going forward.

Drive-through testing pops up in Chesterfield on Friday

TIMELINE: A look at how coronavirus news developed and quickly escalated in Virginia

The news escalated at a staggering pace over the past three weeks.