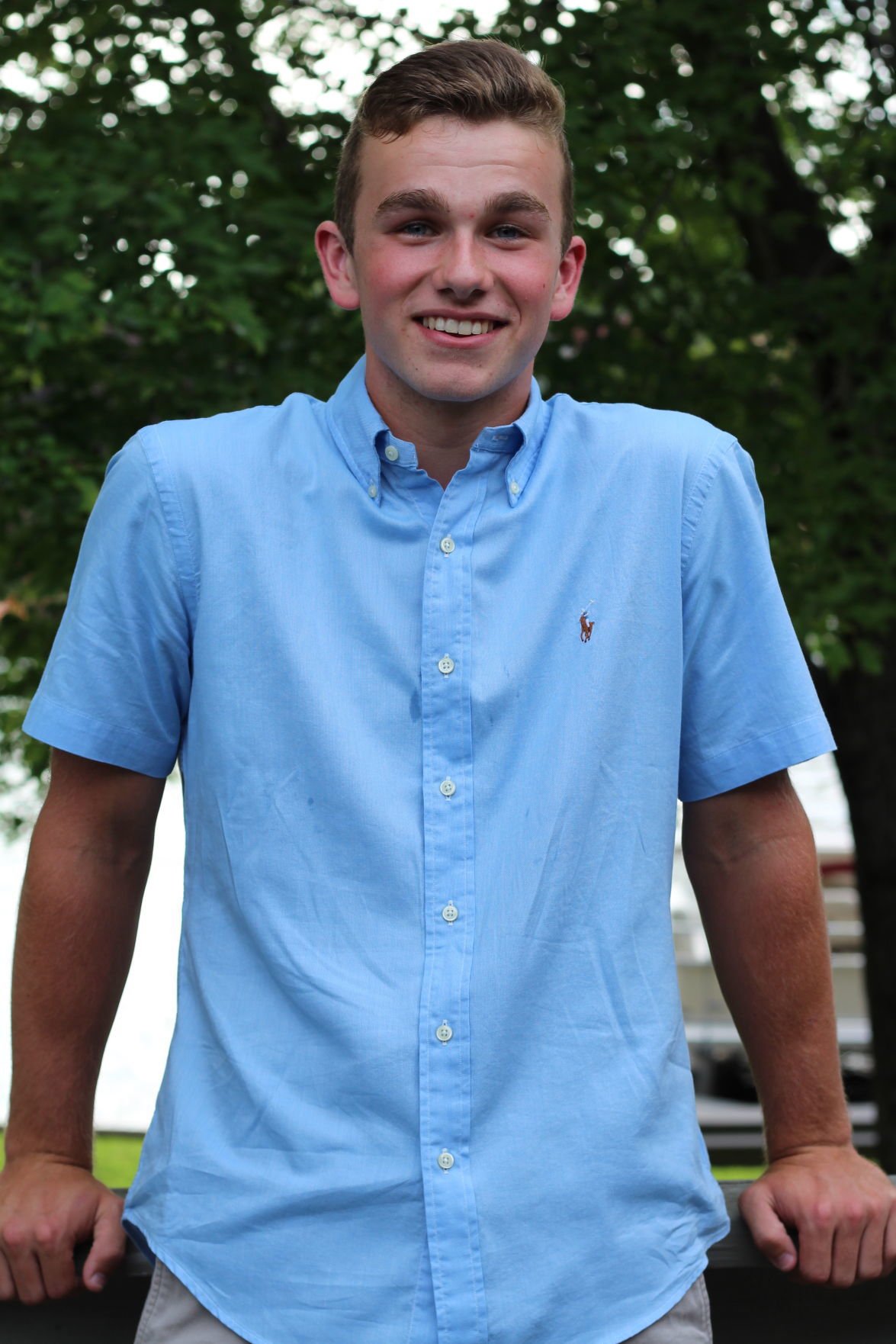 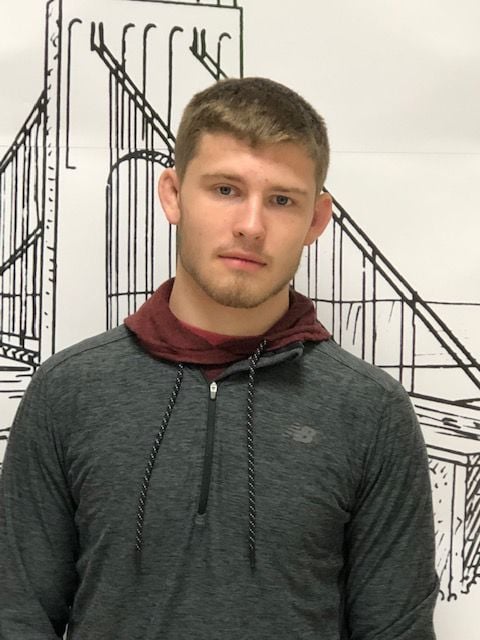 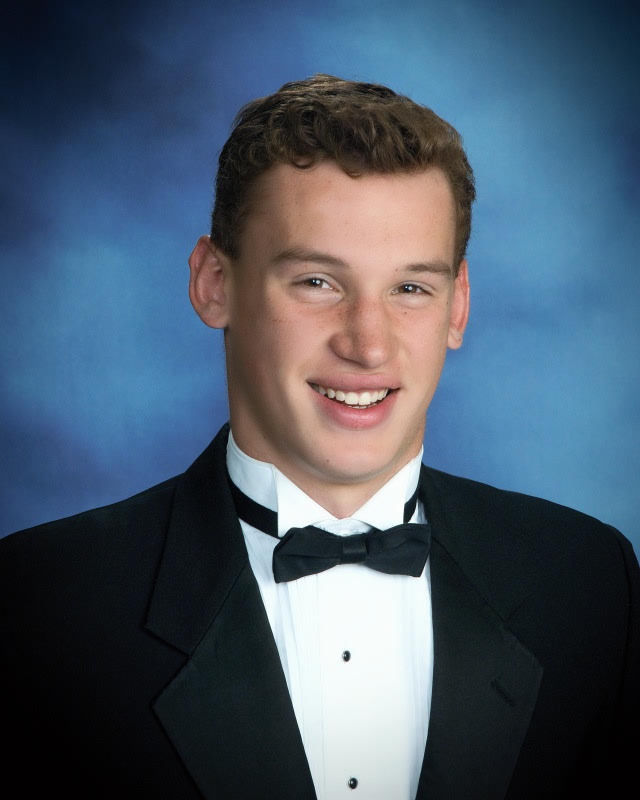 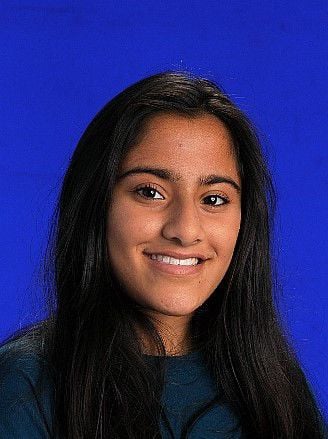 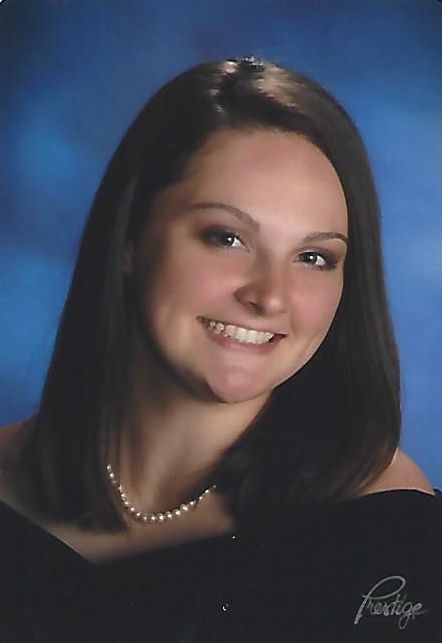 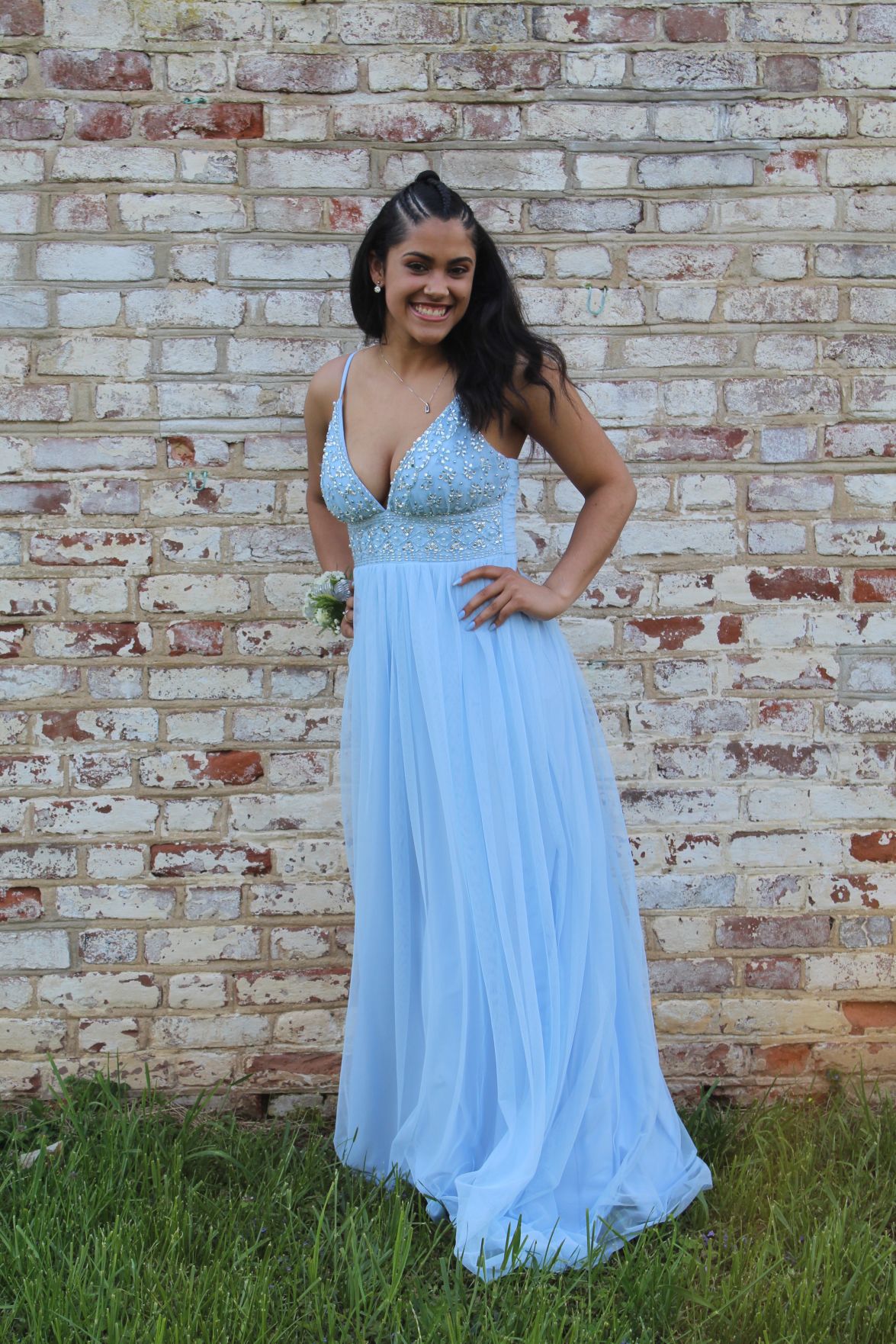 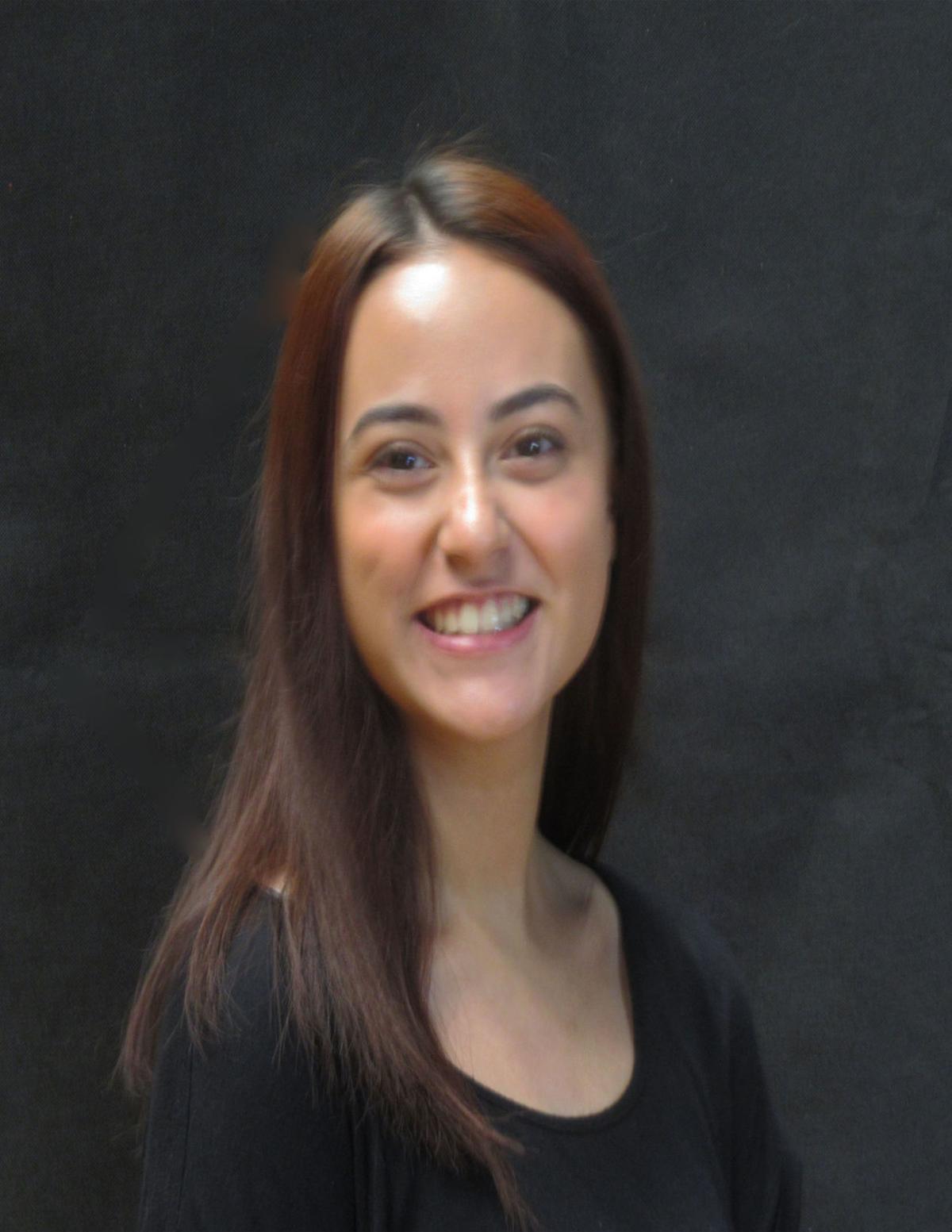 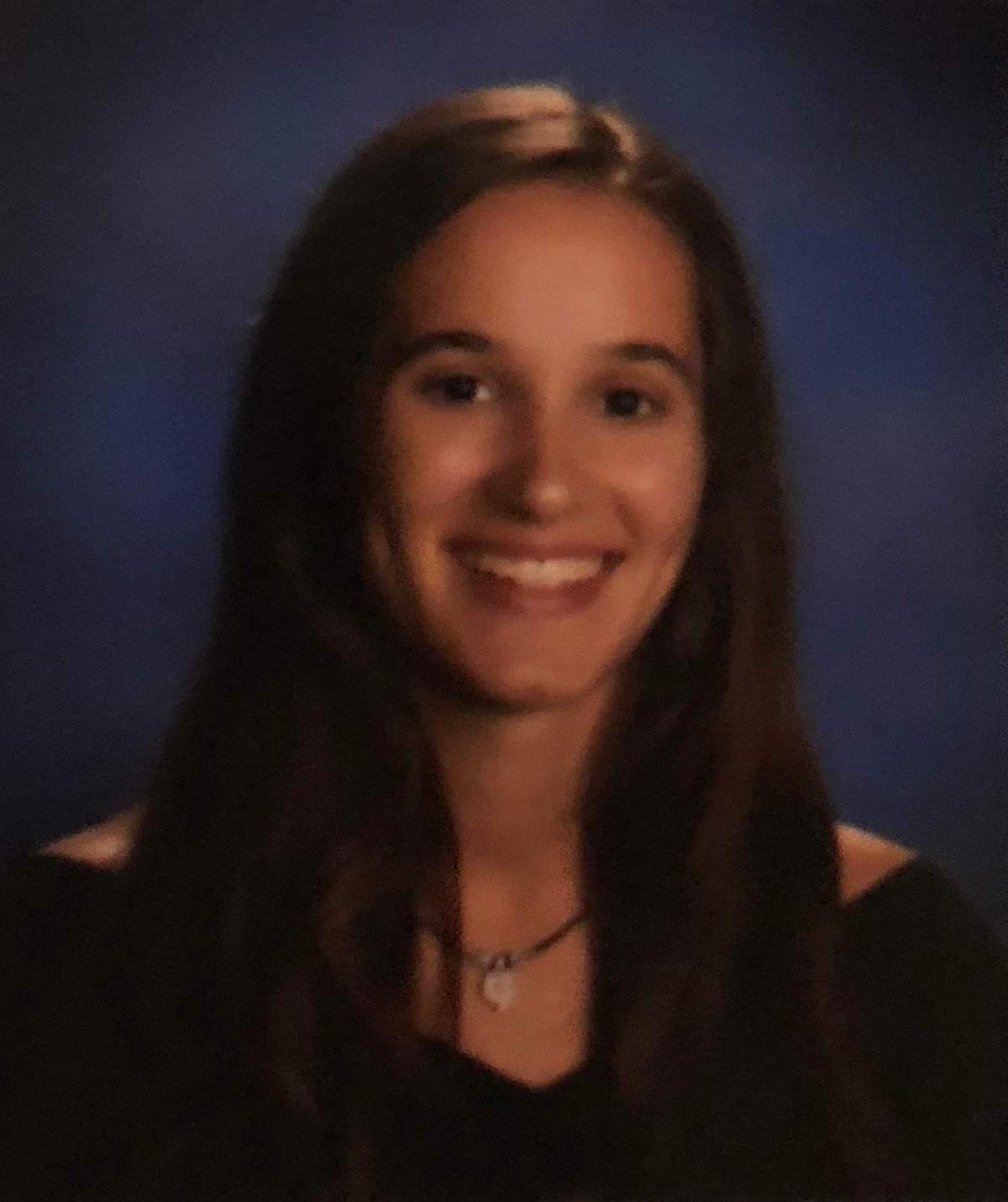 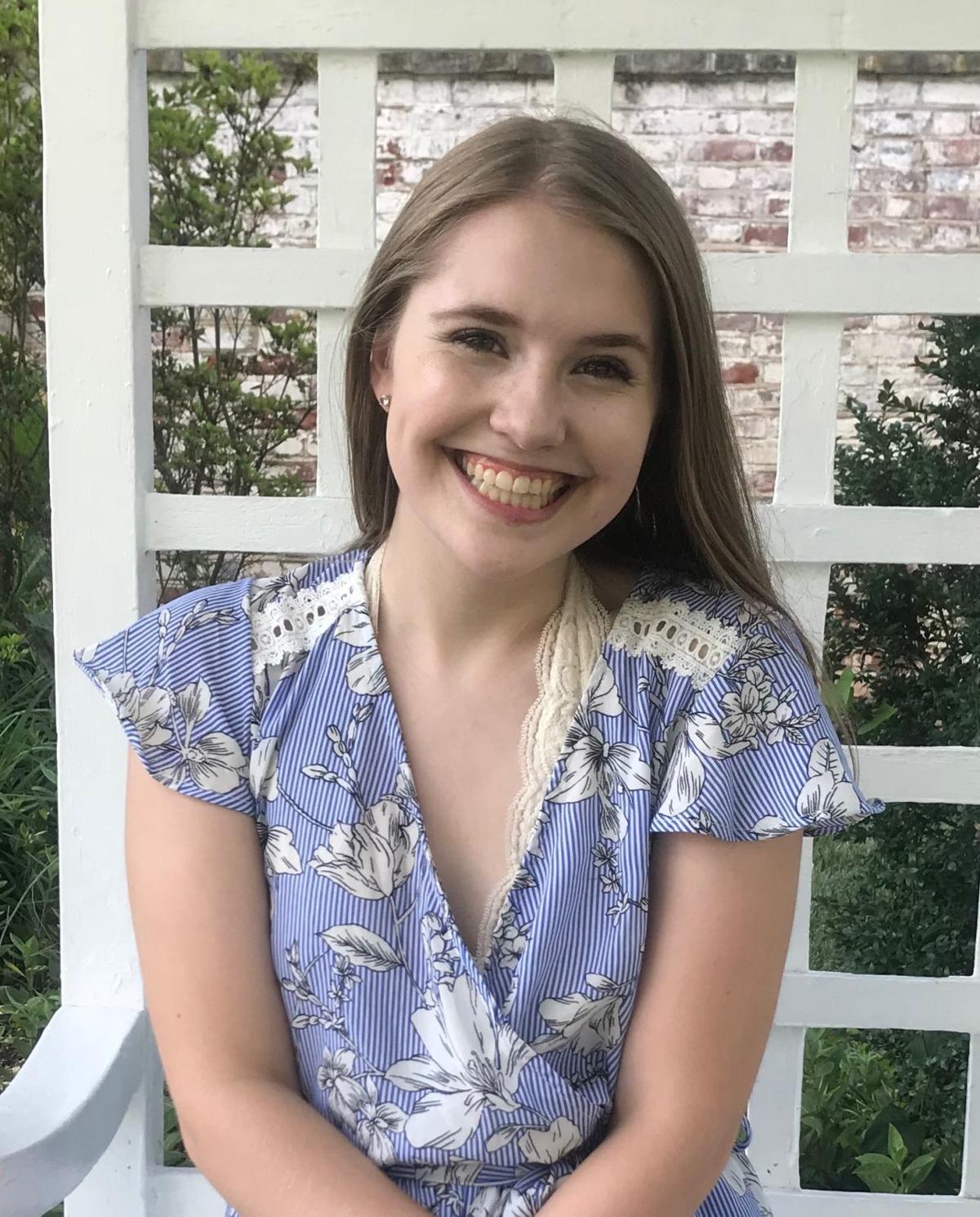 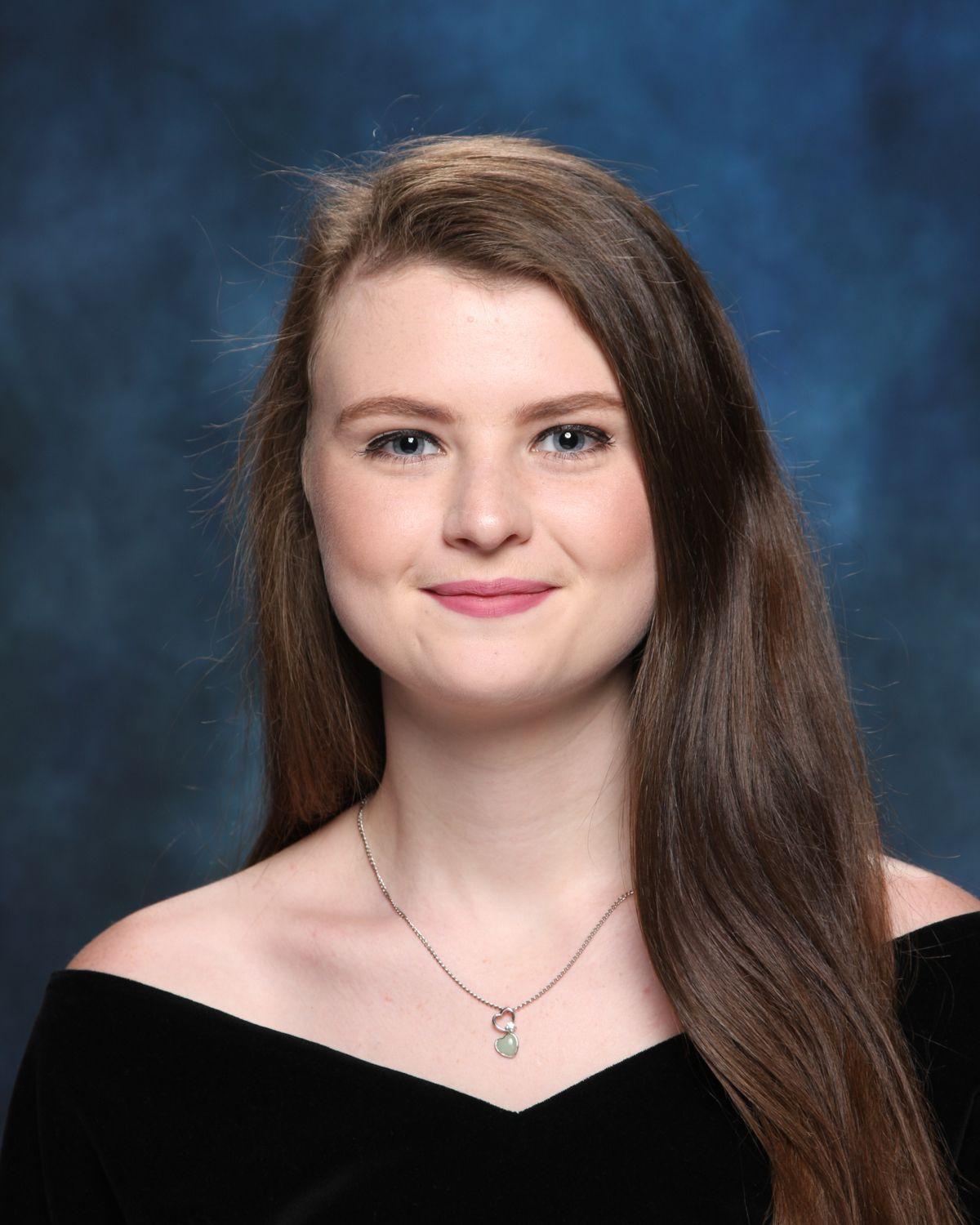 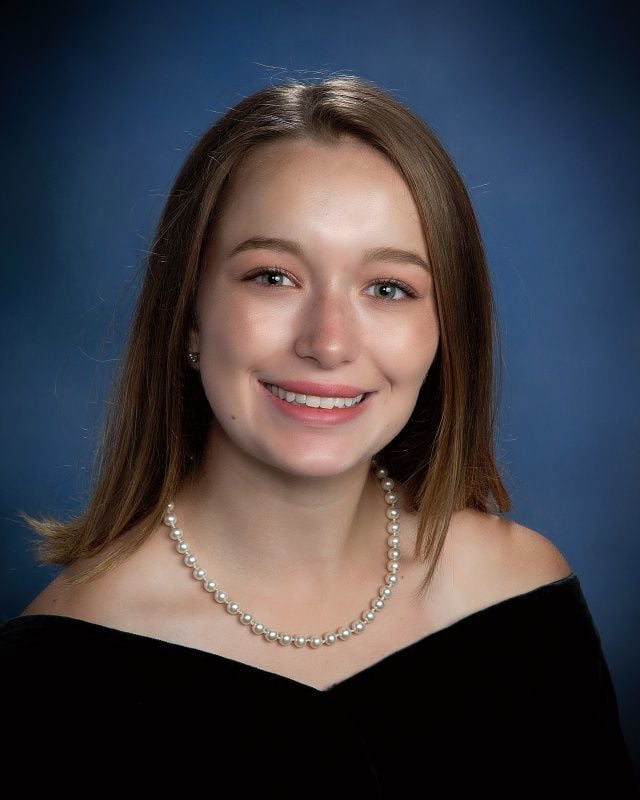 Guinevere Unterbrink, the daughter of Kimberly Carrol and Kevin Unterbrink, is a senior at Caroline High School. Guinevere has maintained an exceptional academic record while attending The Chesapeake Bay Governor’s School and taking multiple advanced and college level courses. Guinevere has been an active athlete throughout high school, participating in field hockey, cross country, indoor track, outdoor track, soccer and wrestling. She has also been involved in the National Honor Society, Beta, the Scholastic Bowl team, Mu Alpha Theta, and is a wellness attendant at the YMCA. Guinevere was also the founder of the Outreach Club at CHS which focuses on community service around Caroline. After graduation Guinevere plans to attend Colorado State University to study zoology and conservation biology.

Alexa Rivas, the daughter of Jose and Glenda Rivas, is a senior at Chancellor High School. Alexa is an active participant in the music and theater department. She has been a member of the orchestra for four years and has taken the leadership role of associate principal violist. Alexa has also been a part of theater all four years, participating in productions such as “Hairspray,” in the role of Brenda; “Men on Boats,” as Andrew Hall; “Rodgers and Hammerstein’s Cinderella,” as Cinderella; and “Ivy Shambitt and The Sound Machine,” as Ernestine. She is also a member of a select improvisation group called RedBox. This summer Alexa had the honor to attend the Summer Residential Governor’s School for Visual and Performing Arts, which only selected 40 students from the hundreds who auditioned. Alexa has received three academic letters, three varsity letters for orchestra and two for theater. She was awarded Best Actress for Drama II and III. Alexa has served as junior class president, and she is the current president of Drama Club, reporter-historian of National Honor Society and vice president of Tri-M Music Honor Society. She is also an active member of Spanish Honor Society, YADAPP (Youth Alcohol & Drug Abuse Prevention Project), Mu Alpha Theta, SCA and the class board. She serves her community as a worship team leader at Fredericksburg United Methodist Church, where she also sings and plays guitar in the youth praise band. Alexa expects to graduate with an advanced diploma and plans to attend a four-year university to double major in political science and theater.

Edward Deskins, the son of Charlene and Edward Deskins, is a senior at Colonial Forge High School. Edward has been a member of National Honor Society, Math Honor Society and Army JROTC. He has been an Honor Roll student for four years. Edward has earned four varsity track letters. He is the 300 meter and 4x200 meter indoor track school record holder and the 2018 indoor track 300m regional champion. His team placed sixth in the 4x400 All-Americans event at Indoor Nationals. Edward has served his community through his church, Real Life Community Church, at its annual Block Party and at a food bank in Fredericksburg. He has also volunteered at Central Rappahannock Regional Library, Brewhaha, Rappahannock United Way Community Appreciation Day, Fredericksburg Blue and Gray Half Marathon and at the Knights of Columbus Freedom 5k race. After graduation, Edward plans to run track and major in mechanical engineering with a minor in environmental science at Virginia Tech or George Mason University.

Sydney Hayden, the daughter of J.P. and Abby Hayden, is a senior at Courtland High School. Sydney is president of the Women’s Studies Club and varsity captain of the field hockey and softball teams. She is an active member of the National Honor Society, Science National Honor Society and National Spanish Honor Society, as well as clubs including Future Americans of Medicine and Class Board. Sydney plans to attend Virginia Tech to study biological or environmental science.

Jackson Parker, the son of Bryan and Valerie Parker, is a senior at Fredericksburg Christian School. This is Jackson’s 13th year at FCS. He has been a member of the National Honor Society for the past three years and is currently serving as chaplain. Jackson has been a member of the varsity football team for the last two years and was named Honorable Mention All-State kicker last season. He has also played varsity soccer, basketball and baseball. Jackson is an active member at Spotswood Baptist Church. Academically, Jackson is very successful, earning Outstanding Effort awards in several classes along with ACSI Distinguished Student Award in Leadership, Service, Athletics and Academics. He has been on the honor roll every semester of high school. Jackson plans to attend Liberty University.

Gina Arritt Elkin, the daughter of Paul and Carla Elkin, is a senior at James Monroe High School. Gina has served as president of DECA, National Honor Society and Latin Club; vice president of Beta Club; and secretary of Amnesty International. She has also been a member of Environmental Club, Girl Up, SODA (Student Organization for Developing Attitudes) and JUMP (Jackets United Mentoring Program). Gina has been a Girls State nominee; and as a member of DECA, she has placed second in the state and been named International Top 10 Finalist in Restaurant and Food Service Management. Gina has volunteered with First Friday Fredericksburg Arts Commission Trolley and at the River Clean Up/Ceili Leahy Day of Service. Gina has applied to University of Virginia and University of Richmond to pursue a degree in business administration with a concentration in finance.

Claudia Hickey, the daughter of Angela Hickey and Declan Hickey, is a senior at Massaponax High School. In her four years, she has received the George Washington Book Award, three Presidential Academic Awards, three Marketing Awards, the HOBY Volunteer Service Award and SCA, DECA and academic letters. Her favorite class has been marketing; she loves being a part of DECA, learning real life skills, and the teachers. She is most proud of helping to create Panther Pals, a club that fosters inclusion of students with disabilities, and leading the club for four years. Claudia plans to attend the University of Mary Washington, where she will major in psychology; she then plans to become a special education teacher.

Aanchal Manish Goenka, the daughter of Manish and Chetna Goenka, attends North Stafford High School. A deep thinker, skillful writer, keen musician and pianist, and a selfless, passionate leader, Aanchal is poised for success as an aspiring attorney through the undergraduate majors of economics, political science or international relations. Aanchal excels in the rigorous academic Commonwealth Governor’s School program. Aanchal is a member of National Honor Society and president of the Spanish Honor Society. She is also a member of the Interact Club, the debate team, Model UN and the vice president of the UNICEF Club. She is an AP Scholar. Aanchal has participated in the Hugh O’Brian Leadership Conference as a school ambassador, state ambassador and staff member, and she was a delegate in Virginia’s Girls State, attended the Summer Regional Governor’s School and Commonwealth Attorney Mentorship. She participates in Young Democrats, Multicultural Club and the school newspaper. Aanchal has volunteered extensively, earning the Presidential Volunteer Service Award, and she embodies the essence of an optimist.

Ezra Sims, the daughter of Shannon Sims, is a senior at Riverbend High School. Ezra is a member of National Honor Society and a James Farmer Scholar. She is also a member of DECA and LAMP, and she serves as historian for Future Business Leaders of America. Ezra has been a member of the varsity volleyball team and was named Most Valuable Player. Ezra serves her community as a tutor at elementary schools and as a volleyball coach. After graduation, Ezra will attend a four-year university.

Declan Williams, the son of Jerimiah Williams, is a senior at the Spotsylvania Career and Technical Center. At his academic school, Massaponax High School, Declan has earned three academic letters. Declan has also been a three-year starter on the varsity wrestling team, where he is captain. He also is a regular church attendee. Declan plans to wrestle in college, obtain a bachelor’s degree in mechanical engineering, and join the Navy as a nuclear engineer.

Tara N. Schmiedecke is a senior at Spotsylvania High School. Tara has been a member of Spotsylvania High School FFA where she has served as chapter president and earned the Green Hand and Chapter Degree awards. Tara has served her community through Spotsy Fest, Children’s Sunday School, Bible Camp, Vacation Bible School, at church dinners and functions, caroling to shut ins and nursing homes and roadside trash pickup. Tara plans to pursue a bachelor’s degree in nursing and hopes to attend Virginia Commonwealth University.

John Peter O’Hara, the son of Peter and Heather O’Hara, is a senior at Stafford High School. John has been a member of Key Club, where he currently serves as treasurer. He is also a member of SCA, Math Honor Society and Sports Medicine. John has been a member of the varsity swim team, earning recognition as a state champion, All State Swimmer and Free Lance–Star All Area Athlete. He has also received Summa Cum Laude honors in academics. He volunteers through New Life in Christ Church. John plans to swim at The College of William and Mary and study economics and marketing.