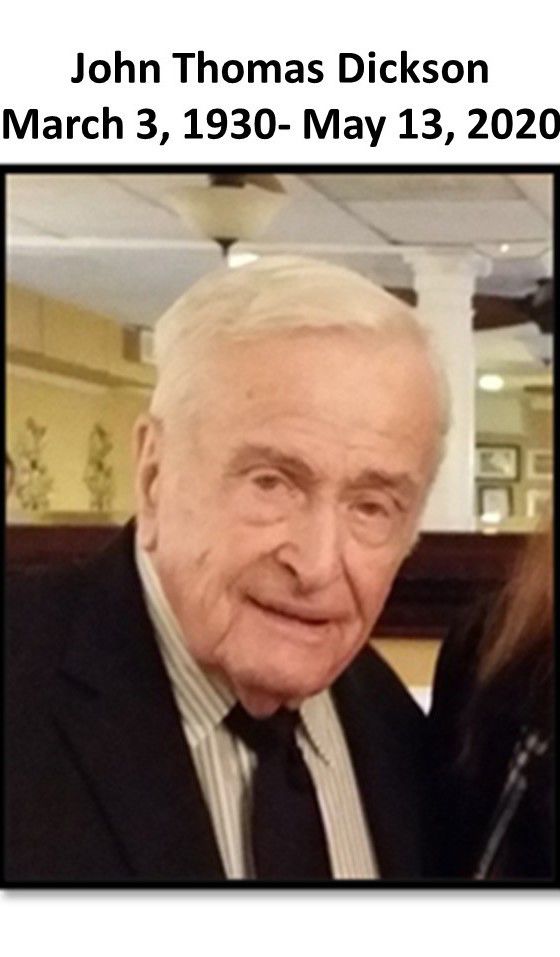 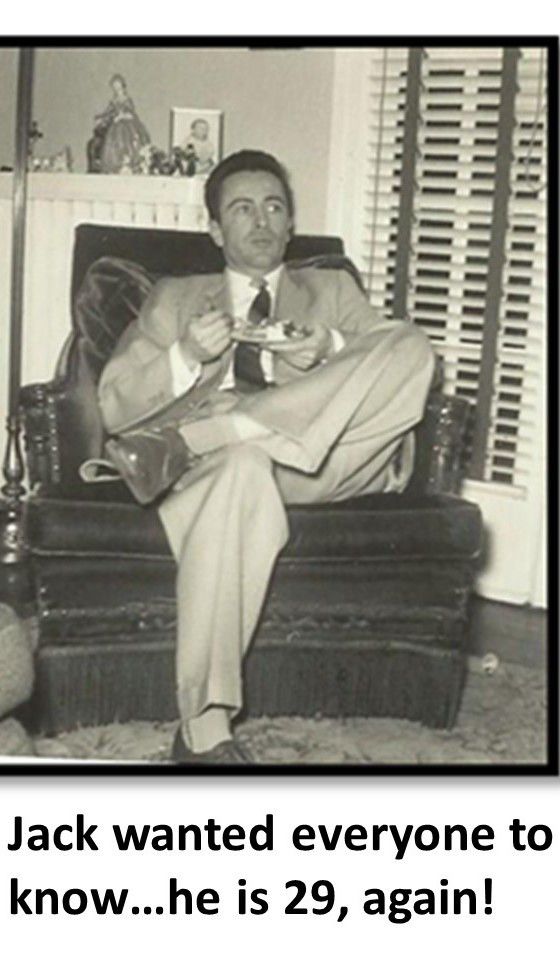 The family of John Thomas Dickson are deeply saddened that the life of the party is gone. "Jack" was Born in Philadelphia on (lucky numbers) 3-3-30 and was preceded in death by his parents David and Violet and his loving wife of 63 years, "Marge". He leaves behind 6 children: Denny (Barb.), Gerry, Marianne (Bill), "Jack" Jr. (Judy), Gene, and Bob and eight grandchildren: Daniel, Casey, Heather, Chris, "Jack" III, Chelsea, Ryan and D.J.. He also leaves behind a sister June (Ken) Fox and his brother, Jim Dickson (Judy). A true patriot to the end, Jack served as an US Navy Airman and was a long-time DOD employee who worked on Missile Defense Packages. He was active in his community, volunteered with The Annandale Boys Club and was a huge fan of The Redskins and The Washington Nationals. Jack will be buried in a private ceremony beside his wife at Quantico National Cemetery and a Celebration of Life will be held at a later date. In lieu of flowers the family requests that donations can be made to your local food bank. Online guest book is available at covenantfuneralservice.com.

2612 Jefferson Davis Hwy Ste 108, Stafford, VA 22554
540-720-5040
COVID-19 Specific Information and Services We are offering free delivery for all deliveries in the Stafford area. We are also offering curbsid…

1230 Jefferson Davis HWY, Fredericksburg, VA 22401
540-371-4509
COVID-19 Specific Information and Services We are open for local deliveries and curbside pick up.
Fredericksburg.com, Fredericksburg, VA ©2020 Lee BHM Corp. | Terms of Use | Privacy Policy | This website is intended for U.S. residents only.
You don't have any notifications.