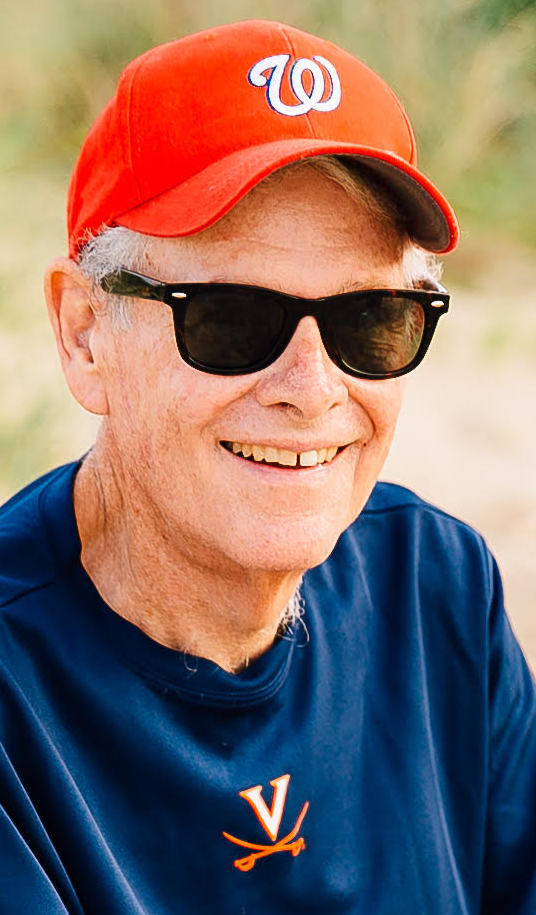 William Edward Rogers, of Fredericksburg, passed away January 6, 2020 after a long bout with cancer. Bill's adventurous spirit and his curious and expansive worldview were born of a childhood spent variously in Lima, Peru, San Francisco, and northern Virginia. He graduated from Yorktown High School and the University of Virginia, and he remained, to the last, a devoted Wahoo. Over the course of Bill's working life, he embraced new and sometimes unexpected opportunities, becoming quite possibly the only person in American history to drive a moving truck, carry mail for the US Postal Service, own a car stereo business, and sell home furnishings. No matter the job, Bill believed that hard work was its own reward, a value he impressed upon his children. Bill was no workaholic, however. He also loved reggae music, a passion cultivated over numerous trips to Jamaica with good friends, and he relished walking 18 holes of golf. A few years ago, he realized a long-held dream when he played a round at Pebble Beach. More than anything else, Bill viewed his family as his greatest accomplishment. Bill and his wife, Wendy, who celebrated 49 years of marriage in October, raised three childrenBryan, Adam, and Emilyand in recent years, Bill enjoyed spoiling his five grandchildren. Bill was a prolific online shopper, especially after acquiring an iPhone, but he wasn't much for wrapping gifts. If it didn't fit in a gift bag, he would just hand it to you. Bill's life was marked by change, but as Terence Mann said in Field of Dreams, "The one constant through all the years . . . has been baseball." As a child, Bill loved Willie Mays and the Giants, and after moving east, he rooted for the Senators. His middle years were spent wandering in the wilderness with the Orioles, but since the return of baseball to D.C. in 2005, he has been a Nationals die-hard and reveled in their recent World Series victory. Unlike the World Series, Bill's bout with cancer was ultimately unwinnable, but like his beloved Nats, Bill Rogers stayed in the fight. He faced his illness with courage and remained a loving husband, father, and grandfather until the very end. He will be missed. In lieu of flowers, the family would appreciate donations to Empowerhouse (www.empowerhouseva.org). A celebration of life will be held in the near future. For updated service information and to send his family online condolences, please visit foundandsons.com.

To plant a tree in memory of William Rogers as a living tribute, please visit Tribute Store.
+1
+1