In a Sept. 25 commentary, Greg Autry argued that “Trumps’ China policy is working,” but the evidence in support of this claim is questionable.

Autry claims that markets drop in response to Trump’s tweets about trade, but that they “invariably resume their upward trends the next day.” This has been true for stocks, but not for bonds.

Bond yields became inverted (yields on short-term bonds became higher than yields on long-term bonds) in the spring when Trump began his latest round of the China trade war. They have stayed inverted for more than three months. For the last half century, every such inversion has been followed by a recession. Trump appears to have convinced investors that he is going to cause a recession.

Autry also claims that “economists Benedikt Zoller–Rydzek and Gabriel Felbermayr concluded that, although U.S. consumer prices for affected Chinese products will rise by about 4.5 percent, Chinese firms will pay approximately 75 percent of the tariff burden.”

However, that paper came out in November 2018 and presented predictions, not estimates of the actual impact.

More recently, Mary Amiti, Stephen Redding and David Weinstein examined the actual impact of tariffs on prices and concluded that “the full incidence of the tariff falls on domestic consumers, with a reduction in U.S. real income of $1.4 billion per month by the end of 2018.” Other economists have found similar results. Autry also fails to note the negative effects of retaliatory tariffs on U.S. producers.

Meanwhile, the most recent data shows growth slowing to just 2 percent, less than half of what Trump promised, and inequality reaching its highest level in 50 years. Maybe Trump’s policy is working for Mr. Autry, but it is not working for many Americans. 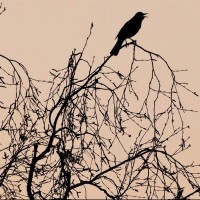 Of course they don't ... if you think about it NOTHING that trump does works for Americans because he's not looking out for our best interests, he's ONLY LOOKING OUT FOR HIS OWN! trump is a traitor. he has betrayed his oath of office, has conspired with known enemies to enrich and elect/re-elect himself! He and pence MUST GO!

We knew all this about him even before the election. What we did not know was that his base is so much in love with him that they will vote for him no matter what he does to our country.