Virus in review: British PM Boris Johnson moved to ICU. Here's what else you need to know. 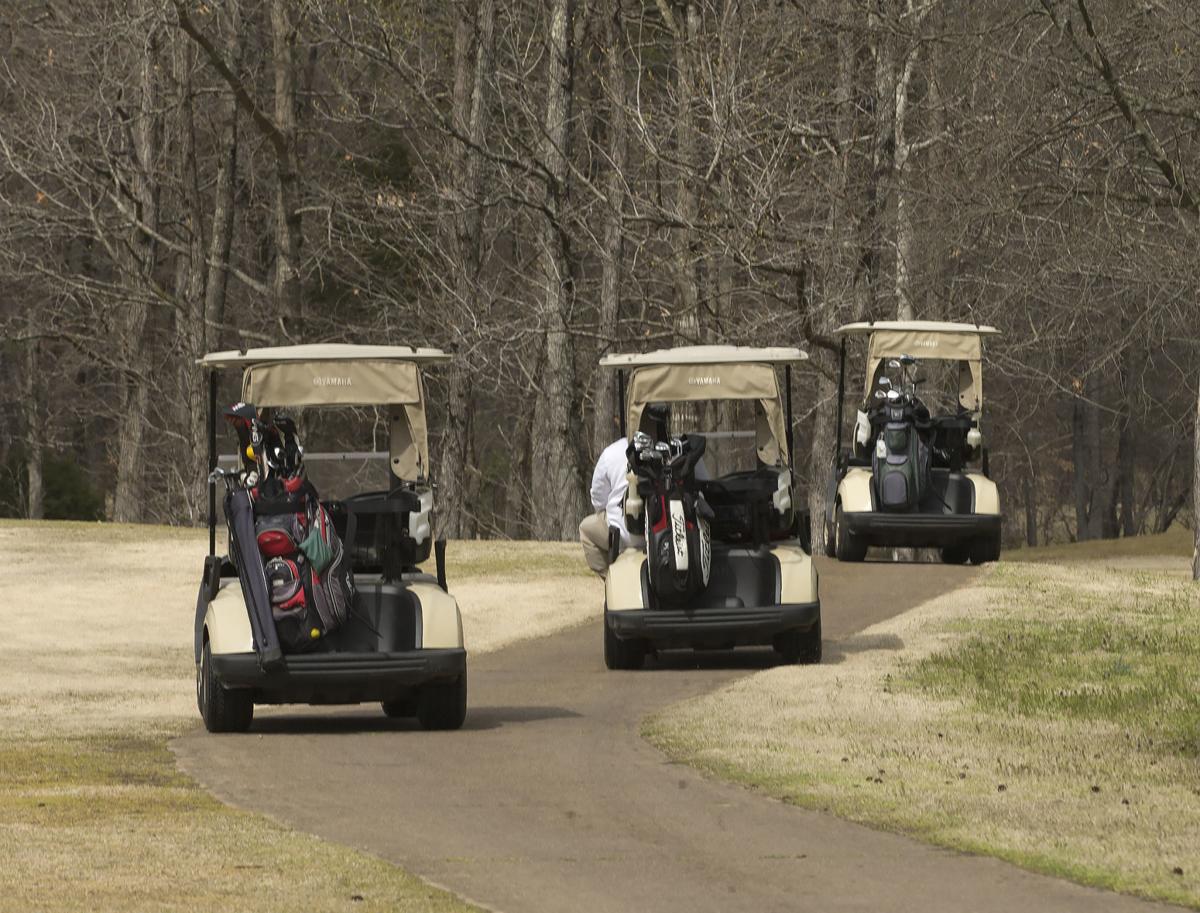 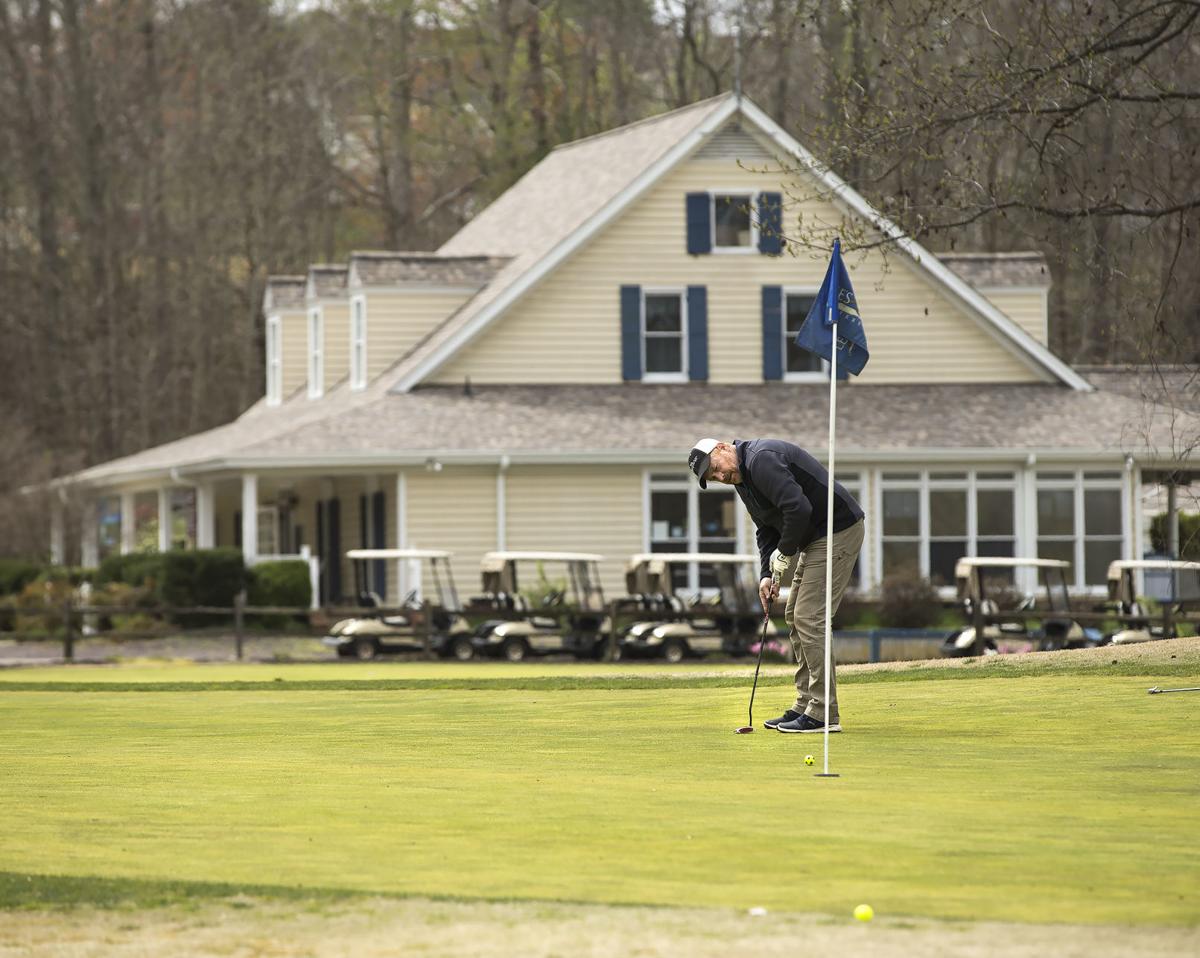 Chuck Watts watches his putt roll to the pin on the ninth green at Lee’s Hill Golf Club in Spotsylvania on Saturday. 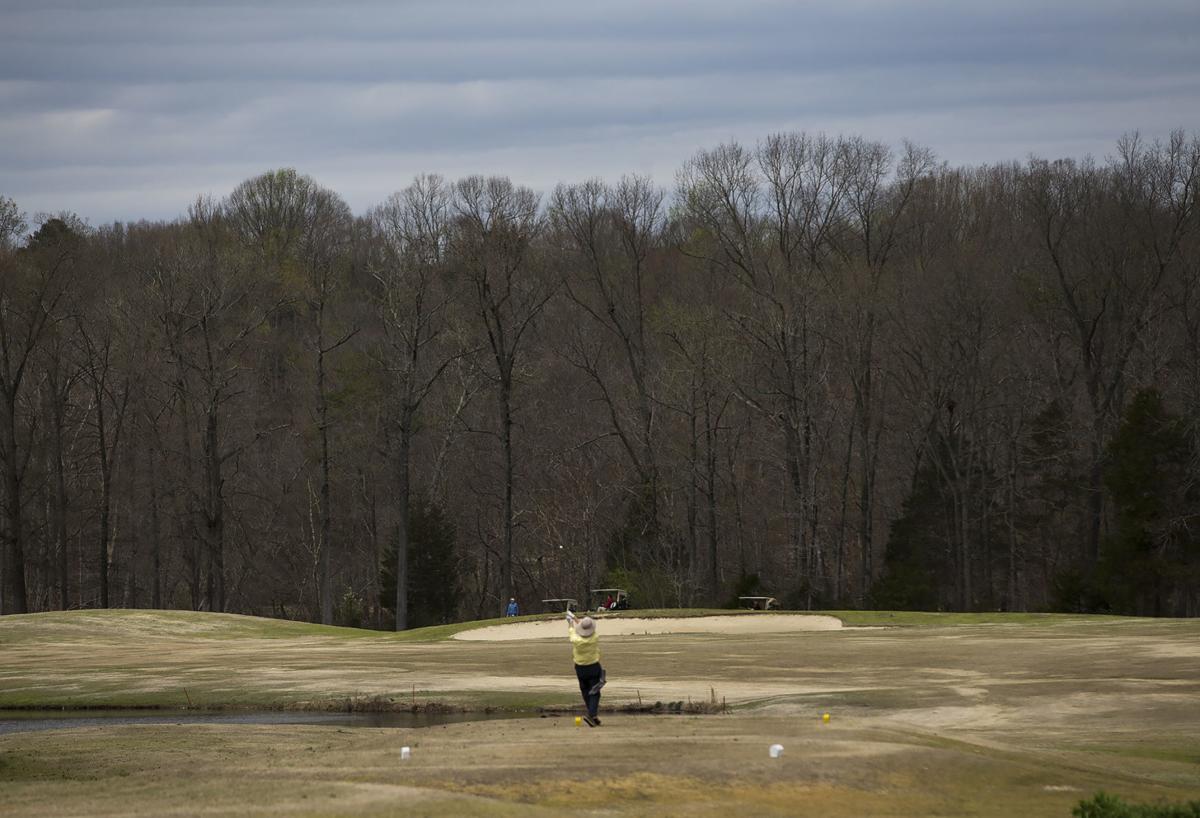 A golfer tees off at Lee’s Hill Golf Club in Spotsylvania County on Saturday, March 21, 2020. The club has removed sand trap rakes, water stations and raised cup holes so that golfers won’t have to handle flags on greens. 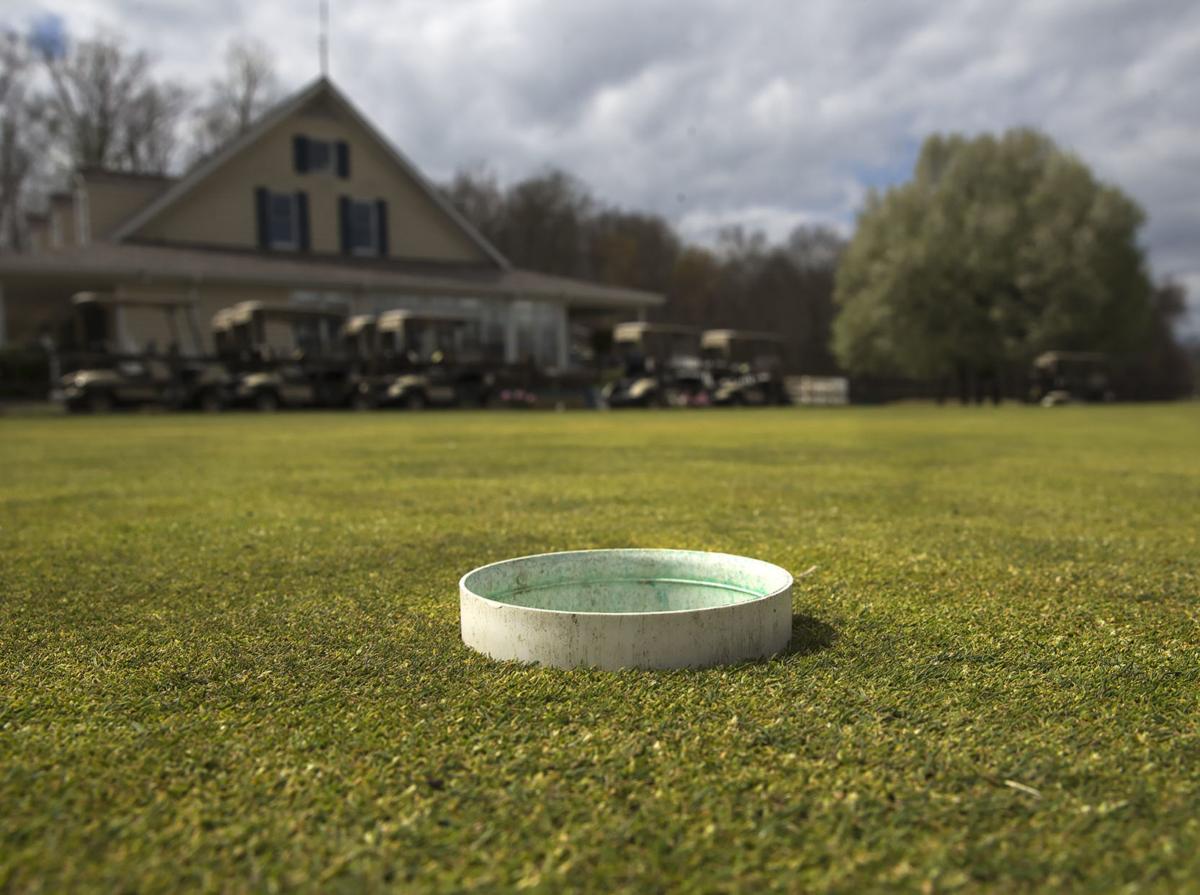 To help keep golfers safe from the coronavirus, Lee’s Hill has raised each hole’s cup liners an inch. If a ball touches a liner, it’s considered a made putt.

Chuck Watts watches his putt roll to the pin on the ninth green at Lee’s Hill Golf Club in Spotsylvania on Saturday.

A golfer tees off at Lee’s Hill Golf Club in Spotsylvania County on Saturday, March 21, 2020. The club has removed sand trap rakes, water stations and raised cup holes so that golfers won’t have to handle flags on greens.

To help keep golfers safe from the coronavirus, Lee’s Hill has raised each hole’s cup liners an inch. If a ball touches a liner, it’s considered a made putt.

From taunts of “Miss it Noonan!” to the existential question: “Are you too good for your home?” it’s hard to conjure a pop-culture depiction of golf that doesn’t hinge on whether a small white ball will alight in a 4.25-inch diameter hole.

But the coronavirus pandemic has touched every facet of life, and golf is not immune. Courses across the Fredericksburg-area have remained open in the age of social distancing, but not without core changes to the game.

At Lee’s Hill, cup liners have been raised an inch to prevent players from reaching into the same space repeatedly. Once the ball bounces off the cup, it’s deemed to have holed out. Owner Jamie Loughan said he adopted the idea after reading online about a course in Connecticut.

“This isn’t old-school golf, but we’re not in old school times, either,” Loughan said. “We’re in unprecedented times and just trying to keep things safe for everybody.”

Protecting golfers is good business, and business is booming.

The Virginia State Golf Association tracks the daily number of handicap rounds statewide. According to the VGSA’s data, 1,053 scores were posted on March 18, 2019. On the same date this year, the number was 2,872—a 173-percent increase. All VGSA events, it’s worth noting, have been cancelled through April 19.

Mike Bryd, who owns the Gauntlet Golf Club, said his course booked roughly 195 rounds on Friday, the most ever for a single day in March.

One possible explanation for the surge? Most folks are “working from home.”

“You’re not in contact with as many people as other sports,” said Kelsey Brodkin, office manager at Meadows Farms Golf Course. “I think people are off work, they’re getting a little stir crazy, they’re playing a little more. Typically, you’re only playing with people you’d quarantine with anyway.”

Ample acreage makes it easy for players to fan out on the course. Other changes being implemented locally: the removal of rakes from bunkers (another temporary local rule at Lee’s Hill: free relief from sand traps) along with other common surfaces like water coolers and ball washers.

Courses are sanitizing carts twice as often and allowing players to prepay and check in over the phone—avoiding a visit to the clubhouse—before teeing off. Players are encouraged to take pencils home and forgo the sport’s customary post-round handshake.

The myriad tweaks have received the endorsement of some members of the medical community.

“I believe that adequate social distancing can be performed with golfing,” Amesh A. Adalja, senior scholar at Johns Hopkins Center for Health Security, told The Wall Street Journal. “If people can remain six feet apart and not touch common surfaces the game is likely safe.”

Starting today and through April 7, Fredericksburg Country Club is taking a decidedly different approach to daily operations: no golf staff will report to work, but the course will remain open for members to walk.

“It’s basically going to be like a park,” Wagner said.

Food and beverage operations have been scaled back to comply with the governor’s decree limiting gatherings to 10 people or fewer, while some courses have removed indoor seating completely.

Even with a steady stream of paying customers, there are subtle signs this isn’t business as usual. Loughan said the crowd frequenting Lee’s Hill of late “might have a few more 30- and 40-year-olds in it and not as many 70- and 80-year-olds.”

Still, if the adage holds that a bad day on the golf course is better than a good day in the office, then it beats the hell out of an indefinite quarantine.

“Quite honestly, people are thanking me that we’re open and we’re taking all the precautions that we are,” Byrd said. “In a way, besides the fact that we’re a business trying to stay afloat, we’re maybe doing something good for people.”